"Black Panther flirts with greatness with every scene, and every character."

"Black Panther succeeds in many ways, but lacks in fundamental blockbuster obligations. "

Black Panther is full of ideas that it doesn’t know how best to consider. Those ideas could make up part of a great film, which Ryan Coogler’s Black Panther isn’t. It is more determined than every other Marvel film because it initially appears to have more to say. Is that because there’s more at stake? Perhaps, but there shouldn’t be. That the MCU has finally made a film that centres around a black superhero is wonderful. That is took as long as it has is disheartening, and Coogler is evidently aware of the weight of responsibility.

The scope of Coogler’s ambition is admirable but his realisation of that ambition is flawed. Black Panther is concerned with the experience and position of black people, historically speaking and in a contemporary sense. As a white Australian, I am in a poor position to review the emotional and intellectual impact that Black Panther will have on people of colour. It is not the first film to depict a black superhero. It is predated by both Spawn and Blade. But the fact that films focused on white superheroes are predated by too many films to list here is significant. 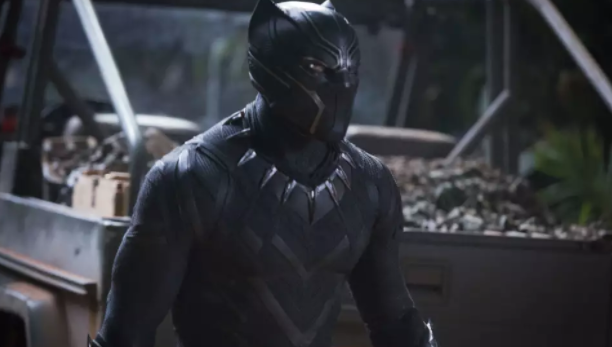 In some ways, Coogler’s film is a celebration of African culture. The central character, T’Challa (Chadwick Boseman) is the king of the fictional African nation Wakanda. If Gene Roddenberry’s Star Trek depicted a future in which things turned out well for humanity then Coogler’s Wakanda is an Africa not torn apart by poverty and war. It is an Africa in which Africans do not come up disproportionately short. The reason for this is that Wakanda is rich in a substance called Vibranium, a metal of such fantastic properties that it makes impossible technology possible. Coogler ought to have brought a greater coherence to his vision of Wakanda because the beautiful mix of tradition and technology is one of the best parts of Black Panther.

Coogler may not be a natural storyteller. Consider his previous two films. Fruitvale Station was a powerful film, but encompassed less of a story and more of a tragic snapshot. His follow up feature, Creed, told a story that has been told many times before in cinema, but told it well. Coogler’s strengths as a filmmaker undoubtedly penetrate Black Panther, but his weaknesses douse the film.

The film that Coogler has built around his central conceit regarding the African history and the persecution of Africa and its descendants is not as strong as that central conceit itself. Michael B. Jordan’s villain Eric Killmonger certainly has a compelling motivation, but Black Panther leaves the most interesting parts unexplored, syphoning it down into something more mundane and banal. Killmonger’s ultimate plan in relation to his motivation is even more dull. Black Panther entices with some fantastic concepts and then systematically reduces them to something less interesting. I was struck by how much Black Panther ultimately resembled any other Marvel film considering the creative initiative which Coogler (who also co-wrote the film with Joe Robert Cole) is clearly pursuing.

Black Panther flirts with greatness with every scene, and every character. That the characters are so memorable possibly has more to do with the performances from the actors than anything else. More frustrating than a bad film is a film that comes closer to distinction than its eventual quality suggests. Black Panther succeeds in many ways, but lacks in fundamental blockbuster obligations. 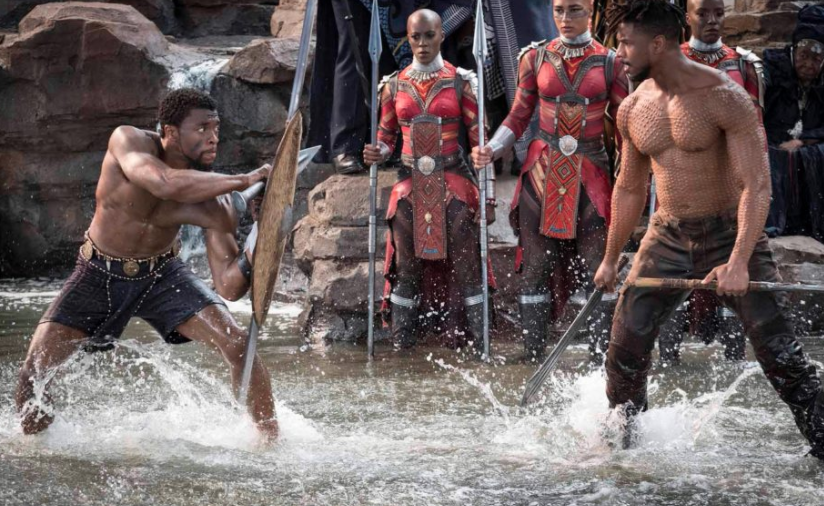 At this stage, the Russo brothers, who directed two of the three good Marvel films, Captain America: Winter Soldier and Captain America: Civil War, (the third good Marvel film is Guardians of the Galaxy), are keeping Marvel afloat. Not in a financial sense. These films will continue to make money for the unforeseeable future. But the creative backbone of these films is broken. The Russos are natural storytellers. With minimal screen time, they managed to make more of an impact with the character of T’Challa in Captain America: Civil War than Coogler does in over two hours in Black Panther.

I hope that Black Panther succeeds commercially, despite my misgivings, because the film’s cultural significance and power may just outweigh the import of its creative accomplishments. Regardless of Marvel’s position within Hollywood as a storytelling force, the company undoubtedly occupies a compelling ground in which financial success is so guaranteed that it can beget change for the better.