"Joseph Kosinski has made a film about people in their lives as firefighters, not just the tragic event in which they died."

"Brolin can play gruff machismo in his sleep, but this performance is not given in his sleep..."

Recent Historical Events Where Americans Died and Their Wives Mourned Them has been an obsession in Hollywood lately, such that it has almost become its own subgenre. (Josh Brolin has now been in two of these movies, if you count Everest.) And like every subgenre, it has its distinguishing marks, its narrative shortcuts, its clichés.

But there was an unexpected cinematic benefit to the fact that the 2013 Yarnell Hill Fire killed its 19 “hotshot” firefighters so quickly. Had it been a drawn out event, filmmakers might have spent 100 minutes dramatizing it, with only token character development to boost the emotional impact. Instead, in Only the Brave, Joseph Kosinski has made a film about people in their lives as firefighters, not just the tragic event in which they died. 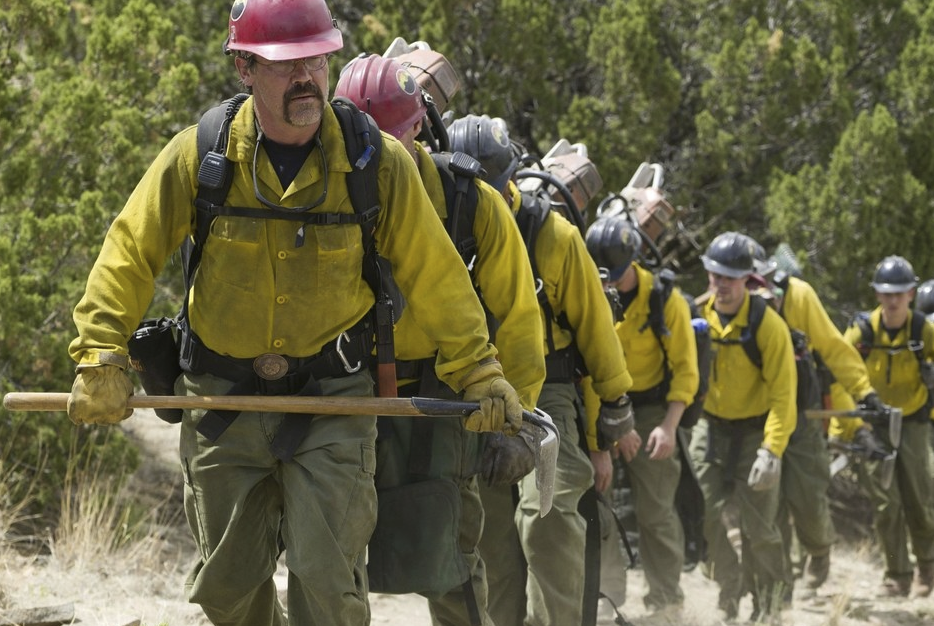 You keep waiting for this next fire to be “The Fire,” and it keeps not being. When “The Fire” does finally arrive, it’s all the more wrenching. We’re as surprised by the suddenness of it as they undoubtedly were. And we are not just losing characters – we’re losing people.

Those people are members of a specialised fire brigade supported by the municipality of Prescott, an Arizona town prone to wildfire activity due to its hot, arid climate. As we first meet the Granite Mountain Hotshots, they are in their infancy, struggling to earn the right for the evaluation that will certify them to create controlled burns, which will help contain those that aren’t under human control.

In one of the film’s unconventional touches, screenwriters Ken Nolan and Eric Warren Singer introduce us to the primary characters through parallel narratives: the story of the traditional heroes who comprise any fire brigade, with their beefy biceps and endearing wisecracks, and the story of a junkie burnout who doesn’t realise he’s impregnated the woman he dumped via text.


It’s unclear how these stories will converge for at least 15 minutes. When they do, of course the junkie (Miles Teller) will be the final addition to the team, an unlikely opportunity extended to him by the sympathetic superintendent (Brolin), who takes chances on people who take chances on themselves.


As these guys form into a team and fight fires over the course of several years, relationships develop, bonds break and change, and wives ordinarily given the short shrift in these scenarios – Jennifer Connelly in this case – receive their own subplots and moments of agency. As the movie is approaching its two-hour mark and the event we know is coming hasn’t arrived yet, we’ve forgotten some of the clichés and narrative shortcuts that started the film, and realise how absorbed we’ve become in the performances and the lives in question.

The ending is ominously foreshadowed through regular drills. In the event that they are surrounded by flames, the hotshots are trained to whip out mylar shelters in which they will encase themselves in the hopes of riding out an inferno. On the surface, it appears to have all the likelihood of success of one of those 1950s “drop and cover” campaigns to protect yourself from a nuclear blast. But the firefighters know that when they’re in the shit, this is the only thing that might save their lives. Might. 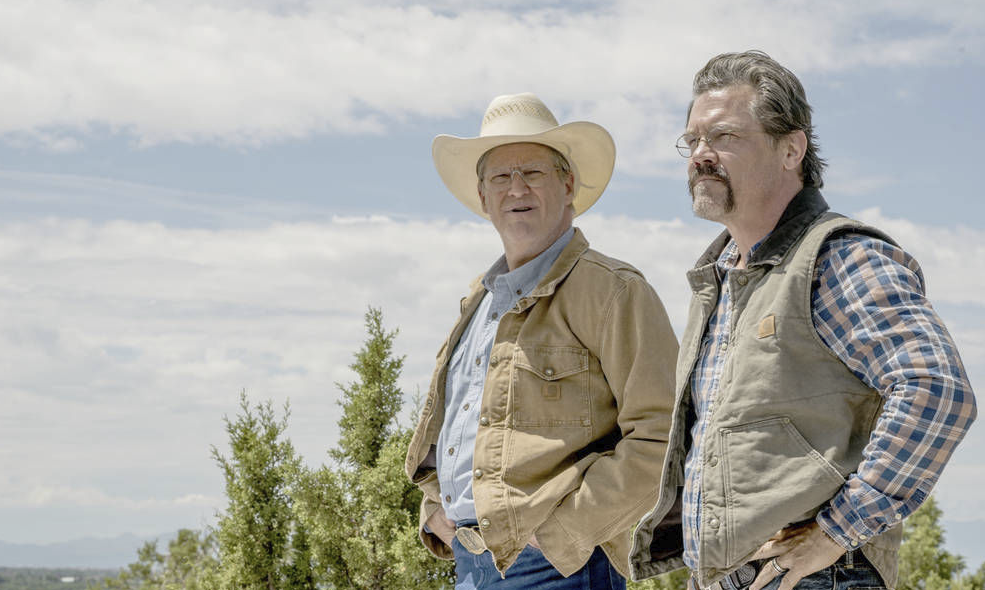 The film is anchored by strong performances. Miles Teller typically does good work, but we’ve never seen him play a character quite like this, who starts out in the throes of drug addiction before eventually winning his keep. The little moments after he stops numbing his emotions with drugs are virtuosic samples of the craft. Brolin can play gruff machismo in his sleep, but this performance is not given in his sleep, containing moments of real subtlety and nuance. Taylor Kitsch, who was on his way to stardom a few years ago before being derailed by a couple flops, also displays dimension that’s surprising for the character established as the ladies man and shit talker.

Connelly may be the one who deserves special mention, though, as she is the best example of the film trying to avoid the pitfalls of other films in which wives are stranded in remote locations, tied to their phones, awaiting updates on their husbands. Always a powerhouse performer, Connelly really gets to stretch her chops in a couple scenes with her husband (Brolin’s Eric Marsh) that don’t simply involve when he’s coming home and whether he’ll be safe. You get the sense Connelly wouldn’t have taken a role like this unless she knew it was going to serve her well, and indeed it does. 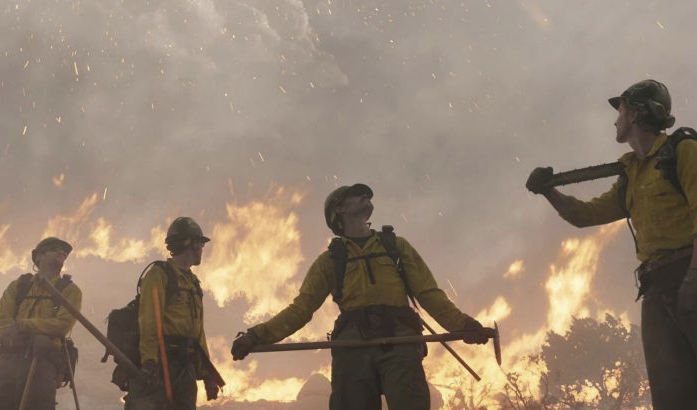 As an additional touch of acting royalty, even Jeff Bridges shows up in a less central role, providing his usual brand of facial tics and other mannerisms that might seem fussy if they didn’t also seem so true. Maybe the film didn’t need him, but it does get a little extra dose of legitimacy as a result.

Earning his own kind of legitimacy is Kosinski, a director and special effects prodigy who never really launched. His primary skill set was used toward a couple films that were ultimately failures, those being Tron: Legacy and the Tom Cruise vehicle Oblivion. Only the Brave does not rely heavily on special effects, or at least not in a way that would require an expert. Counterintuitively, this is the Kosinski film that really works. Those films looked good, but were empty. This one also looks good, or as good as it needs to, but is rich and full.