"Far scarier than Breach’s ambiguous alien parasites is the idea that people might still be wearing the exact same clothes hundreds of years from now."

"Like a lot of bad genre movies, Breach takes far too long to get to the action."

Breach is so utterly generic that it’s actually quite a strange movie. Every line uttered, every scene, is derivative of the 80s-90s action milieu—Aliens in particular, but really any film from that period where a group of roughneck Americans fire assault rifles down dimly-lit corridors. It seems to be targeted at a hypothetical B-movie, genre fanatic audience, but I can’t imagine anybody who enjoys science fiction or horror getting any pleasure out of Breach, a film which feels phoned in on every level. 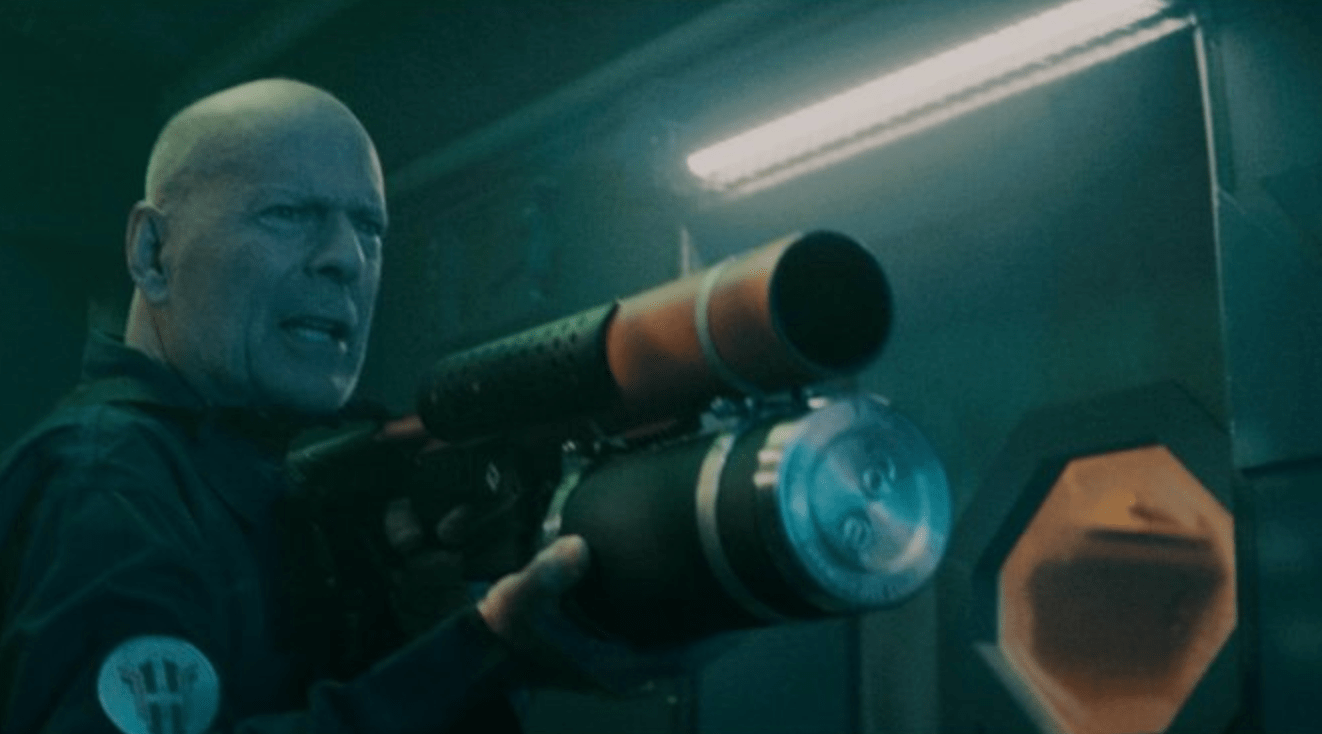 For example: the film is set in the year 2242, but all the characters dress and talk like 21st century Americans. If you don’t want to come up with new fashion or slang, don’t set your film in more than two centuries’ time! It’s not that complicated. Far scarier than Breach’s ambiguous alien parasites is the idea that people might still be wearing the exact same clothes hundreds of years from now.

At the beginning of the movie, Earth is on the brink of a non-specific catastrophe. A few lucky survivors make it on board the last colony ship heading for “New Earth.” Among them are Hayley (Kassandra Clementi), daughter of the ship’s captain, and Noah (Cody Kearsley), her boyfriend and father of her unborn child. (Her pregnancy is tactfully revealed when Noah presses his hand lovingly against her stomach.)

Noah is a stowaway who has boarded the ship with false papers—a crime punishable by eviction through the airlock. As Hayley and the other passengers go into stasis for the six-month trip to New Earth, Noah works in a skeleton crew keeping the ship running. But an alien parasite gets into the crew and begins to transform them into deranged zombies. This parasite has no definite origin: “Maybe it was here before the universe,” one character incoherently speculates.

Like a lot of bad genre movies, Breach takes far too long to get to the action. The first 30 minutes of the movie are consumed by the characters drinking and talking aimlessly in a way which does nothing to develop character. There is an obligatory Aliens-style cafeteria scene where the crew sit around bickering and eating breakfast until their lunatic sergeant bellows at them to get to work. Even after one character explodes in blood, infecting his crewmate with the parasite, the film cuts back to the characters having a birthday party. Once the film does get underway, the action scenes that follow are totally devoid of any verve. The shooting is fake-looking and low-impact, and listening to the characters grunt at each other is exhausting.

Although it stars Bruce Willis, Breach was obviously made on a budget. A science fiction film can manage on a small budget if it’s made with flair and enthusiasm. But Breach is wearisome—deeply, deeply wearisome.

Breach is currently available on BluRay and VOD.