"The imperfection of adults may be nothing knew when it comes to coming of age films but it is nonetheless a strength of this film."

"The surfing scenes are possibly the best committed to a feature film, outside of documentary filmmaking. "

Extremes and youths bridge one another comfortably. As we grow older, the extremes with which we engage are the ones that we adopted when we were young, the ones that we never jettisoned. Their parameters may have expanded but the extremes themselves are familiar ones. The young have wider opportunity and a looser criteria when it comes to extremes. It’s why coming-of-age stories are almost a genre unto themselves. We can all empathise with the education by experimentation that accompanies adolescence.

Simon Baker’s Breath, based on the Tim Winton novel, is very much about extremes. It is told from the point of view of two young men living in a small community in Western Australia and involves adults who guide them beyond comfort and safety toward their own set of established extremes. The imperfection of adults may be nothing knew when it comes to coming of age films but it is nonetheless a strength of this film. 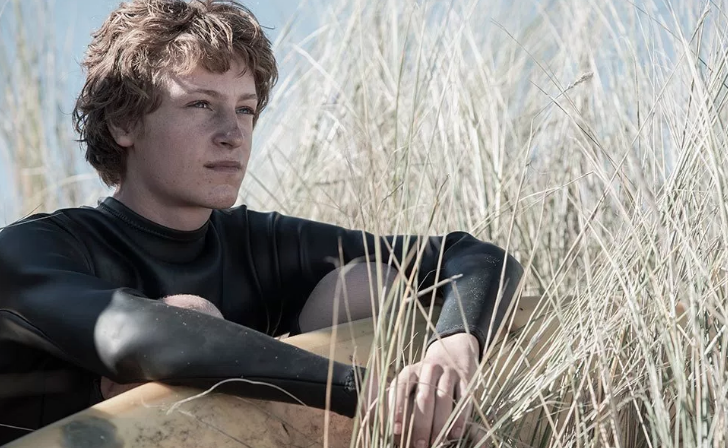 The central character is Pikelet (Samson Coulter), a nearly-14-year-old boy living in a stable home with his loving mum (Rachael Blake) and dad (Richard Roxburgh). Pikelet’s best friend is Looney (Ben Spence), who’s familial situation is less secure. Looney is as reckless and wild as Pikelet is measured and quiet and we immediately get the impression that this is not a friendship that will last a lifetime, even though it may last until the final reels of the film. Their personalities are too incongruous. What they have in common is adolescence.

“Never had I seen something so beautiful, so pointless and elegant, as if dancing on water was the best thing a man could do,” the adult Pikelet, in a voiceover by Winton himself, recalls. He is talking about surfing, which the boys discover on one of those expeditions that lead nowhere in particular that most of us embarked on when we were younger. They are hooked. They test the waters on cheap styrofoam boards but realise quickly enough that they need something more substantial, saving up enough money to buy a pair of banged-up fiberglass boards. The man who sells the boards describes them as ‘crap’. To Pikelet and Looney, they’re everything.

The two figures around which Pikelet and Looney begin to revolve are Sando (Baker) and Eva (Elizabeth Debicki). Sando notices the boys’ dedication to their pursuit and adopts an informal mentorship role that walks a fine line between learned guidance and irresponsible directing. His extreme is big wave surfing, a particularly dangerous form of the activity. Eva is his wife. She is aloof and unfriendly towards the boys, but entertains extremes of her own.

The performances by Coulter, Spence, Baker and Debicki are all integral to the film’s success but it is Coulter and Spence that make the most resounding impression. Neither have acted previously and both were chosen for their adeptness at surfing because, as Baker recently commented, it is “a lot easier to act than it is to surf.” 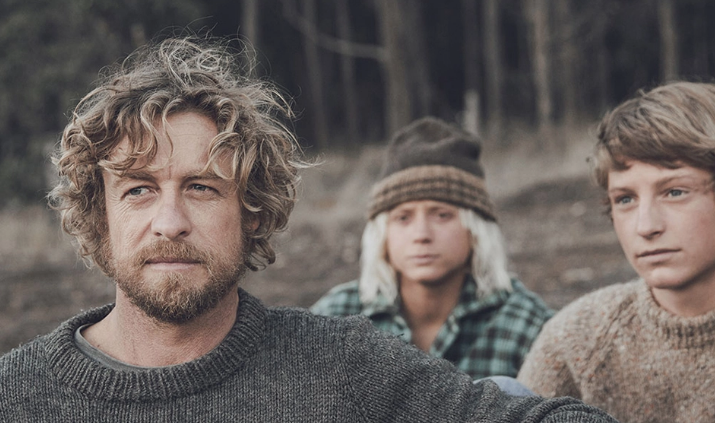 His decision to find surfers who might be able to perform was the correct one. The surfing scenes are possibly the best committed to a feature film, outside of documentary filmmaking. That we are able to really see these two characters surf is important to the immersion of place that Baker encourages. That both performances are as faultless is they are is enormously impressive.

Breath is a story of understatement, despite following characters that pursue large sensations. It is the sort of story that does less than you think it will, which is a strength. It also offers, to a degree, a portion of those sensations, and of the vivid Western Australian environment, to its audience. Baker and Winton’s subject may be universal, but the place is specific. Breath is 2D virtual reality.