"Call Me by Your Name has something to prove, and it can’t quite live up to the burden of all that hype."

"A message movie would not be in the style of the director, but by giving us comparatively little to grasp, he’s also given us little investment in the urgency of this relationship. "

There are two ways to interpret the central romantic relationship of Luca Guadagnino’s Call Me by Your Name. One is as a romance between equals, as the characters are separated in age by only seven years. The other is to view it as a younger man crushing on an older one, as those seven years span the crucial developmental ages of 17 to 24. The actor playing the older man, Armie Hammer, is 31 years old, so that tends to emphasise the age difference even more. When Hammer was actually 24, he was playing twin frat boys in The Social Network.

Neither interpretation is completely satisfying, and that’s traceable to Hammer’s performance. If it’s an older man that Timothee Chalamet’s Elio is infatuated with, we need to better understand the seeds of his infatuation. The object of his desire, while hunky, is flippant and a bit vacuous despite his obvious intellect. If it’s between equals, then Hammer doesn’t contribute his share of the passionate longing that allegedly binds them. Either way it’s a disservice to Chalamet, who is earning some of the best acting notices of the year on his way to an Oscar nomination, and possibly even the award itself. 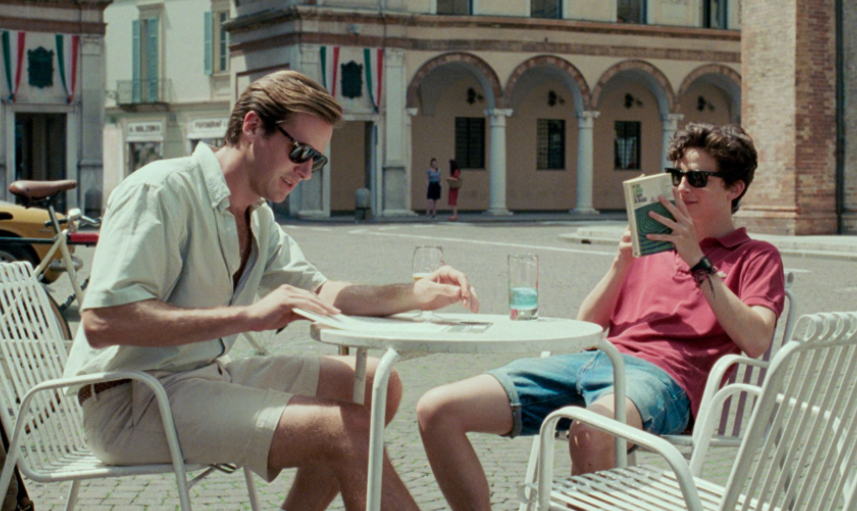 To couch this criticism in its proper context, we have to acknowledge that Call Me by Your Name, like its young lead, is one of the year’s most acclaimed. It was received rapturously at festivals and has gone on to grace numerous critics top ten lists, including being named the year’s best by several influential bodies. By getting in at the tail end of its release schedule, Australia is thrust into that all-too-familiar position of receiving a movie post-hype. For us, Call Me by Your Name has something to prove, and it can’t quite live up to the burden of all that hype.

As with all of Guadagnino’s films, the story takes place in the most picturesque corners of Italy. Northern Italy, in this case, in the kind of estate/villa with olive trees growing in the courtyards and about seven different dining tables, all of which are outdoors. The home belongs to an American academic (Michael Stuhlberg), his French wife (Amira Casar) and their teenage son (Chalamet), as English, French and Italian are all spoken freely by the characters. Elio is exploring music, literature, lounging by the pool and the pleasures of the flesh with his girlfriend (Esther Garrel) when a spanner is thrown into his personal works in the form of Oliver (Hammer), an American research assistant who will spend six weeks assisting Elio’s father on various archaeological projects. Oliver is a specimen of the male physique on par with the statues his father is unearthing, and even the dorky fashions of 1983 don’t prevent him from making the local girls swoon.

Soon, Elio himself begins to swoon. The film doesn’t clarify whether Elio had dormant homosexual tendencies that are awakened by Oliver, or whether this is something he’s only just discovering about himself, but he and Oliver begin venturing small signals to each other, gestures that have plausible deniability should they not be reciprocated by the other. As they do begin mutually reciprocating, they hide their affair out of fears of the disapproval of Elio’s parents, or society at large at a time when public displays of homosexuality carried a steep price.

To characterise Call Me by Your Name as a film about the taboo of homosexuality, though, would be inaccurate. The reasons Elio and Oliver might be hiding their relationship are only hinted at, leaving the focus of the film as the peaks and valleys of falling for someone under impossible circumstances. Whether those impossible circumstances are the age difference, the potential offence to a gracious host, the stigma of homosexuality or merely the fact that Oliver’s stay is only six weeks, the film does not say or even particularly care about. It’s far more a film that luxuriates in its environment, in refreshing swims in lakes and pools, in consumption of delicious food, in carefree bike rides, in the dizzy heat of falling in love. 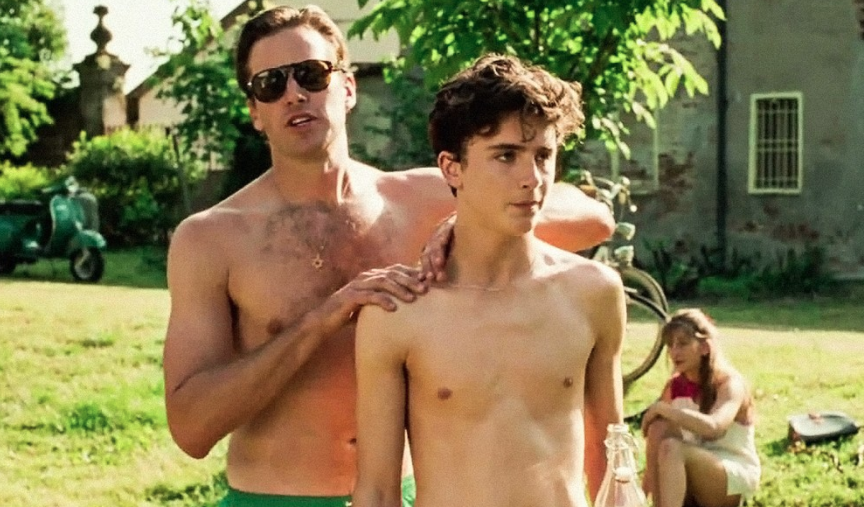 Which is also kind of its shortcoming. Call Me by Your Name could do to be about more than it actually is. A message movie would not be in the style of the director, but by giving us comparatively little to grasp, he’s also given us little investment in the urgency of this relationship. Chalamet is truly splendid here, showing capabilities well beyond his 22 years, but you find yourself wishing that the director had given him more on which to expend his talents. Being in the throes of infatuation is certainly something, and Chalamet does it well, but that brings us back to the object of his infatuation not seeming truly worthy of him. The opportunity created by their proximity seems more responsible for their relationship than any connection that goes beyond the most superficial elements. 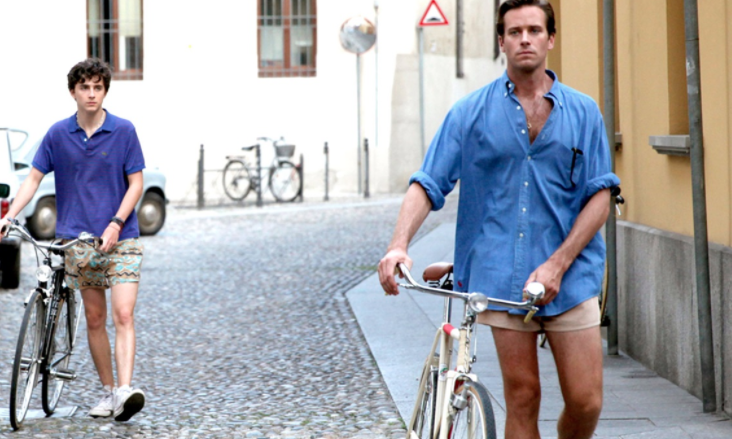 Then again, to deny the basic beauty of the film is also unfair. There’s a splendour to the look of this film that is, at times, breathtaking. Anyone would want to spend time in this part of Italy, and Call Me by Your Name allows us to spend two hours of our time there. One suspects that if the action were moved to some kind of urban sprawl, the movie would not be nearly as interesting, but that’s why people set movies in beautiful environments. It scratches the travel itch in all of us.

There’s plenty of beauty beyond the surface of this movie. Although all the moments between Chalamet and Hammer do not register, some of them certainly do, and are lovely. Plus, this film ends with two big emotional scenes that would be powerhouse moments of acting even viewed in isolation. It just feels like Guadagnino could have found a way for us to appreciate them better in the context of his whole film.