"Perhaps unsurprisingly, lonely people tend to be underrepresented at the movies."

"That film had aesthetic flights of fancy while this one is starkly realistic, so it almost doesn’t seem like the work of the same person. "

Can You Ever Forgive Me? is a story about lonely people, masquerading as a low-key dramatisation of a quirky little historical event. It does both of these things reasonably well, but the former is the more useful. While quirky little historical events have probably always been the subject of motion pictures, they’ve gained a head of steam in recent years. Perhaps unsurprisingly, lonely people tend to be underrepresented at the movies.

Lonely Person A is Lee Israel (Melissa McCarthy), a not-successful-enough celebrity biographer who is letting herself go in menial copyediting jobs that don’t make use of her full repertoire of skills. Her primary skill nowadays seems to be knocking back whiskey and leaving her apartment a minefield of rubbish for her cat to navigate. Lonely Person B is Jack Hock (Richard E. Grant), a flamboyant cad content to drink and grift his way through New York City of 1991. Drinking is the thing they have in common, as well as a fair bit of misanthropy. Needless to say, they meet in a bar. 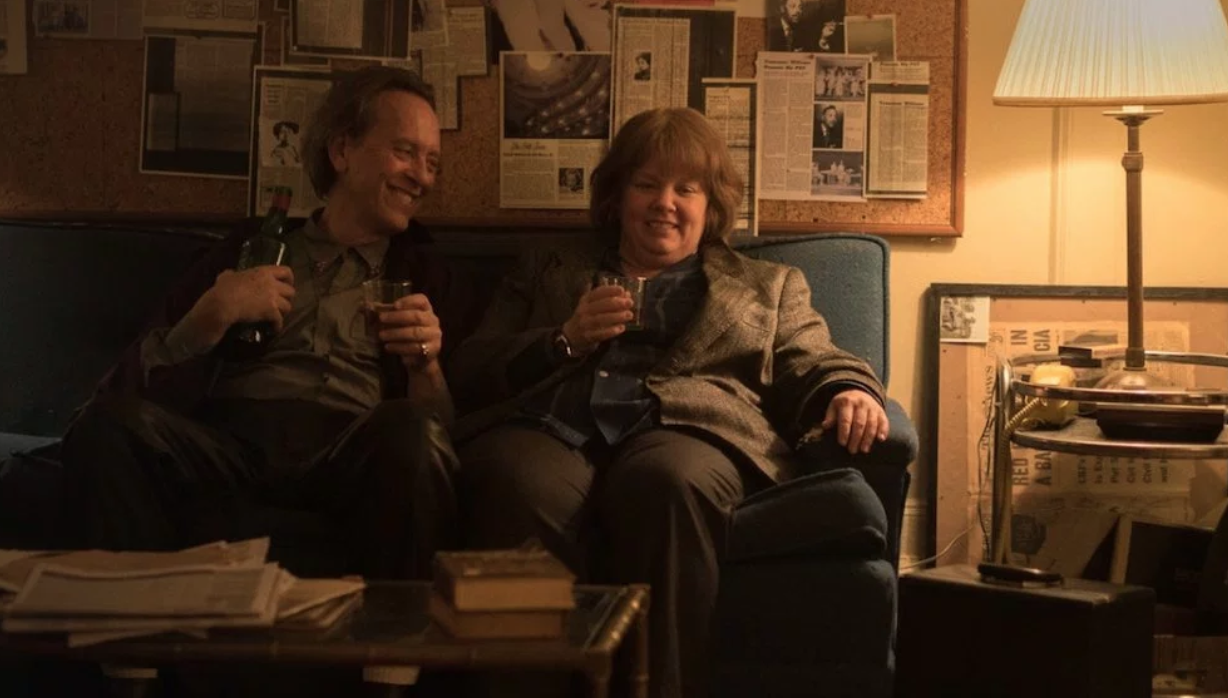 Lee can’t get an advance from her agent on a biography of legendary comedienne Fanny Bryce that she wants to write, so she’s about to be evicted from her apartment. While researching the biography, two letters written by Bryce fall from the pages of the volume she’s perusing in a library collection. These literary historical artefacts fetch decent money in a market of collectors, with rare booksellers functioning as the middle men.

A desperate Lee sells the first letter, but learns that it won’t gain her much of a return because the content is too vanilla. Well, Lee’s a writer with an old typewriter that matches the one Bryce used, and a gift for caustic witticisms if she does say so herself. She earns a lot more by embellishing the other letter with a Bryce-like post-script, and it’s not long before she’s conjuring entire letters written by greats of that era like Noel Coward and Dorothy Parker, using a variety of methods to age the paper and duplicate the signatures for maximum authenticity.

Lee is an authentically talented person forced into inauthenticity because her talents can no longer earn her a living. Film critics can sympathise, though let’s hope most of us don’t resort to producing inauthentic opinions. And so Lee is like many others you see on the street any day of the week, gnarled from a decent person into a not-so-decent person by obsolescence, failure and some personal vices. Jack is more upbeat but also more unscrupulous. He seems never to have had the moral centre she once enjoyed.

McCarthy and Grant buck the odds and make these characters likeable. Or if not exactly likeable, then at least compelling. McCarthy’s doing that thing awards bodies love, eschewing the comedic instincts that have put bread on her table for a decade now, and going full drama. The irascible nature of her character is blackly comic, but McCarthy is not really using any of her comedic tools. There’s nary a pratfall or an episode of insult slinging. In fact, it’s strange to watch McCarthy and not laugh, and it does lead to the film feeling out of rhythm from time to time. 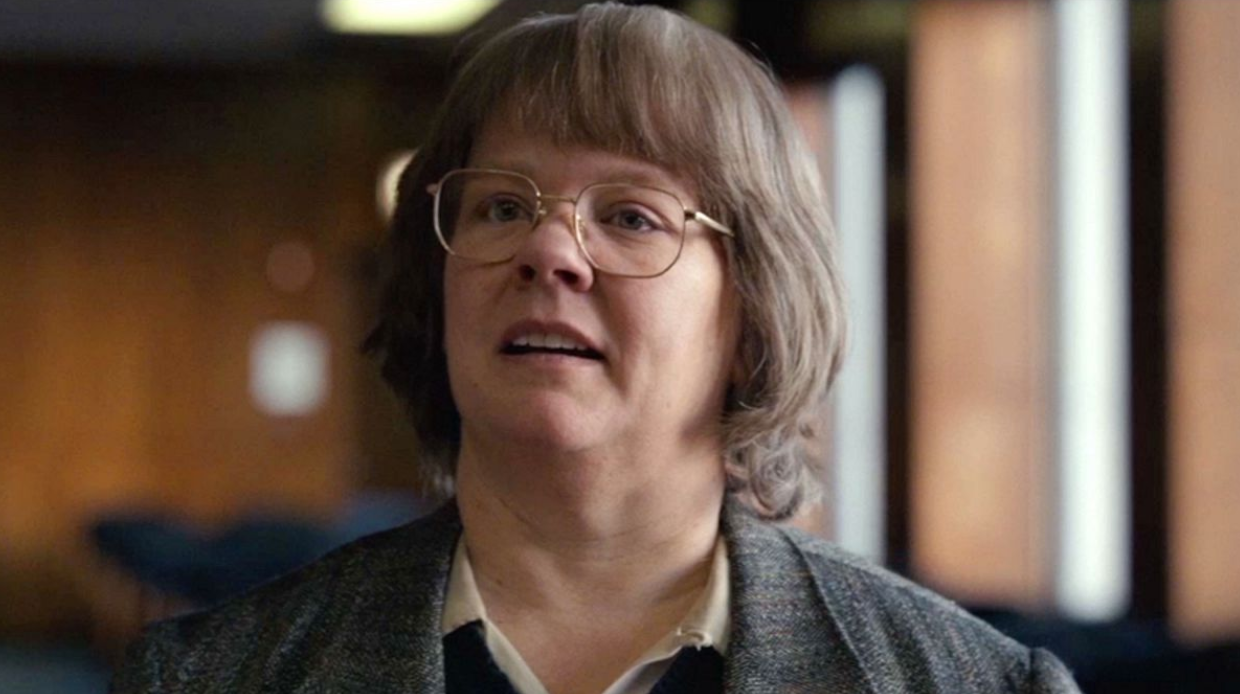 Grant channels his previous experience as the boozy lead in Bruce Robinson’s Withnail & I. He hasn’t gotten a role this juicy in years. The wiry Brit makes the most of a character who subsists on the fragile good will of a chain of social acquaintances who alternate between tolerating and not tolerating him. Charm goes a long way, both for the actor and for the character, but not all the way for the character.

Both characters are also homosexuals, a detail that is rendered as incidental to their fortunes. One doesn’t get the sense that the prejudices of others have contributed to their current state in life, unless it’s just the prejudice against boorish drunks. That’s refreshing. 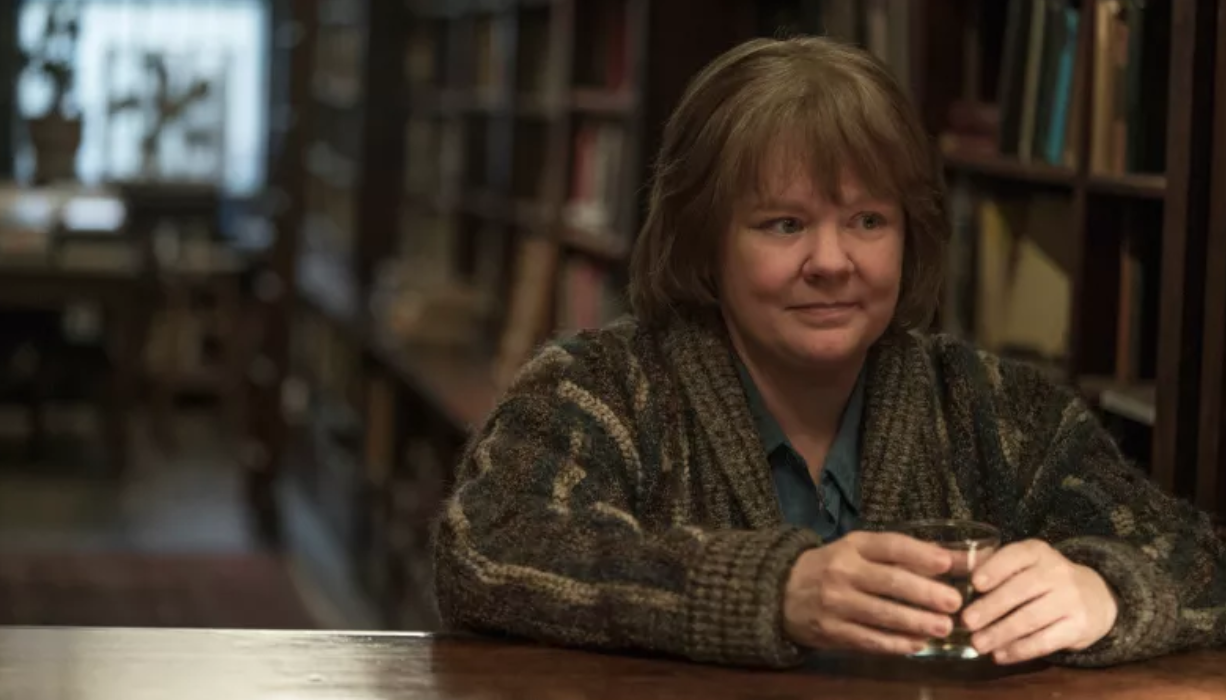 Spending so much time with lonely people, and a drab colour palette that reflects their inner sadness, can make Can You Ever Forgive Me? a bit of a bummer, especially when it’s both summer and Christmas in Australia. However, it’s nice to exist again within the sensibilities of writer-director Marielle Heller, who gave us such a distinct vision of coming of age with her 2015 debut The Diary of a Teenage Girl.

That film had aesthetic flights of fancy while this one is starkly realistic, so it almost doesn’t seem like the work of the same person. Then again, some of the most interesting filmmakers are those who can change their voice from project to project – like a Lee Israel forging the voices of different literary greats.