"This is obviously a comedy, but it ends up bloody enough and with a high enough body count to make a person wonder. "

"The whole thing is one-note and distasteful."

When you don’t know whether an acting performance is the best or the worst part of a movie, that’s not a good sign for the movie. In a good movie, it’s pretty straightforward. Most of the acting is good, and if there are a few sour notes among the performances, they do not significantly detract. In a bad movie, though, you can have the kind of awful performance that is both emblematic of the poor quality of the film on the whole, and also, probably the most fun reason to endure the viewing experience. Such is Betty Gilpin’s performance in the new Netflix film Coffee & Kareem. 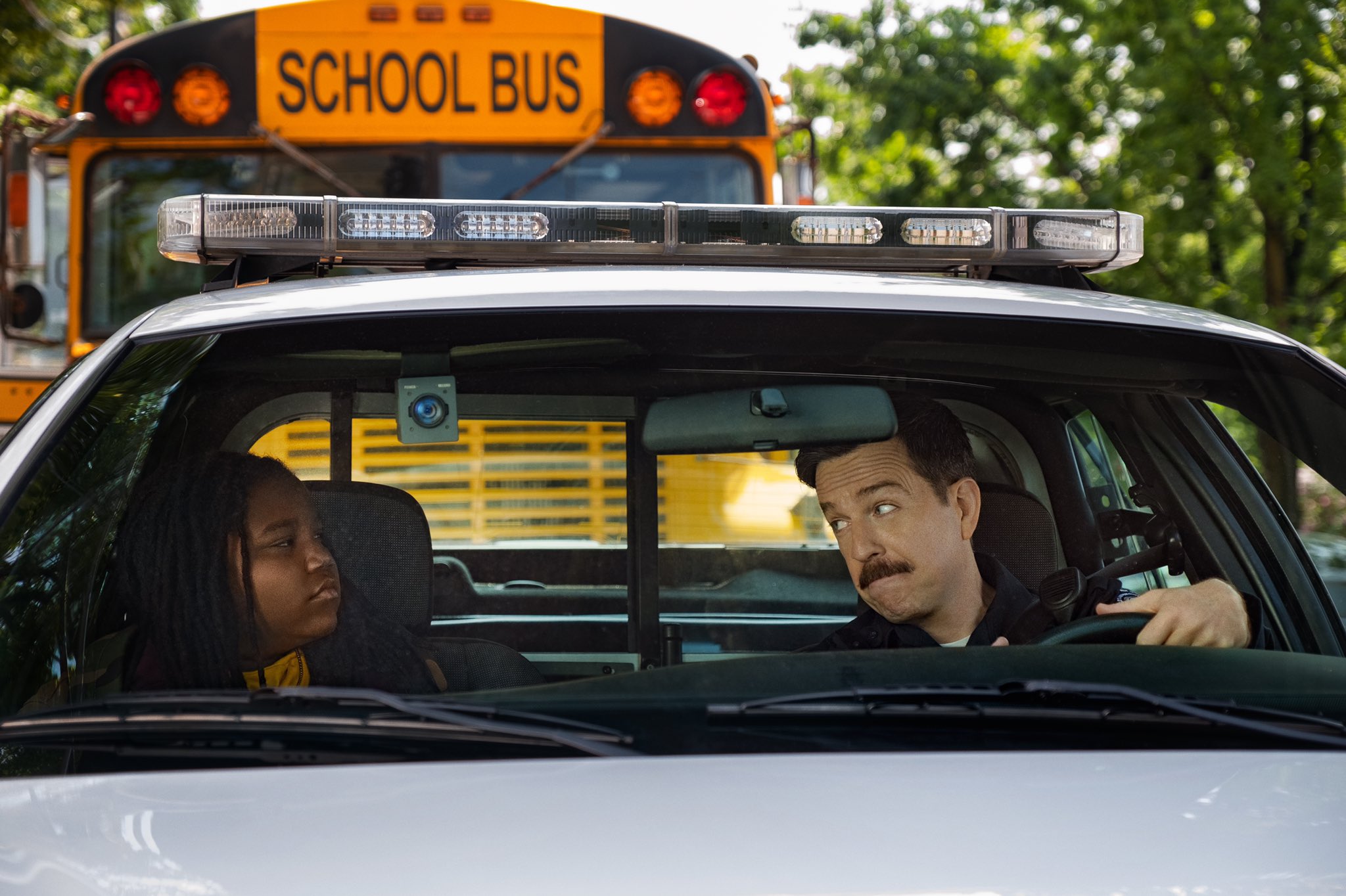 Gilpin is not the main character here; that role goes to perennial sad sack Ed Helms, who has definitely worn out his good will from the first Hangover movie. Helms plays James Coffee, a loser police officer whose name exists only so that it can be a play on words with his girlfriend’s son, Kareem (Terrence Little Gardenhigh), who would probably also be called something else if they weren’t so insistent on making that title work. Gilpin is his rival on the police force. For every perp he lets escape at a traffic light, she collars four. While swearing up a storm and belittling her lesser colleague.

Now, Gilpin is probably the very best part of another Netflix original property, the women wrestling series Glow. She is capable of enormous subtlety in the right hands. Director Michael Dowse’s hands are not those hands. Without spoiling too much about Gilpin’s role in the film – though, use your imagination how a lame script would utilise the main character’s dickhead rival – let’s just say Gilpin doesn’t just go big in this film. She goes huge. After a point, everything she does here is turned up way past Nigel Tufnel’s 11.

The story involves Coffee trying to ingratiate himself to Kareem in order to please his mother, played by Taraji P. Henson, another likable and talented performer brought low by this material. Kareem sees Coffee in bed with his mother, and decides to set out to ruin the guy’s life – even to put him in the path of thugs who might actually kill him. Of course, the movie isn’t quite that mean-spirited; Kareem thinks he only wants them to beat Coffee up. But the criminals are far more dangerous than Kareem realises. Such is the judgment of a 12-year-old.

Coffee & Kareem is obviously a comedy, but it ends up bloody enough and with a high enough body count to make a person wonder. Plus, the jokes themselves are no proof of its genre. It would hardly be a stretch to say that half the punchlines in this movie have to do with paedophilia, as the buddy comedy pairing of the two leads causes numerous bystanders to speculate on their relationship. To make matters more on-the-nose, Helms wears a moustache, which is lazy screenwriting shorthand for “creepy guy.” Kareem himself is responsible for the largest share of the paedophilia references, as he’s constantly threatening Coffee with telling people the cop molested him. Plus he has a whole spiel on how the more gay you are in your smack talking, the more threatened the other person feels. 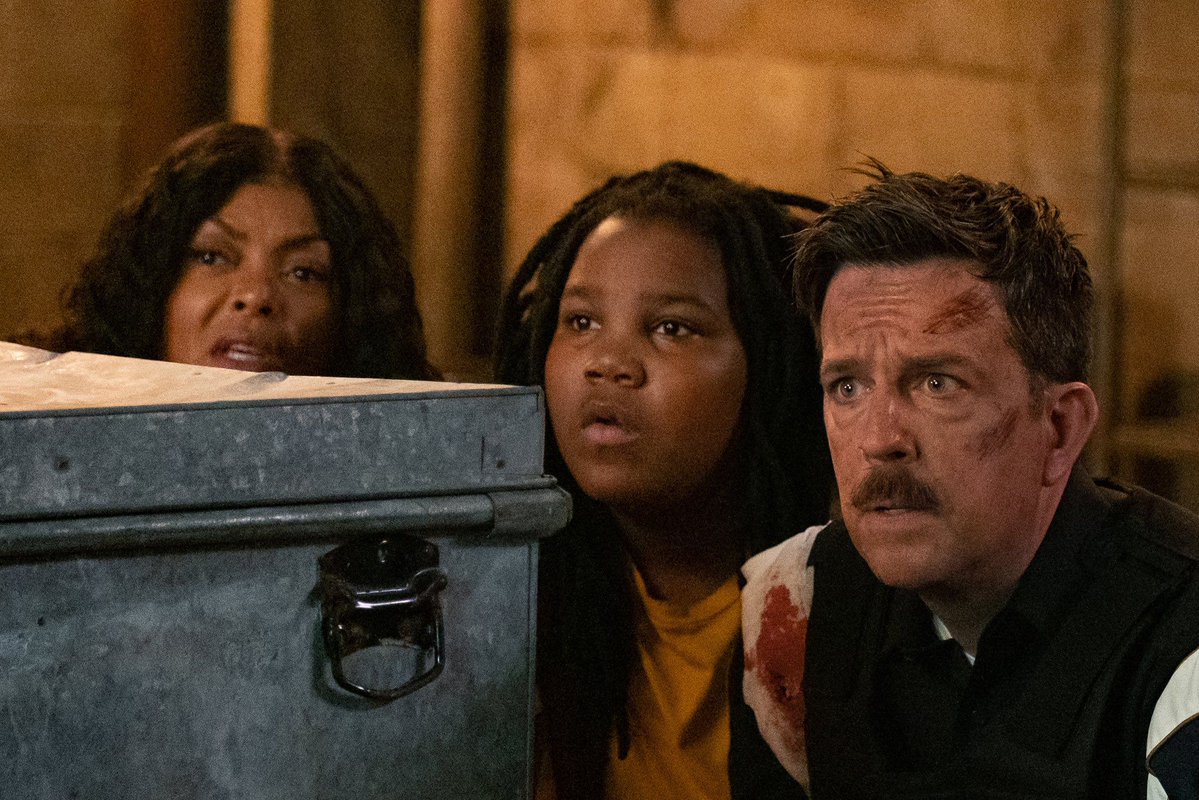 In analysing a film like Coffee & Kareem, you arrive at a point of confusion about whether the movie engages in gay panic itself, or whether it’s some kind of post-modern commentary on the idea of gay panic. In the end, it doesn’t matter. The whole thing is one-note and distasteful.

And then there’s Gilpin. She seems like she’s inhaled a trough of cocaine and started shooting her gun at the sky. (Shooting a gun repeatedly at the sky being a thing that actually occurs in this movie, about four times.) There’s no ridiculous antic she won’t pull out of her arsenal in an attempt either to keep up with what she knows is a trainwreck, or steer it definitively in that direction. 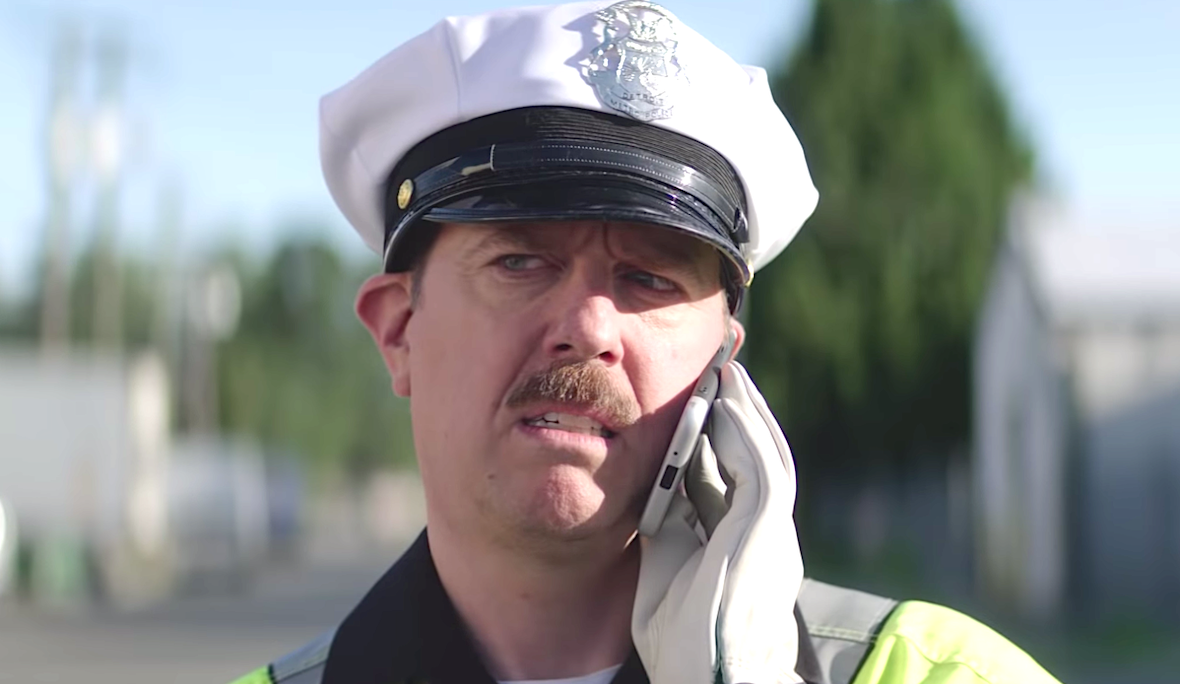 Netflix is a comfort to us in times of coronavirus, but that doesn’t mean their movies will always be comforting. Coffee & Kareem is weak tea.