"And for the middle section of the film, in which the action is restricted to the crawlspace, Crawl sings."

"What always keeps Crawl on the positive side of that dividing line between good and bad is Aja’s undeniable skills as a visual storyteller. "

Alexandre Aja’s Crawl is the latest in a burgeoning subgenre of taut, compact thrillers in which small casts of characters, usually women, struggle to avoid being chomped by an underwater beastie. Previous hits in this subgenre have included Jaume Collet-Serra’s The Shallows and Johannes Roberts’ 47 Meters Down, and yes, you apparently do have to be a European director in Hollywood to make these movies. Aja has sort of already made one himself with his 2010 remake of Piranha. All of these movies are of course indebted to Jaws, but at least Crawl switches the aquatic threat from a shark to an alligator. Actually, make that a half-dozen alligators.

While Piranha was a hoot-and-a-half, Crawl takes things back to more sober and straightforward territory. It’s got a good high concept. Hurricane Wendy is about to batter coastal Florida, and neither of a pair of grown sisters has heard from their dad (Barry Pepper), who has a bad habit of trying to ride these things out. One sister is in Boston, so she’s no help, but her younger sibling, Haley (Kaya Scodelario), is a competitive swimmer at nearby University of Florida. (Note: That skill will be of particular importance later on.) Even though police are evacuating everybody and turning away anyone who tries to enter, Haley slips by the roadblock and drives right into the teeth of the storm. 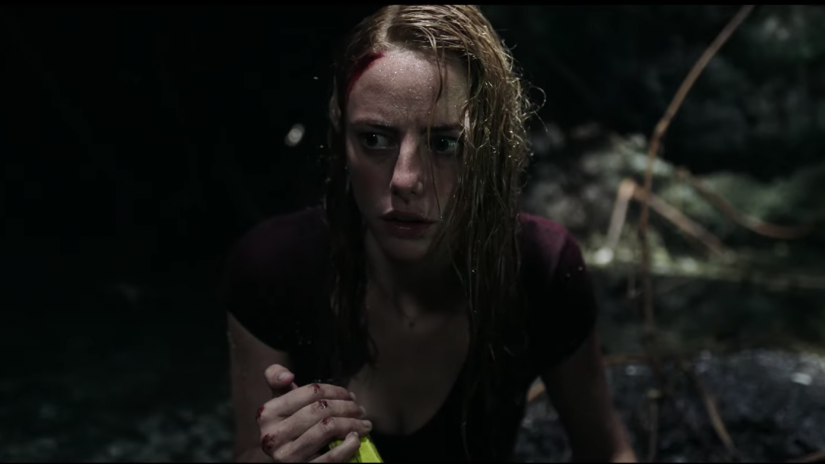 She doesn’t find her father at his apartment, but she correctly surmises that he may have returned to her childhood home, which was put on the market when her parents recently divorced. It’s also right next to the water. Her father is not just cracking a beer and shooting guns into the hurricane (a practise that is humorously forbidden in a radio bulletin). Actually he’s unconscious in a crawlspace under the house, with a large bite in his shoulder. Before long, the thing that took the bite shows its ugly mug and rows of razor sharp teeth. And it’s got friends.

Crawl has all the ingredients for a superlative entry in the aforementioned subgenre. You’ve got your enclosed space. You’ve got your ferocious antagonist. You’ve got your ticking clock. You’ve got your need for the characters to make bold brushes with certain death, or else face even more certain death. And for the middle section of the film, in which the action is restricted to the crawlspace, Crawl sings. Haley and her dad, Dave, need to navigate their unenviable situation in their tight quarters while nursing their rather alarming injuries, and the whole thing has a lot of tension. (High tension, you might say – which was the name of Aja’s breakout film back in 2003.)

It probably goes without saying, especially if you’ve seen the trailers, that the action eventually makes its way out of that location and into the broader neighbourhood, at which point it inevitably loses a bit of its sense of distinctiveness. But what really undercuts the tension is that Crawl frequently ignores the rules that would keep the stakes clearly in focus. Having more than one alligator involved in this situation may seem to increase the sense of threat, but it also muddies the waters, so to speak, by making it unclear exactly what percentage of the threat they have quelled at any given time. You see at least four different alligators, but you don’t really know if there are four or fourteen.

What’s more, because the movie needs to stop for quieter character moments, it has to insert these temporary reprieves from the threat, when the characters believe themselves to be safe, even though the spacial logistics don’t support that. Sometimes the alligators just aren’t around for no good reason, and that’s not satisfying. (Maybe it’s the film’s one acknowledgment that these are just regular animals who eventually get their appetites sated, and not bloodthirsty killing machines?) 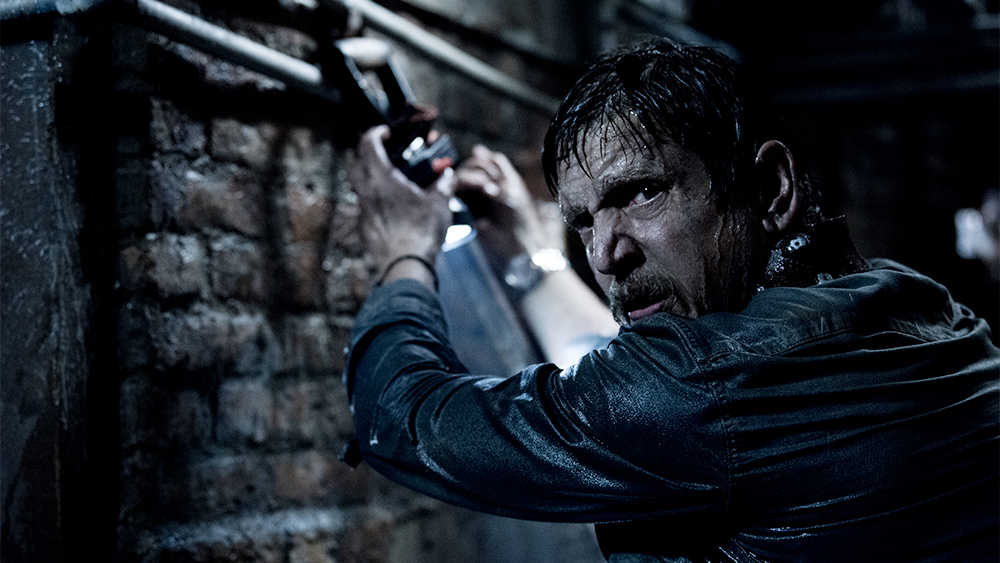 What always keeps Crawl on the positive side of that dividing line between good and bad is Aja’s undeniable skills as a visual storyteller. The look he brings to his films has always been one of Aja’s calling cards, as the camera setups and movements bring a sense of flow and electricity to his visual schemes. Aja takes material that would be exciting anyway and gooses it with his thoughtful approach to the visuals. Neither is he “slick” in a cheap way, though, which actually describes a director like the aforementioned Collet-Serra (The Shallows). If Aja were ever given a truly strong script, he could make a really vital film, and it wouldn’t necessarily have to be a genre movie.

While he is still doing genre movies, though, Aja has become quite adept at them, and Crawl is another enjoyable example. It doesn’t try to do too much and gets in and out quickly. And at the very least, after Piranha and Crawl, we probably know who would do a pretty good job if Hollywood decides to make a killer octopus movie.