"If Custody were a different type of film, this apparently straightforward assessment of the father’s parenting abilities would peel away into something more ambiguous."

"Custody is more about exploring the pain family members can cause each other when they stop defaulting to kindness, and when the unstable one wants to reconcile but the stable one doesn’t."

You wouldn’t be blamed if the opening of the new French film Custody put you in mind of Asghar Farhadi’s A Separation. Both films begin with a judge mediating a hearing between a husband and wife who plan to dissolve their marriage, with the living arrangements of a preteen child being the largest sticking point.

The films deviate from there though. Whereas Termeh, the contested daughter in A Separation, is genuinely conflicted about which parent to show her loyalties, no such confusion plagues Julien (Thomas Gioria). In fact, the judge begins the hearing by reading a statement Julien gave knowing full well that his father would hear it, describing him as “no type of father at all.”

If Custody were a different type of film, this apparently straightforward assessment of the father’s parenting abilities would peel away into something more ambiguous. But Xavier Legrand, making his directorial debut, isn’t interested in puzzling out the anguish that goes into deciding between mum and dad. When Julien characterises his father as a scoundrel, that’s not even the half of it. 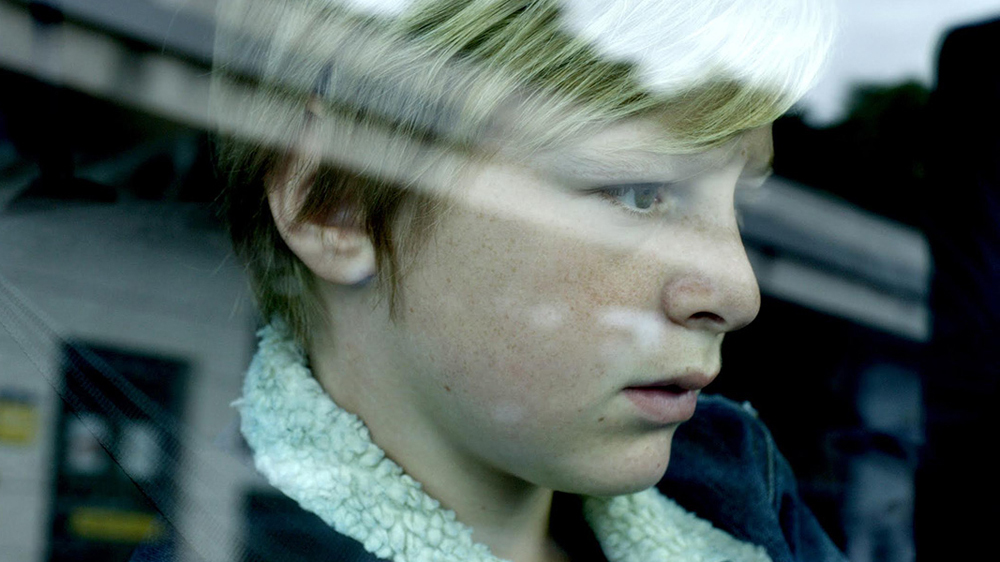 Custody is more about exploring the pain family members can cause each other when they stop defaulting to kindness, and when the unstable one wants to reconcile but the stable one doesn’t. If the film has a message about the process of legally separating one family into two, maybe it’s that sometimes you should listen to a kid when he says his dad is a piece of shit.

Because this piece of shit has a good lawyer, she’s able to convince the judge that Julien should spend every other weekend with this man he wants nothing to do with. That wouldn’t seem like a huge concession except that Antoine (Denis Menochet) has shown violent tendencies toward all of his family members, including their 18-year-old daughter (Mathilde Auneveux), and a tendency to stalk his ex, Miriam (Lea Drucker), such that she needs to constantly change her mobile number and prevent Antoine from learning where they’re living. When the handover of Julien does occur, it’s on the comparatively neutral ground of her parents’ house, where they’ve been living up until recently – and outside of which he once slept in his car in the hopes of confronting Miriam. Antoine has also got a limitless capacity for jealousy of any potential new suitor, so this is not going to end well.

If the first thing Custody makes you think of is A Separation, the second might be how Hollywood would make a film like this. It would almost certainly be a genre movie, a thriller, and its various scenes would proceed like clockwork toward an inevitable conclusion. But the French? The French do things a bit differently. The French rarely heed the screenwriting maxim that every scene in the script should advance the narrative, and in fact, there’s a whole set piece in Custody whose function toward the film’s ultimate narrative ends is a bit unclear.

Thank goodness we’re not getting a standard thriller, though. Any hope that the father might be a stand-up guy is gone pretty early on, but how the narrative progresses toward its conclusion, and what that exact conclusion might be, is fodder for great tension. Another thing the French aren’t going to do is sugarcoat a story with these circumstances. The failure to obey certain rules, which Legrand presumably shares with his countrymen, leaves doubt about where this story might go, and who might emerge from it in one piece. 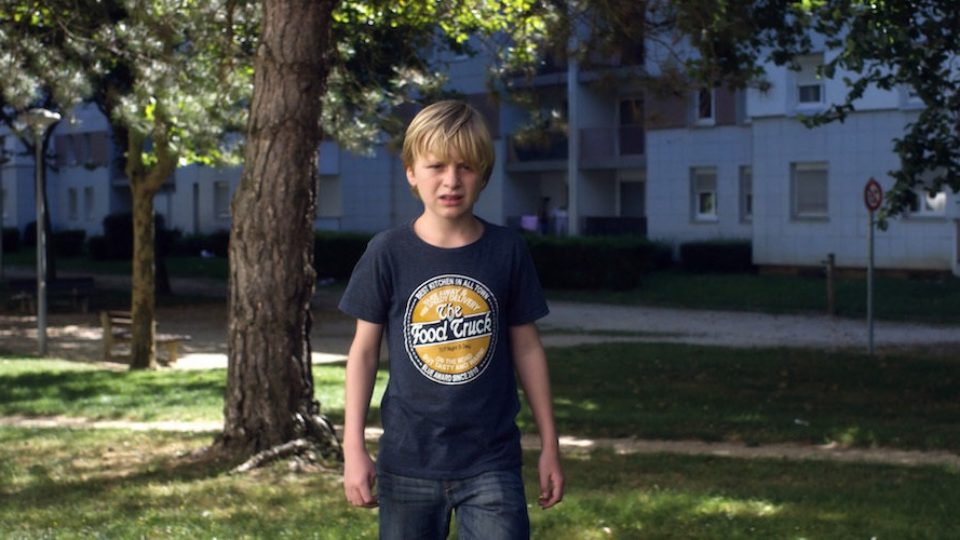 Custody powerfully examines the cycle of abuse and its regrettably familiar forms. Antoine is that guy who goes from boundless rage to pathetic submission within a space of moments, apologising and saying he’s changed. We’re seeing this character after they’ve stopped believing him, but from their interactions you can tell they went down this road many times before. A certain instinct for self-preservation curtails the extent to which they’re going to stand up to him, but caving in and accepting his promises is something they can also no longer do.

It’s a credit to the young actor Thomas Gioria that he has determined perfectly how to play his interactions with his father. His technical ability to produce tears on cue is something to marvel over, but perhaps his harder task is how to defy this man while also cooperating with the legal entitlements he enjoys. You watch Julien in the clutches of this man and you think “Good God, kid, throw this guy a bone so he doesn’t kill you.” Yet Julien is adult beyond his years, unwilling or perhaps unable to extend the man the slightest of olive branches. 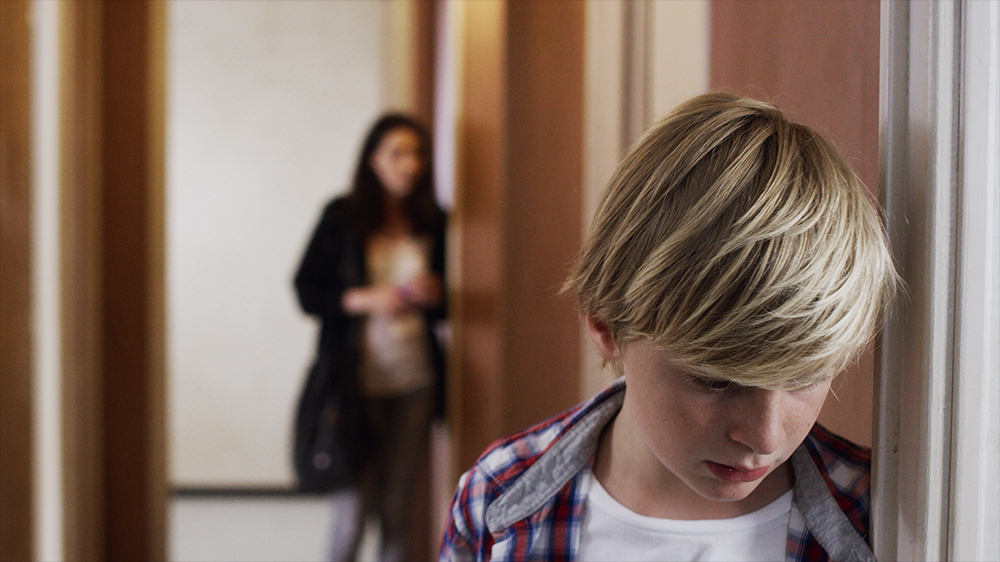 Drucker’s role is also tricky as she does not respond emotionally when her ex-husband is present. Indeed, the instinct of a lesser actor or lesser director (or a Hollywood movie) would be to supply layer after layer of hysterical pleading. Instead she develops a measured aspect that is inspired by fear. She stays quiet and restrained but looks at him out of the corner of her eye for any sudden movements. She knows that emotion will inflame a delicate situation, but also, that it indicates the kind of lingering passion that will surely only confuse and encourage him.

Even though the French have a tendency to defy narrative expectations, Custody does culminate in a supremely intense emotional climax. That’s not the same as saying it reaches a clean resolution. Family dynamics like the ones in Custody are never fully resolved, a reality of which the film is amply aware. Even in the case of apparently clean resolutions, the scars remain.