"One of the joys of Doctor Strange in the Multiverse of Madness is how much it keeps expanding on and recalibrating its core premise."

"To be fair, if you have to create digital worlds, they might as well be like these ones."

Who says you can’t make a superhero movie that is also a horror movie? Few have tried, but the best candidate to pull it off might be Sam Raimi, since he cut his teeth in horror before finally cashing in and starting to make his Spider-Man movies 20 years ago. The demons and zombies and other horror tropes that pepper the latest Marvel movie won’t so much conjure memories of 20 years ago, but 40, when Raimi launched his first trilogy, Evil Dead. To honour those roots, he’s even brought in Bruce Campbell, his immortal Ash, for a cameo – sort of in the spot Stan Lee used to occupy. 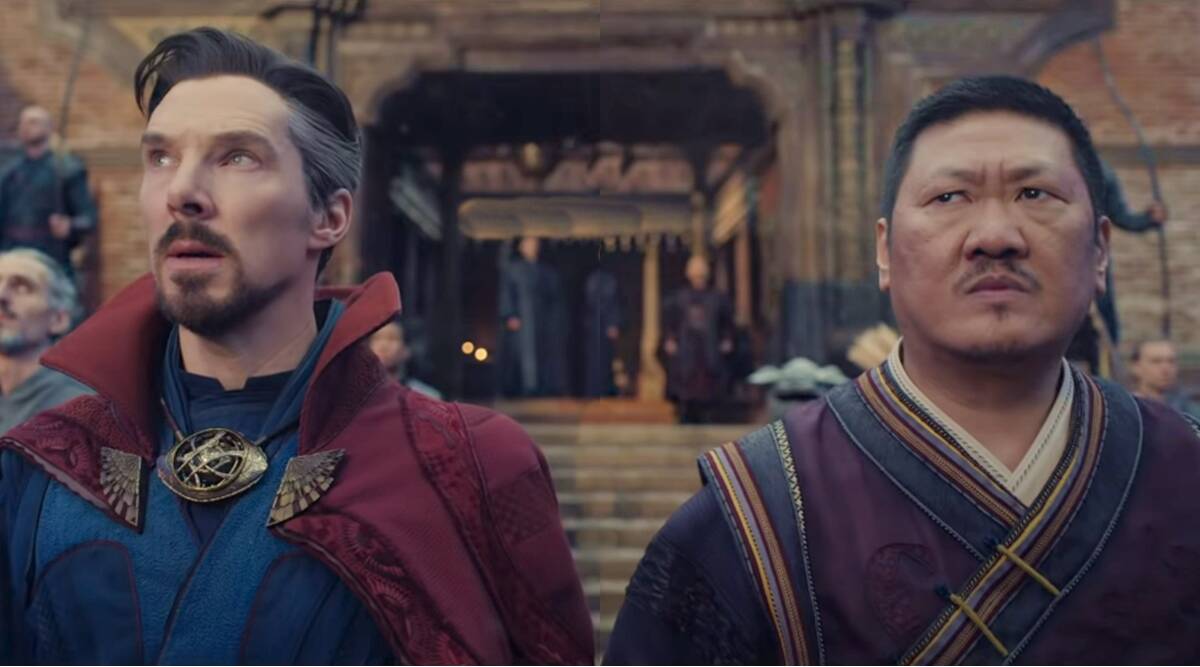 Doctor Strange in the Multiverse of Madness has plenty of goodies for Raimi aficionados, some of which would betray the contract we make with the Benedicts, Wong and Cumberbatch, in a public service announcement beforehand, when they beg us not to spoil the movie. It’s also got goodies for the Marvel heads for whom the twists and turns in the MCU induce as many squeals as 1950s housewives, who tune in to see which of their soap opera characters gets amnesia this week.

The soul of the movie is caught in a tug-of-war between the two sides. The good – the horror side – prevails often enough to earn the movie a sturdy recommendation. The bad – the side enslaved to the machine – has its say too. It’s as exhausting to write about digital burnout as it is to experience it yourself, but the fact is, the MCU has driven digital innovation to its breaking point. No one wants to greet a previously unimaginable digital phantasmagoria with a shrug, especially in a film that explicitly posits that anything is possible. Not only possible, but likely to appear at some point in the next 126 minutes.

There’s a lot going on in Doctor Strange in the Multiverse of Madness, which isn’t surprising in a film about infinite universes. Oh, the “multi” in “multiverse” doesn’t mean three or four. America Chavez (Xochitl Gomez), a character who can travel across them, says she’s been to 73 so far. But Wanda Maximoff (Elizabeth Olsen), otherwise known as the Scarlet Witch, speaks of an infinite multiverse, where the solution to any conceivable problem is only a matter of finding which universe plays host to that solution.

That sounds like a sort of idealism, but Wanda is the villain of this piece – as anyone who watched the Disney+ show WandaVision may have already figured out. Yes, the second Doctor Strange movie is a perfect piece of cross-promotional material, the first MCU movie to make the events of an MCU TV show a core part of its mythology. In that show, Wanda held a whole town hostage as she conjured a pristine, white picket fence, sitcom-ready version of a domestic life she could never have. She’s not over that fantasy, and is now trying to travel the multiverse to find one where she can resume mothering children who were always an illusion. 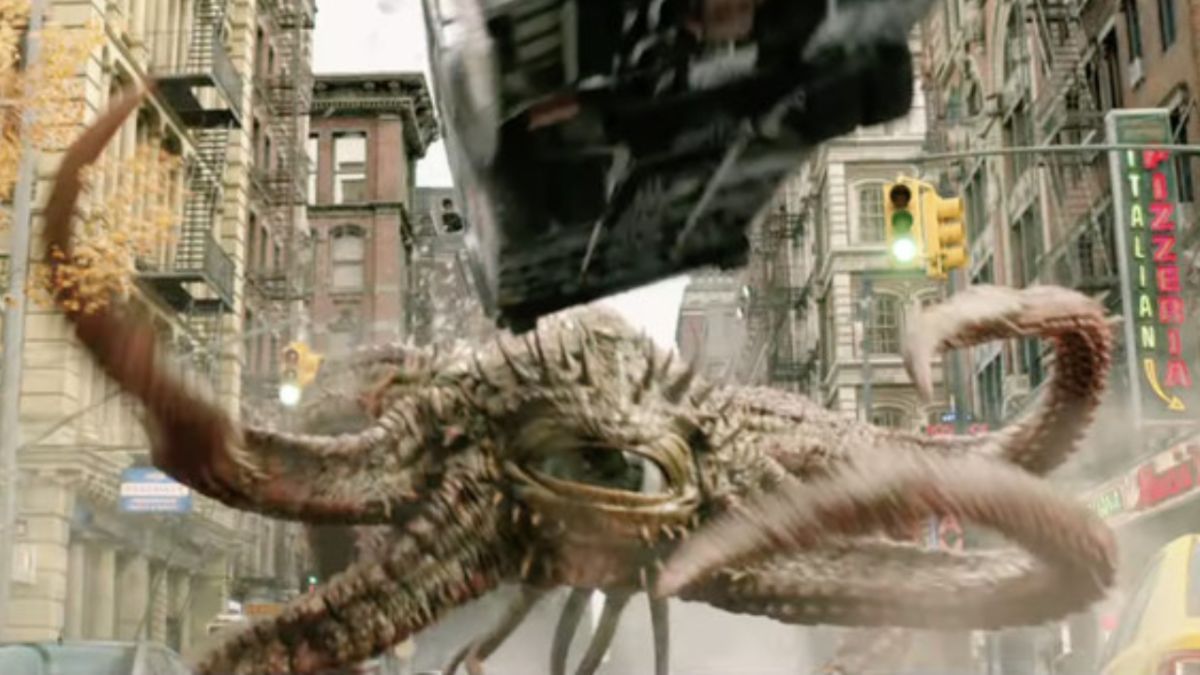 The dimension-hopping America Chavez is her key to that, and lucky that one of her hops leaves her on a city street just outside where Stephen Strange (Benedict Cumberbatch) is attending the wedding of his one-time love, Christine (Rachel McAdams), whom he had to give up while fighting Thanos and saving what was then thought to be the only the universe. America is pursued by a giant octopus creature reminiscent of the giant starfish at the end of The Suicide Squad, another piece of evidence that all these movies are sort of blending into one, even across multiple comic book purveyors and the studios that support them.

Strange of course had some multiverse experience of his own in the last Spider-Man movie – which Raimi only watched as a spectator in his local multiplex – and he’s still got access to all the sacred scrolls and other magic sorcery that Wong (Benedict Wong), who has since become the Sorcerer Supreme, still guards in various training temples. Thinking he’s fighting a different threat, Strange tries to help America by going to Wanda, unaware that the former Avenger’s obsession with her fantasy children is quickly tipping over into psychopathy. 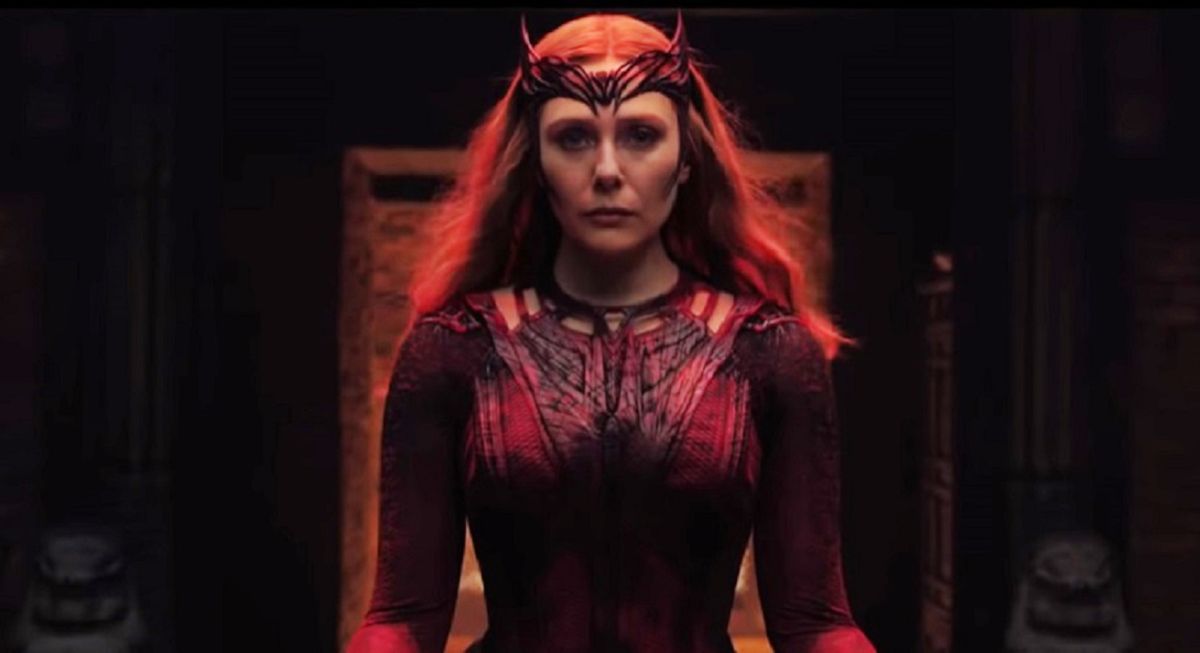 One of the joys of Doctor Strange in the Multiverse of Madness is how much it keeps expanding on and recalibrating its core premise. We never lose track of Wanda’s mission and her indifference to the number of innocents in her path she mows down, but Raimi and screenwriter Michael Waldron have the time and the latitude to go off on some pretty delightful digressions. While still trying to heed the plea for secrecy of the Benedicts, we can say that other Marvel properties are going to make their way into the proceedings here, embodied by familiar faces appearing for the first time in certain roles, and some returning to iconic roles they occupied years ago – not unlike Tobey Maguire and Andrew Garfield in the last Spider-Man movie.

Then there’s Raimi nakedly getting to pursue his own horror interests, in a way that either pays homage to Evil Dead, or connects up to that movie literally, depending on which thread of internet fan theory you want to read. The point is not that everything connects up with everything else so much as it is Raimi obviously delighting in the design details of his first films, even if the practical nature of the effects in those films is completely anathema to what a computer allows him to do today. 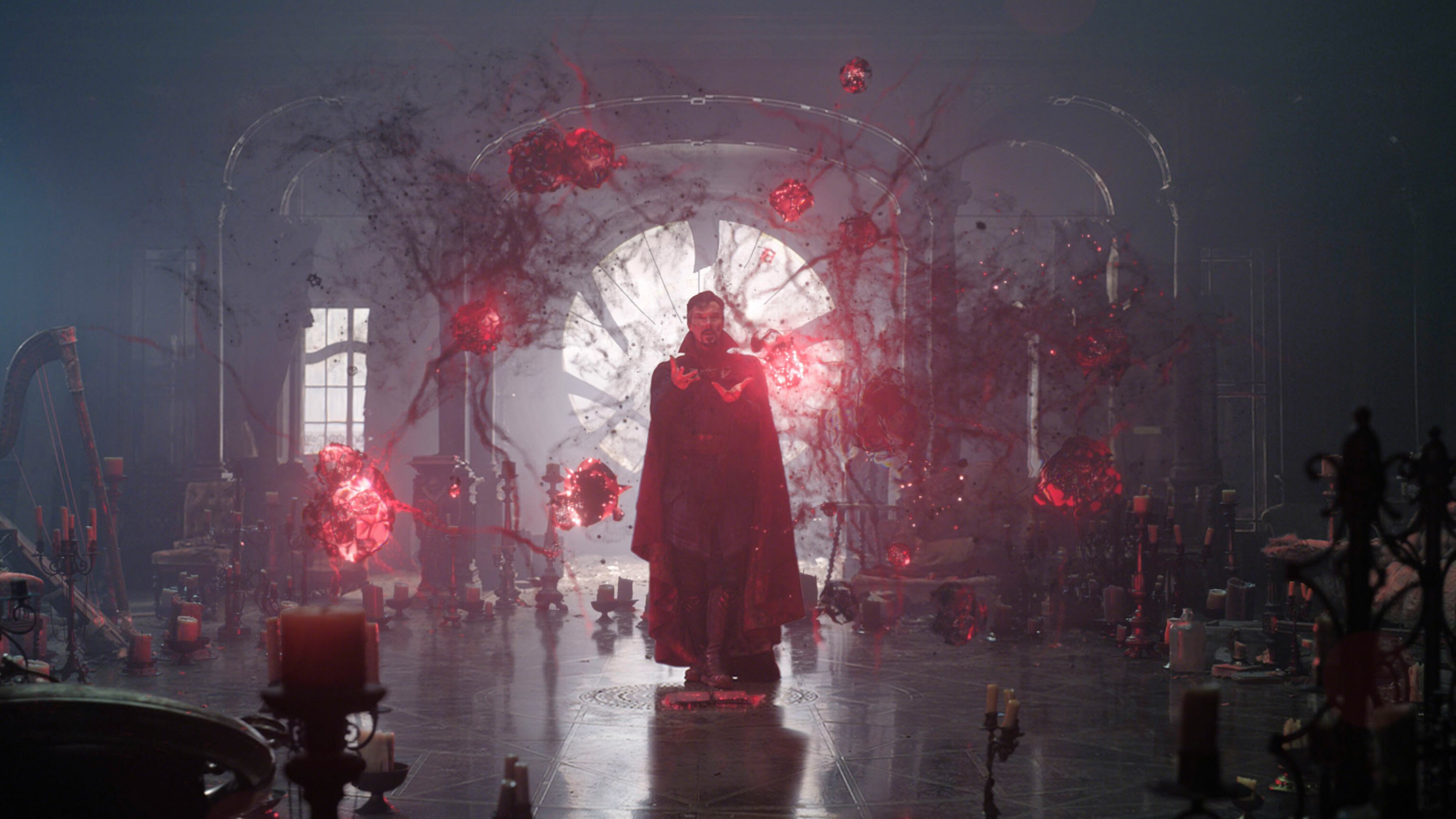 To be fair, if you have to create digital worlds, they might as well be like these ones. The first Doctor Strange was a minor trailblazer in the sort of “world collapsing on itself” imagery first seen in Inception, and the sequel doubles down on that. There are all sorts of kaleidoscopic, impossible geometries in this movie, moments when the film is very much inspired by abstract art. We don’t get to see a tonne of different universes, all told, though the ones we do see are replete with cars floating upside down, ominous particulate dust clouds and astral plane bridges to nowhere. 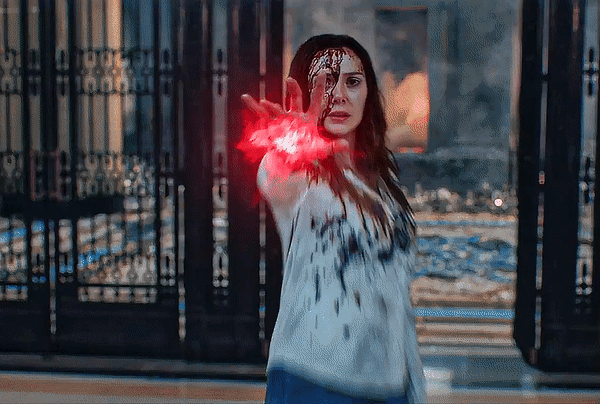 Everything connecting up with everything else is always going to be an underlying feature – some would say a bug – of the MCU, and the cleverness with which we are reeled in one more time can only mitigate that problem so much. There’s an obvious end point where it will all come crashing down and our patience for this 30-chapter soap opera will reach its sudden end. For now, though, Raimi has staved off the fatal teetering of the stilts holding up this whole contraption. The spaghetti he’s thrown at the wall is sticking, especially when that spaghetti involves demons escaping from a book of souls, and the guy who played Ash repeatedly punching himself in the face under a spell from Doctor Strange. Maybe when this is all over, Raimi will give us some more of that, without all the superhero baggage.

Doctor Strange in the Multiverse of Madness is currently playing in cinemas.