"The film is also an earnest examination of the famous 12 steps that comprise the Alcoholics Anonymous program."

The title Don’t Worry, He Won’t Get Far on Foot is not a cruel joke about the ambulatory challenges of a quadriplegic. Okay, it is that – but it’s made by the quadriplegic himself. Gus Van Sant’s latest is the true story of an alcoholic who must refashion his life after his bad decisions leave him in the passenger seat of a car driven by an extremely drunk man, leading to his own partial paralysis. That kind of self-deprecating humour is one of the things that might get him through.

John Callahan (Joaquin Phoenix) actually became a cartoonist of some renown after his accident, which is why we are seeing a movie about him at all. His doodles – that’s about the best way to describe them – may be the result of hands that don’t work as well as they once did, as Callahan actually uses both hands at once to make his drawings. But they could just as easily be a conscious decision in favour of a kind of wild, expressionistic simplicity. The artwork doesn’t need to be great as long as the humour speaks to the audience in some fundamental, cutting way, one that may not go down easily for all of them. 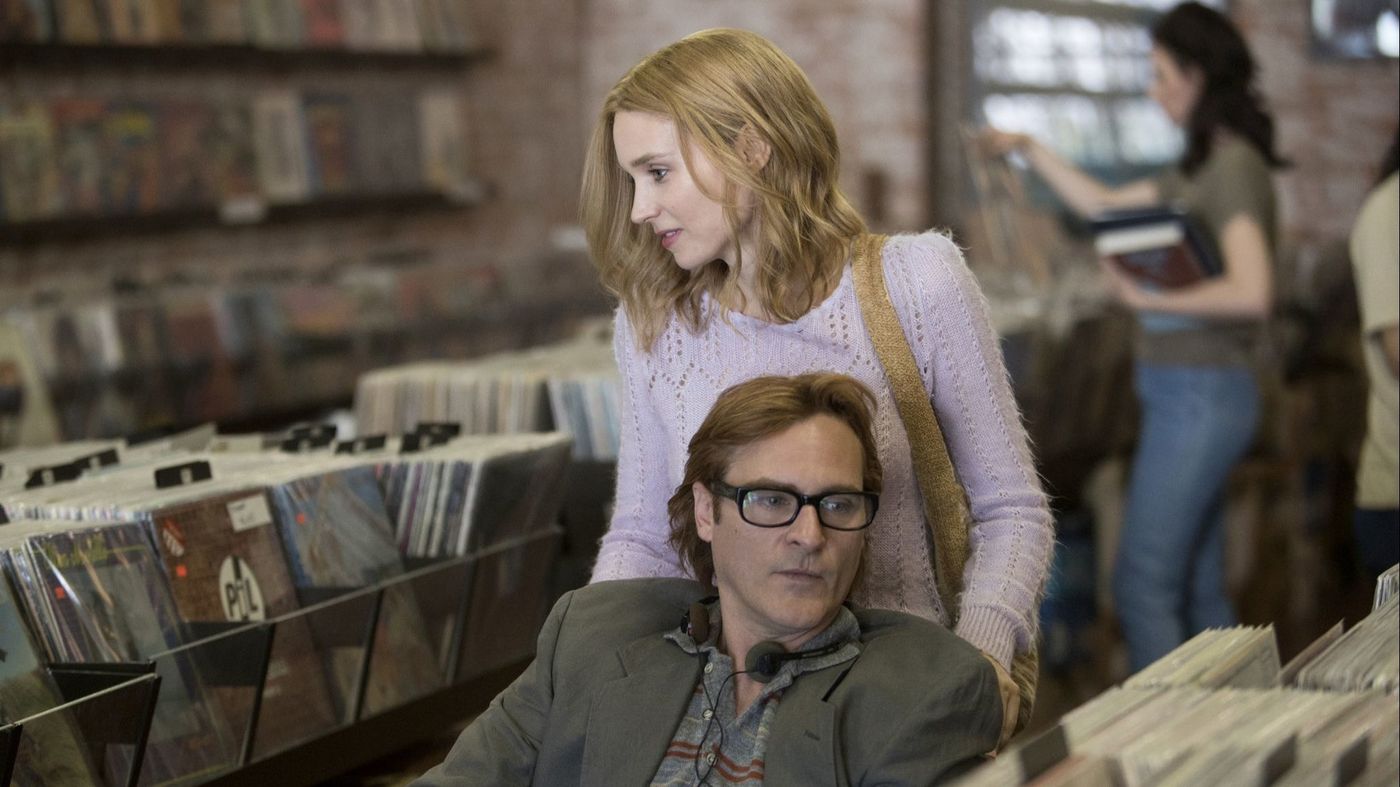 The film is also an earnest examination of the famous 12 steps that comprise the Alcoholics Anonymous program. It would be a stretch to call this a religious film – that’s not really Van Sant’s bag – but it engages with the spiritual in more ways than one. AA is of course underpinned by Christianity, though the film comes out as rejecting those single-denomination associations in an early line of dialogue by Jonah Hill playing John’s sponsor. Hill’s character says he calls his higher power “Chucky.” It doesn’t matter what it is, as long as you believe in it and it helps you stop drinking.

Hill and Phoenix both turn in really impressive performances, with Hill in particular starting to prove himself a true chameleon. It’s not just that he’s lost a lot of weight from when he first became famous, but that he’s got a beard and a long mane of blond hair, as he looks like a bit of a disco Jesus. (The film takes place in the late 1970s and early 1980s.)

It’s the transformation from the comedian he started out as to a multi-faceted dramatic actor that’s more striking. Hill has already secured two Oscar nominations, but those roles had comedic elements to them. This one is more melancholy, and contains a monologue of such emotional honesty that it alone could earn him a third Oscar nod. 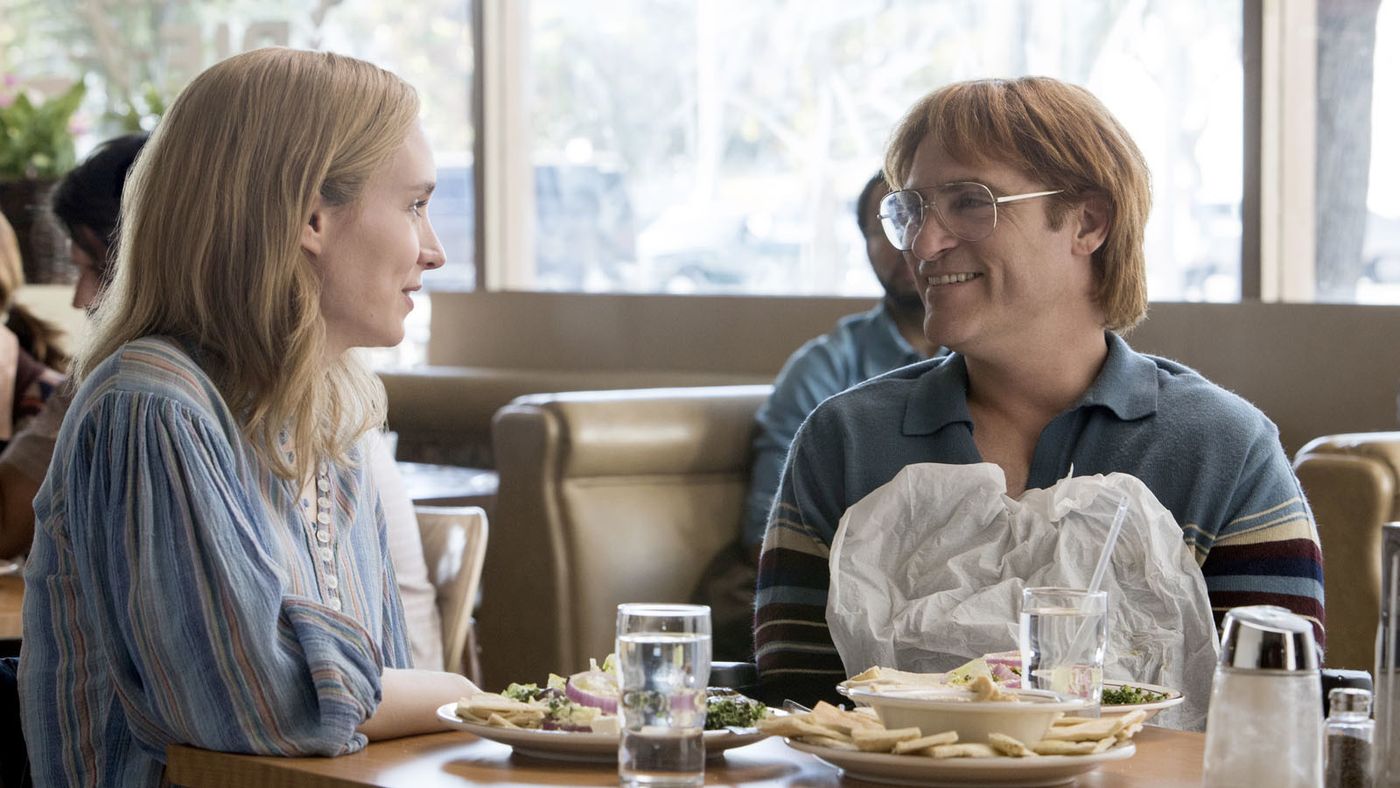 Don’t Worry, He Won’t Get Far on Foot has a subversive streak that’s in keeping with the tenor of Callahan’s cartoons, but it actually separates itself from similar cinematic portraits in these moments of emotional honesty. You’d think you might come to a movie like this to see the way Van Sant integrates animated versions of Callahan’s work, or incorporates the film’s other fantastical elements. Rather, it’s Callahan’s pursuit of the 12 steps that are the film’s most satisfying passages.

Callahan shows up years later to see the driver of the car (Jack Black), who escaped with only minor injuries and never reached out to the man who didn’t get off so lucky. They only met each other at a party the night of the accident, and this man, Dexter, took the coward’s approach of never facing the man he confined to a wheelchair. Callahan doesn’t show up to level accusations or spread guilt. He shows up to alleviate Dexter’s existing guilt, which has certainly poisoned his life since that day. It’s all part of the program, and it’s profound stuff. 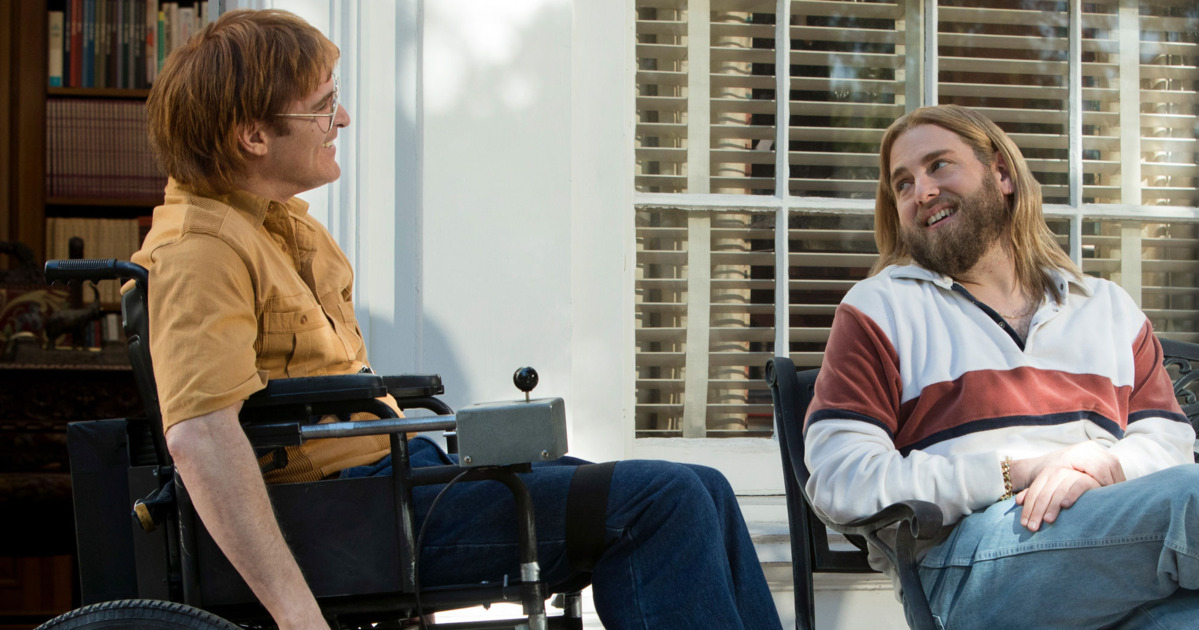 The film doesn’t feel quite as artistically urgent as you might expect from someone like Van Sant, who has been around for a long time and of whom a certain iconoclastic approach is expected. This is a man who has experimented with long takes and narrative minimalism.

Then again, this is also the guy who made Good Will Hunting and Finding Forrester, as a he straddles a line between artistry and commercialism that’s similar line to that straddled by Steven Soderbergh. This is more the Van Sant of To Die For, which is a pretty darn good Van Sant to have.