"...as it’s made with the same high production values and calibre of acting as the show, Michael Engler’s film isn’t a waste of time..."

"Seeing them all assembled here, you kind of wish they had better things to do than to return to the roles that made them famous..."

Downton Abbey the TV show has been off the air for four years now, and apparently, everyone involved with it was really looking for something to do with their time. That’s the only real justification for Downton Abbey the movie, especially since the series wrapped up more tightly than Mr. Carson’s cummerbund. A show known for subjecting its characters to awful trials – deaths, accusations of murder, sexual assaults, faux pas involving the correct fork to use at a fancy dinner – did a total 180 in its final season, pairing almost everyone off romantically and culminating in an unambiguous happy ending. (Sorry, spoilers for the last season of Downton Abbey.) So what left to explore in a feature film?

The answer: not much. The other thing the series did was to film an annual Christmas special, which still carried on the events in the timeline, but tended to be as much as twice the length of a regular episode, and in other respects felt like a bit of a standalone. That’s basically what this movie is, though not set at Christmastime. It looks in on the lives of the aristocrats living in the titular Yorkshire estate and their servants, content not to really progress any of their stories. It’s not enough for a movie, but as it’s made with the same high production values and calibre of acting as the show, Michael Engler’s film isn’t a waste of time either. 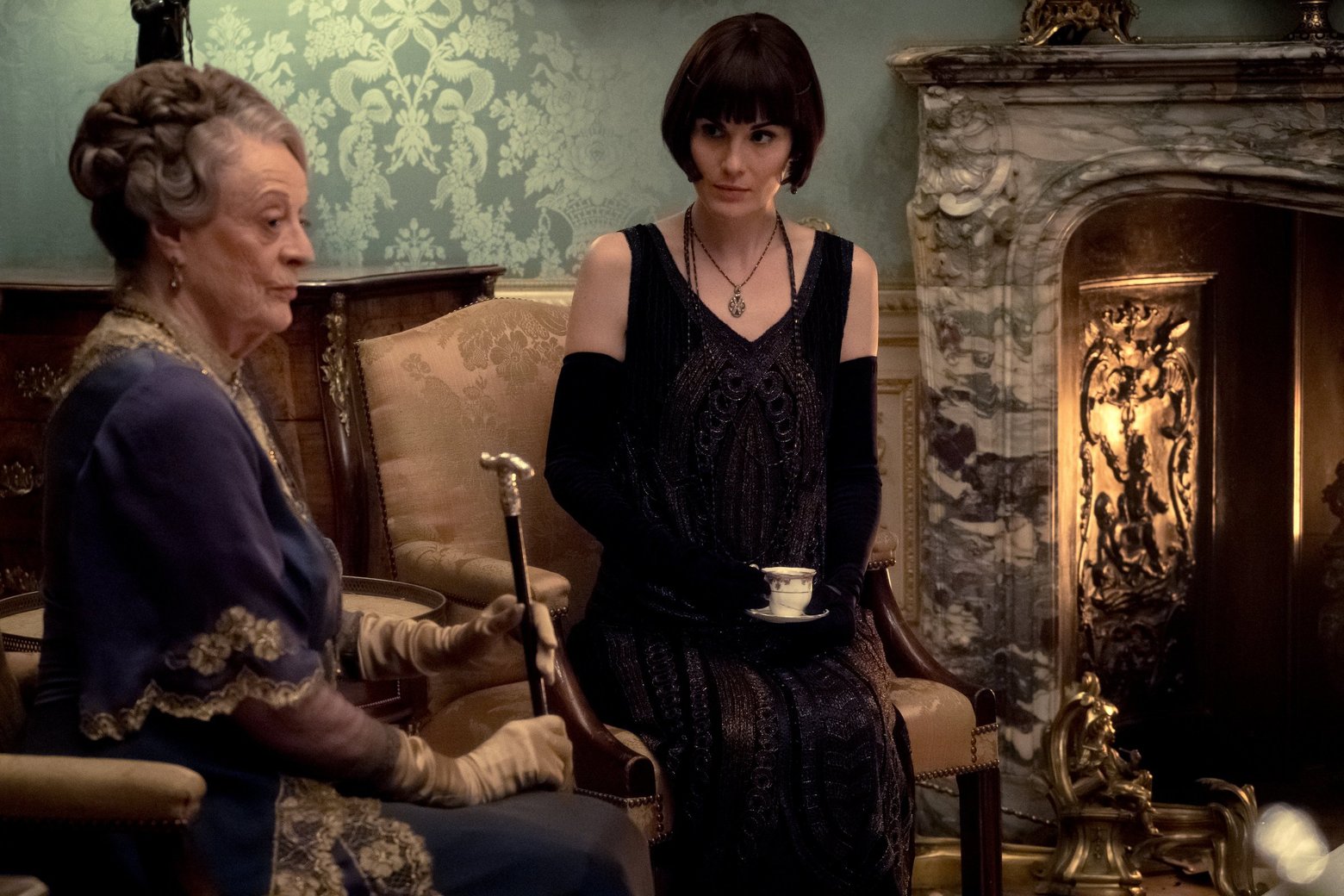 In a way, this is Downton creator Jullian Fellowes’ version of Avengers: Endgame, except without the end-of-the-world stakes. He’s got a principal cast of about 30 actors, all of whom need some kind of showcase in a 122-minute movie, and he’s actually pulled that off quite deftly, allowing for charming two-minute conversations between just about everyone who had some kind of clearly delineated relationship on the show. The tradeoff is in the plotting, which is almost nonexistent. The entire story revolves around planning to host the king and queen for a single night on their tour through the British countryside, and whose nose gets bent out of shape over a shifting of responsibilities. It’s quintessential Downton Abbey.

Like Endgame, it’s also the ultimate example of fan service. If you knew nothing of these characters beforehand, you’d be hard-pressed to pick up much of their backstories, as Fellowes has made no attempts to catch up the uninitiated through the dialogue. You’d never have any idea, for example, that Robert James-Collier’s Thomas Barrow spent much of the series as a villain of sorts, or at least a thorn in the side of most of the servant staff, plotting their various downfalls. Now he’s just the newly appointed head butler who doesn’t seem quite up to the task, though the film does explore a possible happy ending for him as a homosexual, perhaps correcting an omission in the series finale.

The character who may get the shortest shrift, compared to his usage on the show, is Brendan Coyle as Mr. Bates, the valet to the earl of Grantham, who functioned as the single repository for most of the show’s more soap operatic elements. The audience favourite was in an out of prison for various crimes actual and imagined. Instead of opening that wound again, the movie just allows him to fade into the background and to finally be happily settled with his wife, Anna (Joanne Froggatt), the personal maid to Lady Mary (Michelle Dockery).

Dockery played the most risque character among the Crowley family, but she too has comparatively little to do here, still happily married off to late addition to the show Matthew Goode, playing a race car driver. Dockery’s presence is also the one that kind of makes you feel saddest for the actors involved. She was meant to be a bit of a breakout star from the show, but that hasn’t really transpired. Seeing them all assembled here, you kind of wish they had better things to do than to return to the roles that made them famous, which in many cases are still the only roles they are deemed suitable to play. 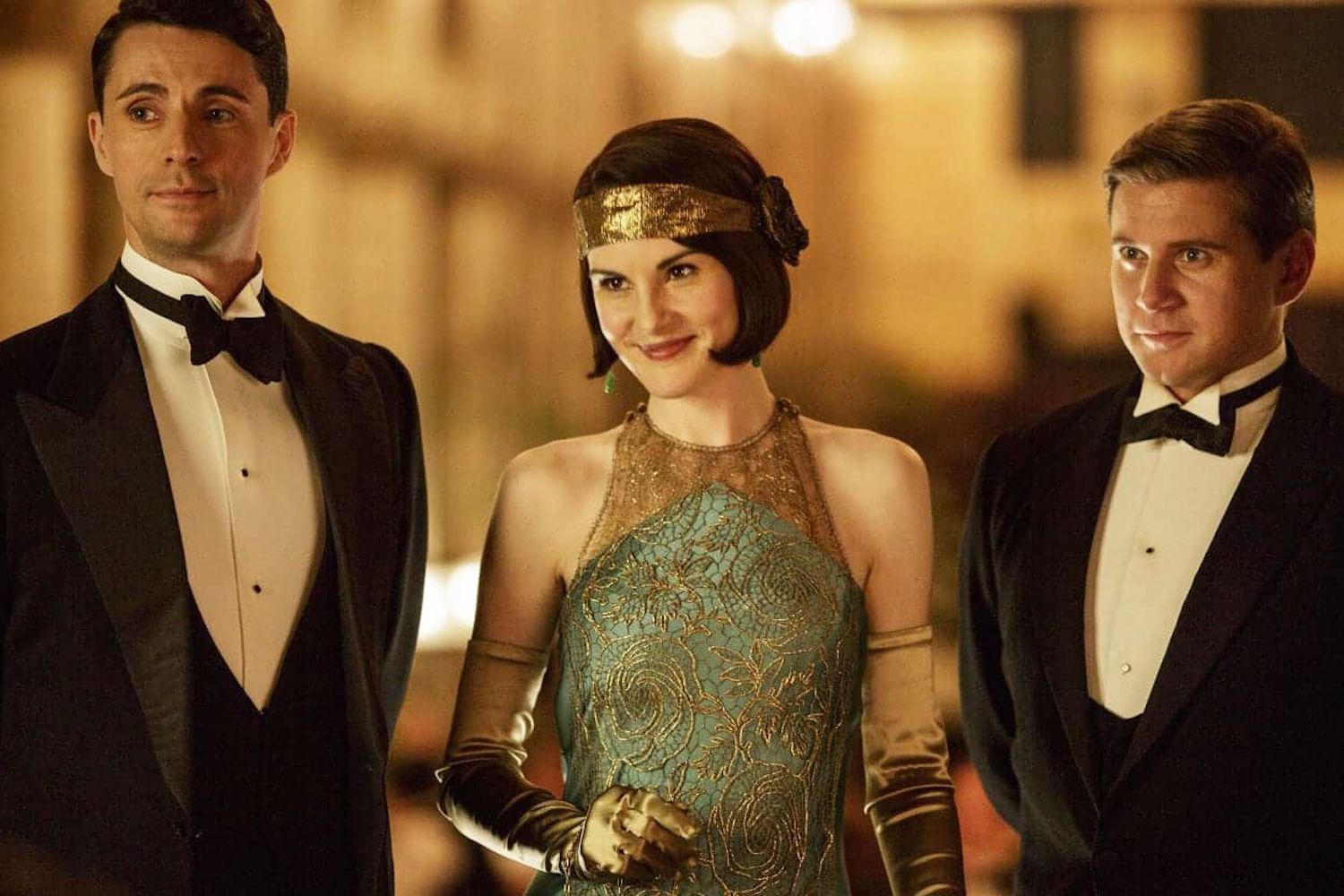 After some initial moments when you first get a sense for the small scope and ambition of Downton Abbey, and shake your head at the lack of necessity of it all, it does turn out to be easy enough just to fall into the familiar rhythms that made so many of us love the show for so many years. After all, this is still the entertainment property that gave Dame Maggie Smith some of her juiciest late-career work, and gave a mid-career breakout to Paddington actor Hugh Bonneville.

One of the joys of this franchise is that just spending time with the characters is one of its chief pleasures. The salacious story twists Fellowes and company felt compelled to give us were not really what addicted us to Downton Abbey. Rather, the window into the day-to-day lives of the British aristocracy, and the people who served them, was always the real draw here. This movie puts us in that world one more time, possibly one last time.