"The ways it’s like Inception become clear as we dig into the plot."

"It’s rare for an animated film to grapple with the reality that some children have parents who just don’t love them enough."

If you’re going to build, as it were, a ripoff of Inside Out – one that’s kind of a child’s version of Inception – you might as well build one with a good head on its shoulders. Actually, ripping off Inside Out is nothing new – we don’t even call it a ripoff when it’s the same studio and the same director, which was the case with the wonderful new Pixar film Soul. When you consider that that 2015 film is also the inspiration of sorts for a different great Pixar film, Coco, as well as the much-reviled The Emoji Movie, and that even Ralph Breaks the Internet owes a debt to Inside Out, the new film Dreambuilders finds itself in pretty good, or at least pretty prominent, company. 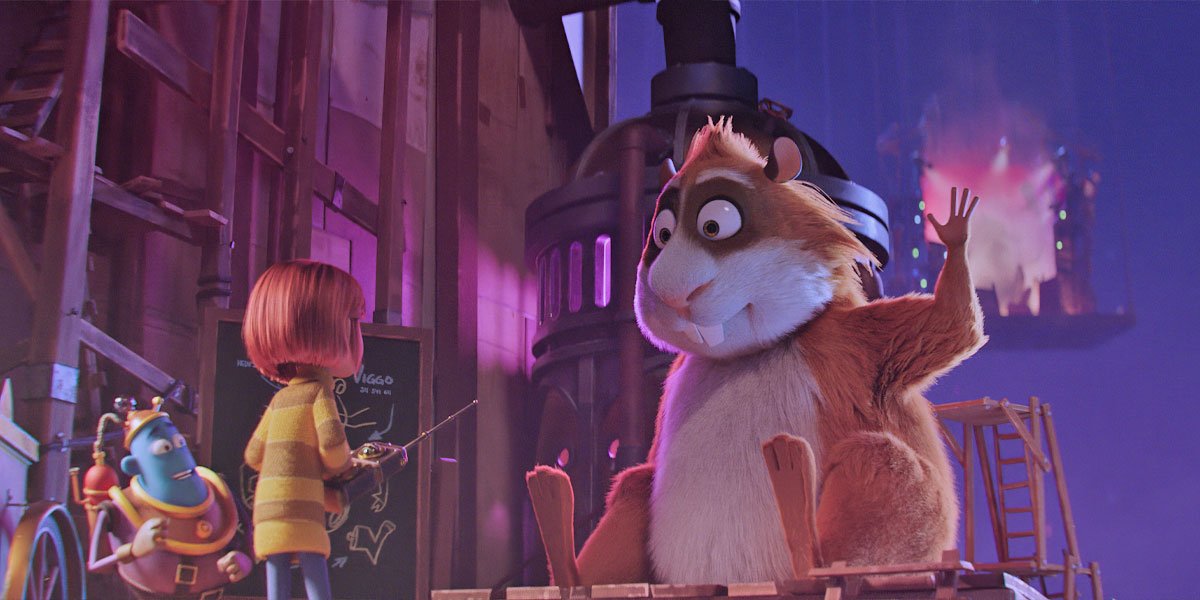 Dreambuilders is a Danish production from Sola Media, directed by Kim Hagen Jensen, and it’s getting a theatrical run in Australia starting 7 January. The ways it’s like Inside Out are pretty clear, as it takes us through the behind the scenes of a world we have no hope of understanding: the world of dreams. We discover that dreams are not just fragments of yesterday’s events in the dreamer’s life, intermingled with random parts of the subconscious, but actually, dramatic plays performed on stages in a void-like dream space, connected to one another by swooping tracks travelled by carts. The actors and directors are so-called dreambuilders, blue creatures in sort of steampunk outfits.

The ways it’s like Inception become clear as we dig into the plot. Our protagonist is Minna (voice of Robyn Dempsey), a young girl who lives with her jolly bearded father (Tom Hale) after her mother has abandoned the family for a life of pursuing dreams of music stardom. Her father, John, is trying to make a new nuclear family by joining with his girlfriend Helene (Karen Ardiff) and her bratty daughter who is about the same age as Minna, Jenny (Emma Jenkins). Jenny is obsessed with social media and loathes Minna’s guinea pig, Viggo Mortensen (great name, great way to honour the fellow Dane).

With Jenny’s insistence that Viggo is a “rat,” a momentum starts to build within the house to find other lodgings for Viggo, just to keep the peace and try to make this new foursome work. However, Minna happens upon another idea. One night she stumbles out of her dream and first sees the dreambuilders who are assembling her nocturnal fantasies. She makes the acquaintance of the neurotic Gaff (Luke Griffin), who reluctantly agrees to help implant the idea in Jenny’s dream that she’s actually fond of Viggo. Of course, meddling with others’ dreams is strictly forbidden among dreambuilders, and even meddling with the best intentions for all involved figures to go awry. (And if you’re looking for the most direct connections to Inside Out, they’re here, when stages start crumbling and collapsing into the abyss, which is known as the Dream Trash – very much like Inside Out’s Memory Dump.)

Dreambuilders suffers from a number of the shortcomings shared by second-tier, outsider animation studios that don’t have the money for the highest priced vocal talent (there’s not a recognisable name in the cast) or the most sophisticated digital animation techniques. But if we disregard the value of all underdog animation studios on that basis, we are not only revealing our own snobbery, but missing out on some good storytelling.

What’s good about Dreambuilders is not so much the story it tells as the issues it is unafraid of confronting. As the story goes along, it’s clear that Minna is not the only child who has been abandoned here. We see that one of the reasons Jenny is such a jerk is that her own father wants little to do with her. At one point he calls her on her precious mobile, and when she answers excitedly, she discovers that he actually meant to call someone else. Ouch. It’s rare for an animated film to grapple with the reality that some children have parents who just don’t love them enough.

This material is married pretty well with the dreamspace material. If Pixar were presenting this environment, of course it would be bursting with colour and vitality rather than a series of floating stages connected by a black void. The void is kind of shorthand for “this is where we save our money.” That said, there’s enough creativity invested in the little blue creatures who build sets and costumes to distract from the fact that the dreamspace should be better. As the dreambuilders don outfits to appear as characters in the dreamer’s life, they take these responsibilities seriously, most of them acting like snooty thespians who feel like they should be doing Shakespeare instead. It works. 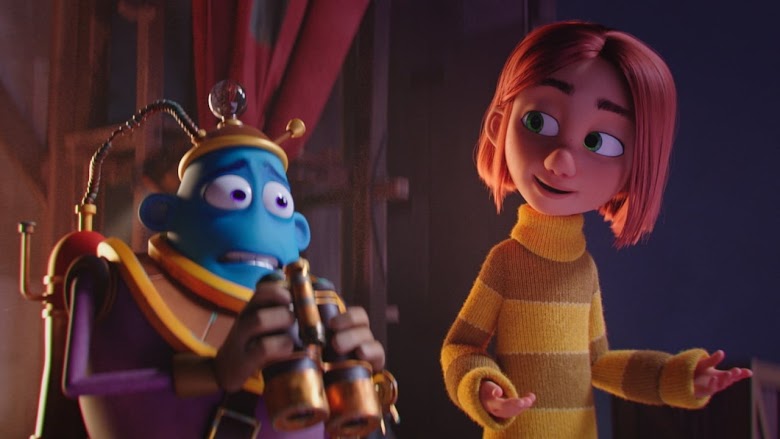 As does the movie overall. It’s not going to make you forget the dozen other better funded animation studios that are producing generally superior content, but Dreambuilders is heaps better than the lesser drivel churned out by Dreamworks and Blue Sky. Maybe the best thing we can take from it is to be reminded that you should not judge a book by its cover, nor an animation studio by its resources. When the writing passes muster, that’s more important than all the animated bells and whistles that are empty without it.