"It’s one of the truest cinematic documents of the year."

"At any point that this movie could go big, it opts for half measures that speak volumes."

You know how teenagers say “um” and “uh” and “like” all the time in real life, but rarely in the movies? Bo Burnham’s Eighth Grade is the “uh” and “um” of cinematic realism. It observes and reproduces the real tics of real people, particularly the early teenager at its centre. She is the ideal blend of an actress with impeccable instincts and a writer-director who somehow understands what it’s like to be a 13-year-old girl, even though he is a 28-year-old stand-up comedian. It’s one of the truest cinematic documents of the year.

This is not Bo Burnham’s perspective in multiple ways. He has never been an eighth grade girl. He’s a stand-up comedian, but comedy is not the dominant mode of Eighth Grade. And though he cut his teeth as a YouTuber back in 2006 when he himself was a teenager, he has a firm grasp on how a 2018 teenager would use this and other social media. I suppose you don’t get many scripts from actual teenagers, and being 28 does not exactly make Burnham over the hill. It’s just that “write what you know” is a maxim for writers of any persuasion, so something as keenly realised as this seems like it could only come from someone like Kayla Day. 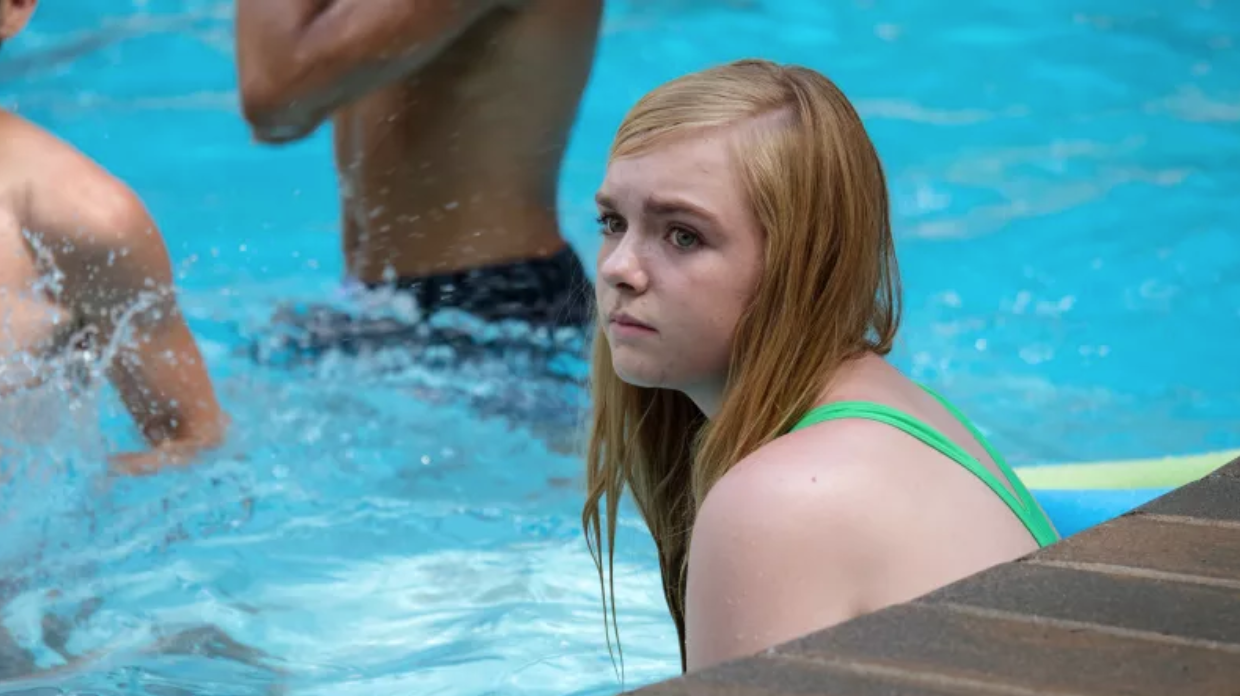 Kayla is the eighth grader of the title, and she’s played by actress Elsie Fisher, who is 15 as of this writing. Fisher isn’t new to the screen – she had a TV role on Medium when she was only 6 – but she will still be largely unfamiliar to anyone who watches Eighth Grade.

That should quickly change. Fisher’s gifts are abundant, but they aren’t showy, and they aren’t the sum total of her ability to produce realistic verbal pauses in her line readings. No, this is the type of performance born of instinct. A typical example of her unpractised approach is that Fisher can deliver half a word before switching to a different word, giving us boundless insight into the constantly changing landscape of her mind.

Self-presentation is of paramount concern when you are 13, especially in 2018. Kayla is a YouTuber who stammers her way through advice videos that accrue fewer than ten views each. She’s confident enough online, but is voted quietest student in her class. It’s her last week of school before heading off to high school in autumn, and she’s navigating social minefields like a pool party at the popular girl’s house and an outing at the mall with the high school girl functioning as a mentor/big sister. Meanwhile, her dad (Josh Hamilton) is trying his best as a single parent, offering his dorky attempts to be a cool dad while secretly worrying about that downcast look in his daughter’s eyes. 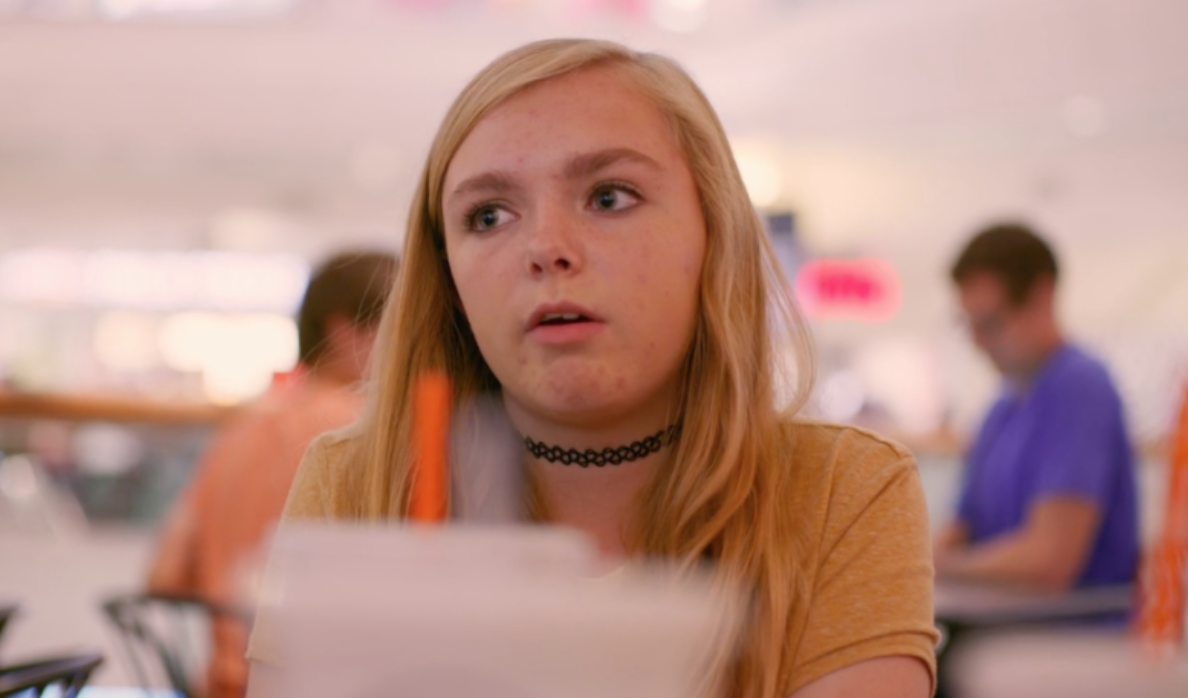 False notes? There are few. Movies about young people usually have a popular girl (or boy) who seems to take sadistic pleasure in tormenting the protagonist. Eighth Grade recognises that trope, but this girl’s relationship to Kayla is one largely of indifference. She’s annoyed that her mother guilted her into inviting Kayla to her pool party, but not because she wants ill to befall Kayla. She just doesn’t give two shits about Kayla one way or another, and has a uniquely modern approach to conveying this attitude. In delivering the invite, she DMs Kayla “My mom said I should invite you to my party so this is me doing that.” Message received, but without the excess ornamentation of a lesser film.

At any point that this movie could go big, it opts for half measures that speak volumes. We get the humiliation of being an unpopular teen, without Burnham relying on big set pieces and moments of epic embarrassment. Betrayals are small and abstract, poorly chosen words are par for the course. Day-to-day indignities are the things that keep you from feeling like you’ll ever fit in. 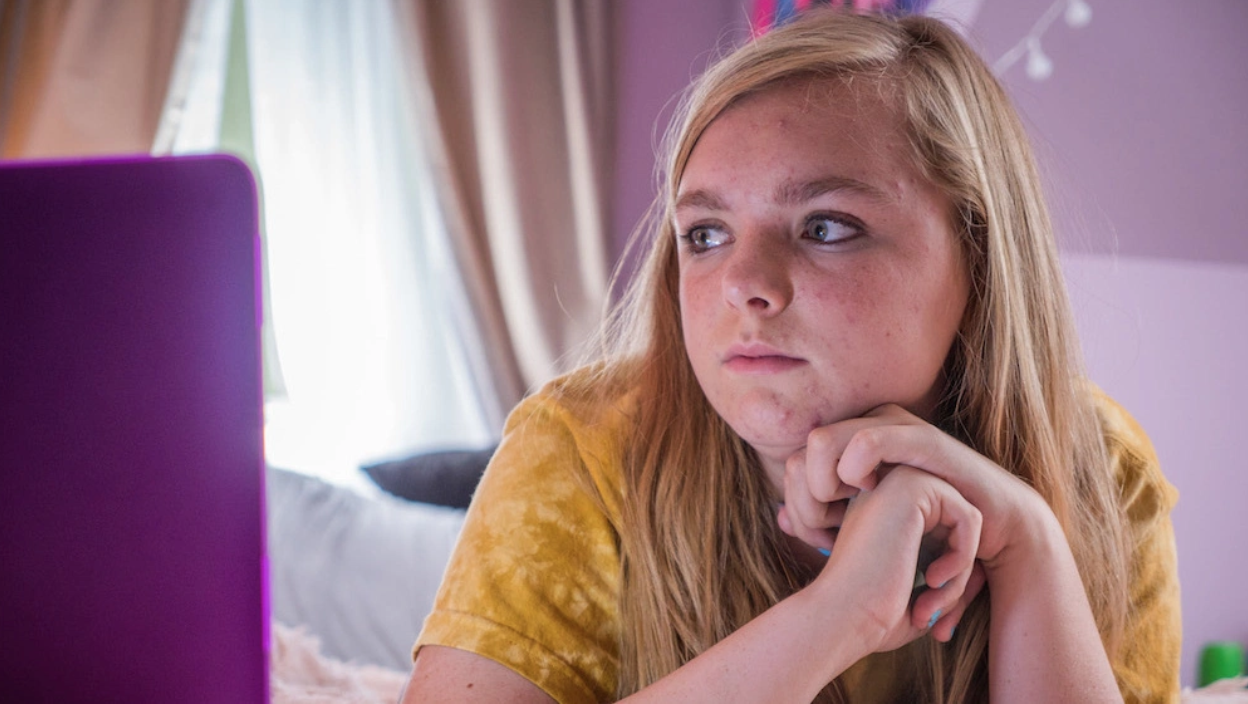 The film has a second perspective that is not born of its director’s experience, which is that of Kayla’s dad. In Josh Hamilton’s hands, Mark Day is also poignantly trying to find his way, a generation removed from his daughter. A single dad burned by his wife walking out on him years earlier, Mark displays his vulnerability by an eager-to-please series of adjustments and strategies to marry the role of friend with the role of parent. He weathers the storm of Kayla’s withering comments and eye rolls because he’s as needy as she pretends not to be. His earnest attempts to be there for her, in whatever way she needs him to be, grow in their emotional power over the course of the movie.

Eighth Grade is a masterwork of getting the details right, even and perhaps especially when they don’t immediately translate. Kayla signs off her YouTube posts with the slogan “Gucci!,” which is accompanied by the A-OK hand gesture. If you google what she means by that, you won’t get an answer – it’s just something Fisher was saying on set, and Burnham incorporated it into the film. Sometimes teenagers have no idea what they mean. They just want to mean something.