"It’s hard to imagine that even a man as brilliant as Finch could prosper scientifically in such an environment."

"In the age of COVID, it’s hard to know if audiences will find more solace from contemplating their own mortality, or escaping to the next James Bond or Marvel movie."

When you come right down to it, the end of the world really sucks. That thuddingly obvious statement probably requires some clarification. Most post-apocalyptic movies, of which we’ve gotten hundreds if not thousands, contain a morsel of hope about rebuilding society or at least carrying on the human race. Not lately. Last year’s The Midnight Sky, directed by and starring George Clooney, left the prospects extremely bleak for the future of the species. Now we’ve got another beloved Hollywood leading man whose only companions in a 70 degree hellscape are a robot and a dog. 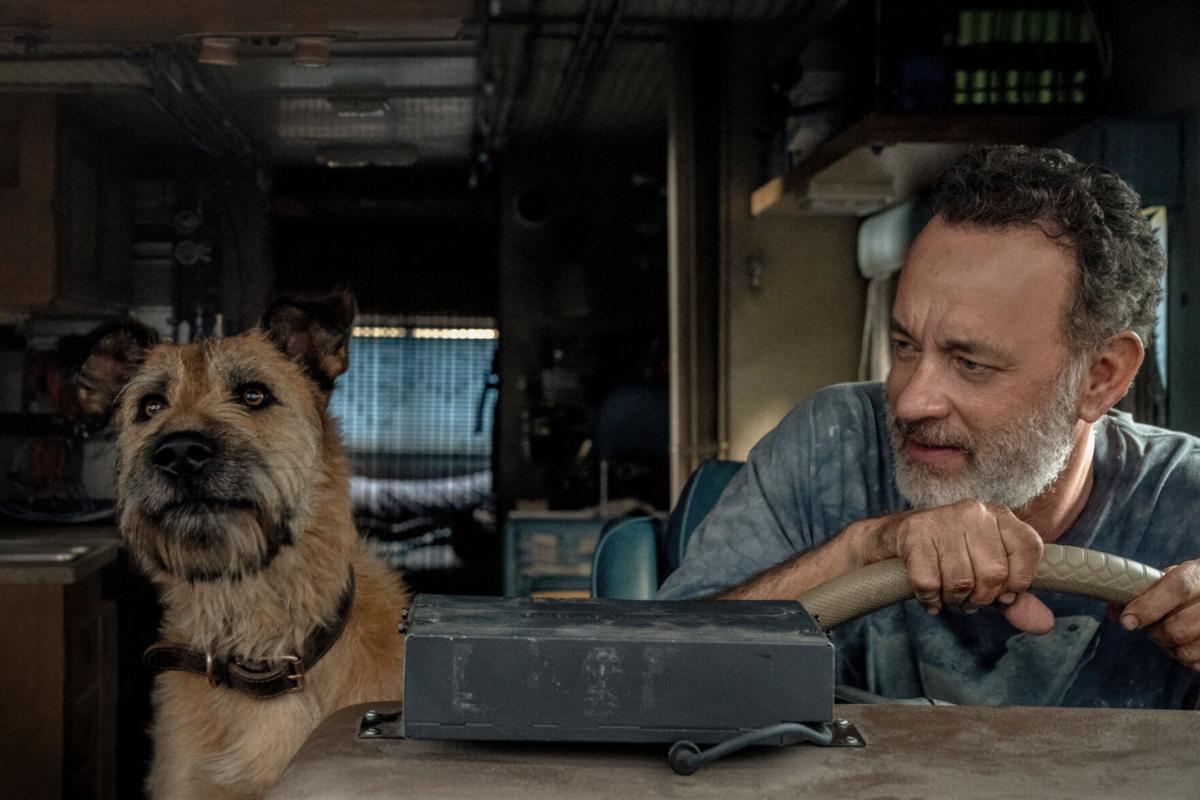 In Finch, Tom Hanks revisits his earlier solo project Cast Away in a manner of speaking, as he’s the only human on screen here – which would have made this the perfect COVID-safe project had it not already been filmed in 2019. The ever-popular bugaboo in a movie like this, the solar flare, has destroyed the ozone layer and raised temperatures to the point where life can’t survive, not to mention creating the conditions for violent windstorms that must be ridden out indoors. If there’s even anyone alive to ride them out.

There’s at least one. Life cannot survive, we should clarify, unless you are a brilliant scientist who can both design a suit to help withstand the temperatures on your frequent foraging missions, and program robots to help with said missions, maybe even carry on their half of an interesting conversation. That describes the title character, who whistles old songs while picking through the St. Louis area buildings he hasn’t yet branded with the word CLEARED on their facades. Finch’s unlikely optimism is about to be challenged when his equipment picks up a convergence of weather patterns fixing to drop a 40-day storm on his doorstep. Of course, that short-term optimism is also a facade, as Finch is reading books on the effects of radiation poisoning and starting to cough up blood.

It’s his dog, Goodyear, that Finch is most concerned about, which is why he’s invented an AI in the body of a human-sized robot, who calls himself Jeff (voice of Caleb Landry Jones). Jeff’s purpose, which his creator does not immediately reveal to him, is to look after Goodyear once Finch is gone. In the meantime, he’ll help on the new mission Finch sets when the storm forces him to uproot his St. Louis operations and road trip toward the west coast, for one last chance to visit the Golden Gate Bridge. Because Finch had to abort Jeff’s data upload at only 72 percent, Jeff maintains the aspects of a curious child, despite containing a wealth of information that might allow him to carry on whatever version of survival this is.

The details of how quickly society fell are a little sketchy in Finch, and one assumes the temperature didn’t hit 70 degrees overnight. Still, it’s hard to imagine that even a man as brilliant as Finch could prosper scientifically in such an environment. You get the sense that Jeff is an invention, an unprecedent creation in human history, more of a prototype than a finished product. It’s a little too convenient, then, that the AI, who doesn’t come online until the narrative is well underway, is so intuitively empathetic and goofy and non-robot-like, right out of the box. It speaks to the imperative in a film like this to have a second character with personality, and a dog and a foraging ground rover don’t count.

Caleb Landry Jones overcomes some of these nitpicky concerns with his winning vocal performance, which is sort of like his impersonation of a child’s voice warped and sent through autotune. Even though Hanks made it work with just a volleyball in Cast Away, at least there he had a beautiful island setting for us to feast our eyes on. In this dusty and sun-bleached wasteland, we need a second person to talk to as much as Finch does, and Jones really gives the viewers something to latch on to and chuckle over. He functions as a viewer surrogate as well, learning this world as we learn it.

Too bad that with all his scientific knowledge and natural qualifications to try to restart society, Finch’s days are numbered. It’s a secret the film barely tries to keep, and is previewed by the very setup of this world. Miguel Sapochnik’s movie is basically telling us not to expect a deus ex machina to come along and restore life to earth. That’s not to say Finch doesn’t seek to unearth its own brand of optimism, it’s just uncertain if audiences will experience it that way. 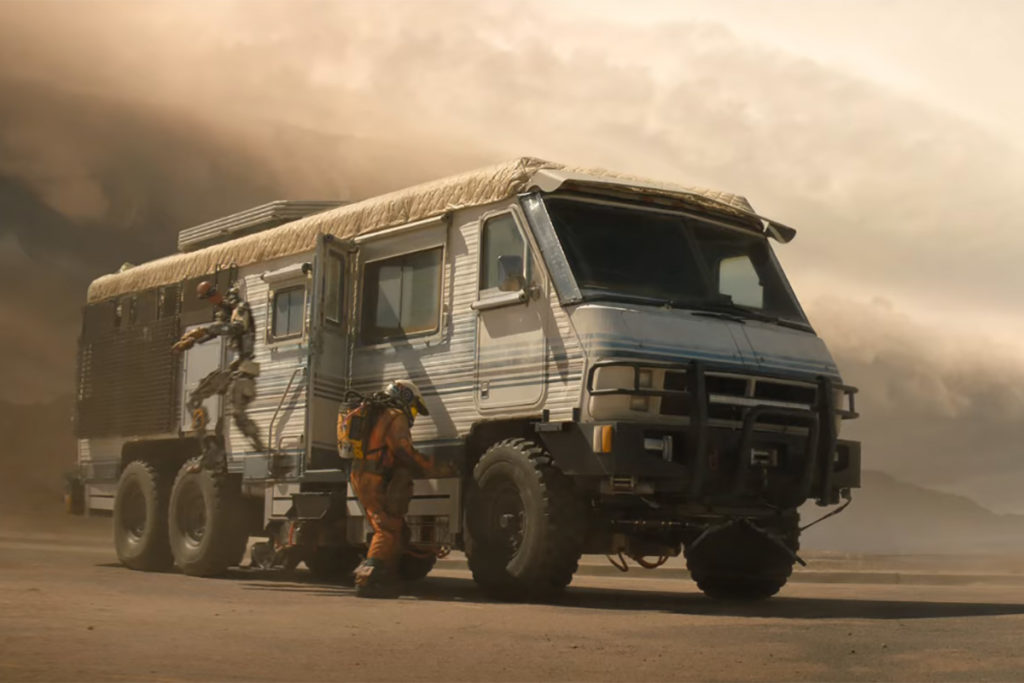 Bleak times call for bleak movies. Or, they call for an extreme dose of counterprogramming. In the age of COVID, it’s hard to know if audiences will find more solace from contemplating their own mortality, or escaping to the next James Bond or Marvel movie. The safe money is on the latter.

Still, old pros like Hanks are enjoyable to watch in anything they do, and the actor’s second film in two years to debut on AppleTV+ (after last year’s Greyhound) gives us that despite his character’s dead-end prospects. It might not be lost on viewers that Hanks was also the first big name to contract COVID-19 last year, so there’s something symbolic about his role as a survivor in the uncertain times we face. Let’s all just hope we don’t need robots to continue feeding our dogs after this is all said and done.

Finch is currently streaming on AppleTV+.