When it comes to romantic comedies these days, it takes a lot to impress, especially with the frequency in which they seemed to be churned out. A good rom-com is rare, and I’m definitely a romance skeptic. But sometimes, when rom-coms embrace the inherent ridiculousness that comes with the whole ‘odd-couple’ trope, and cast two very charming leads, it can turn out…well, not bad.

Isabelle (Diane Kruger) has found the perfect man and they are soon to be married. The only problem is, Isa’s family suffers from a peculiar ‘curse’ – first marriages will never last. Consumed with worry over this superstition, and wanting to spend the rest of her life with Pierre (Robert Plagnoll), Isabelle’s solution is to have a quickie wedding, and then promptly divorce the first guy before she marries Pierre. Enter Jean-Yves (Dany Boon). Isabelle chases him halfway around the world, but of course, things don’t quite go according to her master plan…

Fly Me to the Moon (French title Un plan parfait) definitely garners points for embracing the silly nature of its story, and creating some silly humour to match it. Let’s face it – it’s very hard to take seriously a family and main character that believe in a marriage curse. Sometimes, my belief was stretched to the limit, and instead of laughing at the situation, I found myself wondering what the hell Isabelle was thinking? How can a logical person (which we are lead to believe Isabelle is most of the time) act this way? It’s much easier to just go with the flow. The conclusion of the film is never in question (who goes to a rom-com to be surprised?), and thankfully, there is some occasional laugh out loud moments along the way. 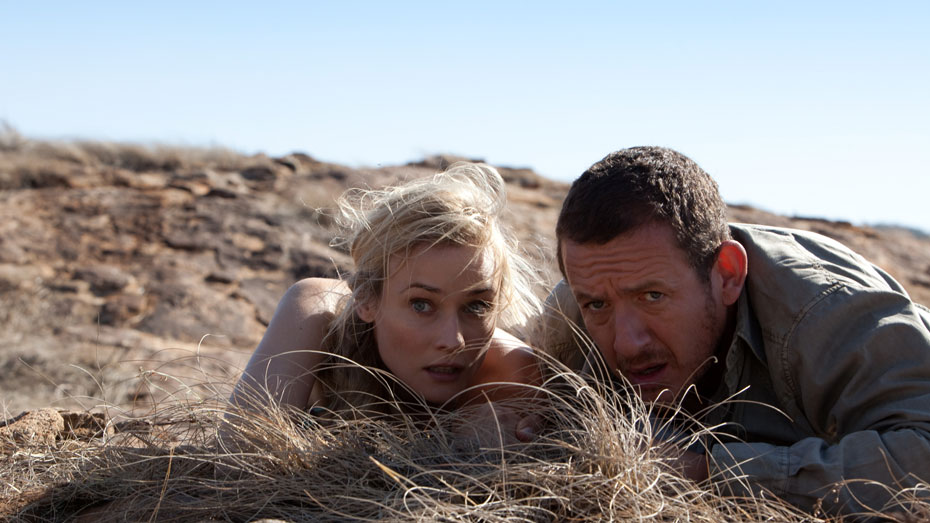 I credit the successful laughs to the comic performances of Kruger and Boon. Isabelle is the typical ‘calm and in control’ woman who discovers a new lease on life. Sometimes, it’s even hard to like her! Her treatment of Jean-Yves is often callous, but she does redeem herself in the end. Diane Kruger carries her role with great sense of energy and vibrancy. But, it is Dany Boon who really steals the show, as the sweet-hearted travel writer. He’s endlessly endearing, produces some real emotion, and puts his comic

Visually colourful, with charming leads, and yes, I even laughed out loud a few times, but despite all this, Fly Me to the Moon adds nothing new to the romantic comedy genre. Fans of Kruger and Boon will enjoy it, and it’s light-hearted enough to make for a pleasant viewing. Even though it’s largely forgettable, it’s the type of film I could watch to pass a lazy Saturday afternoon.