"It's amazing how much mileage Wheatley gets out of a dozen or so men (and one woman) stumbling around an abandoned factory with non-fatal bullet wounds, shooting at each other "

"It would be dishonest for a movie like this to end without a body count, but it proceeds without a single death long enough to establish itself as a comedy. "

After cutting his teeth on artsy genre benders that don’t really work (A Field in England, High-Rise) or are really quite interesting (Kill List, Sightseers), British director Ben Wheatley makes a concession to the mainstream with Free Fire, a groovy 70s action comedy in the spirit of last year’s The Nice Guys. This is not them taking a darling indie talent and inserting him as the director of the next Marvel movie, though. The cast may be more famous and the setup more digestible, but the sensibility is still Wheatley.

It’s amazing how much mileage Wheatley gets out of a dozen or so men (and one woman) stumbling around an abandoned factory with non-fatal bullet wounds, shooting at each other from behind slabs of concrete and broken down machinery. That’s the Free Fire plot in a nutshell, as the movie boasts one of the more literal titles out there. A group of buyers and a group of sellers show up at an exchange of cash for guns in a Boston factory, sometime around 1976, and broker the deal sensibly until moments before its completion. Then a hothead from one crew recognises a junkie from the other crew as the guy he beat up the night before in an incident at a bar involving his cousin being bashed in the head with a beer bottle. Tempers flare, and it’s not long before the first gunshot goes off. The first of approximately 793 gunshots. And boy is that fun. 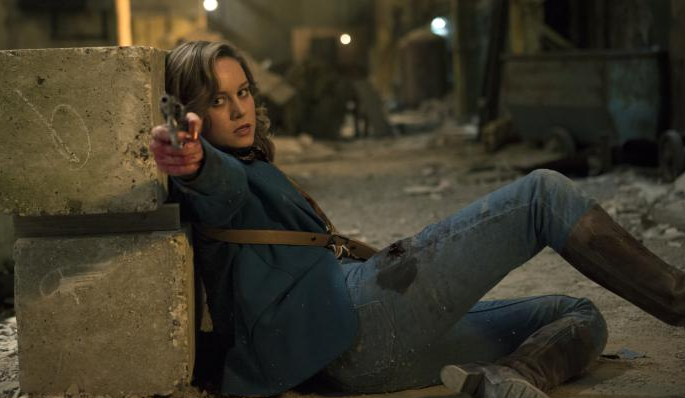 It would be dishonest for a movie like this to end without a body count, but it proceeds without a single death long enough to establish itself as a comedy. Wheatley plays people shooting at each other for comedy the way Quentin Tarantino would, or the way Shane Black would, as he did in the aforementioned The Nice Guys. The movie drops us into the scenario with only a hint of setup and no character backstories, allowing us to learn who these people are in the course of them sliding and shimmying between insufficient protection in the midst of a war zone. Their false bluster, their juicy grudges, their snappy one-liners and their bemusement with the ridiculousness of the scene all play for huge laughs. These are almost exclusively bad people who are also relatable human beings just trying to navigate a major cock-up. They can’t help but laugh, and we can’t help but laugh with them.

Black comedy has been a calling card for Wheatley, sometimes close to the surface (Sightseers), sometimes deeply buried (High-Rise) and sometimes almost undetectable (Kill List). Never would you say that he’s gone for laughs as he has here, and it really suits him. This is the way to take your brand mainstream. Wheatley has undoubtedly yielded to some commercial pressures that go hand-in-hand with the names in his cast (recent Oscar winner Brie Larson, Cillian Murphy, Armie Hammer and Sharlto Copley, just to name a few). But you won’t have time to start forming the word “sellout” before Wheatley smacks it off your lips with smart writing, clever set pieces and a caustic sense of irony.

The movie works so well because he’s capable of bringing actual dynamism to an essentially static scenario. The narrative does not so much move forward as tread water pleasingly. Stratagems are ventured, positions change, higher ground is sought and a suitcase of money changes hands and locations amongst the growing rubble, but this really is nearly 90 minutes of people just shooting at each other. Okay, 15 minutes of pre-shooting and 75 minutes of actual shooting. Some of it with a John Denver score. It may seem unlikely, but the wit and charisma of the cast just keep it moving along with little more than the occasional hint of restlessness. 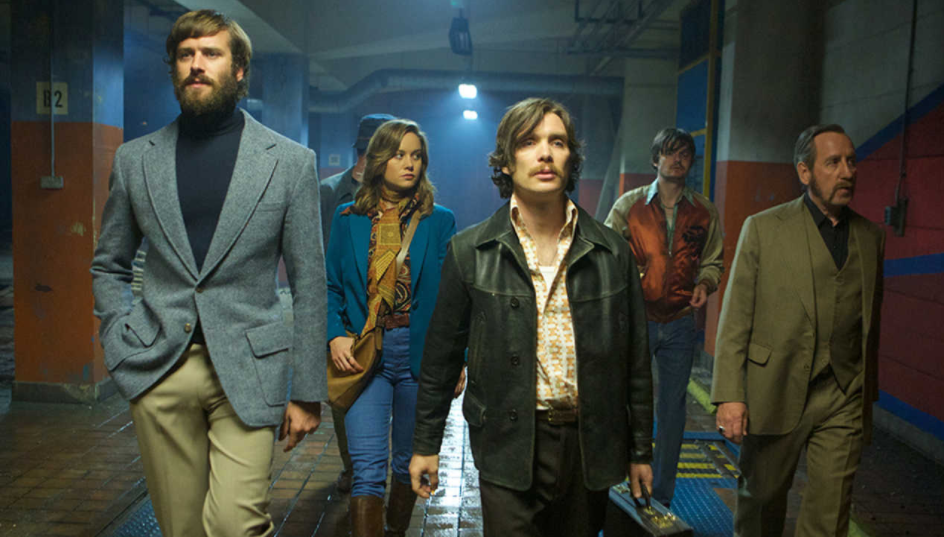 Each cast member does his, or her, part. They work so well together as an ensemble that picking out people to praise seems too particular. But anyone who thinks Hammer’s charm has gone untapped to this point in his career will find it put to great use here, as he’s got a bit of unflappable wry wit for every occasion, and a beard that makes him sort of resemble John Krasinski, even though Krasinski himself is rarely bearded. Murphy brings a different type of charm as the IRA foot soldier who just wants to buy some guns, and possibly ask Larson out on a date. Copley’s got his own unique presence, and worth drawing extra attention to is Sam Riley, one of several Brits doing a decent Boston accent, an ongoing reminder of how good they are at that sort of thing. Larson may actually contribute the least, without actually giving a bad performance. She just doesn’t always feel like she’s in the same movie as the rest of these batty blokes.

Free Fire does contain a few missteps, jokes that don’t seem to have quite the payoff we would expect, moments that are played in an uncomfortable realm between humour and drama. Certain deaths are emblematic of this, one or two playing as big money shots with the rest leaving us uncertain whether to laugh or despair. For the most part it manages a tricky tone quite well, and some of these half measures just might be an indicator of this new territory in which Wheatley finds himself. He’s dipped his toe into the mainstream. Whether his next move is as the director of a Marvel movie or scampering back into his eccentric cinematic upbringing remains to be seen.