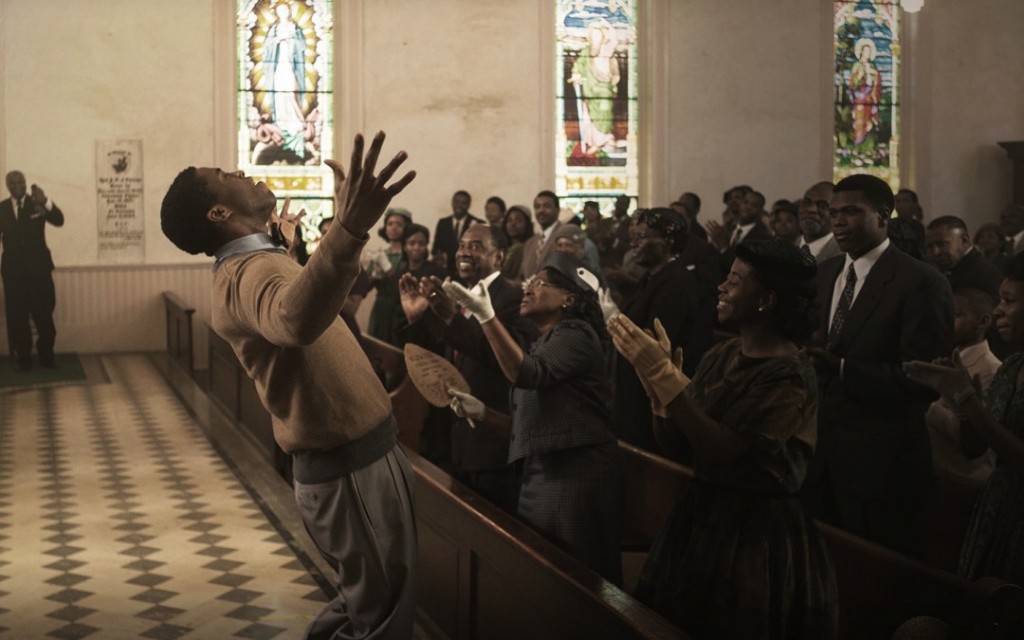 Get On Up is unlikely to satisfy audiences with any genuine curiosity about the life and work of James Brown, so insignificant is the insight of Tate Taylor’s biopic into the Godfather of Soul. Brown was a turbulent figure, infamous for a stormy personal life that punctuated his musical career. Regrettably, Taylor’s film is remarkably shallow, wholly disinterested in delving into Brown’s life with any consideration or observation. He was one of the most important figures in 20th Century music, but Get On Up has nothing to say about the man. There’s no comprehension of why Brown’s music was so important, what Brown himself brought to his music and indeed what propelled Brown through life.

The film interprets Brown’s talent in a similar fashion to the way that Franki Valli’s voice was addressed in Clint Eastwood’s Jersey Boys earlier this year. It’s not enough to hail a man as a genius without expressing why. If nothing is discovered about the subject of a biopic, what point is there of that biopic? Get On Up is a showcase for Brown’s extensive catalogue of hits. There’s nothing convincing enough to suggest how he found inspiration or why he was such a volatile character. A significant part of the problem is Taylor’s decision to present Brown’s life erratically rather than progressively. The disjointed narrative throws us around from moment to moment, then back to moments without any sense of clarity or thematic cohesion. Undoubtedly the intention was to compile an impression of Brown through important junctures in his life, or to convey what a complicated man Brown was, or even just to distinguish it from the torrent of musician biographical pictures that share almost every element save the name of the subject, but the result is chaotic and dishevelled. 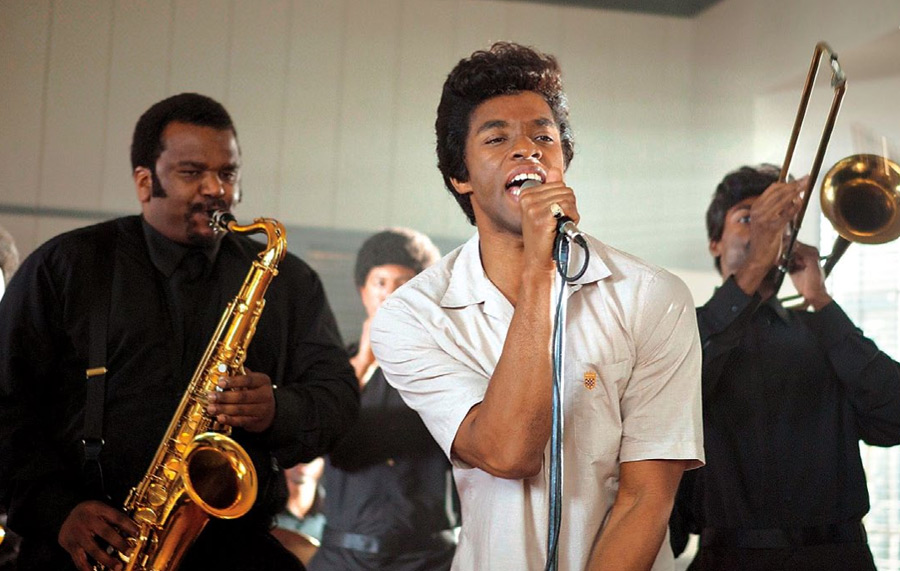 Chadwick Boseman brings an appropriate amount of energy to his portrayal of a man who was hailed as the ‘hardest working man in show business.’ Crucially, and one of the more successful elements of Taylor’s film, Boseman never interprets Brown as a particularly likeable man. His relationships, both personal and professional, range form shaky to absolutely resentful. Bobby Byrd (Nelsan Ellis), perhaps the closest thing Brown has to a friend in Get On Up, sticks with the man out of awe of his ability rather than any true sense of kinship. Brown’s romantic life is similarly tempestuous, going through a number of women that he mistreats and mistrusts. The film suggests that his behaviour toward women stems from being abandoned by his mother as a child, but not particularly convincingly.

Brown’s much publicised drug use and his cases of domestic violence are covered, but minimally and in the least enlightening of ways. A brief shot of Brown rolling cocaine into a joint seems the sum of Taylor’s interest in the man’s substance abuse, but later scenes show him behaving so erratically it’s difficult to imagine that drugs weren’t a far more significant issue that Get On Up is willing to accept. Brown’s daughter recently penned an autobiography explaining that her exposure to domestic violence as child made her believe it was a regular part of life, and yet Taylor, more interested in reproducing flashy (and lengthy) concert, restricts the issue to a single offscreen blow. Get On Up constantly hints at Brown’s inner turmoil but never makes any more than cursory attempts at uncovering some form of explanation. There may be no explanation, but without at least some form of consideration, the film spirals into a convoluted, astonishingly long and utterly superficial look at a man who was one of the most influential artists of the 21st century.