Without a Cairo in the world. 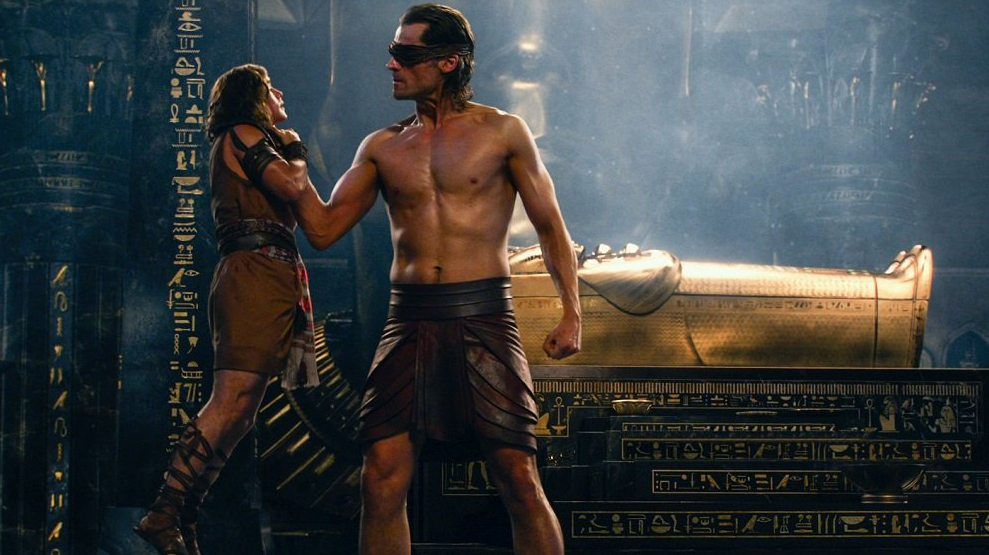 There are three reasons why I’m so glad that Gods Of Egypt exists. The first is that it’s often so eccentric in its approach to Egyptian mythology that it’s entertaining. The second is that the film’s narrative, dialogue and acting can be so awful it often becomes engaging. The third is that, at times, Gods Of Egypt can be somewhat good despite itself. Quite often, all three schools of thought unify and the result is a film that you might not be able to put your finger on.

Gods Of Egypt is happy for you to come along for the ride but doesn’t really mind all that much if you don’t. I feel as though any cinema playing Gods Of Egypt would be the most cheerful in a multiplex, even if there were not a single audience member. It’s far too busy lumbering about in its own world to care what anybody else thinks, happily enthusiastic about all the ideas committed to screen, good and bad. If you’re unwilling to be swept up in whatever Gods Of Egypt is then that’s your problem, not Gods Of Egypt’s.

The premise is based on a genuine legend in Egyptian mythology, in which gods Horus and Set fight for the control of Egypt. In Gods Of Egypt, the gods now also have the ability to turn into golden animals when they fight one another. Set (Gerard Butler) defeats Horus (Nikolaj Coster-Waldau), steals his eyes, banishes him and busies himself ruling Egypt with the same counter-productive malace with which Scar took over Pride Rock in The Lion King. It’s all well and good being a ruler, but surely it’s a more pleasant experience to be a nice ruler. 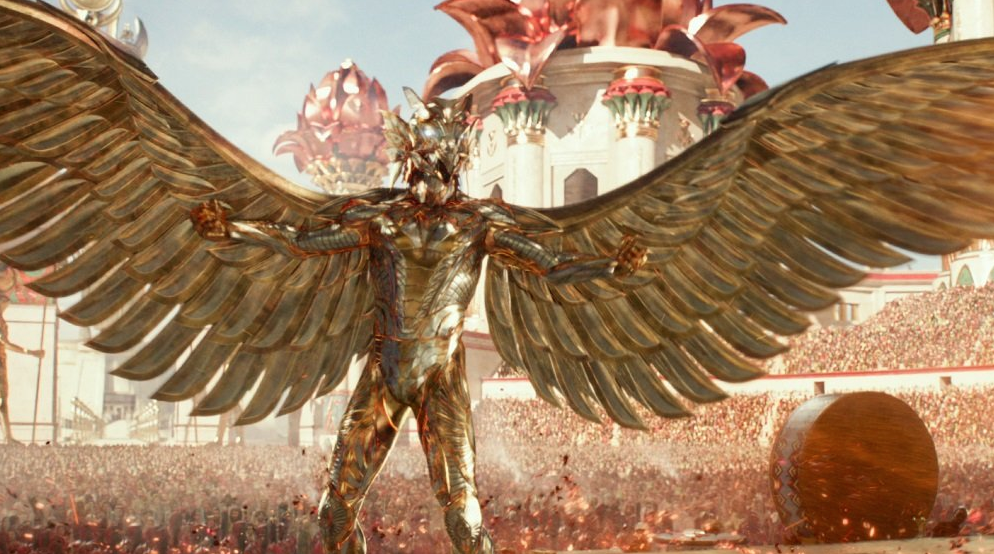 Horus teams up with the mortal, Bek (Brenton Thwaites), because Gods Of Egypt has a message to convey about how worth comes from personality, not special abilities. It probably didn’t need a message like that but then when did God Of Egypt ever think about what it needed and what it didn’t need. Another message is thrown in for good measure in the final moments, regarding wealth and happiness. Because Gods Of Egypt can’t see the point in having cake if you can’t eat it. Gods Of Egypt loves cake.

Ordinary assessments of good and bad don’t apply to Gods Of Egypt, bless its little heart, because the two co-exist so merrily. It’s an easy film to pick on. Set’s broad Scottish accent, the one-liners so wooden that it could be intentional and the bizarre approach to the way the film envisions the sun god Ra are but three of many examples of ways that Gods Of Egypt blurs the lines between awful and eccentric. But to dismiss Gods Of Egypt as rubbish would be to waste a potentially enjoyable couple of hours. This isn’t so bad it’s good. It’s also not just enjoyable for the extremely easy to please. Not two days ago I wrote a scathing review of Pride And Prejudice And Zombies. There’s just something about Gods Of Egypt, and we may never be entirely sure what that is, that’s genuinely appealing. Perhaps Gods Of Egypts doesn’t know what it is either.

I’m glad that Gods Of Egypt exists. It’s a film that has very little to do with Egypt and not much more to do with Egyptian gods. The special effects are often appalling, as is the dialogue and the acting. The plot hurtles from one excitable moment or concept to the other. It resembles a lot of underwhelming films in recent years, particularly the Clash Of The Titans movies. And yet it’s better than them. Why or how may remain one of life’s biggest mysteries. There’s no telling why I feel as though I should give Gods Of Egypt the score I’m giving it. But here we are.