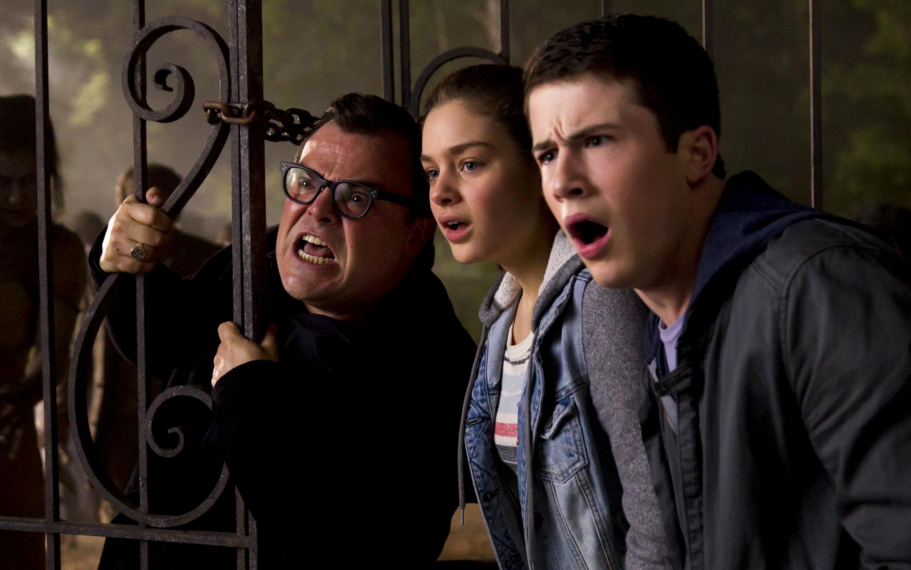 For all a late-twenty something man would know, the R.L. Stine “Goosebumps” books stopped circulating bookshelves back in late 1997. A cursory Google search will deduce that it was more of a case of that late-twenty something growing out of Stine’s work than a case of the the world forgetting it. Stine’s original series of Goosebumps novels ran from 1992 until 1997 (with an impressive total of sixty-two stories) but the brand and Stine’s involvement in it hasn’t diminished, with series’ such as Give Yourself Goosebumps, Goosebumps Graphic and Goosebumps Horrorland still building on the foundations that Stine laid out in the 90s. Goosebumps is alive and well.

Rob Letterman’s Goosebumps is not so much of an adaptation of one of Stine’s novels than an adaptation of all of Stine’s novels. Stine himself is a character and Goosebumps aficionados will recognise a lot of the moments and monsters. It’s starts to play out like a classic Goosebumps story – a teenage boy, Zach (Dylan Minnette), and his mother, Gale (Amy Ryan), move to a new town to start afresh and there’s something not quite right with their neighbours – but before long Letterman steers the film into resembling something more along the lines of Joe Johnston’s Jumanji.

The neighbour turns out to be R.L. Stine (played by Jack Black) and his bizarre behaviour is a result of the fact that he’s secretly keeping all the monsters he’s ever written about locked in a series of manuscripts. Zach mistakenly thinks he sees Stine mistreating his teenage daughter, Hannah (Odeya Rush), so he recruits the only person he’s met in his new town, Champ (Ryan Lee) to help him investigate Stine’s house. They accidentally stumble across Stine’s horde of manuscripts, one thing leads to another, and the monsters are unleashed on the town. 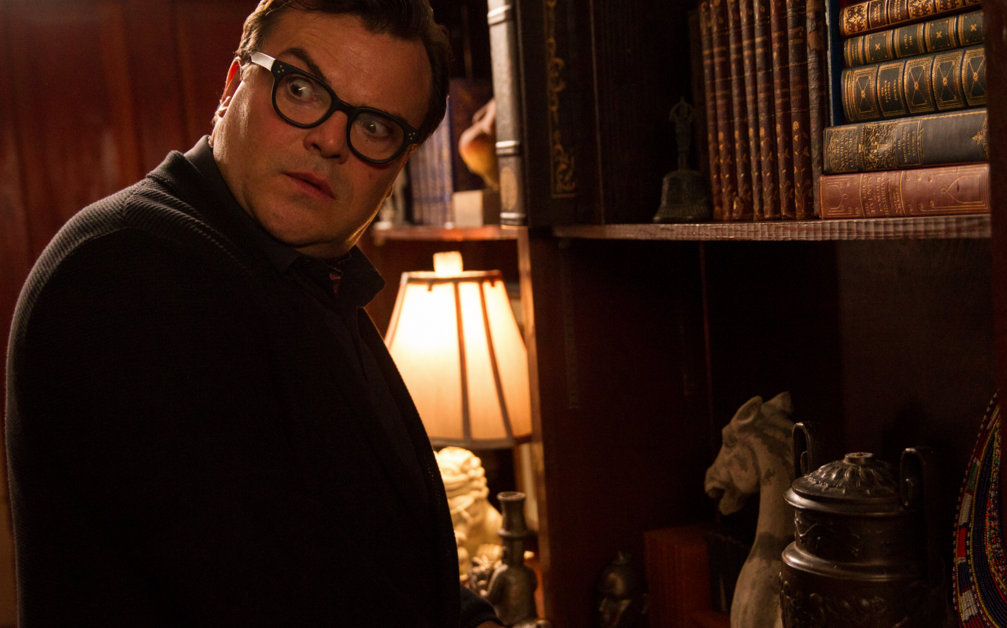 There’s a lot of Jumanji to Letterman’s film, but there’s also The Goonies and Gremlins and a whole host of those children adventure films that were everywhere in the 80s but seemed to have dropped off the radar in subsequent years. The script, with contributions by Larry Karaszewski and Scott Alexander (the men behind The People vs Larry Flynt, Man On The Moon and Ed Wood) spends a lot more time establishing the characters that films of this ilk usually allow. The first half hour or so allows the relationships, particularly between Zach and his mother and Zach and Hannah, to develop naturally and somewhat believably.

And then the monsters are unleashed and Goosebumps switches to autopilot. The monsters, arguably the most memorable elements from Stine’s books, are realised hastily. There are a lot of creatures running around the town, but there’s no individuality about any of them. Goosebumps icons, so vividly realised in the source material, are pushed through the action without any sense of personality or significance. As the characters run one from uninspired set piece to another, there’s no sense of rhythm or pace to the relentless onslaught of computer generated catastrophes; an issue accentuated by the fact that the first half of the film is so warm and entertaining.