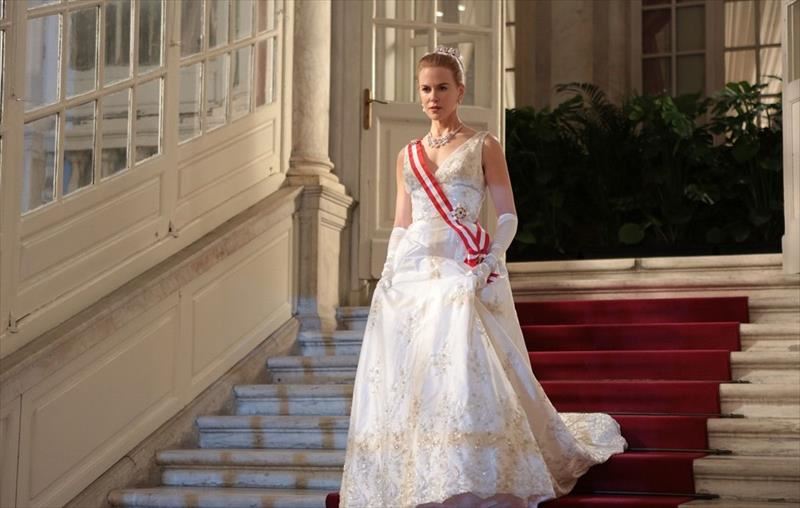 “I am Monaco”, Grace Kelly declares auspiciously during the final moments of Olivier Dahan’s Grace of Monaco. It’s a revelation that may have come as somewhat of a surprise to the citizens of Monaco, who perhaps feel they have a  slightly more substantial claim to the city state than the princess who had married into their monarch only a few years earlier. Unfortunately the film, like Grace herself, just doesn’t get it. None of this is the fault of the real Grace Kelly. According to star Nicole Kidman, Grace of Monaco is not a documentary nor is it a biopic. This is all just as well considering the film is void of any qualities essential to those forms of cinema and Grace of Monaco doesn’t appear to regard authenticity concerning either Grace Kelly or Monaco itself with any sort of importance.

Having concluded her successful career amongst the Hollywood elite in order to marry Rainer III (Tim Roth), the Sovereign Prince of Monaco, film star Grace Kelly (Nicole Kidman) has begun to grow listless in her new life. She is visited by famed director Alfred Hitchcock (Roger Ashton-Griffiths), portrayed here with erroneous empathy and kindness, and offered the lead role in his new film Marnie. Kelly’s initial acceptance of the role is leaked to the press, an incident that inexplicably leads to a heightened tension in relations between her husband and Charles de Gaulle.

The film is astonishingly simple in how it chooses to present information. Trivial events are ballooned completely out of proportion and many facts are entirely fabricated, ultimately leading to a sense of confusion as to why anybody is behaving in the way they are. “Have you thought this might be about more than a movie?” Kelly asks at one point, exemplifying the laborious efforts that the filmmakers make to inappropriately associate Kelly’s emotional problems with the political turmoil between France and Monaco. The entire film begs a question that is pertinent to many recent biographical pictures – if truth is to be so savagely altered, what reason is there in basing a film on reality in the first place? 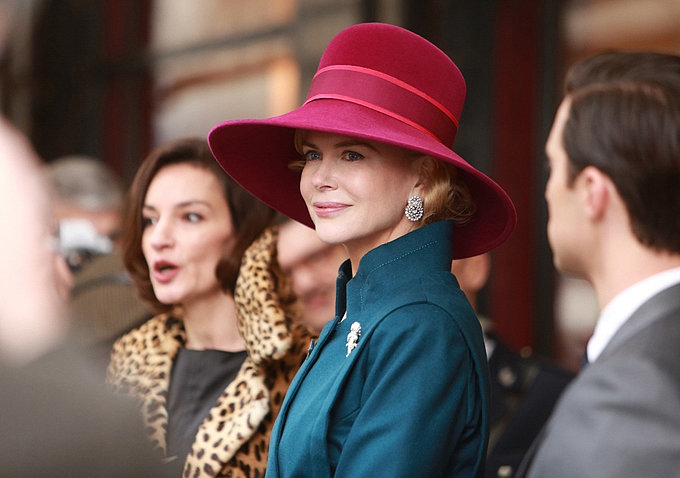 As a character, Kelly is wholly unsympathetic, seemingly unable to cope with the meagre burden that is put on her shoulders as a consequence of her royal marriage. Nicole Kidman’s painfully self-conscious screen presence does little to help the film. Scenes designed to elicit compassion for the princess by and large smack of self-pity. We’re informed repeatedly how much pressure Kelly is subject to as a consequence of her duties as a princess as well as her overbearing parents, but Dahan is unsuccessful in effectively conveying that sentiment, despite the alarmingly frequent close-ups up Kelly’s tear-laden eyes.

As Grace of Monaco increasingly implies that Kelly’s involvement in foreign affairs were integral to Monaco’s political success, the film spirals from lacklustre to thoroughly ludicrous. At one point, Kelly suggests to her royal husband that absconding to a quiet life of farming might not be such a bad idea for the family, apparently unaware of the implications such an action might have on the city state that Rainier III ruled. Indeed, Rainier takes a political back seat during the entire third act, which would have you believe that for a brief period of her life Kelly was the central government figure in Monaco.

Suspension of disbelief to such a degree is possible, but not when so many elements of the filmmaking process are  this problematic. In reality Grace Kelly probably did feel an enormous amount of doubt and pressure after uprooting her life in America and leaving the glamour of Hollywood behind her. But Grace of Monaco’s decidedly simple approach to Kelly’s story is likely to inspire laughs rather than anything else.