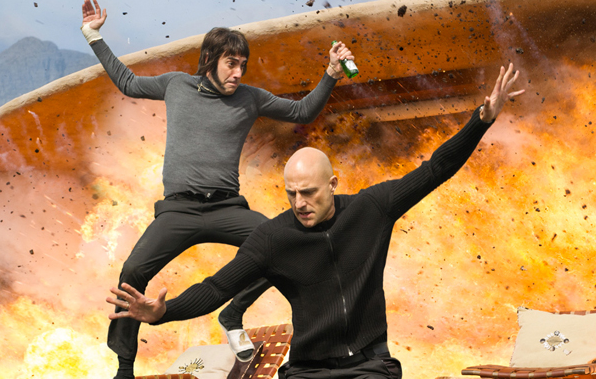 “The office of drama is to exercise, possibly to exhaust, human emotions. The purpose of comedy is to tickle those emotions into an expression of light relief; of tragedy, to wound them and bring the relief of tears. Disgust and terror are the other points of the compass.” – Laurence Olivier

Olivier might have re-evaluated his comment on the spectrum of genre had he been alive to watch Sacha Baron Cohen and Louis Leterrier’s Grimsby. It’s a comedy but it’s not light relief. Grimsby is more interested in the exhausting of human emotions that Olivier mentioned. There’s also a reasonable degree of disgust.

I laughed a lot in Grimsby. Is that great comedy? Grimsby is good for the reason that a lot of comedies are not good. That’s simplifying matter somewhat, but the unsophistication that fails so many American comedies is the answer to what makes Grimsby as enjoyable as it is. It’s crude, poorly plotted, offensive and there’s the sense that most of the jokes that are funny could be a result of blind luck. But Grismby can be, at times, uproariously funny. When was the last time you really laughed in a comedy? For better or for worse, Grimsby is the funniest comedy film to have been released in a long time. 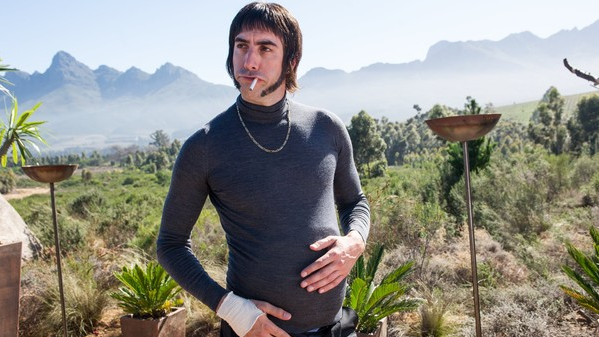 It’s for better because of the laughs. It’s for worse because the jokes you’ll be laughing at will concern elephant ejaculate or consuming poo to unclog toilets. If that doesn’t sound like your kind of humour, then give Grimsby a chance regardless, because it’s not the sort of humour that would usually attract me and yet, despite myself, I was laughing as loud as anyone else. There may be a degree of guilt that accompanies your enjoyment of Grimsby, but the laughter should drown it out.

The plot is somewhat meaningless, existing only to propel the characters from elephant ejaculate to consuming poo. Nobby (Baron Cohen) is an amiable but dim-witted football fanatic, living in the township of Grimsby. He is re-united with his long-lost brother, Sebastian (Mark Strong), from whom he was separated at a young age. But Sebastian has become MI6’s most deadly secret agent. Nobby’s general incompetence, when tangled with the world of espionage, makes for disastrous results. It’s the premise of awful comedy, and remains such despite the humour that surrounds it. The best moments of Grimsby have nothing to do with the plot. Best forget it entirely. Perhaps it ought to be mentioned that the union between comedy and action is handled smoothly, something that films such as 21 Jump Street and Pineapple Express, among others, struggled with.

Why the same crudeness that renders many other comedy films stale works in Grimsby‘s favour is anybody’s guess. Perhaps because there’s such a jolliness to the idiocy. Perhaps because that despite the fact that Sacha Baron Cohen, a well-educated, wealthy Englishman, is mocking a less fortunate and less educated socio-economic class in England, there’s never any malice to the ridiculing. In fact, Baron Cohen doesn’t appear to have any agenda in any regard when it comes to where’s he’s interested in drawing comedy from. There are few comedians whose work pertains to the concept of anything being open to comedic appraisal. Baron Cohen is one of them. That means that you might be appalled one moment and in hysterics the next. Grimsby is unapologetic and indifferent. To be offended would be like complaining to a brick wall.