"At first glance, the differences between Guardians of the Galaxy and its new sequel are somewhat inconspicuous."

"Perhaps the most glaring concern is the haphazardly meandering manner in which the plot unfolds. "

At first glance, the differences between Guardians of the Galaxy and its new sequel are somewhat inconspicuous. Writer/director James Gunn has furnished Guardians of the Galaxy Vol. 2 with most of the elements that made the original as creatively strong as it was, even if he’s also got nothing particularly new to help develop the space he so ably established in 2014. But the influence of those almost indistinguishable differences in the outcome of both films is monumental. Whatever the cause, whether it be the pressure of expectations or a case of good fortune in relation to the first volume, there was an effortless quality to that film that’s almost entirely absent in this sequel.

In many, if not most cases, films command judgement on their own merit. In the case of Guardians of the Galaxy Vol. 2, as a sequel, a comparison between it and its predecessor is as inevitable as it justifiable. Additionally, every merit of this sequel is an extension or emulation of a merit of the first film. Gunn invites comparison. If something works about this film it’s because it worked three years ago. Vol. 1 wasn’t a great film because of any sort of filmic innovation, it was a great film because every element functioned in a cursive manner with every other element. That’s rare in any film, blockbuster or otherwise. 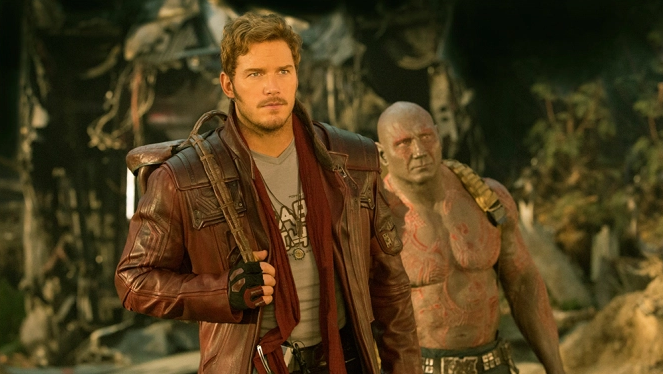 Vol. 2 opts for repetition in place of progression and does so after the good work of the first film established a need for progression. The missteps are conspicuous because of it. To credit Vol. 2, the potential in the narrative is certain. Gunn steers his action in a vaguely promising direction. But the execution is unstable and careless. Every beat strikes marginally to the side of its intended mark. It’s not off by far, but far enough and often enough to hamstring Gunn’s film considerably.

Perhaps the most glaring concern is the haphazardly meandering manner in which the plot unfolds. Certainly more care consolidating key moments might have gone a long way in camouflaging other, less significant issues. A few months after the events of the first film, the newly formed and self-dubbed Guardians of the Galaxy are making a tidy trade out of abetting areas of the universe in need of their unique know-how. Initiating the meagre semblance of a plot, Rocket (Bradley Cooper) steals a handful of valuable batteries from a planet inhabited by beings known as the Sovereign race. After that the film rambles and doesn’t stop rambling until the final frames. 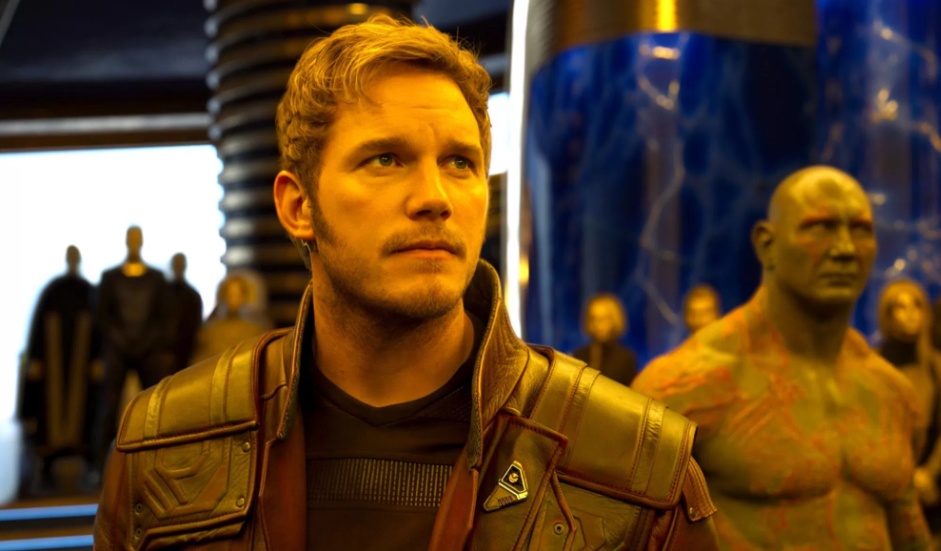 Some positives – the film is funny, although not consistently and a few characters are done a disservice by inducing laughs one moment and cringes the next. It’s also wonderful to look at, although there’s the sense that visual ingenuity might have taken precedent over work on plot and character. The cast is also mostly engaging, particularly Chris Pratt, who’s characterisation of Peter Quill has the capacity for enormous charm and charisma, and deserves a better film than this. He got one with Vol. 1.

Dave Bautista is also a welcome asset, although his character, Drax, has been diluted into something almost wholly comic. This miscalculated judgement is  a running issue with Guardians of the Galaxy – some ingredients have been magnified while other, equally crucial ones, have been waylaid. The effort in pursuing grandeur in the large scenes or sentiment in the smaller ones is painful. This is a criticism of most films of this ilk, but it isn’t of Guardians of the Galaxy – it’s disheartening that the sequel hasn’t followed suit.

Many of the elements that made the first film wonderful have been amplified so much that they’re rendered charmless. The use of music is one. Gunn zips from one musical set piece to the other, the plot essentially acting only as a bridge between these scenes. That’s a string of music videos, not a feature length film. Individually, these musical numbers demonstrate a substantial degree of artistry but collectively they don’t amount to satisfying blockbuster entertainment.

This franchise is one part of a something greater, economically and narratively, if not creatively. That’s the Marvel takeover. The ascension of Marvel within the Hollywood system over the past nine years (Jon Favreau’s Iron Man was released in 2008) has altered large-scale film making considerably, and probably irreversibly. And while all filmmaking is a business, the industrial decisions are often felt particularly keenly with this breed of filmmaking. The best Marvel films compel you to forget that. Guardians of the Galaxy did. Guardians of the Galaxy Vol. 2 doesn’t.