Naughty puppets are not as groundbreaking as Brian Henson and company seem to think they are. Even when Peter Jackson made Meet the Feebles in 1989, it was not a new idea. The experimental 1970s featured films that could be characterised as “puppet pornography,” to go along with pornography starring cartoon animals like Fritz the Cat. The entire 20+ year run of South Park has been some variation on these sensibilities.

So when you make a noir in which puppets swear, do drugs and have sex with each other, and the sex produces geysers of shaving cream/whipped cream turning the walls of a private dick’s office into a Jackson Pollock painting, it can’t just exist with those traits. Existing is no longer enough. It also has to be funny, and it also, preferably, has to have some heart in among all its crassness. Henson’s The Happytime Murders has no laughs, no heart, and essentially, no virtues as a piece of filmmaking. 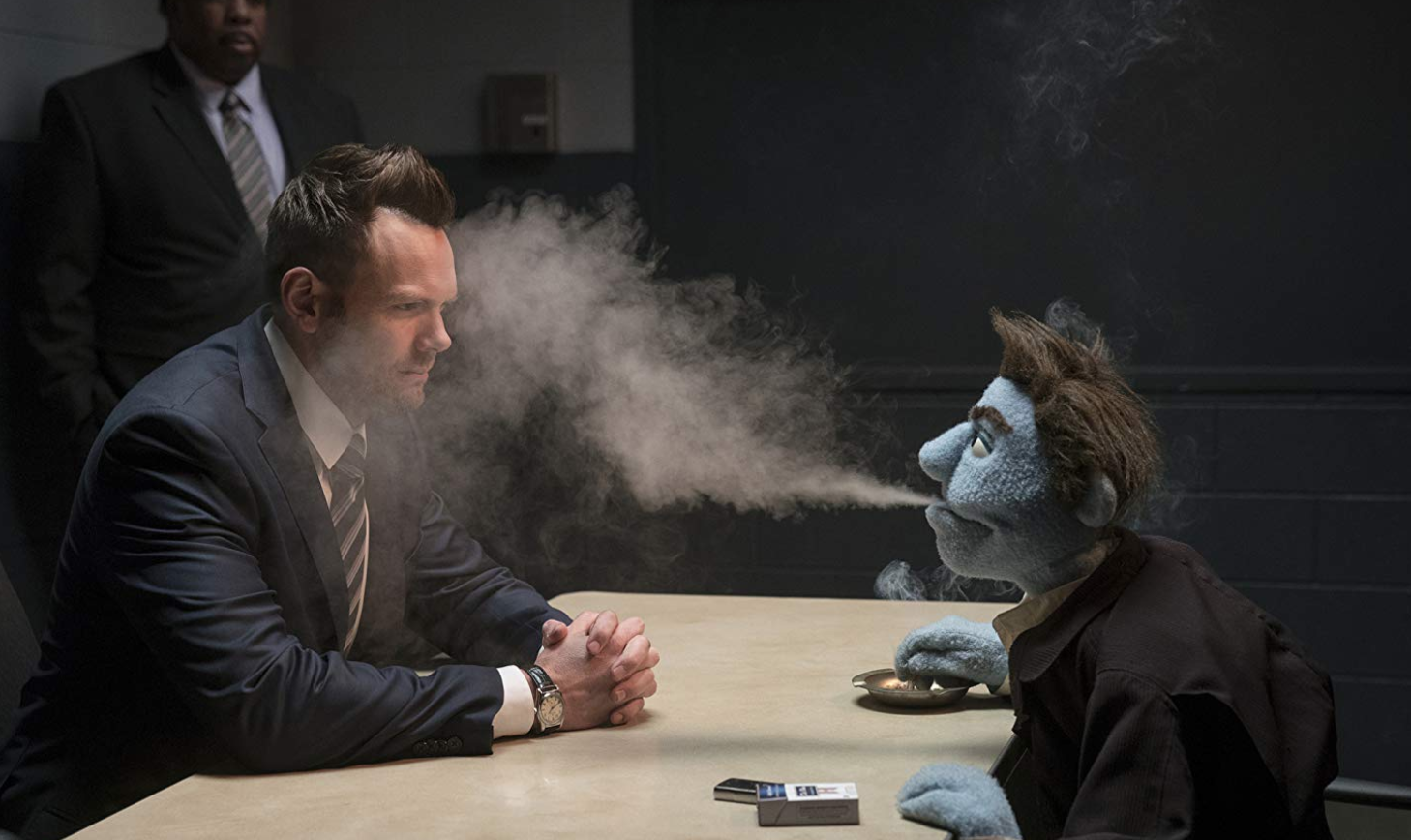 The story surrounds a former cop turned private eye (is there any other kind?) who is also a puppet. See, in this version of Los Angeles, puppets are second-class citizens with about equivalent stature to any racial minority that’s ever been spat upon. (If you’re looking for a parable about race relations, you will be sorely disappointed.) Yet they do exist and do constitute a significant enough percentage of the population that your average person interacts with at least one puppet on a daily basis. They have jobs, drive cars, and occasionally star in popular TV shows, like The Happytime Gang.

The private eye – Phil Phillips by name – is also the brother of one of the stars of The Happytime Gang, a show that’s been off the air for some time, but whose syndication rights now reckon to earn its former stars a fortune. That seems to be the motivation behind a series of hits of the shows stars – hits that Phil seems always to be in a position to witness. While trying to avoid suspicion himself, Phil teams up with his former partner, human detective Connie Edwards (Melissa McCarthy), to investigate who’s responsible for turning these puppets into so much stuffing. Theirs is a wary partnership, though, as Phil’s inability to shoot a puppet who was holding her at gunpoint led to his being removed from the force – and her having to get a puppet liver transplant. 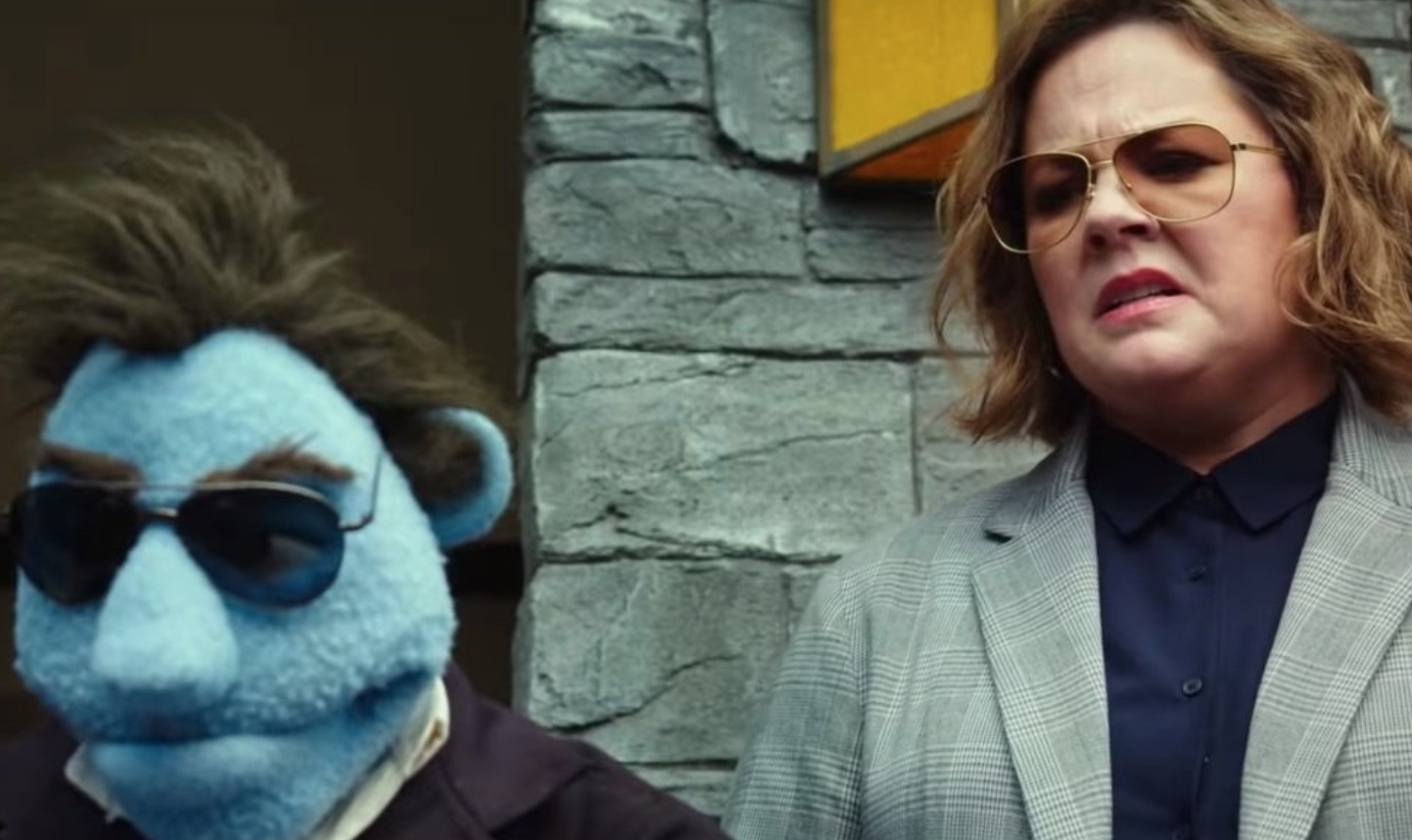 Oh how nice it would be for this film to work. Although its general framework is not new, it’s just as deserving of a cinematic update as anything else. Plus, there are things you can get away with nowadays that might have once been too risqué to make the cut. If done well, it might have put us in mind of something like Who Framed Roger Rabbit?, another obvious inspiration. It’s also got a promising cast, including three women who have big-time comedy chops: McCarthy, her Bridesmaids co-star Maya Rudolph, and Elizabeth Banks.

The Happytime Murders, though, is just not funny. The only way to quantify that is the number of times you succumb to that involuntary response, laughter. The number of times for your average Happytime Murders viewer will be somewhere close to zero. The script exchanges cleverness for vulgarity, but well-delivered vulgarity can be enough in and of itself. In fact, McCarthy has become kind of the master of the complexly written put-down, which starts with something like “You look like a” and then goes to places both ridiculous and apt. Involuntary laughter should come from a thing like that. Here, it doesn’t.

Instead of feeling cutting edge, it feels almost old-fashioned. And that’s not just the musty noir tropes the film is satirising. To reference South Park creators Trey Parker and Matt Stone again, they had action figures having all kinds of pornographic sex 14 years ago in Team America: World Police. Showing two puppets doing it in a detective’s office feels like way too little, way too late.

Perhaps the single greatest failure of cleverness in this movie, however, is how little the script does with the idea that half of these characters are puppets. This movie desperately needed the sense of self-awareness of something like The Lego Movie. In that movie, whole jokes are built around the fact that Lego character are designed with hands that are U-shaped, meaning they can’t engage in delicate actions requiring fingers. That’s funny. Aside from some mutilated puppet corpses that have stuffing strewn all over the place – which is a lot less funny and a lot more off-putting than it might sound – The Happytime Murders basically doesn’t care that these are puppets. They might as well just be other humans with how little their puppetness matters to the story. 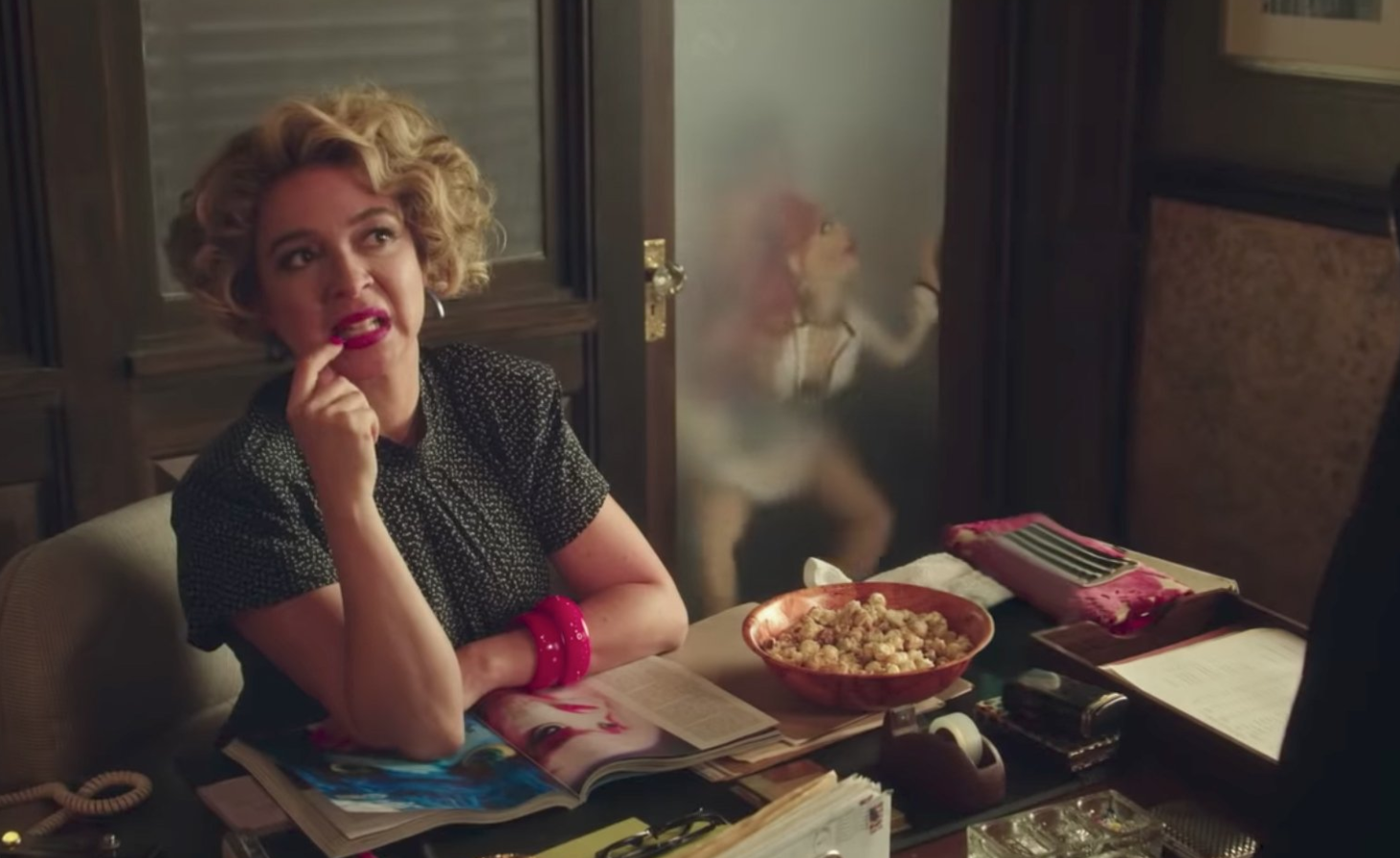 If it weren’t for the end credits, The Happytime Murders would be a total loss. The end credits do show how this stuff was done, and some if it is quite impressive. The puppeteers have to contort themselves into all kinds of positions to pull off the movements, and are often hidden by green screen technology. It’s impressive in the way it’s impressive to see the painstaking process of stop-motion animators in the end credits of one of those movies.

But the end credits of this movie actually end up just making you sad. Puppet movies just don’t get made anymore, yet the people who design puppets and bring them to life are truly gifted technicians and performers. That their only outlet for their art is a movie like this – and that this is the legacy of Jim Henson, as carried on by his son – is a crime indeed.