"Hatching is a nasty little delight."

"The character clearly had something wrong with her before this bird came into her life, and Solalinna’s performance exposes us to these sociopathic expressions that themselves are nearly inhuman."

What came first, the demonic bird that flies into a house and wreaks havoc, the egg it leaves behind, or the bizarre human-sized bird-thing that grows inside that egg? It’s an age-old question that has always divided philosophers. Hatching, a new Finnish horror from director Hanna Bergholm, doesn’t attempt to get to the bottom of it so much as discomfit us with the unholy marriage of bestial horror and body horror – while tackling that mysterious time of development known as puberty, as you do. 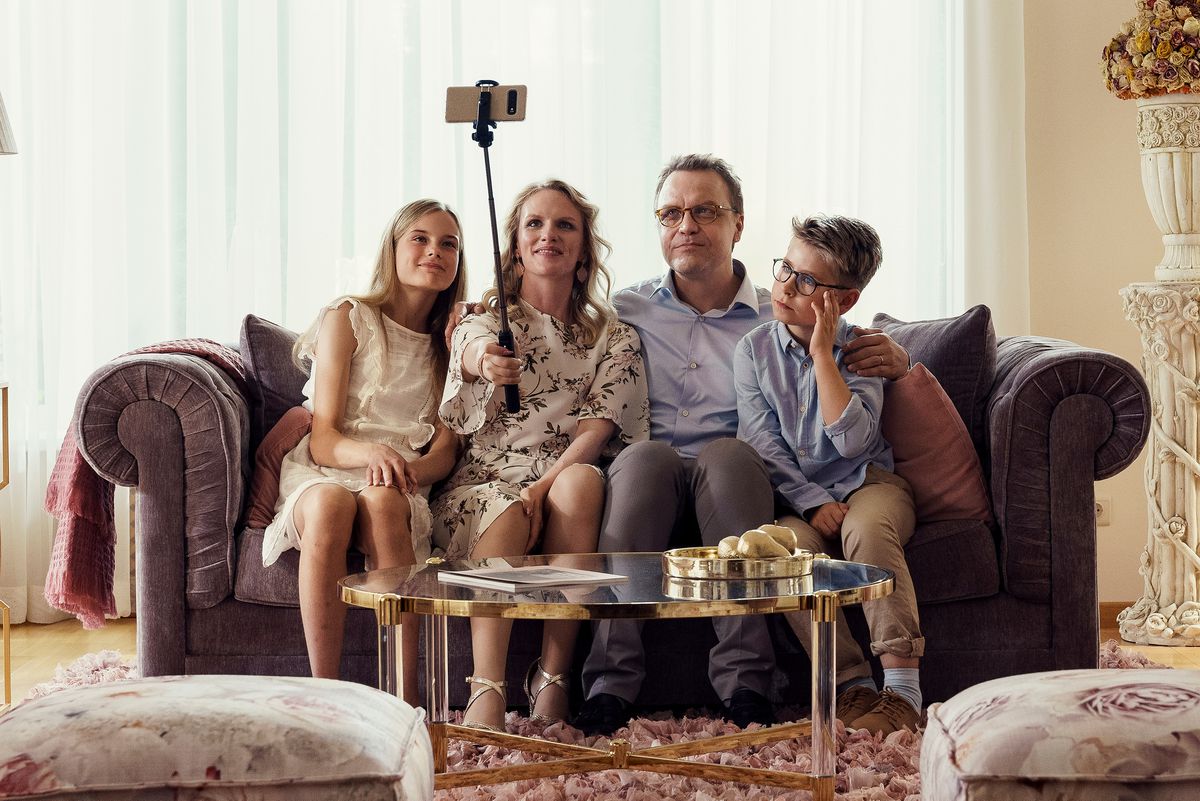 The girl coming of age is Tinja (Siiri Solalinna), a talented gymnast who is not quite as talented as her mother thinks she should be. And what a bestial version of a cinematic mother. This woman, known in the credits only as Mother (Sophia Heikkila), smiles almost all the time, even as she berates Tinja’s shortcomings – especially compared to the gymnastic talents of their neighbour, Reetta (Ida Maatanen) – and blithely cheats on Tinja’s father (Jani Volanen), an ineffectual cuckold if ever there was one. The whole family might be a bit weird, though, as they’ve produced a son (Oiva Ollila) who is a carbon copy of the father, even down to the way he dresses, just as Tinja closely resembles her mother. It makes them look like the perfect family in the photos Mother posts to her video blog about living the perfect life, but something here is rotten from within.

The cracks in their shell, as it were, come to a head when a bird flies through the window and creates such chaos – thanks in large part to the film’s editing – that when they finally capture it under a towel, instead of releasing it through the nearest window, Mother snaps its neck. When Tinja takes it to dispose of it in the woods, it starts screeching, having lived beyond its fatal injuries and very much immune to further attempts by the weeping Tinja to mercifully smash it with a rock. Finally there’s nothing remaining but feathers and viscera, and Tinja discovers an egg nearby that belonged to this bird. Out of guilt and her own budding maternal instincts, she takes the egg home.

How much of what follows is metaphor, or reality within the world of the film, is up to each viewer’s interpretation. The egg grows to the size of washing machine, and the thing that emerges from it is bonded to Tinja as its mother – and fiercely protective of its mother in the face of any perceived threat. That includes neighbourhood pets, Tinja’s rival gymnast, and Tinja’s own mother – who would be this bird-thing’s grandmother, in a manner of speaking.

Hatching is a nasty little delight. Bergholm has assembled the best bits of grossness from a series of influential horror movies to give us something as squidgy as it is thoughtful about the horrors of maturation and motherhood. There’s the basic practical ickiness of the bird-thing, a real good-looking animatronic puppet that drips with all sorts of amniotic fluid and other unnerving biological grime. Among the ways it resembles a baby bird, for example, is that it only wants to eat what its mother upchucks. 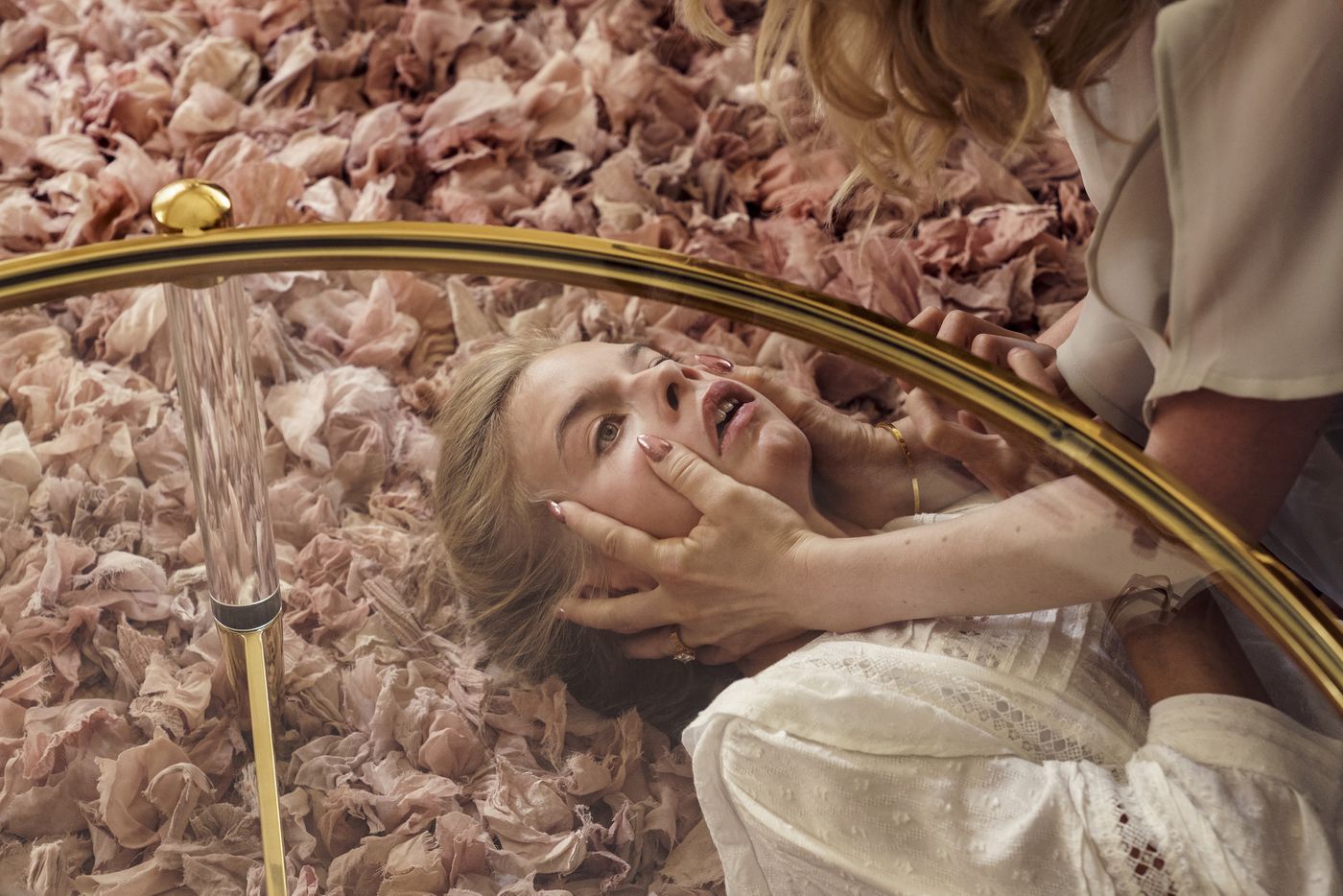 But the most horrifying elements of the film are embedded in actress Siiri Solalinna herself. The character clearly had something wrong with her before this bird came into her life, and Solalinna’s performance exposes us to these sociopathic expressions that themselves are nearly inhuman. Is that just a look of athletic concentration on her face while she’s running, or is she so disturbed by the interaction she’s just had that some inner bestial nature has taken over?

There’s something sinister about the very matriarchal lineage of this family, and fortunately, the director, who also has a story credit, is the right gender to put this idea out there. There’s something poisonous that Mother brings to this family, and Tinja is clearly not trying to follow in her footsteps, except that there’s almost something preordained about it. However, she could also just be struggling with the confusion of budding sexual desires and the changes to her body, as symbolised by her mother being caught in sexual acts with a handsome handyman who is not her father (Reino Nordin), and who actually is introduced to her as a new father figure – even while her own father figure is still very much present and very much together with her mother – in some bizarre parody of domesticity. 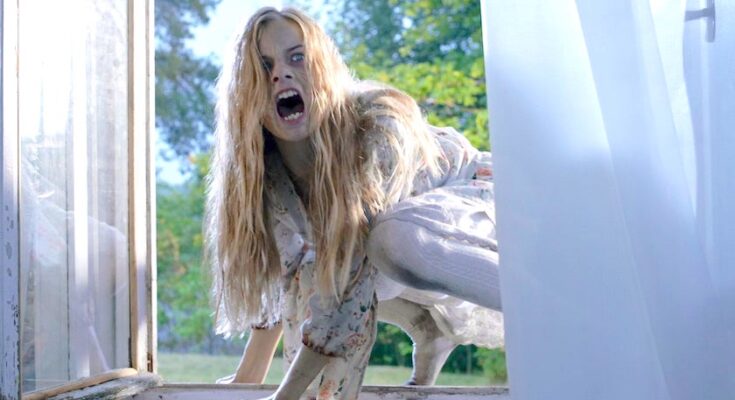 Hatching embodies all the ways that maturation is confronting for a young person, especially a young female, with a series of competing instincts getting all scrambled up and occasionally spilling over into temporary psychosis. However, it also exists as just a good, creepy slice of weirdness that is happily taken on face value. Good horror movies don’t force you to receive them only on one particular level. Hatching will please viewers who are looking for something contemplative, as well as those after something biologically apocalyptic.

Hatching is currently playing in cinemas.