"The Hater comes along at an opportune moment, and its conclusions seem bracingly relevant."

"Tomasz has got a kind of Patrick Bateman quality to him, a 'not all there, imitate the other humans' quality." 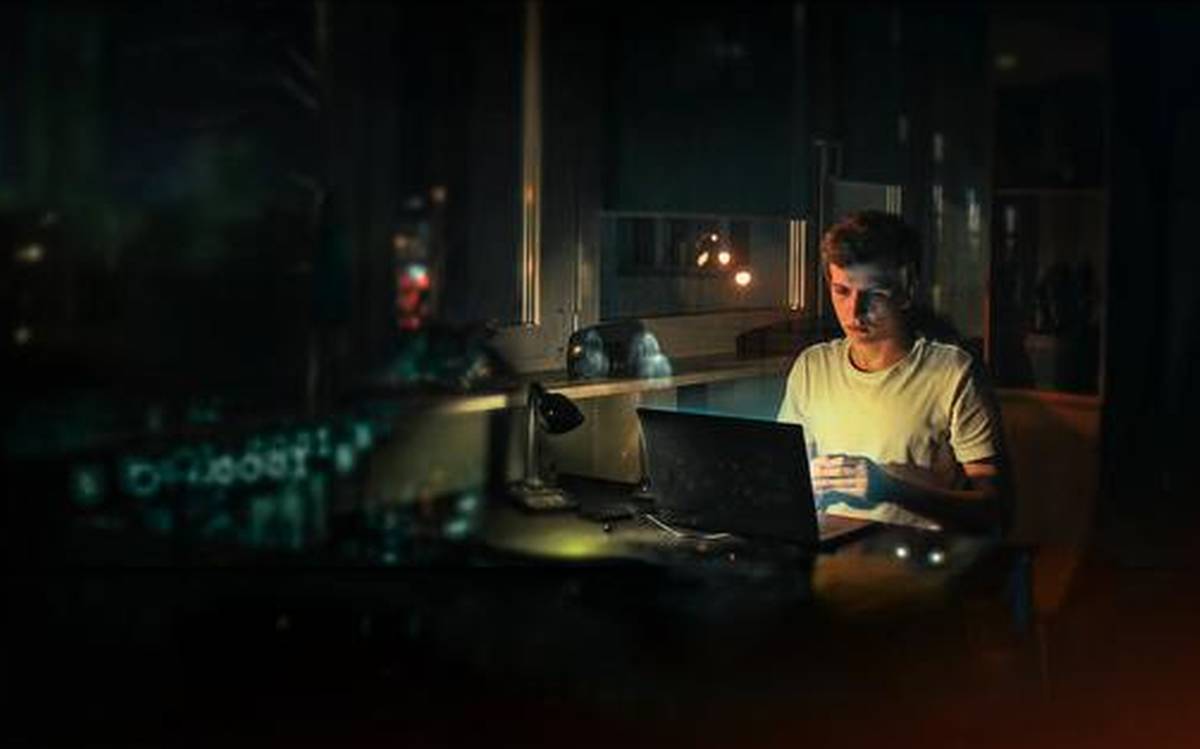 That person is also covered by the definition of “hater” in the new Polish film The Hater, which debuts on Netflix just as another U.S. presidential contest makes its way through a virtual campaign in the age of pandemic. You could imagine both sides employing some brand of paid reality manipulation this time around, because if you don’t fight a battle with like weapons, you lose the war. If we want to dull those weapons, it’s up to us to use our brains and resist them. The Hater comes along at an opportune moment, and its conclusions seem bracingly relevant.

There tends to be a faceless quality to the type of sabotage we’re seeing here, but since this is a movie, it has a face alright. That face belongs to Maciej Musialowski as Tomasz, whom we meet just as he’s about to be kicked out of a Warsaw law school for plagiarism. In truth, no one thought Tomasz would even get this far, considering that he hails from a provincial town Varsovians visit on holiday. The culturally elite Warsaw family financially supporting Tomasz is friends with Tomasz’ parents, but they think little of the eccentric boy with a bit of a screw loose.

Tomasz knows what they think of him because he “forgets” his phone in the couch cushions during a sort of pity dinner at the Krasucki household. The phone records all the withering dismissals dropped by Robert Krasucki (Jacek Koman) and his wife Zofia (Danuta Stenka), accompanied by their derisive laughter; but most hurtful are the true thoughts of the daughter Tomasz’ age, Gabi (Vanessa Aleksander), whom Tomasz has been crushing on since they were kids. As he gains speed walking away from the house while listening to them laugh on his ear buds, a plan is clearly forming behind that storm cloud of a face.

Turns out there’s a use for someone who gets his kicks surveilling people and has the same moral compass that that kind of behaviour, not to mention plagiarism, implies. Tomasz worms his way into a company called Best Buzz PR, run by the mercenary Beata (Agata Kuleszka), which provides ordinary public relations services to their clients above board, and has a room full of kids scraping the internet for dirt below the surface. This shady organisation is working for the political rival of a promising, liberal-minded mayoral candidate (Maciej Stuhr) – who just so happens to be the candidate the Krasuckis are working tirelessly to elect. The key to The Hater’s significant quantity of discomfiting malice is Musialowski as Tomasz. He’s got a kind of Patrick Bateman quality to him, a “not all there, imitate the other humans” quality. You feel a certain pity for him, as he tried to swim in water that was way over his head, and was always going to be too creepy to integrate into the social context of a popular university girl like Gabi Krasucki. But Tomasz takes the commonplace experience of rejection and twists it into a sort of disproportionate revenge. And his eyes tell you he’s going to do it all along.

Director Jan Komasa has a knack for delivering this escalating story in a steely and mechanically effective narrative package. Not only does he have a great eye, but he and screenwriter Mateusz Pacewicz have a great mind for cleverness in their presentation of information. In the aforementioned scene in which Tomasz hears the Krasuckis talking about him, the shots are sequenced in such a way that it looks like Tomasz has hidden a bug in their apartment and is listening to them live. (He does do that, but not at this point.) Only at the end do you discover he went back for his phone, and it turns out the previous information was being delivered out of sequence. It’s just one example of the movie taking our expectations and turning them in on us in a way that reveals itself in an “a-ha!” moment. 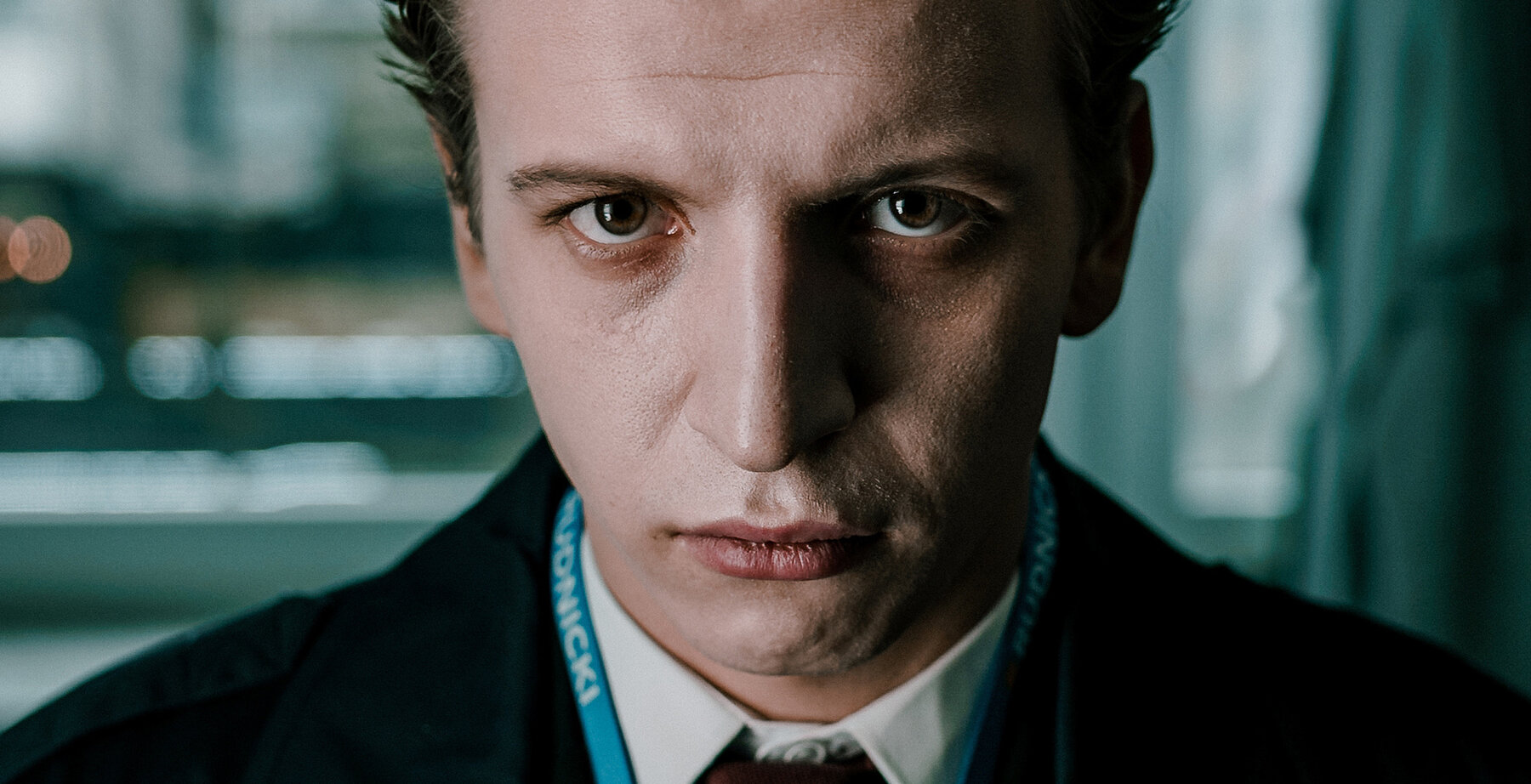 Immaculate presentation aside, The Hater is probably most valuable in terms of its themes. Most of us have wondered what kind of insidious personality it takes to systematically destroy our collective foundation for believing in a single unassailable Truth; The Hater shows us. Not only do we get acquainted with the bruised psychology of Tomasz, but also with the others who work for the sham PR agency, many of whom have less convincing personality afflictions driving their malevolent behaviour. Some of these people really are doing it for sport.

And what they’re doing has dire consequences on the world. Good people undone, bad people elevated to power. It wouldn’t be a stretch to say that the entire world has suffered, in some respect, from the election of Donald Trump, a victory widely considered to have been propelled by Russian bots. Just imagine when these bots convince us to start killing our neighbours.

For no other reason than, apparently, our own delight as viewers, Komasa includes an “animated” portion in this film. When Tomasz goes deeper down the rabbit hole into this world, he begins communicating with an agent of chaos when they both meet as avatars in some kind of online fantasy world. He’s a scruffy female warrior, his anonymous companion is a sort of ogre with mystical powers. As the two meet virtually on bridges over bottomless crevasses to discuss logistics, we just get to relish in the creative derring do of the filmmaker. 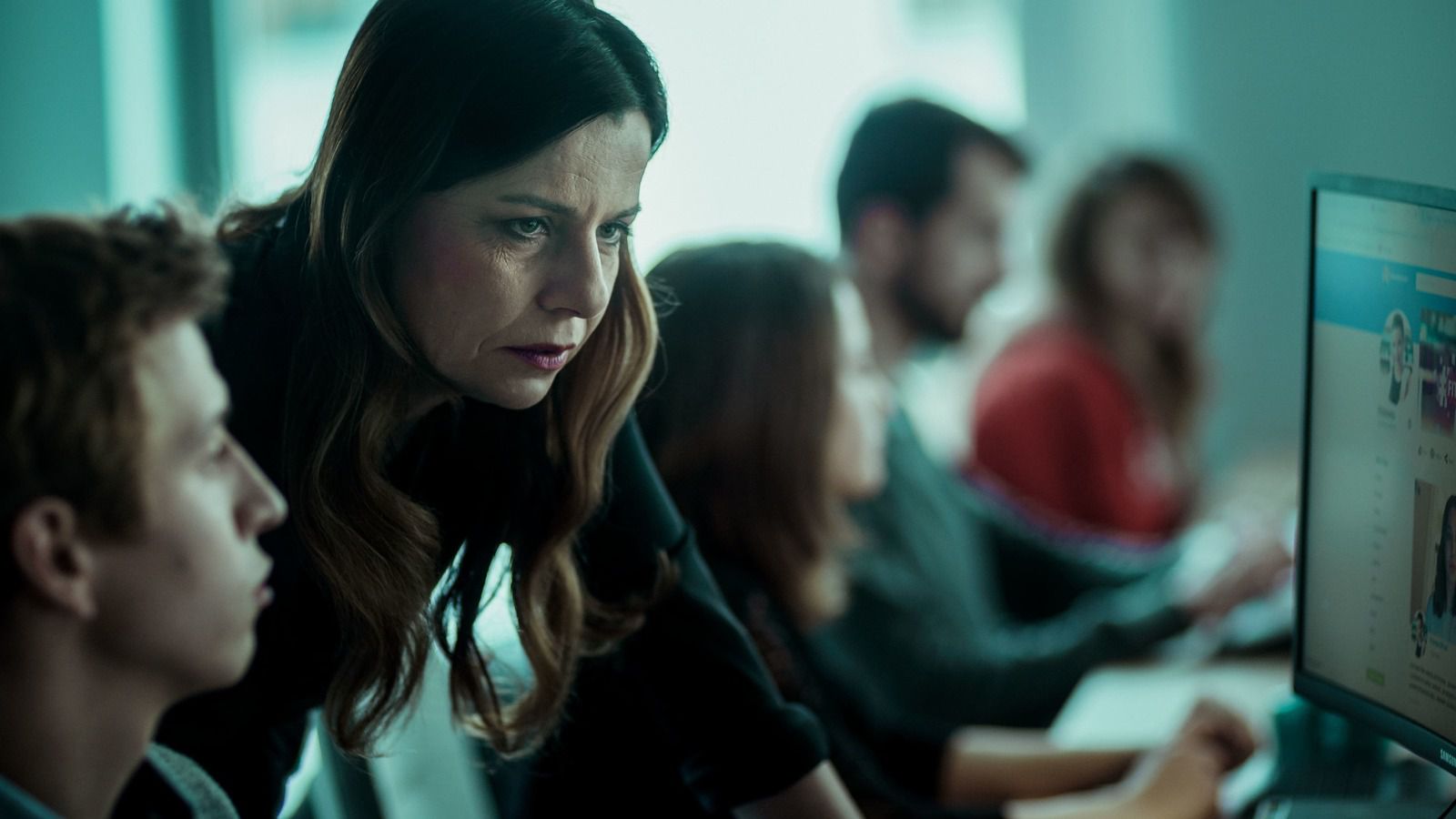 The Hater has creative derring do to spare. It also provokes plenty of thought. The hater of the title, after all, may not be Tomasz, at least not originally. The Krasuckis hated on Tomasz for no greater reason than that he was a bit socially awkward, and just because they didn’t do it to his face, doesn’t mean it didn’t do damage. Just like a Russian bot – slinking around in the shadows, changing the world.