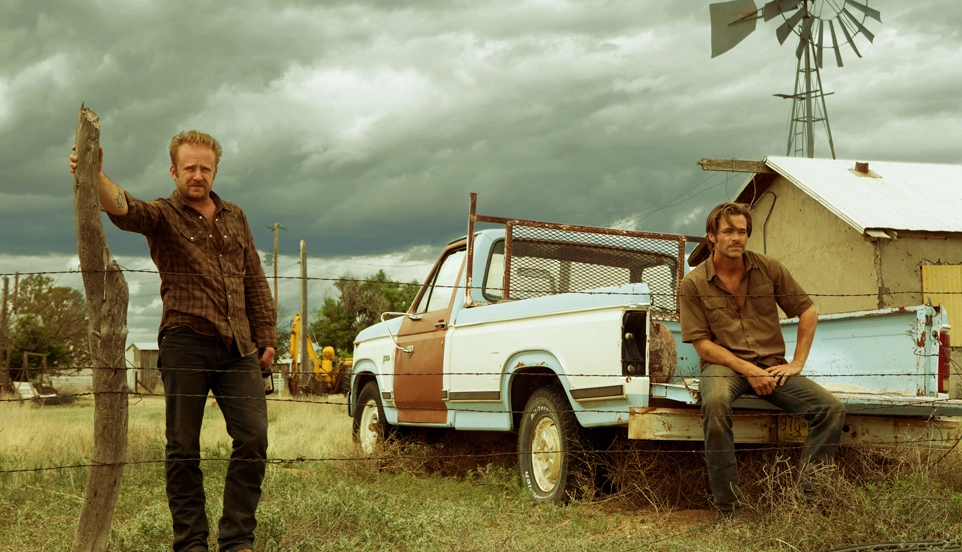 Texas is one of our richest cinematic landscapes, embodying all the things that make America so American while also feeling like an alien place unto itself. This should not be a surprise for a state that has tried to secede from the rest of the country on more than one occasion. The new movie Hell or High Water has a keen insight into the apparent contradictions of the Lone Star state, exploring them directly by teasing them out on screen. The Texas we see here is one where cowboys wrangle steers while talking on mobile phones, where sleepy little banks experience the growing pains of transitioning to digital surveillance. The old and the new are at odds in this Texas, and David Mackenzie’s approach to the material takes on an illuminating contradictory aspect itself. At one moment this is a funny satire about the National Rifle Association, then it’s a painful exploration of the housing crisis, then it morphs into a poetic contemplation of nothing less than the damaged soul of the American southwest. At all times it is one of the best and most entertaining films of the year.

Given what we’ve said so far about the film’s approach, it stands to reason that all the heroes here are anti-heroes. That starts with two brothers who are on a spree robbing banks. Tanner (Ben Foster) is a lusty redneck coming off a long prison stint, while Toby (Chris Pine) is a sombre law abider – well, a law abider until now anyway. We don’t know straightaway why they’re holding up the least formidable branches of the Texas Midlands Bank, but we do know they have a premeditated system that belies their hardscrabble appearance. They take only small notes that aren’t banded together and use heavy duty construction equipment to bury their getaway cars. Hot on their trail – well, lukewarm on their trail – is a Texas ranger by the name of Marcus Hamilton (Jeff Bridges), who’s only a couple weeks from a retirement he’s not anticipating with any relish. He’s a bit of an anti-hero too, as he spends most of his time directing race-related insults at his half-Mexican, half-Native American partner Alberto (Gil Birmingham). It’s meant to be funny, or to toughen him up, or something, but obviously Alberto doesn’t really like it. As the reasons for the spree are steadily unveiled, the robbers and the lawmen proceed on a collision course toward one of those final conflicts that doesn’t end well for anybody. 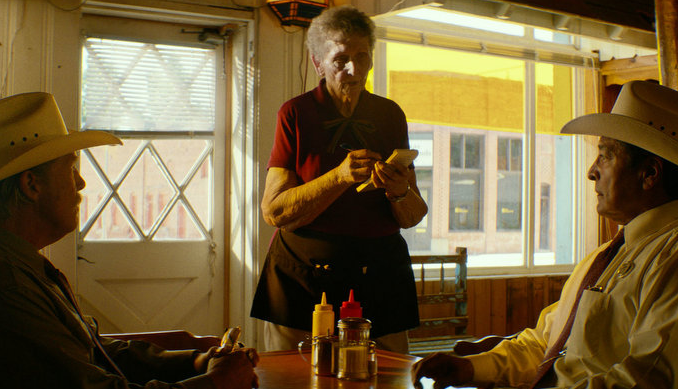 At age 50 and a veteran of eight previous features, Mackenzie is proving he still has some new tricks up his sleeve – namely, a sense of humour. None of his prior films, which have included the likes of Young Adam and Starred Up, would indicate the director viewed the world as anything other than a dour prison that must be endured. The bursts of humour here, then, are a delicious surprise that suggest his middling career might be shifting into high gear. Neither can we really credit screenwriter Taylor Sheridan with the funny bits, as his previous credit, last year’s Sicario, was about as mirthless as they come. So maybe it’s the comic chops of Foster and Bridges in particular that deserve props for smattering this film with easy laughs. The laughs have the effect of disarming us and lending greater power to the film’s more serious and wrenching moments. Hell or High Water is a bit of a spiritual successor to the Coens’ No Country For Old Men, only a lot funnier.

Foster has played crazy before and Bridges has played crusty before, so the real revelation here is Pine, the erstwhile Captain Kirk from the new series of Star Trek movies. As much as that role is characterised by bluster and braggadocio, this one reflects a pragmatic slyness intermingled with guilt and shame. The result is a quiet performance in which minimal affect is never mistaken for minimal technique. He’s the movie’s regretful soul, and we relate with him not just because he’s ultimately in this thing for the right reasons, but because he’s just trying to live down mistakes he can never really undo. 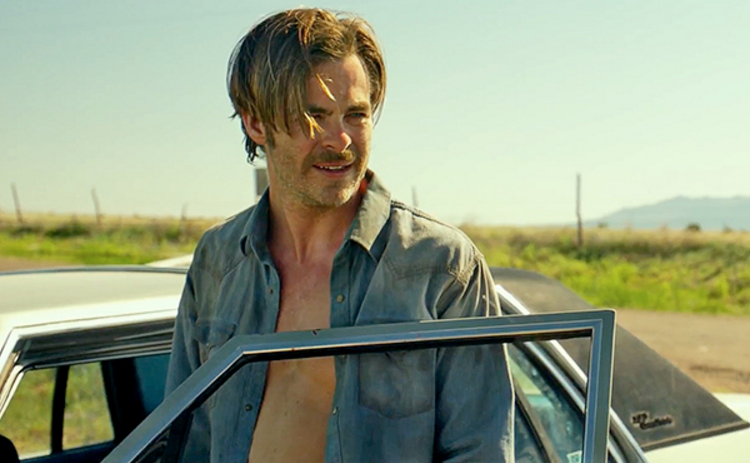 The look of this film is invigorating yet shabby – invigorating because of Giles Nuttgens’ dynamic camera movements, shabby because of what that camera is looking at. This is a Texas caught in the dilapidation of the housing crisis, with businesses and entire towns shuttered, giving the whole place a sense of being forgotten by time. In truth, even with shiny new pickup trucks and mobile phones making regular appearances, Hell or High Water is a movie divorced from time, as much a relic of and encapsulation of the old west as it is a participant in the 21st century. That old west element is underscored comedically by the omnipresence of guns, a poke at one of America’s most contentious and timely debates that’s played for laughs. When the boys bite off more than they can chew at one particular bank, they’re met with numerous customers and bystanders packing heat, threatening to end their spree right then and there, even if the police don’t intervene. The zeal of these gun owners extends to them getting in those shiny pickup trucks and following the fleeing criminals in a convoy. The only way to defeat a bad guy with a gun is a good guy with a gun, or so the current NRA slogan goes.

The overriding takeaway of this film, though, is introspective. These are men living by gruff codes making large sacrifices, able to express themselves more with their gestures than their words. Even those who are doing the right thing are not doing the right thing, but those who are not doing the right thing might be doing something great. The end result is what matters. Texas is a land of contradictions, but there should be no ambiguity about the quality of Hell or High Water. It’s a high water mark, not only in the career of its director, but in a comparatively disappointing year at the movies.