What’s in a name. 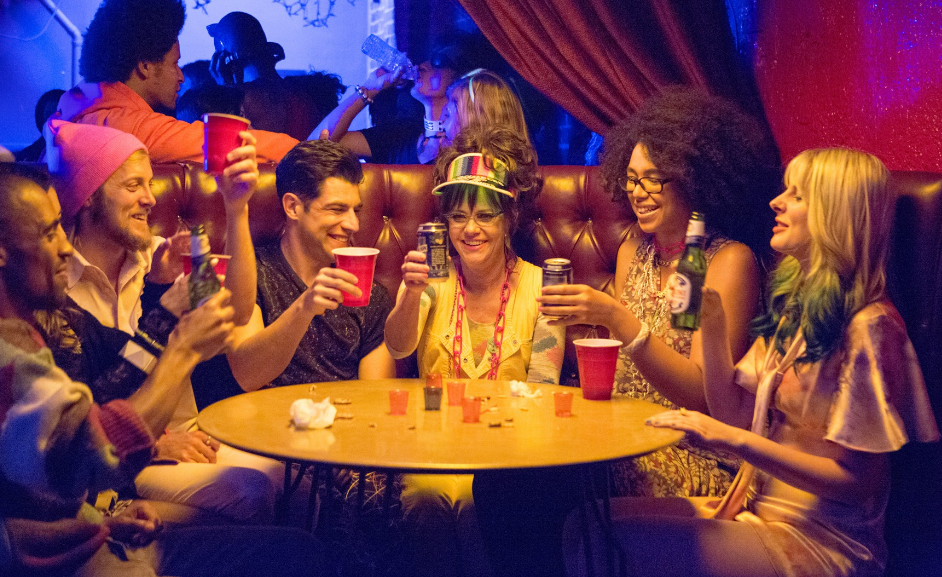 Crammed into a lift next to a hunk in his late twenties who’s just starting work at her company, an eccentric office worker in her sixties develops an instant crush and wonders if it’s something she could pursue. Impossible, right? But a self-help guru tells her to change “impossible” to “I’m possible,” and she goes about trying to make it happen. That’s the premise of Hello, My Name is Doris, the new movie from writer-director Michael Showalter, an alum of the comedy troupe, The State.

The thing is, there’s something unusual about the way Sally Field carries her 69 years that doesn’t make this match seem totally crazy. Through some combination of plastic surgery and ageing gracefully, and probably dyeing her hair to keep it its original brown, Field could be mistaken for someone in her fifties. But Hello, My Name is Doris is not some vanity project trying to pass Field off as an ingénue. At the moment of its greatest emotional resonance, the movie makes its first numerical reference to her age, describing a 56-year-old as a “younger man” – and enough younger that an age difference is considered a possible stumbling block. It’s in this moment that we realise how much Field is nakedly exposing herself, and just what an interesting deviation from a mainstream romantic comedy the film truly is. 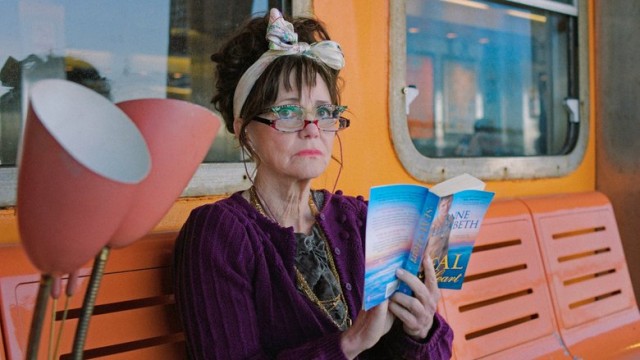 It’s been nearly 40 years since Norma Rae and we still like Sally Field – we really, really like her. Field probably doesn’t appreciate the number of times her famous Oscar acceptance speech has been quoted back to her over the years, but to this day her extreme likability is central to her success as a performer, and that’s no different in Doris. She’s spunky and lively and still incredibly adept as a performer of physical comedy. And though her late career has featured some predictably safe choices, like the role of Aunt May in the last two Spider-Man movies, Field can still surprise us, as she did with an Oscar-nominated turn as Mary Todd Lincoln in Steven Spielberg’s Lincoln. The combination of elements she brings to Doris might be enough to get her nominated again, if the film had any chance of rising above its modest station.

Doris is a data entry person who has been living with her mother on Staten Island, taking the ferry in to Manhattan every day. That ferry ride is a symbol of her psychological remove from the modern world, as Doris is thought of as a “crazy cat lady” whose outfits and spectacles are both a couple decades out of fashion. The death of her mother leaves her brother (Stephen Root) clamouring to the sell the family home and Doris with a new sense of possibly unwanted freedom. She indulges that freedom by getting a crush on John (Max Greenfield), her company’s new art director, a California transplant at least 30 years younger who would never realistically return her affections. Calling on untapped wells of both courage and recklessness, she engages in a little “harmless” social media stalking, and before long she finds herself immersed in the Brooklyn hipster scene, possibly within reach of goals she never knew she had while caring for her mother.

Doris is a bit like the grown up version of Michelle Williams’ character from Showalter’s previous effort as director, 2005’s The Baxter, a delightful romantic comedy viewed from the perspective of the nice guy who gets left at the altar (played by Showalter himself). As a guy who is far from traditionally handsome and probably just a tad socially awkward, Showalter has an obvious affection for a character like Doris, and displays it by being true to her whole range of quirks and lumpy bits. This is not some misguided attempt to make a manic pixie dream girl out of a pensioner – far from it. Showalter realises that although Doris is sweet and funny and could actually gain traction with today’s hipsters – the satire of Brooklyn culture is spot-on and hilarious – she’s also a broken person suffering from some degree of dangerous delusion, possibly not entirely sane. It’s this complicated portrayal – both as written by Showalter and acted by Field – that makes Doris pulse with unpredictability. 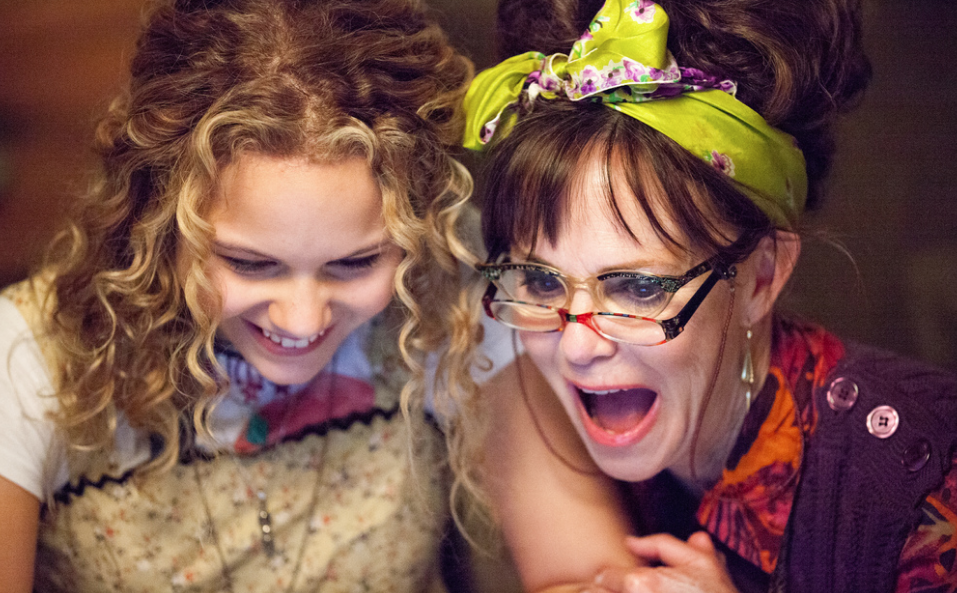 The film is also devoid of cynicism. One of its chief joys is the way Showalter identifies the humanity in all of his characters. No character exists purely to be hissed or to present obstacles, and it’s a pleasure to watch the details in how the relationships unfold. As much as there is real charm in the dynamic between Doris and John, the film’s most touching moments are saved for scenes between Doris and her brother and Doris and her best friend, played by actress Tyne Daly. She’s the one Doris leaves in the dust for her set of younger friends, and their eventual reconnection is cathartic and satisfying.

Hello, My Name is Doris shares some DNA with another recent comedy about an older woman undergoing a sort of rebirth after the loss of a loved one, Lorene Scafaria’s The Meddler. In fact, Field is only 33 days younger than the star of that movie, Susan Sarandon. But where The Meddler offered exaggerated set pieces and familiar rhythms, Doris hits us with something unexpected at every turn. Not only is it introducing us to Doris, it’s introducing us to a fresh version of one of film’s most stale genres. And it’s reintroducing us to an acting talent we’ve known and loved for 40 years.