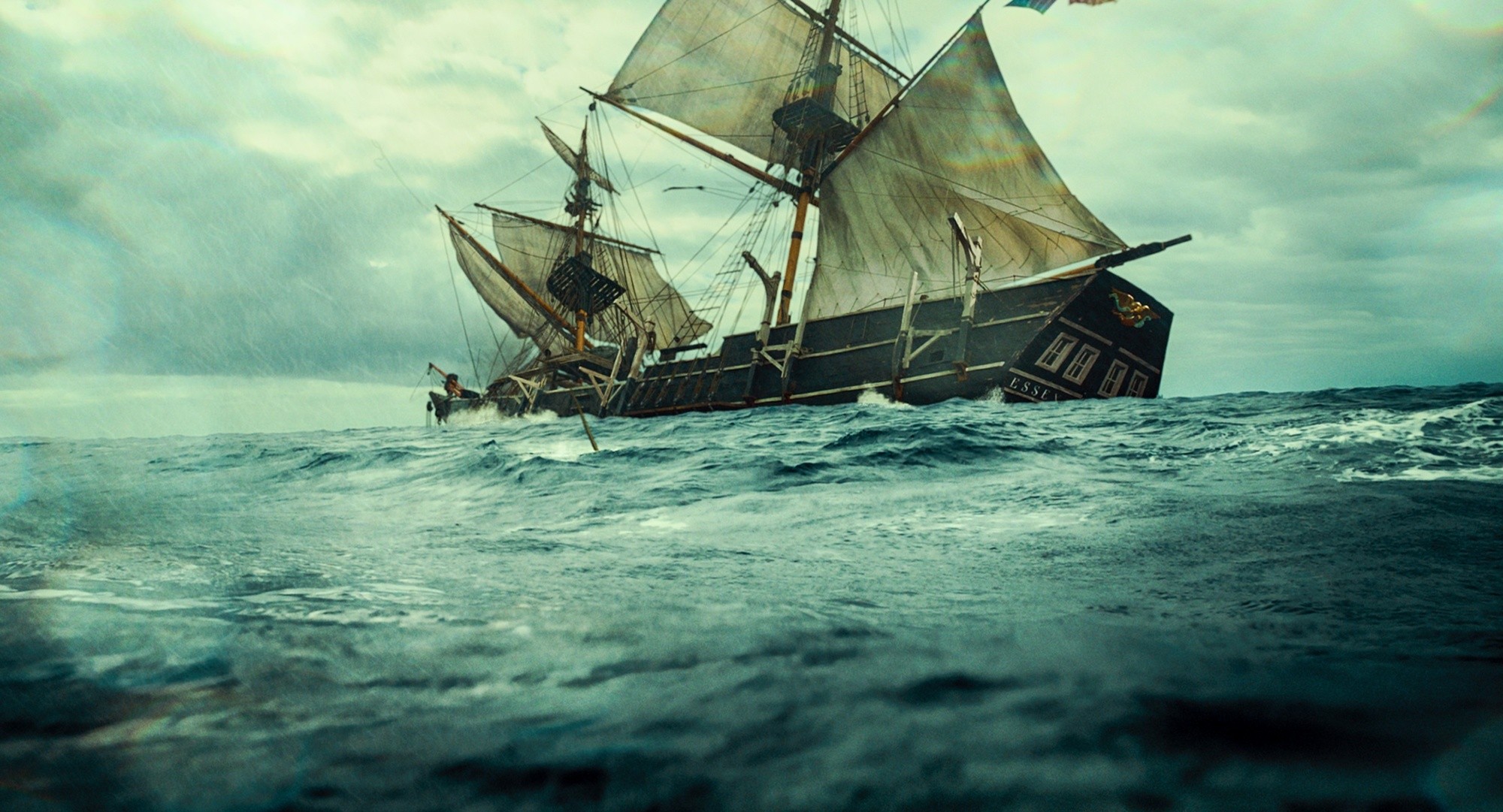 “There are certain queer times and occasions in this strange mixed affair we call life when a man takes this whole universe for a vast practical joke, though the wit thereof he but dimly discerns, and more than suspects that the joke is at nobody’s expense but his own.”
― Herman Melville, Moby-Dick

At whose expense is In The Heart Of The Sea? I laughed at it, although as I was an audience member, the film was directed at me. Ron Howard made it, but I laughed throughout the entire thing and it’s not a film that’s after laughter. Chris Hemsworth stars in it, although he may come to wish he hadn’t. Herman Melville is a character in it although none of the narrative is based on his magnum opus Moby Dick nor on any authentic experience that Melville ever had during the time during which he wrote Moby Dick. The whale escapes unscathed, both narratively speaking and in the sense that it’s perhaps the only element of Howard’s film that is executed with filmic competence.

Howard can be a wonderful filmmaker. Over the course of a career that has spanned decades, he’s demonstrated a knack for insight (Parenthood), suspense (Apollo 13), pacing (Frost/Nixon) and atmosphere (Rush). His work on Dan Brown adaptations, The Da Vinci Code and Angels And Demons, has also established that talent is not infallible. Most great filmmakers have poor work to their name, but usually there’s a correlation between their successes and their failures. Gangs Of New York is a lesser film from Martin Scorsese, a great filmmaker, but I can understand how the man who made Goodfellas and Raging Bull came to direct it. It’s not inconsistent with his form of filmmaking nor his weaknesses in filmmaking. Howard’s failures are different. He’s a filmmaker whose great work does not suggest work of the quality of The Da Vinci Code or Angels And Demons. Or In The Heart Of The Sea. It’s inconsistent with his knack for insight, suspense, pacing and atmosphere. 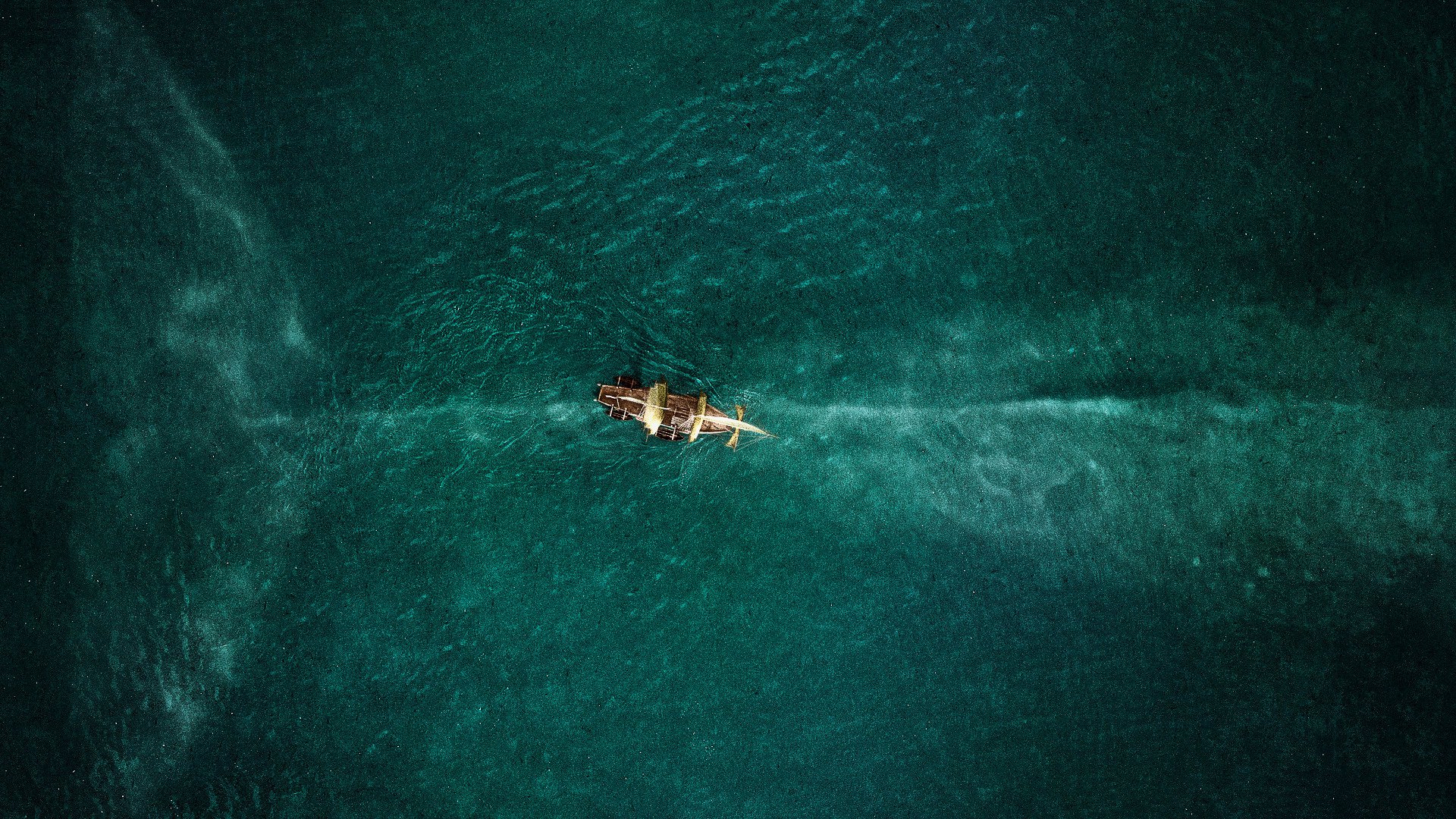 There’s truth to the story of In The Heart Of The Sea and in that truth there’s extraordinary potential for adventure, which goes wasted. It’s 1820 and the whaling ship ‘Essex’ sets out on a voyage to recover whale oil, the oil obtained from the blubber of whales that saw an enormous industry boom during the 1900s. We’re informed by the narrator of the film that at the heart of the story of the Essex and its voyage is the relationship between two men; Captain George Pollard, Jr. (Benjamin Walker) and first mate Owen Chase (Hemsworth). None of what follows this suggestion by the narrator supports it. Pollard Jr. and Chase are undeniably central characters in the story of the Essex, but their relationship is one of the many haphazardly handled elements of the film and certainly not the one at the heart of the narrative. There’s also an enormous whale, extreme survival, storms and vague notions regarding the disunion between business and honour. They’re equally unimportant to a film suffocated by unimportance.

In The Heart Of The Sea is actively awful. By that I mean that it had a good director, a strong cast and what should have been an inherently compelling story behind it and yet it’s one of the worst films of the year. It’s actively bad in the sense that it feels as though the people responsible for the production of this film must have actively countered the production’s natural merits. It’s Chris Hemsworth versus a whale and they still fucked it up.