James Wan is fast making a name for himself as one of the top names in the horror genre. 2010’s Insidious and this year’s The Conjuring have both proved extremely popular with audiences – and as for myself, I thought I would have a difficult time sleeping ever again. I saw Insidious with a group of friends when we decided to have a classic ‘scary movie night’, and loved it. I had to see whether Insidious: Chapter 2 would measure up to its predecessor.

The sequel picks up almost straight away from where the first film left off – while there is a recap of sorts, I’ll let you know straight away that if you haven’t seen the first, the second may not make a lot of sense story-wise. ‘Scare wise’ is another matter entirely. Initially believing that the hauntings of the first film are over, Josh (Patrick Wilson) and Renai Lambert (Rose Byrne) move in with Josh’s mother, Lorraine (Barbara Hershey), while the police investigate what they believe to be a crime scene in the Lambert’s house. However, strange events soon begin to re-occur. Renai, Lorraine, and the Lambert’s son, Dalton (Ty Simpkins) begin seeing strange things, and something seems wrong with Josh…

When you look at it closely, you soon realise that Insidious: Chapter 2 reuses and even recreates some of the very same scares that worked so well in the first Insidious. It is a little disappointing that it is lacking in some originality, but at the time, that was really not what was on my mind. It becomes clear very quickly that the story of Insidious 2 has been crafted very carefully to tie into the first film, and it really feels like two halves of the same movie. I found it very clever in that regard. The atmosphere is still just as creepy, and the jump scares were for the most part very effective, although they were occasionally a little contrived. 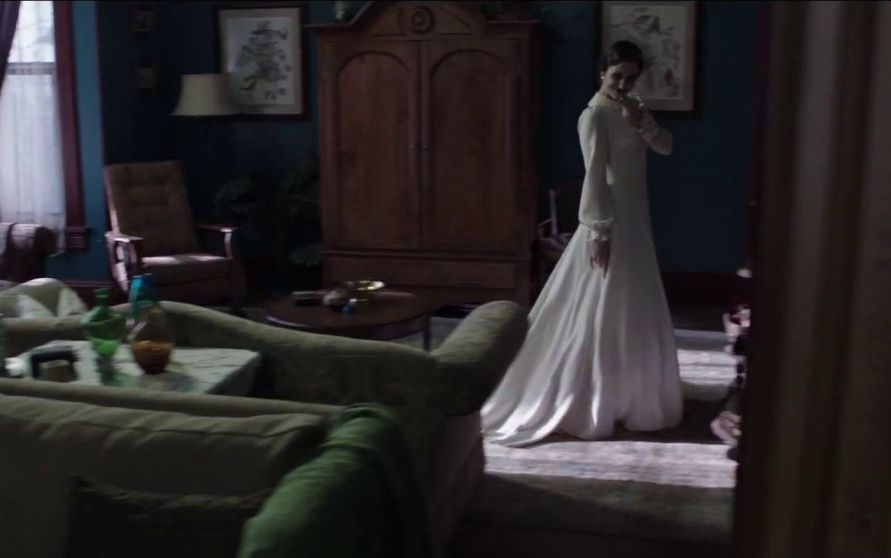 What I find myself liking about these type of James Wan films, are the way he uses space and blocking and camera movements to create his scares (something which I also noted in The Conjuring). The camera tracks with the characters, and we see things out of the corner of our eye – these things can be gone in the very next shot, without a cut or an edit point, simply panning and movement. There is a lot of depth and empty space in shots, and lots of dark corners, that make you feel as if something could appear at any moment (when really, it’ll probably come from the complete opposite direction). There is everything to suggest the presence of some supernatural horror, and with that anticipation, our fear grows. I spent a lot of the movie ready to cover my eyes with my hands (I’m a scaredy-cat – no judging, okay?) But what ties it all together, and makes these horror films so fun, is that Wan and his team of writers aren’t afraid to use a little humour to break the tension, or to make us laugh at ourselves. Angus Sampson, Leigh Whannell and other supporting cast really do help in that regard. We go to horror films not only to be scared, but to have fun, and in this film, I had fun.