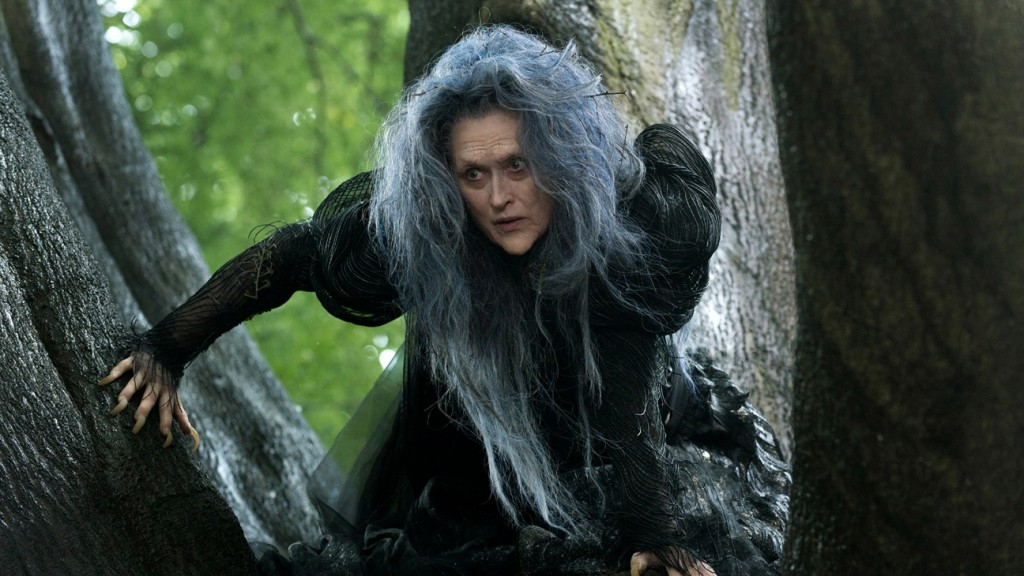 Watching Rob Marshall’s adaptation of Stephen Sondheim’s beloved Into The Woods, it’s not hard to imagine why the production has attracted such an enthusiastic following over the years. It’s also immediately evident that the musical, which debuted on Broadway in 1987, doesn’t belong on film. Into The Woods is a blunt reminder that some works of art need not reach toward other mediums nor exist in any form other than their original. There have been plans to bring Into The Woods to the screen for decades now. Why? Because there’s an awful culture surrounding modern American cinema that suggests if something is popular it must be committed to film. Into The Woods is probably a wonderful musical, but it’s discomfort on screen is obvious.

Most of the central characters are taken from the classic fairy tales “Little Red Riding Hood“, “Jack and the Beanstalk“, “Rapunzel“, and “Cinderella” – anyone else in the film is branded by their occupation or function; ‘Witch’, ‘Baker’, ‘Prince’ etc. It’s unfortunately indicative of the depth of integrity in the characters, and none manage to eclipse their prescribed stereotypes, despite a great deal of effort on the part of the cast. It mightn’t be a problem were the film not constantly reaching for depth and sentiment. Indeed, the most unharmonious aspect of Into The Woods is how the music hits these emotional highs that the characters and the story just can’t match.

The Baker (James Corden) and his wife (Emily Blunt), placed under a curse of infertility by The Witch (Meryl Streep), are informed that if they managed to bring her “the cow as white as milk, the cape as red as blood, the hair as yellow as corn, and the slipper as pure as gold,”all before the chime of midnight in three days time, the curse will be lifted. Desperate for a child, The Baker and his wife readily agree and set of, into the woods no less, to recover the mysterious items which will end their misfortune. The seizure of these items will cross their paths with Cinderella (Anna Kendrick), Jack (Daniel Huttlestone), Little Red Riding Hood (Lilla Crawford) and Rapunzel (Mackenzie Mauzy), four lonely souls with their own cryptic connection to The Witch. 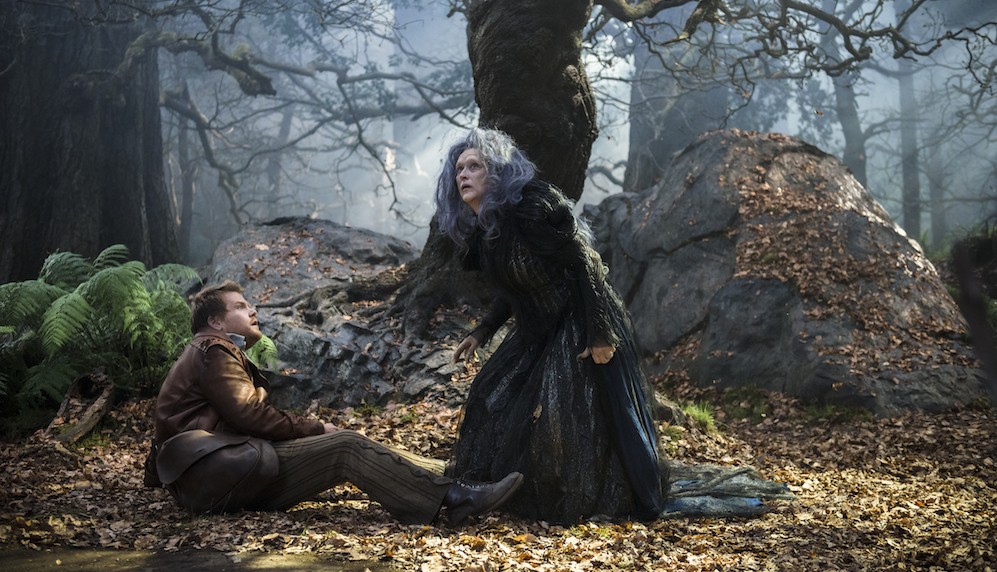 Sondheim’s work is a musical for musical lovers and anyone who’s unsure regarding song amidst drama certainly won’t change their mind after watching Into The Woods. Director Rob Marshall was nominated for an Academy Award for his directorial work on the 2002 adaptation of Chicago, which pushed the cinematic musical back into mainstream consciousness somewhat. In that film, Marshall weaved the music seamlessly throughout the narrative, presenting each number like a show-tune, which was an easy fit for the setting and the story. Marshall’s grasp of Sondheim is far less commanding. There’s such a bumbling shift from dialogue to music, in almost every case, that it takes several moments before the awkwardness dissipates. There’s such a spark to the source material that the filmmaker lets slip through his fingers. Any wit is thanks to a handful of the performers, particularly Chris Pine as the swaggering prince, who seems far more in tune with exactly what sort of film this is than Marshall.

And yet, perhaps thanks to the strength of the source material, Into The Woods grows increasingly compelling as it trundles along. The film may miss some of the Sondheim’s emotional and comical beats, but it hits enough of them to feel like a gently original take on fairytale stereotypes, at least for those who haven’t seen it already on stage. There’s a surprising amount of humour that’s aimed squarely at adults, particularly the grimly inappropriate undertones regarding the relationship between Little Red Riding Hood and The Wolf (Johnny Depp). A deft directorial hand and sharp wit could have help bring a sinister cheekiness to these scenes, but in Marshall’s hands it all seems a bit off, as though he’s aware of the subtext but doesn’t quite know what to do with it.

For anyone genuinely interested in experiencing Stephen Sondheim’s musical “Into The Woods”, they’re unlikely to fare better than in a theatre, as it seems a work suited to a specific medium and nothing more. Other than that sense of immediacy that the theatre offers, nothing devastating has been lost in this translation to screen, although one could argue that it’s in this sense of immediacy that the appeal of Into The Woods lies.