"To merely pretend to answer such an important question—where Epstein obtained the wealth which granted him immunity to justice for so long—is simply inadequate."

"Throughout all of this we still have the voices of women who survived Epstein—women who tell stories of pain and trauma which are difficult to hear, but must be heard."

The life and mysterious death of Jeffery Epstein have received surprisingly little attention from mainstream media outlets, given the unthinkable scope of his crimes and the many possible avenues of investigation. If you doubt that Epstein’s suicide was really a suicide, you are likely to attribute this to a larger conspiracy of silence—and indeed, it certainly seemed that, after Epstein’s death, many outlets were more interested in castigating conspiracy theorists than questioning the very real irregularities surrounding his brief time in custody at the Metropolitan Correctional Centre in New York City. 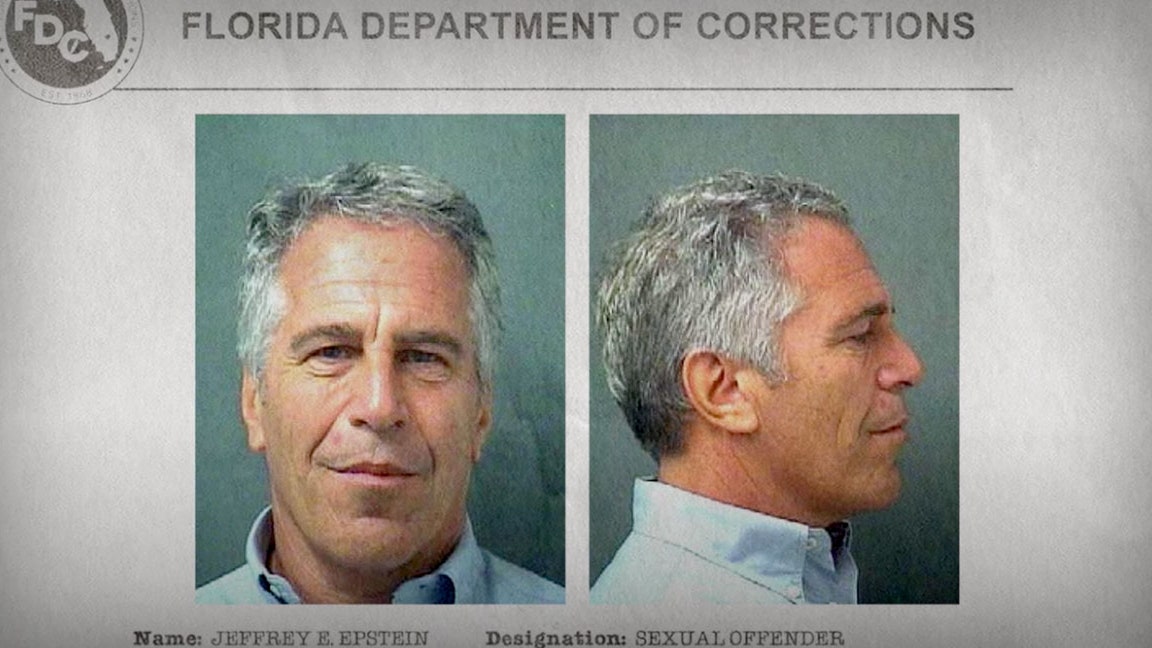 A more prosaic explanation (although a totally inadequate one, in terms of journalistic ethics) is that Epstein’s case implicates so many litigious, powerful people that the press have been reluctant to involve themselves too deeply for fear of professional and financial consequences.

Whatever the explanation may be, it seems most of the media have given up asking questions about Epstein, his death, and the credible evidence pointing to his involvement in a vast global sex trafficking ring. Some unlikely parties are now moving in to fill this void. The original Netflix documentary series, Jeffery Epstein: Filthy Rich, was produced and based on a book by bestselling thriller author James Patterson—not a name you would ordinarily associate with rigorous investigative journalism of the kind Epstein’s case demands; and indeed, Patterson’s sole qualification seems to be that he was Epstein’s neighbor in Palm Beach. Further series are also planned by Sony, HBO, and Lifetime.

But there is always a special distinction in being the first in the field. Most importantly, Filthy Rich does justice to Epstein’s victims, and allows them to speak about what they suffered at his hands. But it neglects vitally important questions as to how Epstein was allowed to persist in his evil for so long.

The first episode of the four part series, “Hunting Grounds”, is the best and most focused. It deals with Epstein’s horrifying activities in Palm Beach, and is anchored by the stories of survivors who recount in detail how Epstein found them when they were children—many were from impoverished backgrounds, and had suffered traumatic events previously—and paid them a few hundred dollars to give him “massages” which were only a cover for sexual assault and rape. Survivor Michelle Licata says of her abuse and its lifelong effect on her:

“Before Epstein, I was something else…The way I saw myself, a long time ago, I was like this flower…A flower that was opening up. And afterwards, it was like somebody just picked up that flower, plucked it from its roots, and stomped on it and smashed it.”

Without these accounts, it is too easy for Epstein’s victims to remain anonymous—and, as survivor Maria Farmer says later in the series, there are an unknowable number of victims whose voices will never be heard. 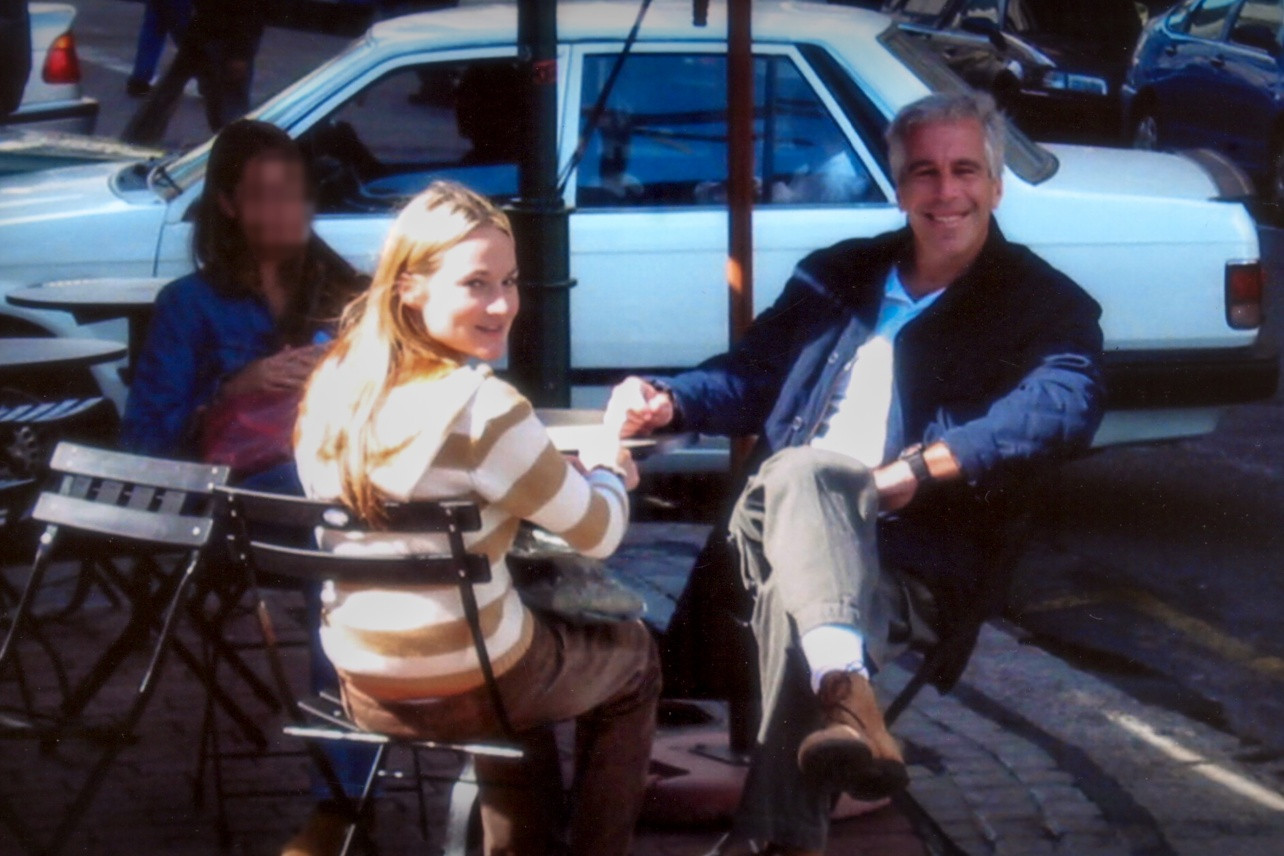 However, there are also points in this episode at which Filthy Rich fails to ask important questions. For instance, we see blurred footage of a detective interviewing one victim who had helped to find other girls for Epstein. The detective leaves and returns with his captain, who tells her that she’s implicated herself in his crime: “You’ve taken girls to someone’s house for the purpose of prostitution…Now that’s a pretty significant second-degree felony.”

This is a grossly unethical way to treat a child who is herself a victim—and given that there doesn’t seem to be a lawyer in the room, it is reasonable to ask whether her rights were properly observed. “And they treated me like his right-hand man,” she recalls as an adult, “but what about the girl who recruited me?” She tells us that for her whole life she has struggled with the guilt of feeling complicit in Epstein’s actions. But the producers do not ask the chief of the Palm Beach police department, who is interviewed about the investigation, whether he regrets that a child was treated in this way, or what exactly such cruel manipulation served to accomplish. 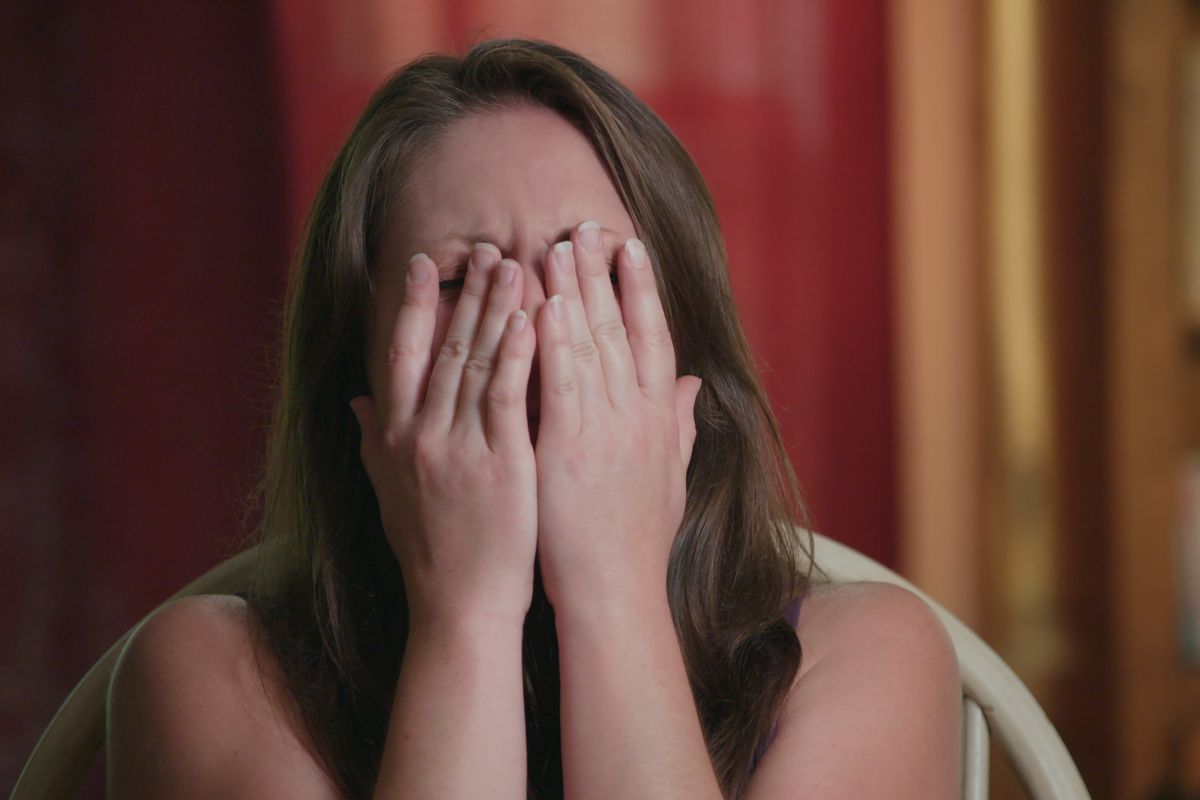 The series loses a lot of direction with the second episode, “Follow the Money,” which looks into the highly suspicious circumstances around the collapse of the FBI investigation into Epstein for the Palm Beach offending and the obscenely lenient plea deal he was offered by U.S. Attorney Alexander Acosta, later to become Trump’s Secretary of Labour (and then to resign when his role in the case was revealed). Despite the title of the episode, the producers do very little to unpack the sources of Epstein’s fabulous wealth. Instead, half-explanations are offered. There is an interview with convicted fraudster Steven Hoffenberg, who tells us that Epstein assisted him in a massive financial scam for which Hoffenberg was ultimately sent to jail, but it isn’t clear if Epstein himself got away with any money, or how much.

The series then dips briefly into Epstein’s relationship with Les Wexner, the billionaire founder of Victoria’s Secret. It becomes plain that the producers have no idea what form this relationship took; but rather than being open about this, they attempt to create the impression of an answer. We are shown a clip from Epstein in a deposition; the questioner asks him if he is bisexual, then if he had a sexual relationship with Les Wexner. Epstein doesn’t reply, but the clear suggestion is that he exercised some kind of improper influence over Wexner. This has the effect of letting Wexner altogether off the hook for what seemed like an extraordinarily close relationship with Epstein; and it still doesn’t tell us how he got his money. Yet at the time of his arrest he owned two planes, a helicopter, the most expensive house in Manhattan, and—notoriously—a private island in the Caribbean, Little St James. And at his final bail hearing, he was offering a $500 million surety for his freedom. 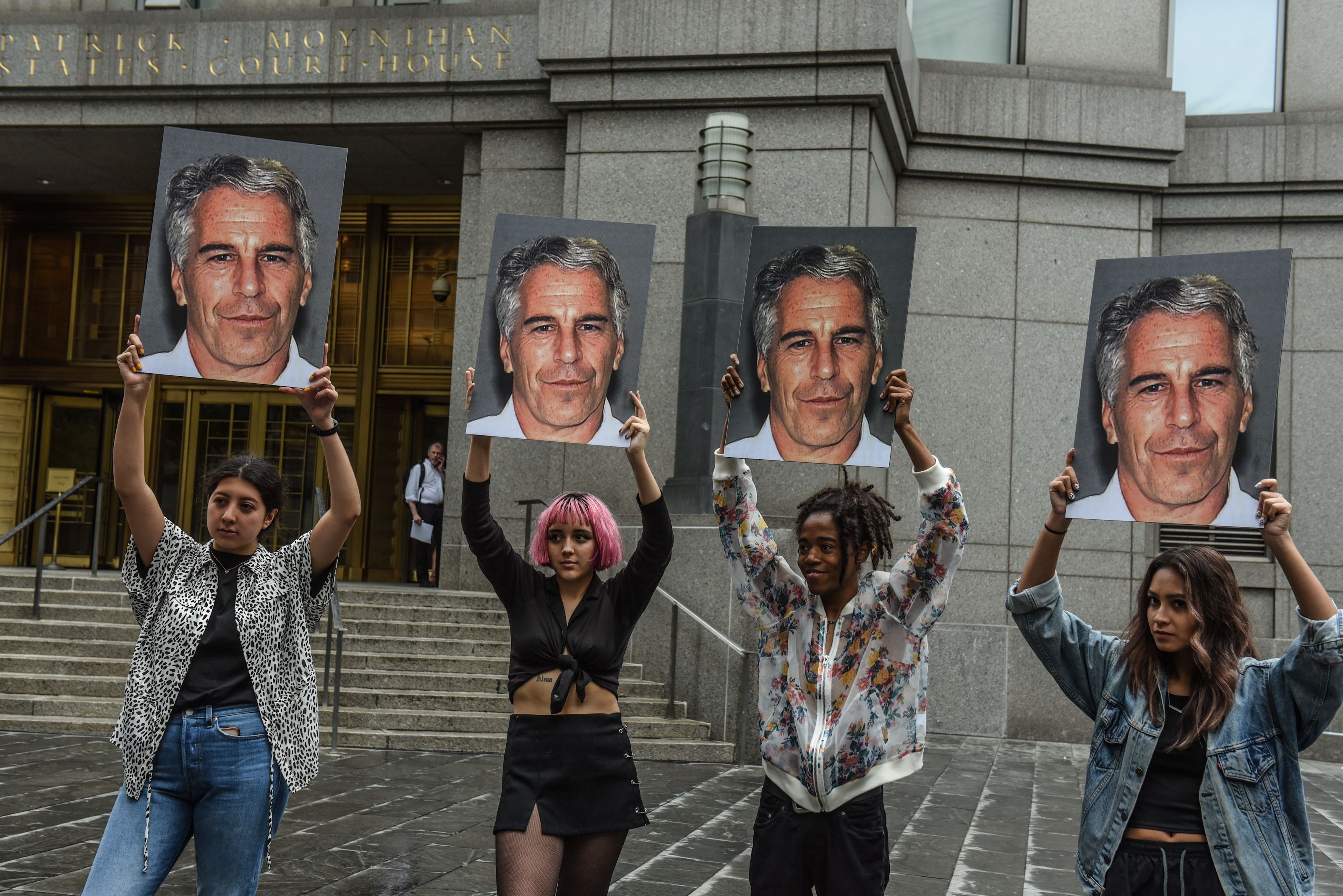 It is entirely possible that Epstein’s finances will never be unravelled; before he was one of the mega-rich himself, he worked as a consultant helping them to hide their money from authorities. But to merely pretend to answer such an important question—where Epstein obtained the wealth which granted him immunity to justice for so long—is simply inadequate.

There are also several points where the producers of Filthy Rich do not include extremely relevant information reported by reputable sources. For instance, they present Epstein’s employment as a teacher at the highly exclusive Dalton School as a total mystery, given his lack of a college degree. But we know that Epstein was given his start at Dalton by the headmaster, Donald Barr, a former agent of the Office of Strategic Services (the forerunner of the CIA), and father of Trump’s current Attorney General, William Barr, who we later see announcing the inquiry into Epstein’s death. This connection is never mentioned at all. One of the most glaring examples of the producers’ strange reticence about certain matters relates to the involvement of Alexander Acosta, Trump’s former Secretary of Labour, in the obscenely lenient plea deal which Epstein received in relation to the Palm Beach crimes—one which not only protected Epstein from further prosecution, but also granted immunity to any known and unknown co-accused as well. Epstein ultimately spent only eight months in a Florida prison, in luxurious circumstances, leaving almost every day on work release, and even flying on his private airplane. Again and again, Acosta is blamed for the total failure of law enforcement to prevent Epstein’s crimes. Acosta certainly deserves this infamy—he’s a deeply repellent Republican sleaze—and the series stresses, correctly, that he owes the public a proper explanation.

What is interesting is that Vicky Ward—who features in the first episode of the series—has reported an explanation by Acosta, although not one which was intended for public consumption. When the Trump transition team was vetting Acosta for the role of Secretary of Labour, Ward reports, they asked him why he had gone so easy on Epstein. Acosta replied that he had been told—by whom, it isn’t clear—that Epstein was an intelligence asset, and he needed to back off. It is simply inexplicable that the producers do not mention this, given that Acosta features so prominently in the series, and Ward herself is interviewed in the previous episode. If true, this raises enormous questions about the possible complicity of American intelligence agencies in Epstein’s activities—questions which Filthy Rich ignores altogether. 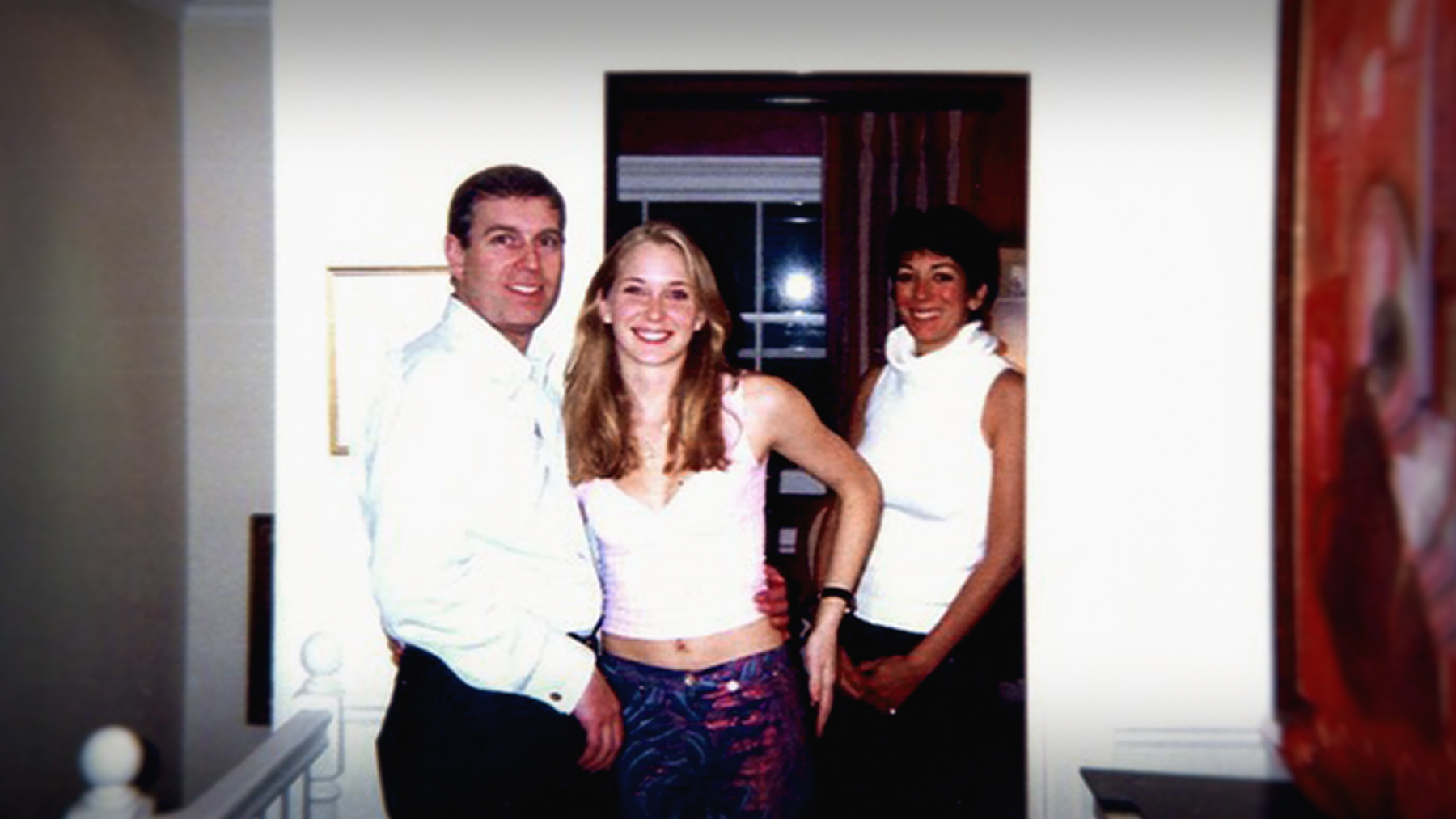 But throughout all of this we still have the voices of women who survived Epstein—women who tell stories of pain and trauma which are difficult to hear, but must be heard. Some of these women, like Virginia Giuffre, have taken on a public role in advocating for victims of sex trafficking. Others seem to be speaking out for the first time. Because of their stories, Filthy Rich is unquestionably valuable.

But as an explanation of how Epstein was able to escape justice for so long, Filthy Rich fails. It is to be expected that there will be enormous gaps in a series like this; that is the nature of the material. But too often the producers resort to sleight of hand to disguise these gaps, or omit important facts altogether. This reaches its crescendo in the final episode, which deals with Epstein’s final arrest and death in prison. There is no mention whatsoever of his first purported attempt at suicide in custody, after which he was found unconscious on the floor of his cell with marks on his neck, or the fact that, against all reason, he was taken off suicide watch and placed in a cell by himself only six days later. Within a few weeks, he would be dead. 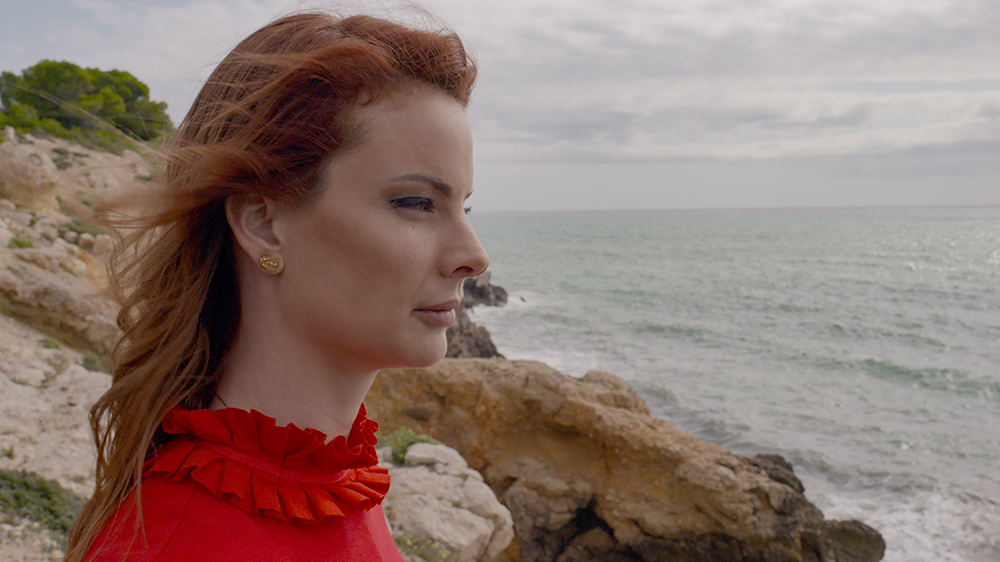 Ultimately, Filthy Rich is more interested in the appearance of thoroughness than in the hard work of inquiry which Epstein’s case demands. Whether suicide or murder, many people undoubtedly benefited from Epstein’s untimely death, and it is disheartening that the passing of time has not brought justice any closer.