"There’s a sort of interesting premise from which Jolt almost immediately goes off the rails."

"Wexler has gotten caught up in how cool this is all supposed to be, and it totally sabotages any attempt at a real message."

There’s a scene midway through Jolt that perfectly encapsulates both its ridiculous excesses and its incomprehensible tonal failures. A woman with a serious anger management issue (Kate Beckinsale) is fleeing through a hospital from the detective pursuing her (Laverne Cox), and finds herself in a maternity ward – one not being looked after by any medical staff, at that. The detective pulls her gun and threatens – not for the first time in the film – to shoot her, as any good detective surrounded by newborn infants would obviously do. So the woman, Lindy, starts throwing babies at her. You read that correctly – she tosses not one, but two babies in the detective’s direction, rightly guessing the detective will be more interested in catching the baby than shooting her quarry. It’s supposed to be funny, and as you see a baby sailing through the air against a terrible green screen, you’ll certainly be inclined to laugh, but not for the reasons the filmmakers hope. 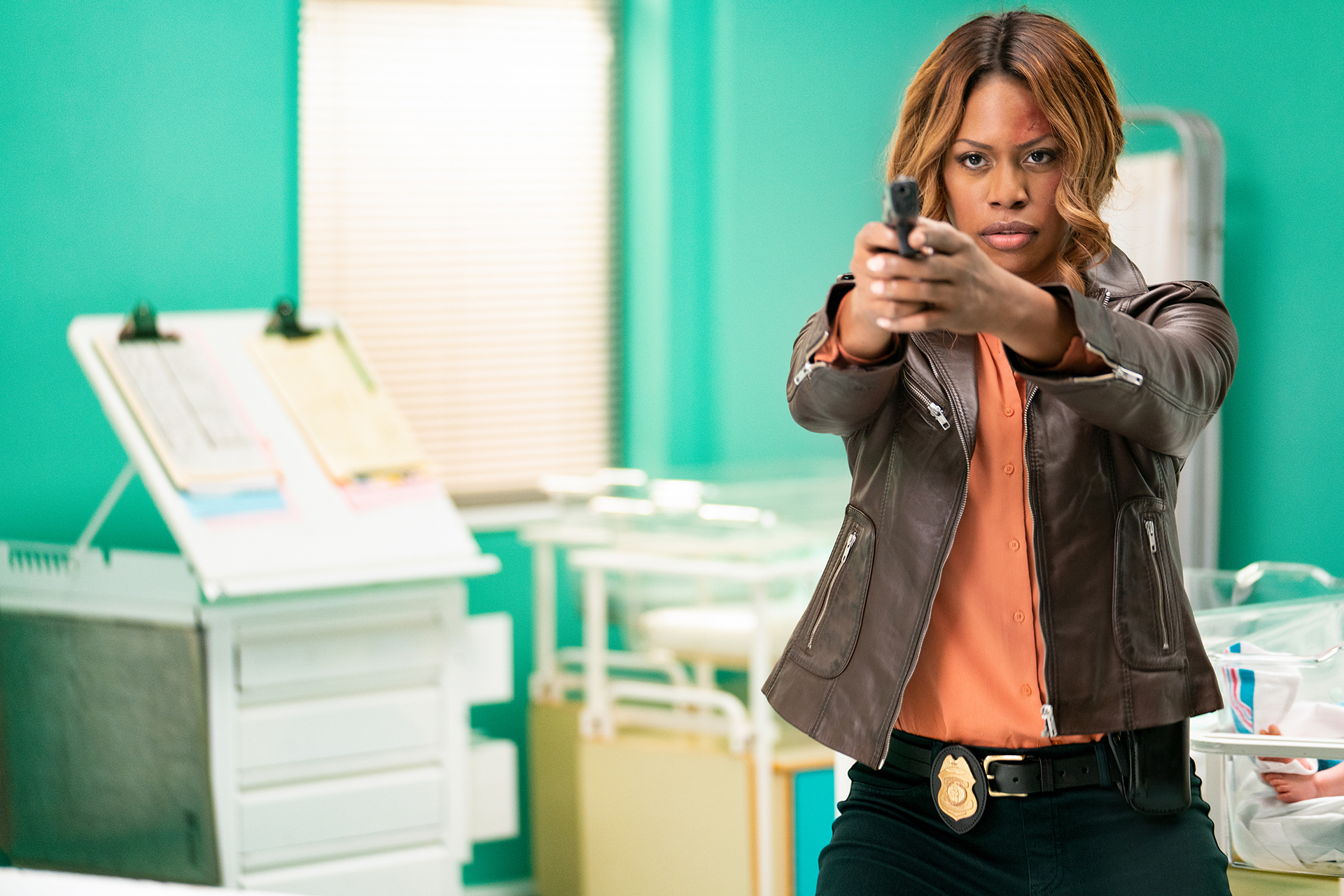 Director Tanya Wexler has “improved” in one area since her previous feature, last year’s Buffaloed, which is that she’s learned how to make a “stylish” movie. Jolt looks a lot better than that terrible green screen for most of the time, as it uses all the zooms and whooshes that have characterised a host of movies about badass characters seeking some quick and dirty vengeance. But the inverted commas around the word “improved” are certainly ironic, as this film is far more often dumb, empty, and soulless than it resembles a polished product.

There’s a sort of interesting premise from which Jolt almost immediately goes off the rails. The victim of an abusive home life, Lindy is diagnosed at a young age with “intermittent explosive disorder” – it’s a real thing – whereby she erupts into violence that she can’t control upon the slightest microaggression by a world that’s full of macroaggressions. This condition, incurable by an ill-fated tour of military service, left her institutionalised. As an adult, though, Lindy has found herself a candidate for an experimental treatment by her psychiatrist (Stanley Tucci), which could help her lead a “normal” life. It involves wearing a vest equipped with electrodes attached to her skin. Whenever she feels an episode coming on, Lindy can press a red button concealed in her palm and give herself an electric jolt, which restores her equilibrium long enough for her to extricate herself from the situation.

The goal is to eventually not need it, and Lindy thinks she might be getting there when she meets Justin (Jai Courtney), a nice guy who doesn’t do any of the things that trigger her – like talking with food in his mouth – and wants to cook for her and give her lavish presents. Her optimism is short-lived, however, when Justin turns up dead, riddled with bullets and thrown in a skip. He may have had some shady criminal underworld connections, but dammit, he was a nice guy. So Lindy sets out to find whoever killed Justin and, well, not press the red button in their presence.

It’s a dubious critical practice to talk about what filmmakers should have done with the premise they’ve given us, but a film like Jolt forces a critic into dubious practices. If you’re going to make a film about a woman fighting to control poisonous impulses, how much more interesting would it be to put her in scenarios where maintaining her centre is actually the desired outcome? Like, an important job interview, or a weekend trip to meet the in-laws. This especially should be the way to go when the film itself introduces the notion that minor violations of the social contract, like chewing too loudly, set her off. There should be stakes to not losing her shit, and both the comedy and drama should flow from her failures to do so. 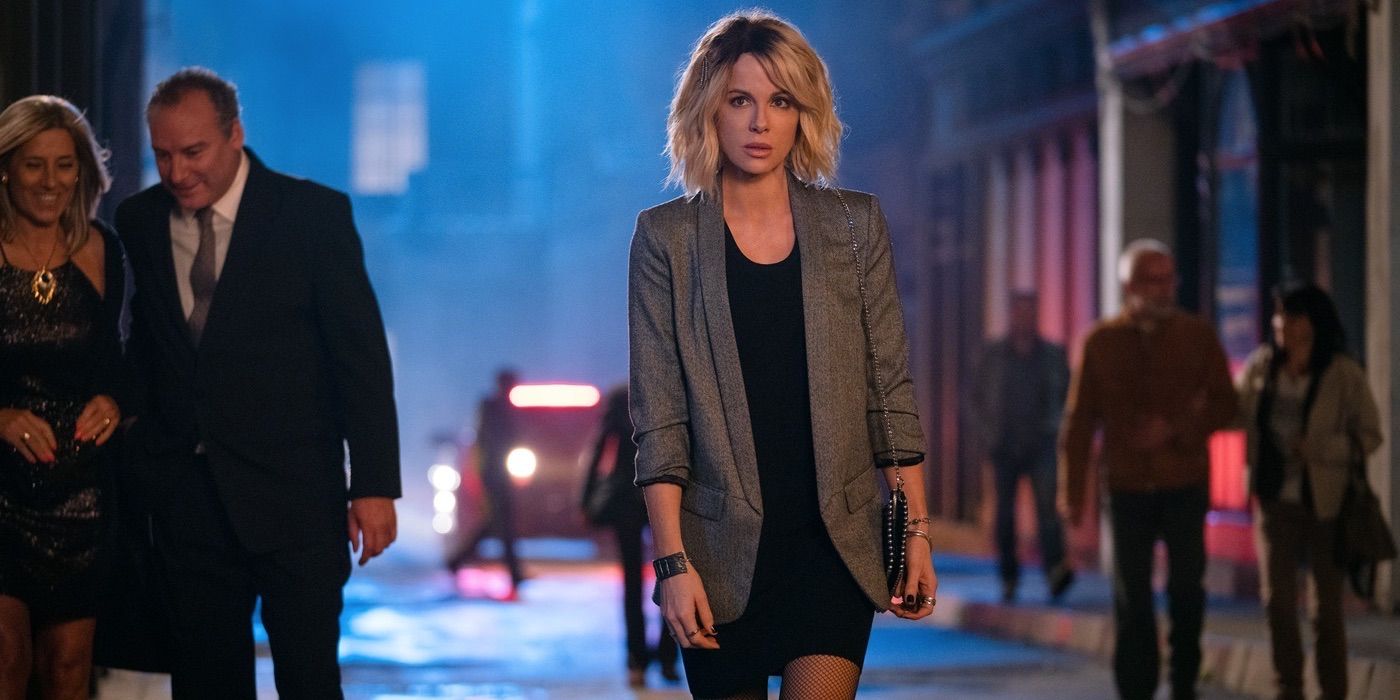 Instead, Jolt presents a scenario where turning into a beast, and unleashing the quite unbelievable fighting skills she has apparently had the discipline to learn, is the preferred course of action. If you’re going to strap a mid-level hood to a car battery and attach jumper cables to his balls, who cares if you have a vest that’s meant to pacify you? Never mind the fact that the very planning involved in such an extravagant torture scenario belies the sort of primal violence that is supposed to overtake her and make her act quickly, decisively and fatally.

Wexler has gotten caught up in how cool this is all supposed to be, and it totally sabotages any attempt at a real message. The movie obviously wants to give its audience a dose of the vicarious righteousness of a woman meting justice on a world of terrible men, as all but one of her targets do indeed have a penis. But given that there are plenty of smart movies that do this in a lot more satisfying fashion, it’s impossible to give this incredibly stupid one any sort of a pass. 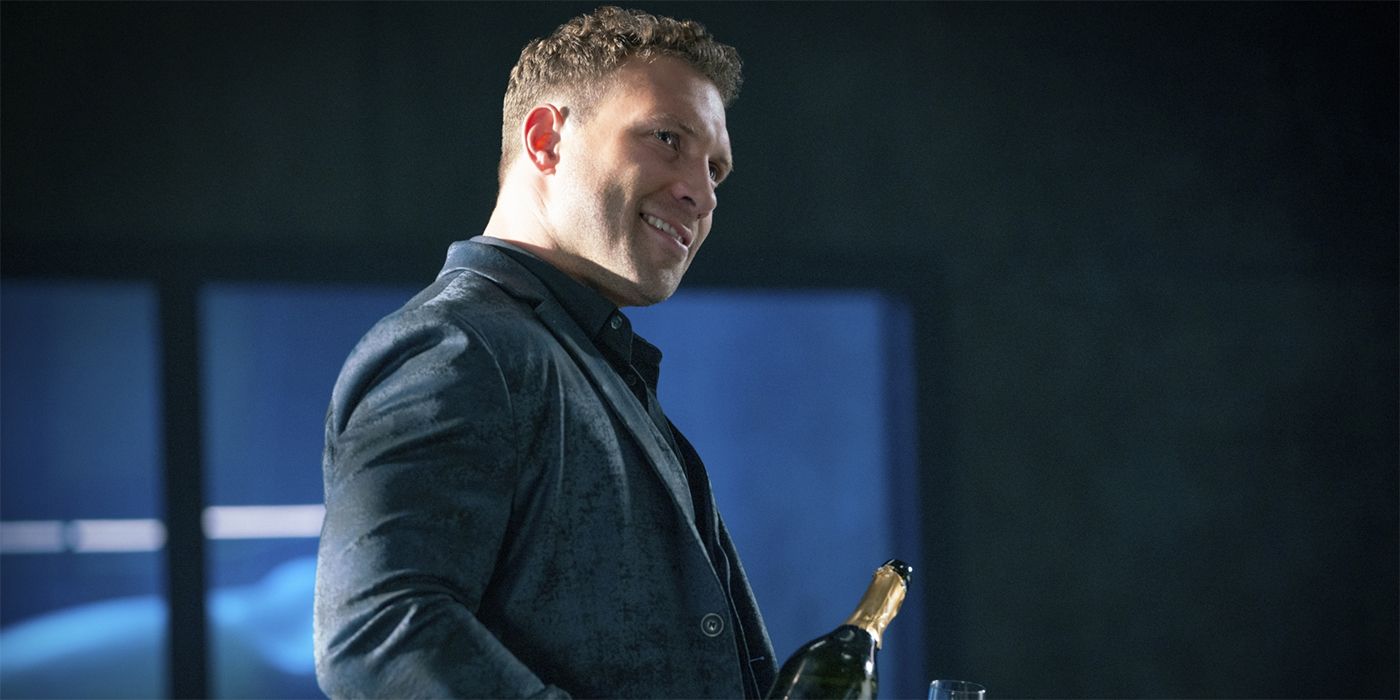 A good cast has been wasted in the process. Beckinsale (who looks weirdly like Meg Ryan in this movie), Cox, Tucci, Courtney and Bobby Cannavale all have the capacity to really deliver, if they have material worthy of them. But the roles are thankless from top to bottom. Courtney, the Aussie actor, actually worked with Wexler on Buffaloed, where he played an interesting sleazeball in charge of a boiler room of debtor collectors. Just that mere description of his character is better than anything in Jolt, and let’s hope Courtney does not do Wexler the favour of appearing in her next film if it’s going to be anything like this.

As a final indignity, Jolt has the preposterous chutzpah to try to set up a sequel through a random appearance at the end of Susan Sarandon, whose unmistakeable voice is heard in the opening voiceover. Never in a million years should Jolt become a John Wick-style franchise, and even though Hollywood is a craven place full of indefensible decisions, we can rest safe in the knowledge that Jolt will be the first and last of its kind. If any babies needed to be thrown, they should have thrown out both the baby and the bath water with this one.