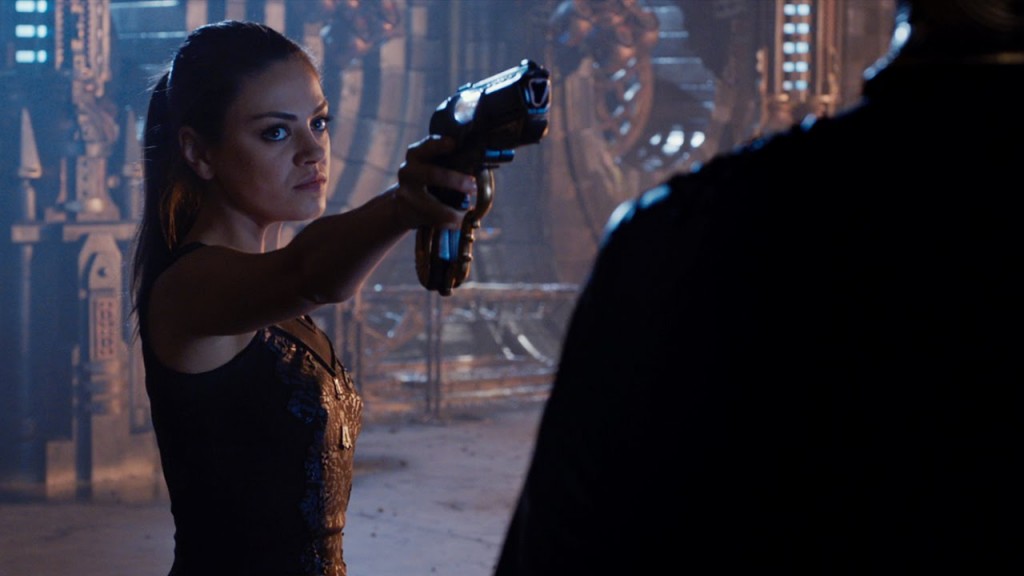 The extraordinary mess of Jupiter Ascending might have to be seen to be believed. It is a film so atrocious that in some ways it almost becomes compelling in its awfulness. ‘Almost’ is the crucial word there. There’s so much inherently amiss about every turn that the filmmakers have made in their creative process that standard review discussion points such as motivations, narrative, dialogue and character beats barely scratch the tip of the iceberg. If you’re familiar with feeling dumbstruck by a particularly incoherent moment or scene in a film then perhaps you can empathise with the experience of watching Jupiter Ascending, which is a motion picture entirely comprised of moments such as those. By now, surely and hopefully, the Wachowski siblings have exhausted all the goodwill that they garnered from the success of The Matrix.

To venture into an examination of the plot in any detail would be to acknowledge that such analysis is deserved. It’s not an exaggeration to suggest that the film genuinely feels as though it’s the result of a frenzied brainstorm by focus challenged children. The ideas being bandied around are as relentless as they are primitive and the enthusiasm on the part of the directors clearly outstrips any regard for the filmmaking process. Unfortunately, when you throw enough shit at the wall sometimes all your left with is a wall covered with shit. On viewing Jupiter Ascending, which is inadvisable, you may catch vague allusions regarding galactic monarchies, destiny, genetic splicing and interstellar government systems. Allusions will be all you’ll get. Anyone with even mild curiosity toward just what the Wachowskis are on about will be sorely disappointed by the complete lack of depth to the ferocious stream of tired science fiction concepts.  “Time is the single most important commodity in the universe,” one character quips. Ok. Why? 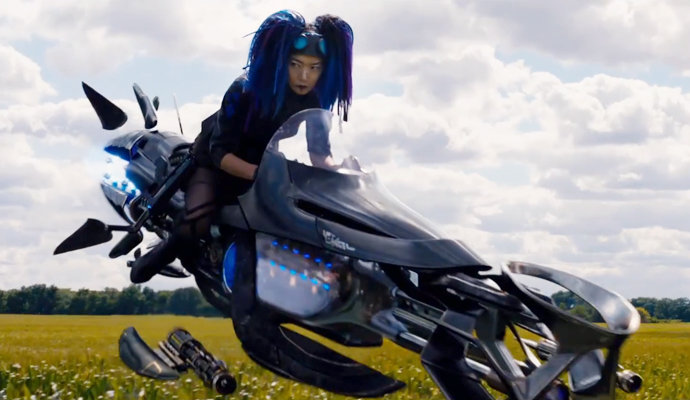 Jupiter (Mila Kunis) sets off on an adventure through space, possibly, but it’s not easy to gauge exactly what else is going on. What is clear is her complete lack of surprise at any of the situations she’s put through, which would register as alarming to even the most seasoned of adventurers. This farfetched acceptance of the extraordinary often plagues these sort of films but none so more than here. And while the film fails to catch up with the narrative there are also a handful of secondary scenarios that offer no obvious merit, such as Jupiter’s cousin’s plans to convince her to sell her eggs so he can buy a flatscreen television (you read all of that correctly) as well as a lengthy sequence that outlines the tedium of galactic bureaucracy.

Channing Tatum plays a man spliced with a dog and isn’t awful despite his character being decidedly awful. Eddie Redmayne must be feeling very grateful that the film is being released too late to factor into his chances at the Academy Awards next week. There’s also Sean Bean and an entire host of characters that will probably be forgotten as soon as the end credits mercifully begin to roll and a sinking depression kicks in related to the enormous amount of money that was spent on something so carelessly awful. Can a film be recommended if it’s so bad that it’s almost fascinating? Perhaps, but it won’t be in this review.