"This film recognises that the king had a queen who may have been different in her methods, but played just as significant a role in getting the whole family where it needed to be to pave the road for success."

History’s great iconoclasts have frustrated a hell of a lot of people along the way. Richard Williams might be one of them. When everyone told him to zig, he zagged. When John McEnroe’s coach insisted a powerful tennis stroke originated from a closed stance, he opted for an open one. When conventional wisdom said professional success began with years on the junior circuit, he pulled his girls from it. When a sponsor offered his daughter Venus a boatload of money to sign, he politely said “No thank you.” Given that Venus and her sister Serena became two of the greatest tennis players of all time, it certainly seems to have been a winning strategy. 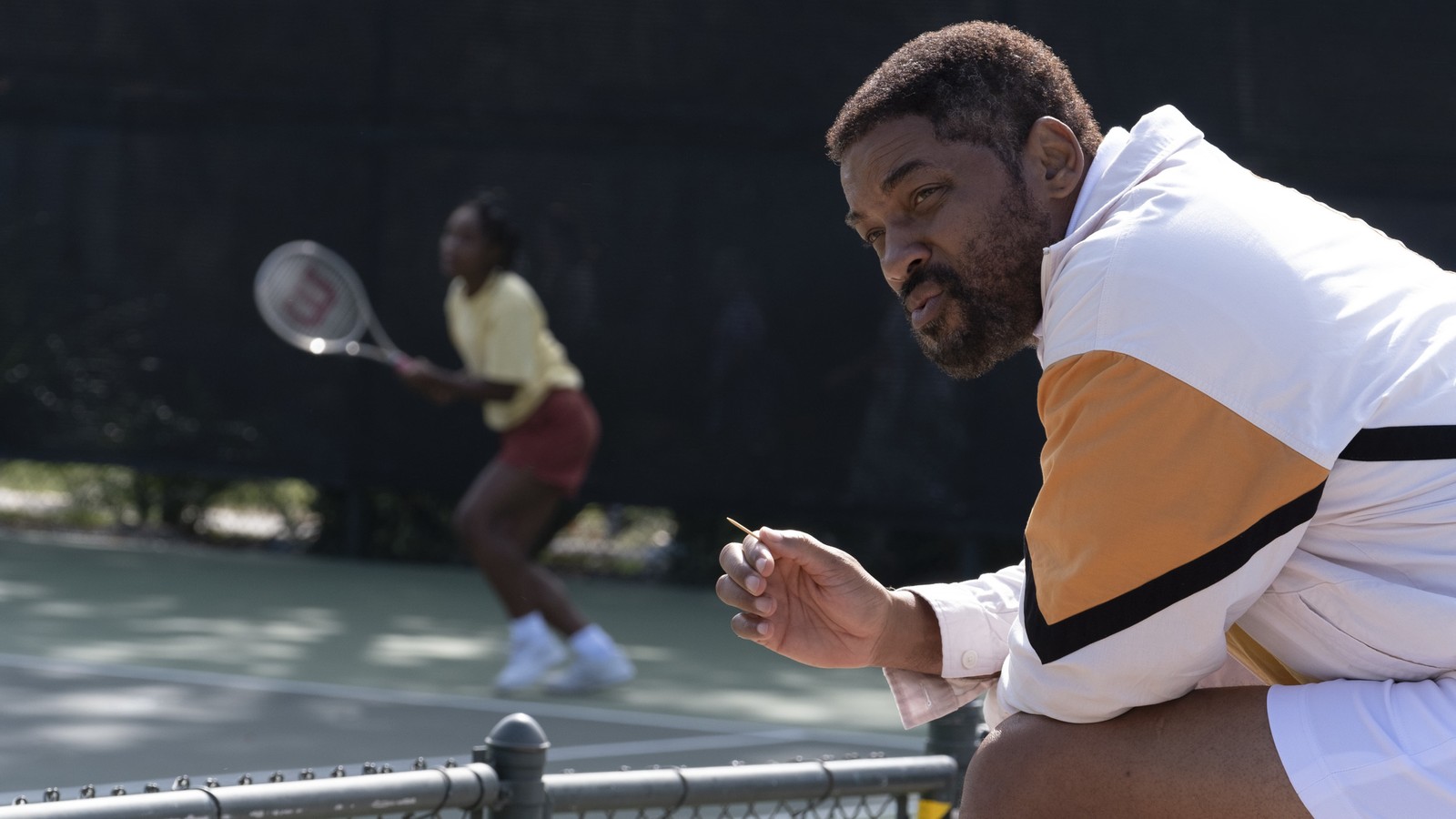 This is the narrative King Richard wants us to believe. Whether it is the God’s honest truth of how everything really went down, we may never know. After all, Venus and Serena are executive producers on Reinaldo Marcus Green’s film, so this is clearly the version of their father they wanted the world to see. Some of his rougher edges may have been rounded off, such as the film’s decision to mention only in passing the interview braggadocio he was famous for, even before his girls had played a single match of professional tennis.

Whether his decisions were all the right ones at the right times can be argued from a tennis perspective, though there’s no arguing the results. What shines through is that they were all the right decisions from a parenting perspective. Richard witnessed other tennis parents berating their children on court and raising kids who took out their frustrations on their racquets, and sometimes their opponents. He didn’t want that for Venus and Serena, and he certainly didn’t want the sort of burnout at age 18 that befell Jennifer Capriati, who appears briefly in the film as a cautionary tale, and the most famous pupil of the man he selected to train his girls.

Their tutelage under Rick Macci (Jon Bernthal) is not where this film starts out, though. Before Richard (Will Smith) engineers a relocation to West Palm Beach, Florida, to take full advantage of Macci’s services, the family is struggling against the neighbourhood thugs and sub-par courts of Compton, a rough-and-tumble section of Los Angeles. Although King Richard does not touch on this, Richard Williams opted in to Compton, rather than trying to get out of it – he wanted his girls to face, and subsequently overcome, challenges. But after his second beating at the hands of gangbangers who make advances toward one of his stepdaughters, it’s time for the whole family to reluctantly travel down the more conventional path to tennis stardom.

Only when they get to Florida, though, does Richard tell Rick that the 11-year-old Venus (Saniyya Sidney) and 10-year-old Serena (Demi Singleton) won’t be playing competitive junior tennis. They’ll practise, but match play is out. Trying to follow a plan he says he laid out even before they were born, Richard will continue to frustrate those hell of a lot of people, including Rick, sports reporters, his long-suffering wife Oracene (Aunjenue Ellis) and most importantly, the girls themselves. Venus is itching to feed her competitive fire, but Richard wants them to go to Disney World instead. Meanwhile, her younger sister may be even more talented than the now 14-year-old fighting to get into the spotlight.

While watching King Richard, you know how it’s all going to turn out, at least if you’ve paid the minimum attention to professional tennis over the last quarter century. It’s helpful to remember, though, how brazen many of Richard’s decisions were, how much more likely it was for any two aspiring professional athletes to fail than to succeed. Having gambled on their talent was the obvious approach in hindsight, but turning down a $3 million sponsorship deal, even before Venus had played professionally, could have been a disastrous gambit. One wonders how many Richard Williamses there may be out there that we’ve never heard of, precisely because they blew those big decisions. Taking the money and running is by far the more practical choice, long-term success sacrificed for short-term gain.

What the film may lack in drama about its outcome is made up for with a deep dive into Richard’s psychology. His stubbornness was born out of his own father’s failings in a segregated south, where Richard was left to fend for himself and never properly encouraged of his worth as a human being. That gives him a clear reason for his behaviour but not a pass from his wife, who has her own impressive knowledge of tennis fundamentals, and takes to training Serena when Venus’ initial coach can only accept one apprentice free of charge. The film is called King Richard because he made decrees and needed to have tribute paid to him, in what was often interpreted as a massaging of his ego, even when he characterised it as his daughters’ best interests. Oracene is the only one who can really call him out, and she does in a series of memorable scenes. 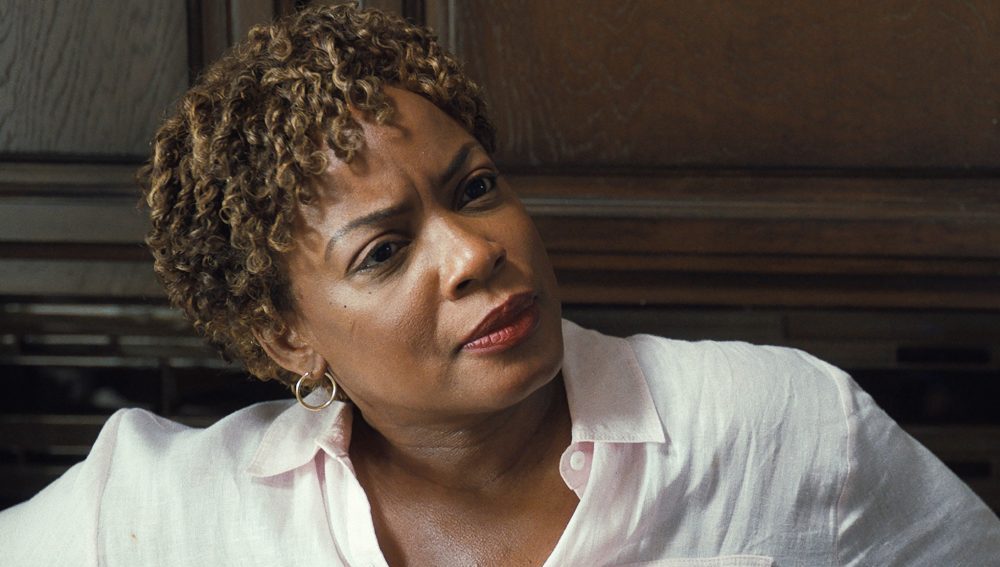 Will Smith has garnered most of the headlines for his portrayal of the title character, but Ellis really goes toe-to-toe with him, the only one who doesn’t feel like she must placate him to avoid one of his draconian whims. Perhaps their respective fates at the Golden Globes makes for a good metaphor of how the world sees the characters’ influence on the girls, as Smith took home the globe for best actor in a drama, while Ellis had to settle for being nominated in the supporting actress category. This film recognises that the king had a queen who may have been different in her methods, but played just as significant a role in getting the whole family where it needed to be to pave the road for success. 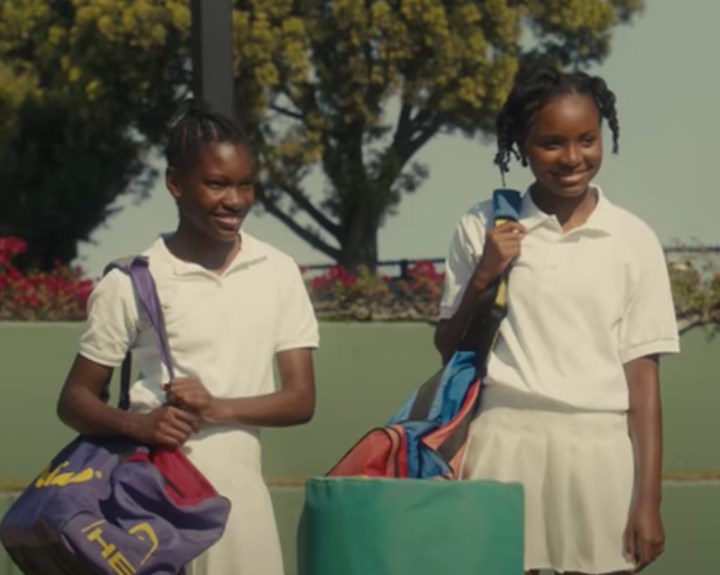 Venus is the focus of the film to the extent that either daughter is, since this is, in fact, their father’s story. The performances of Sidney and Singleton are strong too – they sure look like tennis prodigies on the court – but perhaps their more valuable contribution to the film is the way they remind us how young these girls really were. The actresses are both too old to be playing themselves at ages 11 and 10, but there’s a benefit to being reminded how advanced they were as athletes, and how everyone but Richard was trying to get them to grow up too quickly. That they continued to sing songs and play games and sit down for a viewing of Disney’s Cinderella – even if Richard intended the viewing as a lesson on modesty – is perhaps the best indication of how both parents raised children whose success now seems inevitable, even though it never was.