"This is the sort of film that needs to feign lawlessness while subtlety adhering to classical laws of storytelling. "

"Plot devices and additions leer out and grab hold onto that basic premise, and the problem is that none of them enhance it."

It’s a man’s world in Matthew Vaughn’s Kingsman: The Golden Circle. The clue is in the title. The film is a sequel to the Vaughn’s 2014 surprise hit, Kingsman: The Secret Service, which had a brighter outlook on women. The dedication of this sequel to transmit the excellence of masculinity in favour of femininity is such that one candidate for a significant character that is female is jettisoned early in favour of a male option that defies death, logic and a natural narrative.

That narrative is the film’s principle issue. The Secret Service had a sense of progression, loosely based on My Fair Lady, inadvertently or not, which is entirely lacking in this sequel. Vaughn is an energetic director and has approached individual scenes with spirit, but his own touch of chaos spirals into too much chaos. This is the sort of film that needs to feign lawlessness while subtlety adhering to classical laws of storytelling. That’s what the first film did. This sequel is a mess. 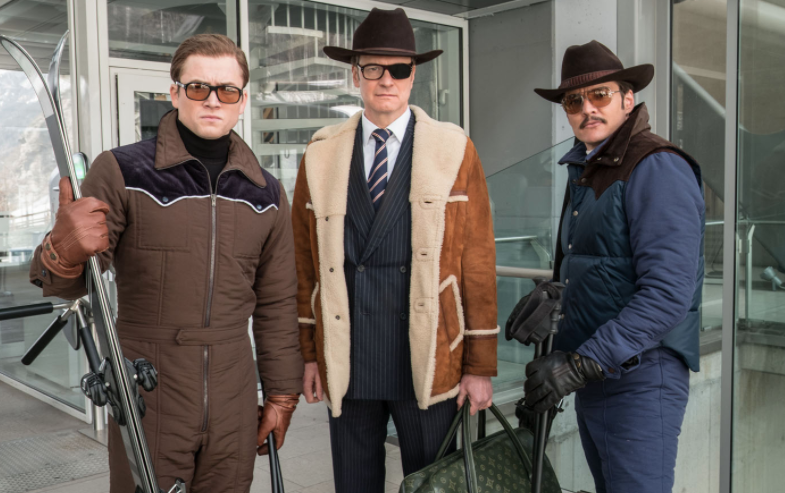 Eggsy (Taron Egerton), the Eliza Doolittle surrogate from the first film, is attacked on the streets of London by former potential Kingsman candidate, Charlie (Edward Holcroft). Eggsy escapes, and discovers that Charlie is working for a mysterious company called The Golden Circle, which we find out is headed by Poppy (Julianne Moore). Her name is concurrently a joke and an omen. Poppy is the head of the world’s most widespread drug cartel, and wants the world to see her as a legitimate businesswomen instead of a criminal. Her aim is to legalise drugs on a global scale, and the film takes a problematically vague stand in regards to that aim.

On one hand, it conveys the real life actuality that many good, hard-working people take drugs, indicating that Poppy’s wish to legalise and monitor drug use is, in some ways, a good thing. On the other hand Poppy is positioned as the villain of the piece, and moments during the conclusion of The Golden Circle indicate a sentiment that’s opposed to the idea that drugs aren’t inherently wrong. Whether you agree with Poppy or not is irrelevant. What’s relevant is that Kingsman: The Golden Circle doesn’t know whether it agrees.

Poppy, through a nifty trick that has a lot to do with Eggsy and Charlie’s scuffle at the beginning of the film, is able to wipe out almost the entirety of the Kingsman organisation. Eggsy survives and Merlin (Mark Strong) does too. Here’s where describing the plot of Kingsman: The Golden Circle becomes tricky. Essentially, Eggsy and Merlin seek assistance from their American counterparts, The Statesmen, and the combined organisations pursue Poppy.

But that chaos that surrounds that logline is stifling. Plot devices and additions leer out and grab hold onto that basic premise, and the problem is that none of them enhance it. Most of these gratuitous inclusions, including a bizarre cameo from Elton John and a morally uncomfortable sex scene during Glastonbury music festival, tangle into one another, resulting in a narrative mess. There’s too much going on for any of it to be satisfyingly explored. The purpose of Channing Tatum as the Stateman agent Tequila and his function in within the film surely boils down to rewrites following scheduling problems. 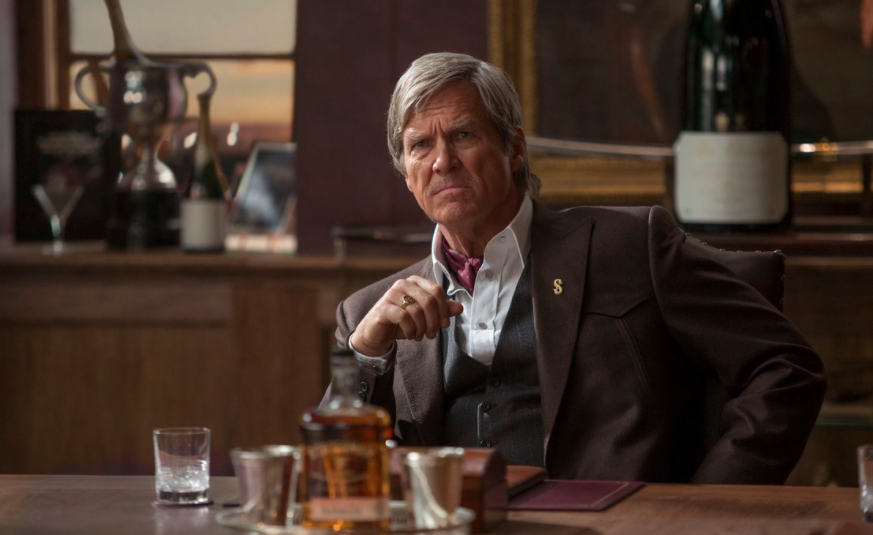 The real issue in Kingsman: The Golden Circle is the lack of urgency, which is significant and is the consequence of Vaughn removing any gravity in relation to the possibility of death. Charlie, Eggsy’s former competitor, was killed during the final moments of The Secret Service. Harry (Colin Firth), also returns in spite of probability. When death is that meaningless then what sort of meaning does death have?

The effect is crippling. When characters in The Golden Circle meet their maker the impact is zero because Vaughn has already convincingly established his disregard for death as an important narrative device. It’s not a slight to Firth to say that the film would have been better without him. His presence highlights the tendency of The Golden Circle to look backward rather than forward.