"The makers of The Kissing Booth 2 can’t decide which teen romantic comedy story to tell in the follow-up. So they tell them all."

"Are high school friends really ever expected to follow each other’s paths throughout their entire lives?"

The more cynical reason The Kissing Booth 2 is two hours and 12 minutes long is that Netflix gains some unquantifiable edge over the competition by having its content run longer. The less cynical reason has more to do with incompetence. The makers of The Kissing Booth 2, fronted by director Vince Marcello returning to his role from the 2018 original, can’t decide which teen romantic comedy story to tell in the follow-up. So they tell them all. And none of them very well. 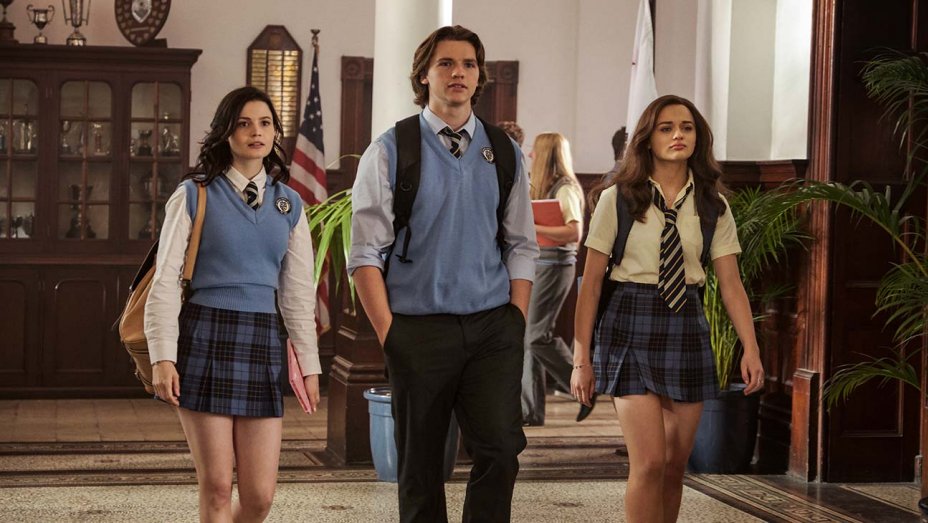 The story being told the first time was the lead character, Elle Evans (Joey King), having to choose between her best friend, Lee (Joel Courtney), and her best friend’s brother, Noah (Jacob Elordi). They weren’t romantic rivals for Elle, but when you’re trying to maintain a besties relationship with a girl you’ve known since birth and she starts having eyes for your handsomer older brother, who is also a player, it’s still weird. Anyway, they sorted that out, but Noah left for university across the country at Harvard, while Elle stayed back in sunny Southern California to finish her senior year in high school with Lee. She sort of figured Noah would pick up with some, or many, Harvard girls, and that would be that.

Only when Noah arrives in Boston, he’s terribly homesick – and misses Elle in particular. She starts planning a visit, but in the meantime, she’s got a potential new suitor in Marco (Taylor Perez), the new student who’s positioned to become the most desirable draw in Elle and Lee’s annual fundraiser kissing booth. He knows she might be interested, too, due to that classic mishap where you lean against the school intercom and accident blurt your feelings of attraction to the entire school. Crazy old-school intercoms and the crazy backpacks that accidentally push them into the ‘on’ position!

Meanwhile, feeling at loose ends, Elle is getting in the way of Lee’s relationship with his own girlfriend, Rachel (Meganne Young), who has about as good a heart as they come, but can only take so much of Lee prioritising Elle over her. Meanwhile again, Elle flips on the long-distance jealousy of a Harvard freshman she thinks might have caught Noah’s eye, Chloe (Maisie Richardson-Sellers), who is not only gorgeous, but at least 25 in real life. (Actually, she’s 28.)

The Kissing Booth movies wear their love for John Hughes on their sleeve, considering that both employ 80s fixture Molly Ringwald in the increasingly smaller role of Lee and Noah’s mum. If The Kissing Booth 2 were a bit more tongue in cheek, it could function as a loving homage to/parody of such movies, something clearly fourth-wall breaking. By just trying to be one, the film holds itself to the impossible standard of the mainstream quirkiness Hughes spun out so effortlessly. Those films were very accessible while also letting their freak flag fly, but The Kissing Booth 2 just has to be happy with “very accessible.” Which is not enough. 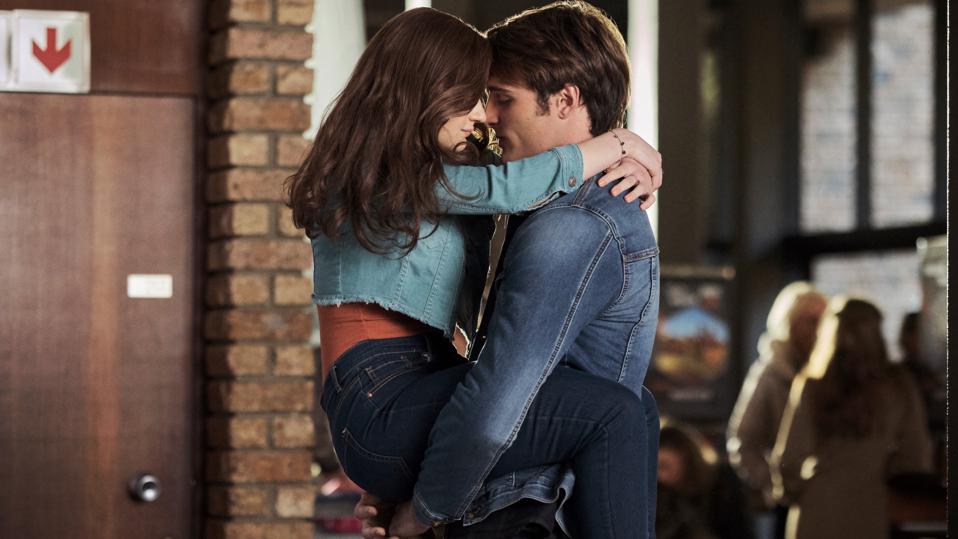 Joey King is a bubbly and charismatic actress who’s easy to watch, and may herself be responsible for the movie moving along more quickly than it otherwise would. In this outing, though, she’s let down by the charisma vacuum of her co-stars, who had so much more to offer the first time around. Elordi played the bad boy in the first film, the brooding football jock, but he’s been neutered here to a bit of a puppy dog, his swagger gone entirely. Courtney, on the other hand, lifts right out. Any dramatic stakes he’s supposed to bring to the equation are absent.

In avoiding the tension that would usually characterise this sort of dynamic, The Kissing Booth 2 leaves us too many characters with too little to do. It’s commendable that Lee only felt jealous of the time his brother was spending with Elle, not the relationship itself – why not a movie with platonic male and female friends rather than lifelong friends who realise they’re meant to be together? Yet now, as we go into the second movie knowing there’s no ambiguity in the best friends’ relationship, it’s hard to feel that their friendship is really fragile, and the conflicts seem drummed up. Are we supposed to really believe that Lee will be destroyed if Elle decides not to apply to the same university as he does? Are high school friends really ever expected to follow each other’s paths throughout their entire lives? Better, at least for dramatic purposes, that he’s actually struggling with romantic feelings for her. 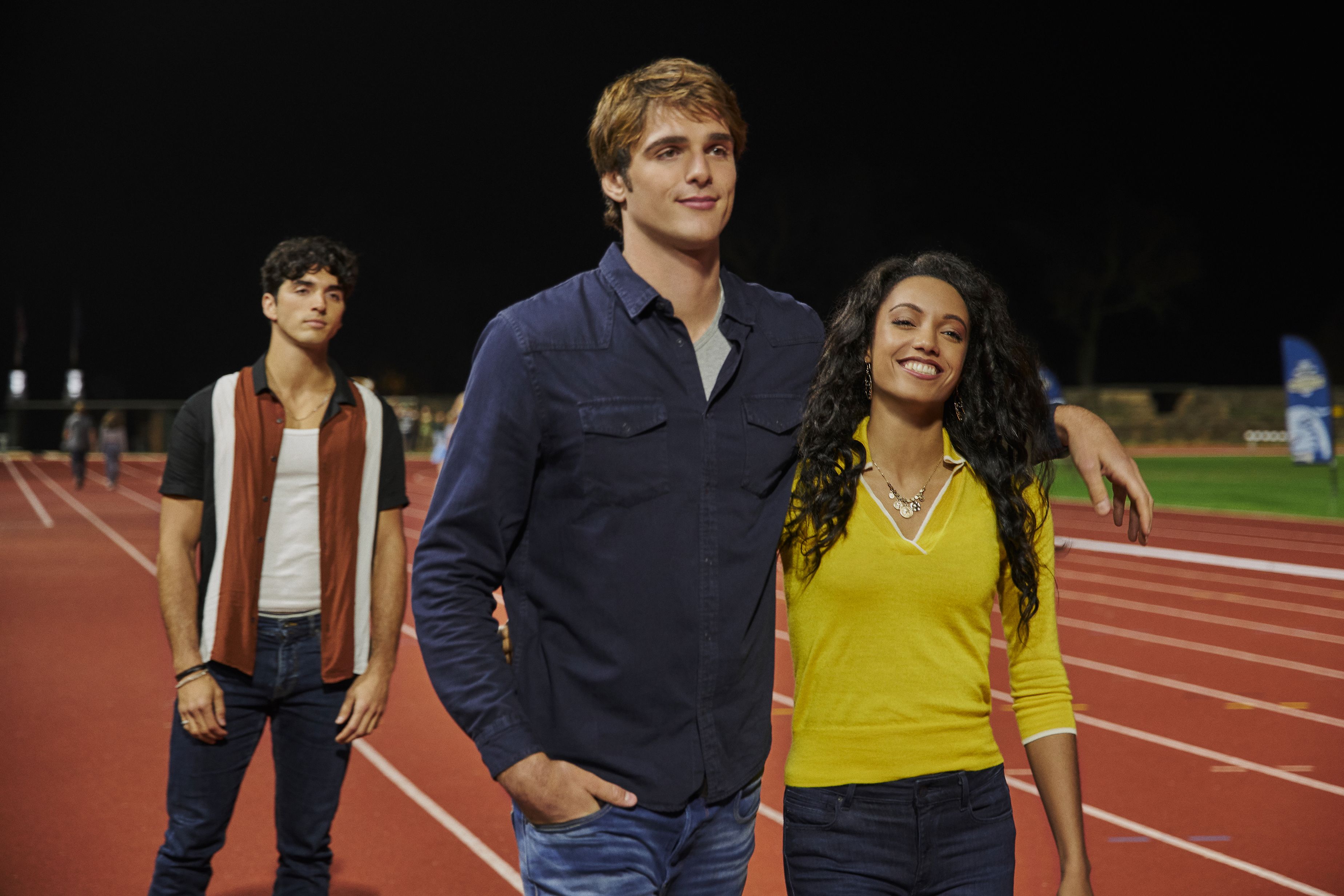 Because Lee has to have his own series of plots, both with Elle and with Rachel, it makes The Kissing Booth 2’s other agendas feel even more crowded and tacked on. To acknowledge and undercut the outdated and core heteronormative elements of a kissing booth, the film presents a gay subplot between two other students (Judd Krok and Hilton Pelser) – though it’s so inessential to the thrust of the narrative that it doesn’t even warrant a mention in the Wikipedia plot outline. The film checks in with them so irregularly that you forget they’re even in the movie. When they get one of the ten heartfelt conversations that close the movie – all of which are witnessed by the entire school, naturally – it is less than unearned. Too bad, because you want to believe the entire school really would applaud two boys kissing. 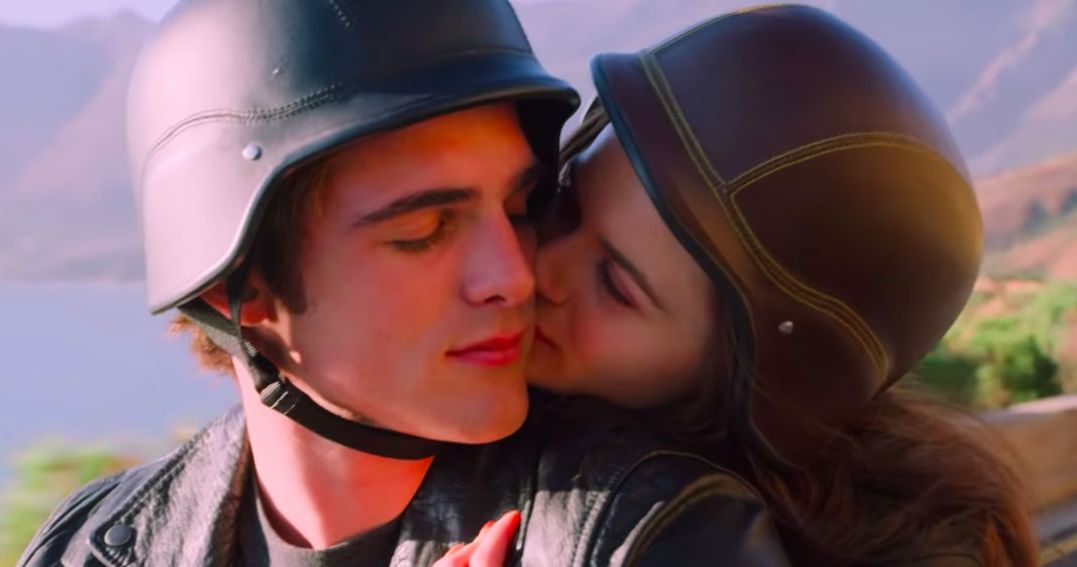 By the time this otherwise reasonably fleet film has ground to a halt under the weight of resolution fatigue, you realise that maybe what Netflix really wants out of this property – an adaptation of a popular series of tween books – is a TV show. In a TV show, you really can explore all the ideas at once, and today’s smart TV shows will devote entire standalone episodes to stories that would otherwise get the short shrift. (See the similarly themed Netflix show Never Have I Ever for an example how to do this exceedingly well.) Everything gets the short shrift in The Kissing Booth 2, most notably the forgotten detail that it’s supposed to be about a kissing booth. For viewers, it feels like the long shrift.