"Batman was just a side character in The Lego Movie, but the voice of Will Arnett brought such a warmly received dose of ironic coldness that it was an obvious move to spin him off into his own movie."

"There’s heart in The Lego Batman Movie, but this is not a movie that’s trying to have it all ways. "

What started out seeming like a joke – “Can you believe they’re making a movie about Legos??” – has turned into a blossoming cinematic empire that will get two instalments this year, both follow-ups to the 2014 megahit The Lego Movie. The first of these is The Lego Batman Movie, only the second Lego movie but the umpteenth Batman movie – a joke made pointedly when Ralph Fiennes’ Alfred reminds Bruce Wayne of all the other times he’s felt similarly concerned about him, quickly rattling off the release years of every previous movie. And while many of those were not good – from the wild indulgences of Joel Schumacher to the turgid self-seriousness of Zack Snyder – The Lego Batman Movie happily takes its place as one of the most enjoyable to feature this character, and certainly the funniest.

Batman was just a side character in The Lego Movie, but the voice of Will Arnett brought such a warmly received dose of ironic coldness that it was an obvious move to spin him off into his own movie. (That, and the fact that the character is one of the world’s top five guarantees for turning out audiences.) There’s no direct relationship to the first Lego movie, as Chris McKay receives the baton from Phil Lord and Christopher Miller and ventures into a solo Batman adventure that has more to do with teasing the mechanics of Batman movies than being an actual Batman movie. 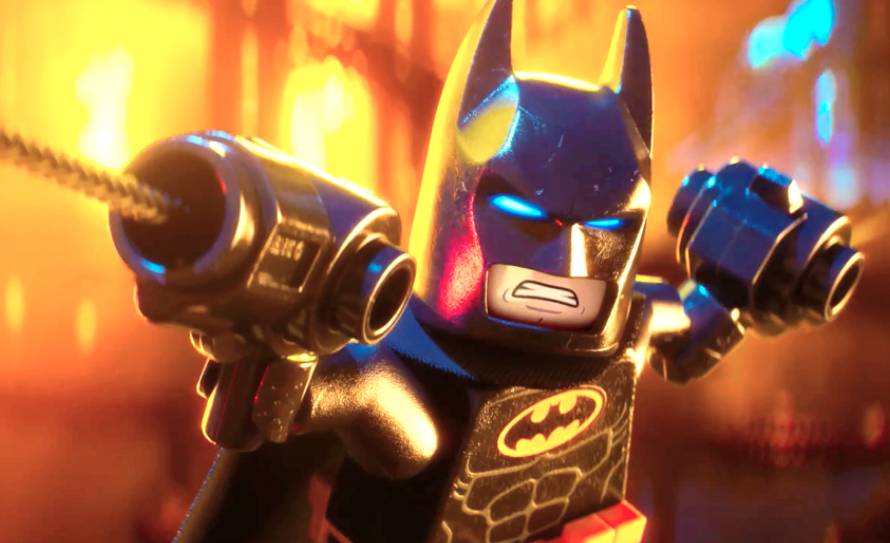 To wit, every villain who has ever graced the pages of a Batman comic, both the expected and the unexpected (Condiment King, anyone?), turns up here to try to make Batman’s life a living hell. Or at least, to get him to pay attention to them. See, the central joke is that the Joker (voice of Zach Galifianakis) considers Batman his archrival, but the feeling is not mutual – a realization communicated via the hilarious progressive drooping of the Joker’s little Lego face into a despairing grimace.

In fact, Batman don’t need nobody, especially not a surrogate child or a love interest, who are presented in the form of an orphan named Dick Grayson (Michael Cera) and a new police commissioner named Barbara Gordon (Rosario Dawson). Everything else plot-related exists just to satirize superhero movies, and satirize them incredibly well.

The above is not easy. We live in an era where everything’s been satirized a dozen times more than anyone wanted it to be. Satire has become such a common component of our cultural language that many properties are coming pre-satirized. Somehow, The Lego Batman Movie fights against these prevailing conditions and comes out ahead. It’s not that the jokes are exactly unexpected, but that they benefit from an absurd streak in the writing that complements the natural absurdity of watching angular figurines with holes in their legs performing the action.

It’s remarkable how little drop-off there is from the streamlined screenwriting duo of Lord and Miller, who retain only a producer credit here, to the quintet of screenwriters fronted by Seth Grahame-Smith, the man responsible for mashups like Pride and Prejudice and Zombies and Abraham Lincoln: Vampire Hunter. Grahame-Smith et al reproduce the tone of The Lego Movie and McKay mimics that film’s pacing, so really, the effect is the same as if Lord and Miller were still sitting at the controls. 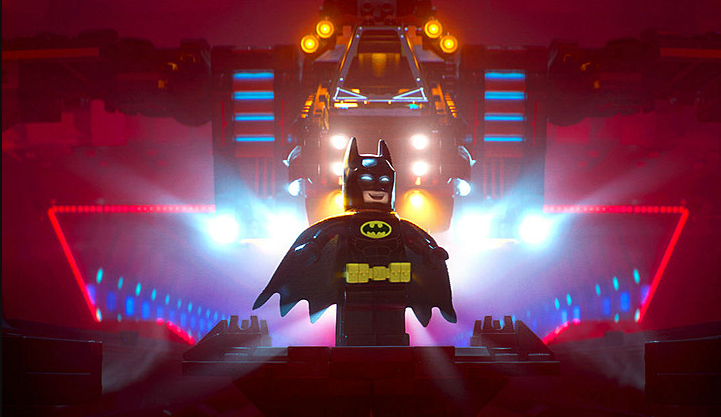 While it’s unwise to present too many jokes out of context for a reader’s consumption – and context is everything in The Lego Batman Movie – it’s hard to resist rehashing the glorious details. Many of these involve Wayne’s mansion, whose cavernous Batcave includes walking platforms on articulated arms and bat vehicles of every conceivable size, shape and function. Then upstairs there’s a roaring fireplace about three stories high for him to walk past pensively in a bathrobe, cowl still planted firmly on head.

The loneliness of the character is underscored through this stadium-sized domicile, particularly in the film’s funniest scene, where the lobster Bruce is chomping echoes through the Batcave as he reclines in some kind of floating bat dinghy. He’s lonely, but he likes it that way – or so he thinks. 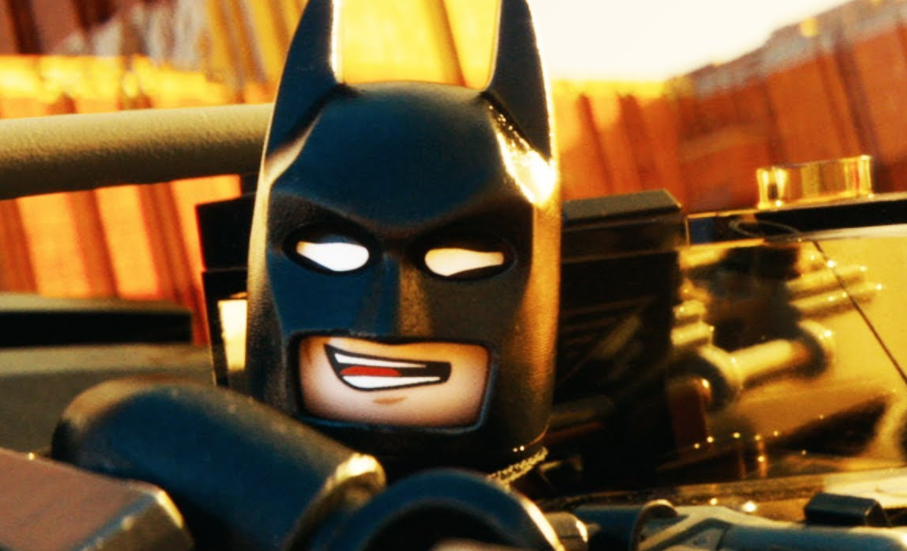 There’s heart in The Lego Batman Movie, but this is not a movie that’s trying to have it all ways. It’s content just to make us laugh, and they couldn’t put forth a better frontman in that regard than Arnett. The natural purr in his voice easily morphs into the growl that most directly mocks the way Christian Bale played the role in Christopher Nolan’s movies. But Arnett never lets us know he’s in on the joke, which makes him stand out in a movie that’s constantly signalling its own intentions. Whether it’s tough guy machismo or rich guy petulance, Arnett delivers it in tasty chunks of audio. He’s just one of those guys for whom being funny is effortless.

Little else about The Lego Batman Movie seems effortless, as it does suffer from the same overstuffed quality that made the first movie occasionally exhausting. But it’s a good kind of exhaustion, and The Lego Batman Movie confirms that we’ve got an appetite for more of it. The Lego Movie might have proven to be a fluke, but now it seems like this is a sustainable enterprise, and you kind of feel like any of your cinematic favourites might benefit from a little Lego makeover. It’s hard to say what we’ll think after five more Lego movies, but for now, this feels like a franchise incapable of outstaying its welcome.