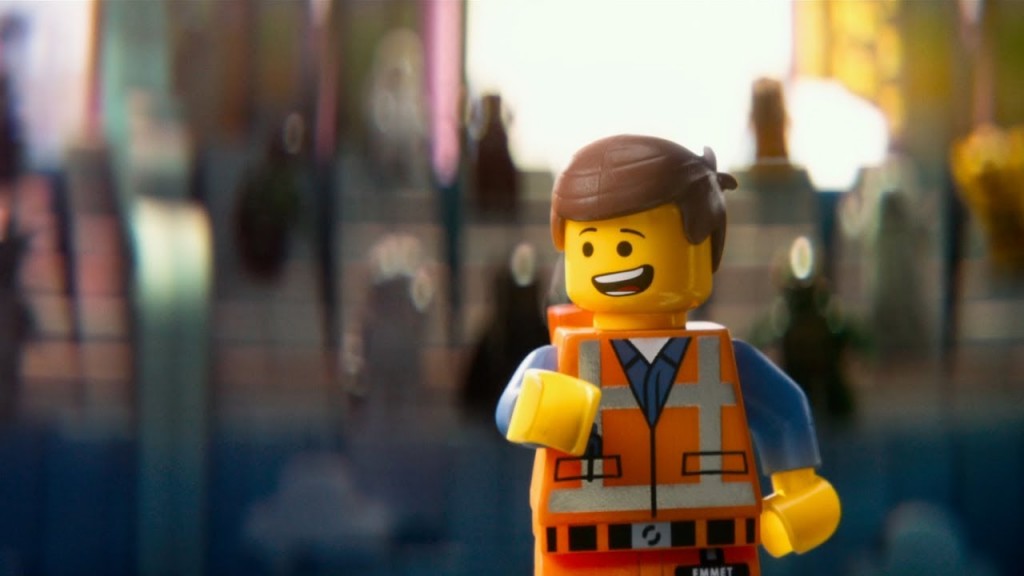 The LEGO Movie is most effective when it lets the LEGO do the talking. There’s a lot of nostalgia for those who have long since left the Danish building blocks behind and enough artistry in the animation for the those who are fortunate enough to still be the perfect age for them.

The film isn’t so much filled with sight gags as it is one huge sight gag. Despite being digitally animated, the filmmakers have adhered to the laws of LEGO in character movements and world interaction. Gigantic waves move with the the swift construction/deconstruction of tiny blue blocks. Fire is always created with the iconic flame block that was so prevalent in the medieval LEGO sets. Indeed, half the fun of Phil Lord and Chris Miller’s film is recognising pieces you may have a particular devotion towards.

Emmet (Chris Pratt) is an exceedingly likeable construction worker who’s so eager to fit in and be accepted that he follows an instruction manual on how to best piece his life together (the film’s joke, not mine). The city Emmett lives and works in functions with the meticulous planning of the most complicated of LEGO sets, but there’s a certain uninspired quality to the place. President Business (Will Ferrell), a fanatical admirer of precision, holds sway over the entire LEGO nation, outlawing creative building and thinking. 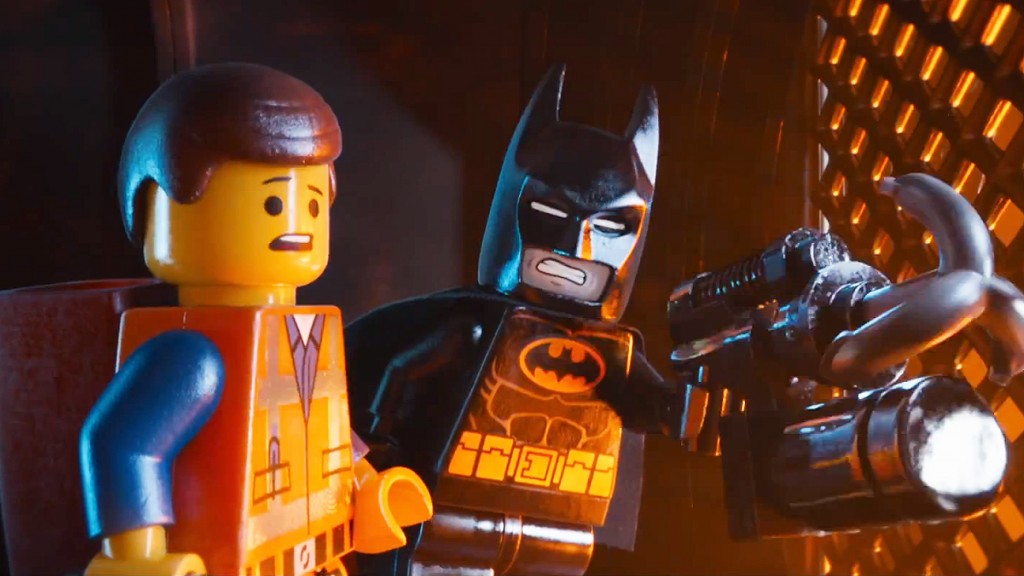 On a whim, Emmett follows the particularly attractive LEGO character Wyldstyle (Elizabeth Banks) and is erroneously branded ‘The Special’, the prophesized saviour of LEGO creativity. Despite the protestations of some of LEGO’s more famous licensed characters, including Batman, Gandalf and Milhouse, Emmett joins a shabby troupe of rebels in an attempt to thwart President Business’ plans to quell genuine creativity once and for all.

There’s nothing too complex about the story or its message, which essentially observes the age old children film notion that anybody can be special as long as they believe in themselves. It’s charming, but it’s also regrettably simple in a post-Frozen world. An unexpected twist toward the finale is welcome but not compellingly explored enough to sustain much interest.

The best jokes are the visual ones, since the script often falls flat. The filmmakers have a real knack for pushing the physics of LEGO to an entertaining level, and despite the relatively lengthy running time of The LEGO Movie, these sight gags never become banal. There are also a handful of clever references regarding some of the more recognisable LEGO pieces, with the one-sided relationship between Superman and The Green Lantern being a particular highlight.

The LEGO Movie will no doubt be exceedingly popular with children and for the most part its pleasantly entertaining. There’s a distinct charm to the faux-stop motion style of the animation and Miller and Lord exploit the nature of LEGO with amusing confidence. Ultimately though, there’s not enough substance to leave a lasting impression.