It’s never fair to compare movies based on entirely extra-textual information, like which of two movies produced in the same country in the same year were put forward by that country for Oscar consideration, leaving the other out in the cold. But indeed, when smitten and subsequently gobsmacked fans wondered why Celine Sciamma’s Portrait of a Lady on Fire was not France’s entry into the best foreign language film competition in 2019, hence its failure to be nominated for the award, they were left to wonder what was.

The answer is Ladj Ly’s Les Miserables, a police drama that takes its name and themes from Victor Hugo’s celebrated play, but not its plotting or structure. It did become one of the five films nominated for the Oscar, and also won the Jury Prize at Cannes.

Where Portrait is a consummately feminine movie, if one wants to use such reductive gender distinctions, Les Miserables is a masculine one. It looks at three members of the Street Crime Unit, which they nickname the Smack Combat Unit, who occupy their day intimidating suspects and bystanders alike in the Monterfeil commune. Nicknames are a big thing for this unit, as today finds the two veterans, Chris (Alexis Manenti) and Gwada (Djebril Zonga), showing the ropes to the new guy, Ruiz (Damien Bonnard), whom they have nicknamed “Greaser” for his slicked-back hair.

Like any number of movies so far this year, Les Miserables feels very of the moment, especially given its Australian release date. The movie hits cinemas during renewed protests over police violence in the U.S., in the days following the Wisconsin shooting of an unarmed Black man, Jacob Blake, who took seven shots in the back as he was entering his vehicle. If you want to add a far more frivolous bit of zeitgeist relevance for the movie, the inciting incident in Les Miserables is the theft of a lion cub from a traveling circus – which recalls the major Netflix hit Tiger King from earlier in the pandemic.

However, there is also a jaw-dropping difference between Les Miserables and anything that has happened this past year – heck, these past couple centuries – in America. One can’t watch Les Mis (not an appropriate nickname) without marveling over the lengths French police go to to avoid fatal interactions with suspects. There are a number of long and exhausting foot chases in this movie, as teenagers of colour escape either the lawful or unlawful pursuit of the authorities. (Whether they did something or not, they know they could easily have something pinned on them.) When in close range, the police have only their batons and non-lethal flash-ball guns in their possession, the latter of which become the focus of this particular story of police brutality. 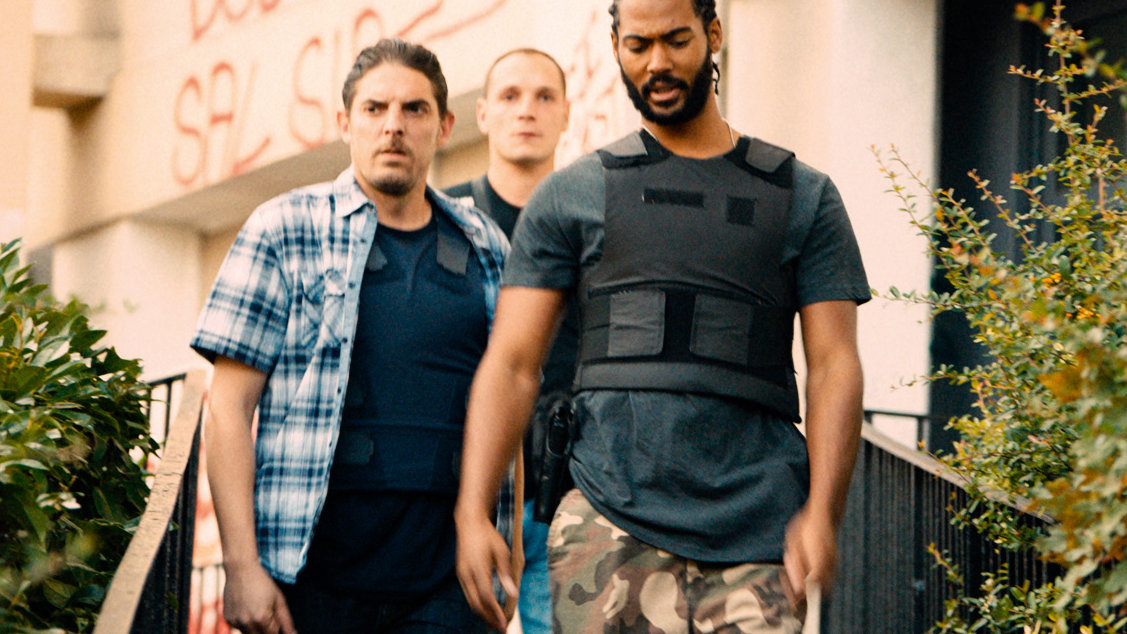 In a way, the film is a bit like Training Day meets Do the Right Thing, which is a compliment on both counts. Like the former, a by-the-book newcomer watches as the veterans bend the rules to the breaking point, and haze him in the process. Like the latter, the film sets up a complex ecosystem of neighbourhood power brokers and colourful eccentrics, who all start to simmer toward a climactic boiling point. This latter is a conspicuous strength of the film, as we see how everyone from the de facto king of the commission flats, nicknamed “the Mayor,” to the Muslim brotherhood participates in the circulation of information and protection on the crime unit’s beat.

Race is not specifically singled out as often as it is understood to be a key underlying factor in all the proceedings. One of the officers is Black, but Chris, the true “us vs. them” scumbug of the operation, wears his white privilege openly and proudly as he shoves 14-year-old kids against walls. Adding a layer of complexity is that the members of the robbed circus, whom the characters refer to as “gypsies,” also bring their own racial preconceptions to stoke the fire. 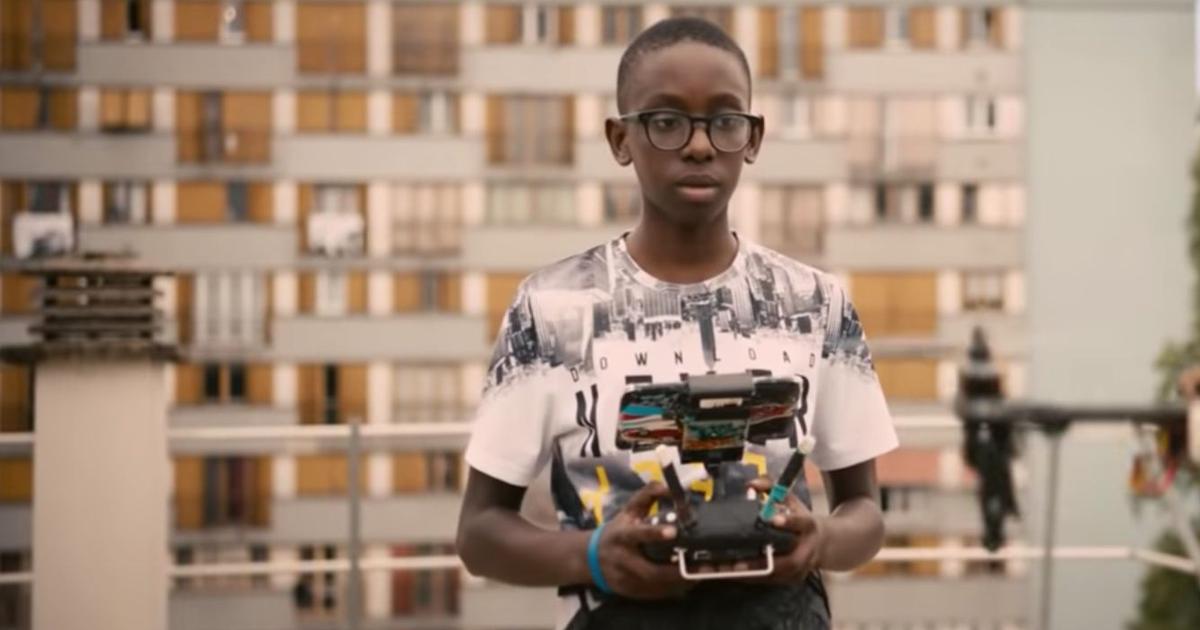 Giving us a God’s eye view of this whole thing, both on the level of filmmaking and a story level, is the creative and very contemporary use of drone footage. We get a number of majestic shots of these commission flats from on high, but this is also the perspective of one of the characters, a boy named Buzz (Al-Hassan Ly). A good name for this character, as it’s also the sound his drone makes as it floats around the towers, trying to surreptitiously record teenage girls undressing. Of course, it’s when the hovering camera captures an act of police brutality that Buzz comes into the crosshairs of a police unit with an irrepressible survival instinct.

If the movie seems unusually perceptive, that could be because the director, a former documentarian, lived the events himself. The story is based on a real-life event in the wake of France’s victory in the 2018 World Cup, and Ly filmed the incident, having grown up in the Monterfeil commune himself. That’s also where Hugo’s play was written and partially set, and gives further relevance to the play’s revolutionary themes. As they were back in Hugo’s day, the poor are still under the thumb of an oppressive authority. 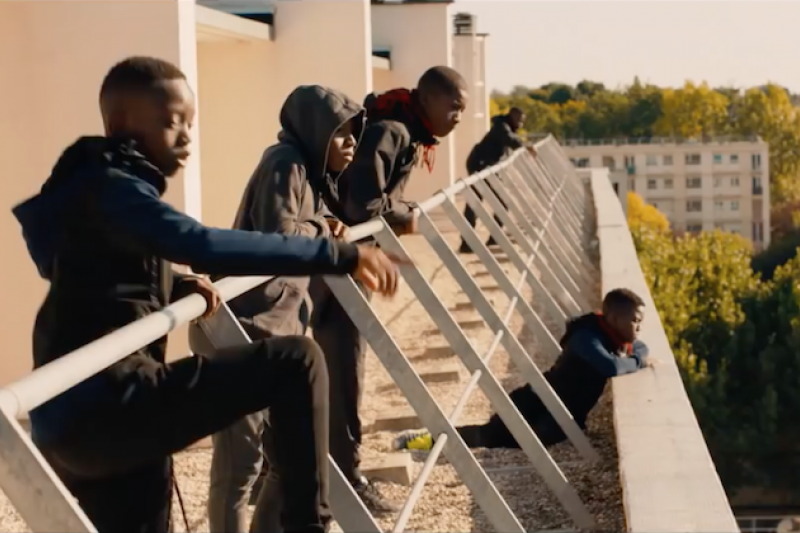 To continue the unfair comparison we started with, though, is Les Miserables a worthier entrant into Academy Award consideration than Portrait of a Lady on Fire would have been? To this critic, it is not. But at least two really important films were made in France last year, both of which have very different, but equally urgent and essential, messages about the toxicity of the white male patriarchy. Both films may help us strive toward equality for those who have been too long under that thumb – or whose neck has been too long under that knee.

Les Miserables opens today, 27 August, in cinemas around Australia, with Victoria to follow.