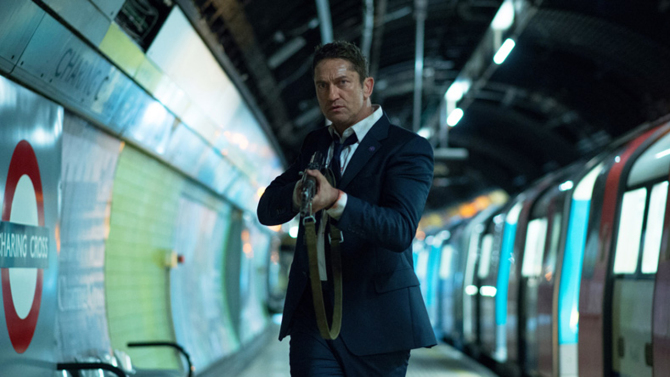 London Has Fallen is like an attractive idiot. It’s handsome and appealing until it opens its mouth. Then it’s dumb and loud and xenophobic and you become disappointed in yourself for ever finding it enticing in the first place. And yet, it is an enticing film in many ways. If only the film said smart things, or even moderate things, instead of being dumb and racist and excessively patriotic. London Has Fallen may be set in the old country, but it’s saturated by America.

Babak Najafi is the director of London Has Fallen. He’s an Iranian national, which is surprising considering how the film boisterously packs the entire Middle East under one threatening body. Perhaps he was hired so the production company had someone to point to if the issue of  the film’s treatment of the Middle East, which is unreasonably tasteless, was raised. “You people,” the protagonist energetically calls at his enemies. It’s them versus America. London Has Fallen doesn’t appear to be aware of just how dumb it is. It’s happy with how it is.

London falls in London Has Fallen, which is a sequel to the modest hit, Olympus Has Fallen, which was directed by Antoine Fuqua. That film was one of two large-budget productions in 2013 that revolved around terrorist attacks on the White House. The other was the bluntly titled White House Down, which sounds like it could have been the title of Olympus Has Fallen during early stages of production. It was Fuqua’s film that emerged the box office victor, despite both receiving a comparable critical reception. 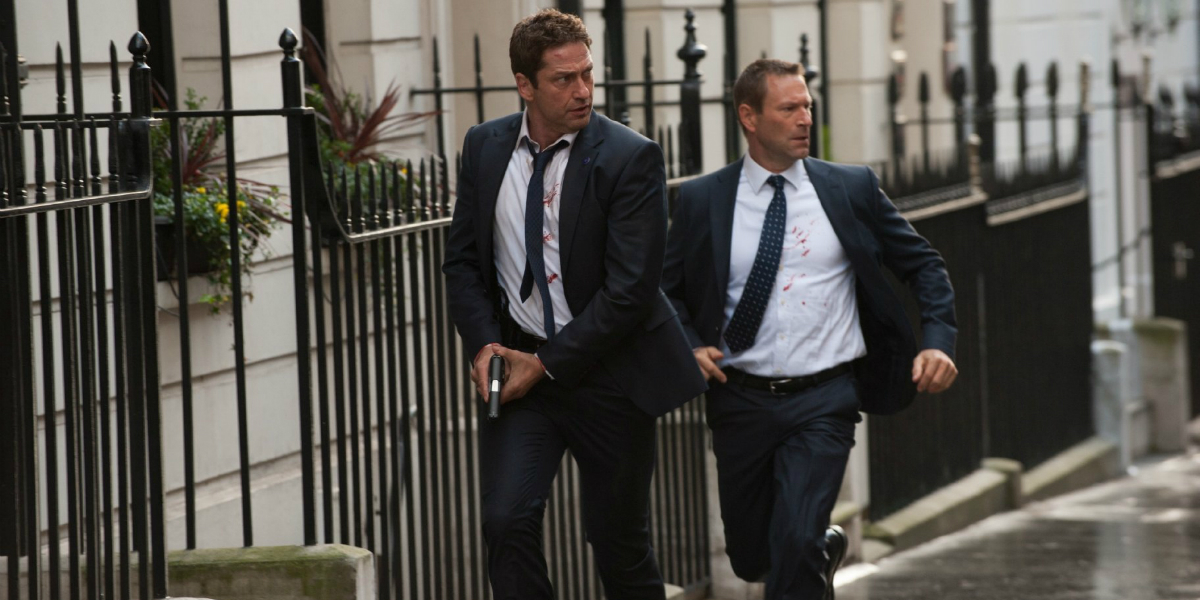 There’s less going on in this sequel, which isn’t saying much. Middle Eastern terrorists, led by Pakistani arms dealer Aamir Barkawi (Alon Moni Aboutboul) attack London during the funeral of the British Prime Minister, with devastating consequences. Of the world leaders in attendance, only the President of the United States, Benjamin Asher (Aaron Eckhart),survives in initial attack. Stranded in the city, now a war zone, Asher and his trusted Secret Service agent, Mike Banning (Gerard Butler), must shoot their way out to survive. There’s also a lot of stabbing.

Enjoying London Has Fallen is an uncomfortable experience. The script is below an acceptable quality and when people talk, you’ll wish they hadn’t. It’s also a film of very poor taste, and will do nothing for the erroneous negative sentiment regarding Middle Eastern cultural that exists in some people’s minds. London Has Fallen is culturally counter productive. And yet there’s a clarity of vision in the way Najafi progresses the two central characters of Asher and Banning. There’s also a welcome spacial awareness to his action scenes. Space is an undervalued commodity in action. Think about Terrence Malick’s staging of the hill battle in The Thin Red Line or Alfonso Cuarón’s innovation in long takes in Children Of Men. Najafi’s work in London Has Fallen may not be quite so noteworthy as those examples, but there is nonetheless genuine coherence to the way he constructs action. It’s nice to know what’s going on.

Everything else about London Has Fallen is either bad or offensive. It’s a testament to the style of the action scenes that they can fleetingly make you forget just how boorish all the rest of it is. The film falls on the unfortunate side of dumb and the uncomfortable side of racial assessment. Best enjoy the shooting and the stabbing and forget about the rest, if your conscious can let you.