There are probably a lot of people out there who’ll find much to enjoy in Peter Berg’s new film Lone Survivor. It’s the latest in a long string of American combat films that focus on the powerful brotherhood that soldiers in the United States forces experience. I wouldn’t dare to diminish the bond between these men, which on all accounts is very positive and is often stronger than blood ties. But the focus on camaraderie is so glaring in Lone Survivor that the conflict in Afghanistan (the setting of Lone Survivor) seems secondary to an incredible degree.

From the outset Berg’s film appears to be more interested in how the human body can be pushed to the limit rather than warfare itself. For a short while it’s an interesting approach to the war genre, until all thought is abandoned about half an hour in. There must be such an incredible amount of physical endurance in a soldier’s life. The opening credits shows us some of the horrific training exercises that the Navy SEALs must endure, reaffirming our own less harrowing career choices.

The story is a true one, based on the memoir of Mark Luttrell, who is the titular lone survivor. I’m not giving anything away here, since it’s made clear from the initial moments that Luttrell survives the ordeal and well, the film is called Lone Survivor. We then shoot back to three days earlier and are introduced to the principle characters one by one. There’s a lot of camaraderie between the unit, and a lot of sentimentality regarding the Navy SEALS that is difficult to reconcile with the reality.

Before too long the men are debriefed about their enemy, Taliban leader Ahmad Shah. Berg’s film is about as subtle as a sledgehammer. If the foreboding score by Steve Jablonsky doesn’t illuminate you as to Shah’s malevolent intentions then the bit when one of the SEAL officers calls him the ‘bad guy’ should clear it up. 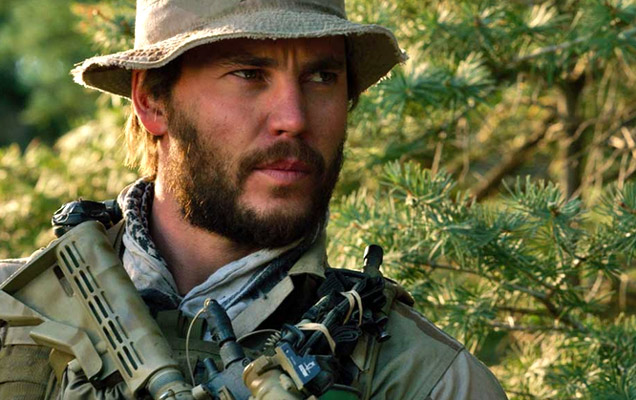 Soon enough, Hospital Corpsman 2nd Class Luttrell, Lieutenant Michael Murphy, Gunner’s Mate 2nd Class Danny Dietz and Sonar Technician 2nd Class Matthew Axelson are sent into the Afghani wilderness to track and survey Shah. There’s an eagerness to fight amongst the SEALs that may seem bewildering to some of us. “Have fun, you lucky bastards!”, a fellow soldier yells at the four men as they depart on their mission.

What these men went through was horrific. Eventually discovered and subsequently bombarded by Taliban troops, the SEALs had no choice but to try to shoot their way out, amidst an army of enemies on the most trying of terrains. There may be a compelling film in Luttrell’s story, but Berg’s is not it. As soon as the first gun fires, Lone Survivor descends into relentless, thoughtless action.

Regardless of the activities and beliefs of the Taliban as an entirety, any film based in reality that revels in the loss of human life is abhorrent. There’s a repellent feeling of relief in Lone Survivor any time an American bullet tears through an Afghani soldier. The moral dilemma as to how to present Luttell, Murphy, Dietz and Axelson’s complicated ordeal is too daunting a task for Berg, and there is little of the intelligence the story deserved.

Lone Survivor works as an action film, barely, but little more than that. It has two of the most traumatic falling-down-hill scenes I’ve ever seen, which must count for something. But there should never be allowance for unintelligent war films of such a high profile, particularly those grounded in such strong reality.