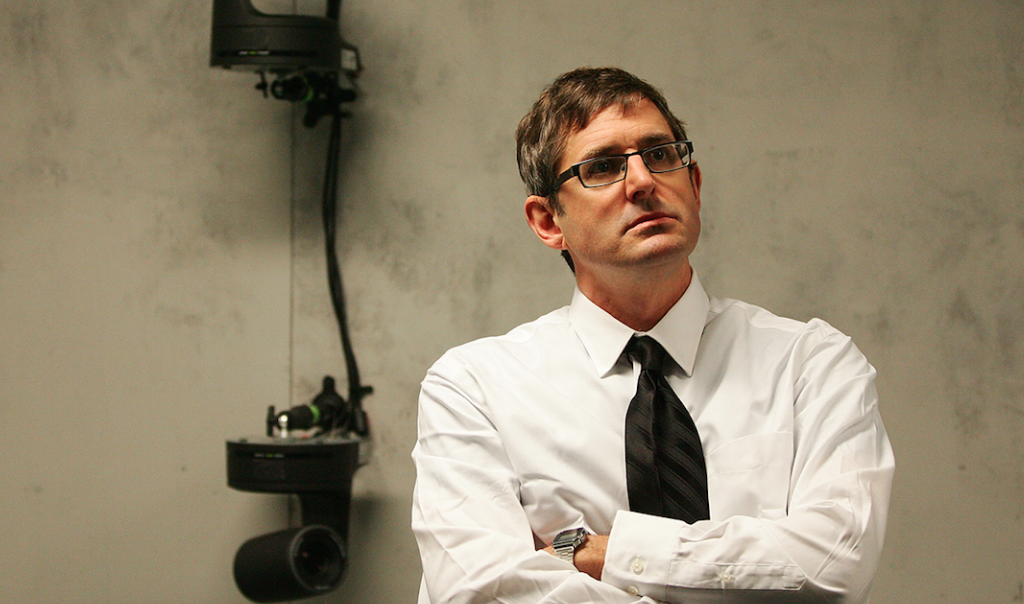 On paper at least, Louis Theroux: My Scientology Movie, is something of a heavyweight bout. In one corner you have perhaps the most bizarre and intriguing religion on earth, and in the other corner, a mild-mannered and ever-curious Brit who has made a career out of deftly engaging with cultural freak shows. The result is a film that doesn’t reach any dizzying heights, but is still revealing and funny enough to satisfy the expectations of Theroux’s keen fan base.

The biggest challenge faced by Theroux, director John Dower and celebrated producer Simon Chinn, is laid bare from the outset. The Church of Scientology is famously secretive. Not only are interviews out of the question, but external scrutiny is met with swift and sometimes frightening resistance. The church’s leader David Miscavige, who (if the film’s various testimonies are anything to go by) is a violent whacko, appeared in his first and only TV interview in 1992. Louis is simply unable to talk to any prominent believers.

Acknowledging this predicament, Louis decides to make his own film that re-enacts scenes from within the church, in an effort to shed some sort of light on its workings. He recruits former Scientology second-in-command, Mark ‘Marty’ Ruthburn, who acts as a kind of adviser.  Marty is now one of Scientology’s loudest critics and he is an intense, volatile character. “I was the baddest ass dude in Scientology,” he boasts.

Marty is an important addition to the film, not only for his insights into the Scientology machine, but because his fraught relationship with Louis is compelling and often hilarious. At one point, after Louis rather harmlessly ignores Marty’s recommendation on set, he accuses Louis of trying to start a cult of his own. 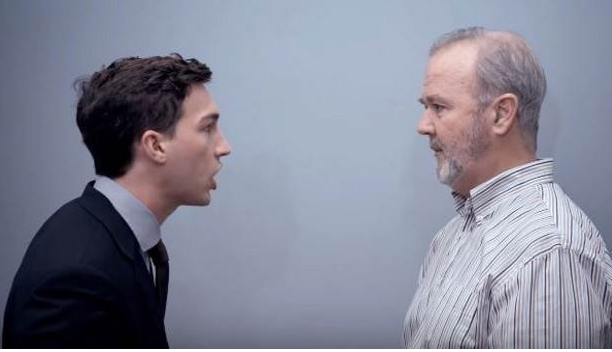 Marty has the air of unpredictability and menace that his former boss supposedly has in abundance. However, although he is happy to trash Miscavige, he is unwilling to discuss the details of his own duties as a Scientology enforcer, much to Theroux’s disappointment.

The movie-within-a-documentary model can be dynamic and engaging if done well (see Joshua Oppenheimer’s masterful The Act of Killing) and Louis and co make a decent fist of it. The audition and re-enactment scenes are fun and, at times, gripping. Through Marty’s demonstrations we are able to learn a little about the psychological “auditing” sessions run by the church.

A few other Scientology defectors are introduced along the way, all of who paint a bleak picture of their former life (pun intended).  One of those is Jeff Hawkins, whose ex-wife still works for the church and is tasked with shooing Louis away when he encroaches on the boundaries of the church’s high security compound. Perhaps the most exciting and enlightening moments in the film are those in which Louis and Marty are being followed, filmed or confronted by Scientology henchmen. In these peculiar stand-offs, with cameras pointed like assault rifles, Theroux’s trademark resolve and awkward humour shine – “Are you making a documentary too?”

But despite all this, it’s hard to get passed the fact that only one side of the story is presented, even if the other side of the story is impossible to obtain. You never feel like you’re getting the full range of informed opinion. And, although the ending doesn’t necessarily disappoint, there were times when the film seemed poised to reach a greater level of drama, but didn’t. Those looking for a grittier and more vivid window into the church should check out Alex Gibney’s Going Clear: Scientology and the Prison of Belief. Still, Theroux’s project, although limited, is certainly entertaining and insightful enough, bringing together some colourful characters and more than a few good laughs.