"Being trapped in their homes has already inspired all sorts of creative types to produce profound works of art, and Jon Garcia’s new independent film joins that list."

"Those looking for love have suffered in a particularly acute way, because it might be easy for others to shrug off dating as a luxury rather than a necessity."

There will be any number of films made over the next decade that will look back on our current pandemic. Let’s hope the pandemic will actually be over for most of that time. But there’s some question as to how much those films will resonate with us, after we’ve put this weird period in our lives behind us. While once-in-a-century pandemics are the type of world history events that tend to engender plenty of reflective art, it’s also easy to imagine this period quickly starting to feel like an anachronism from which we want to move on, never to look back. Even within the timeframe of the pandemic in progress, that period of worrying about our next roll of toilet paper already feels like ancient history. 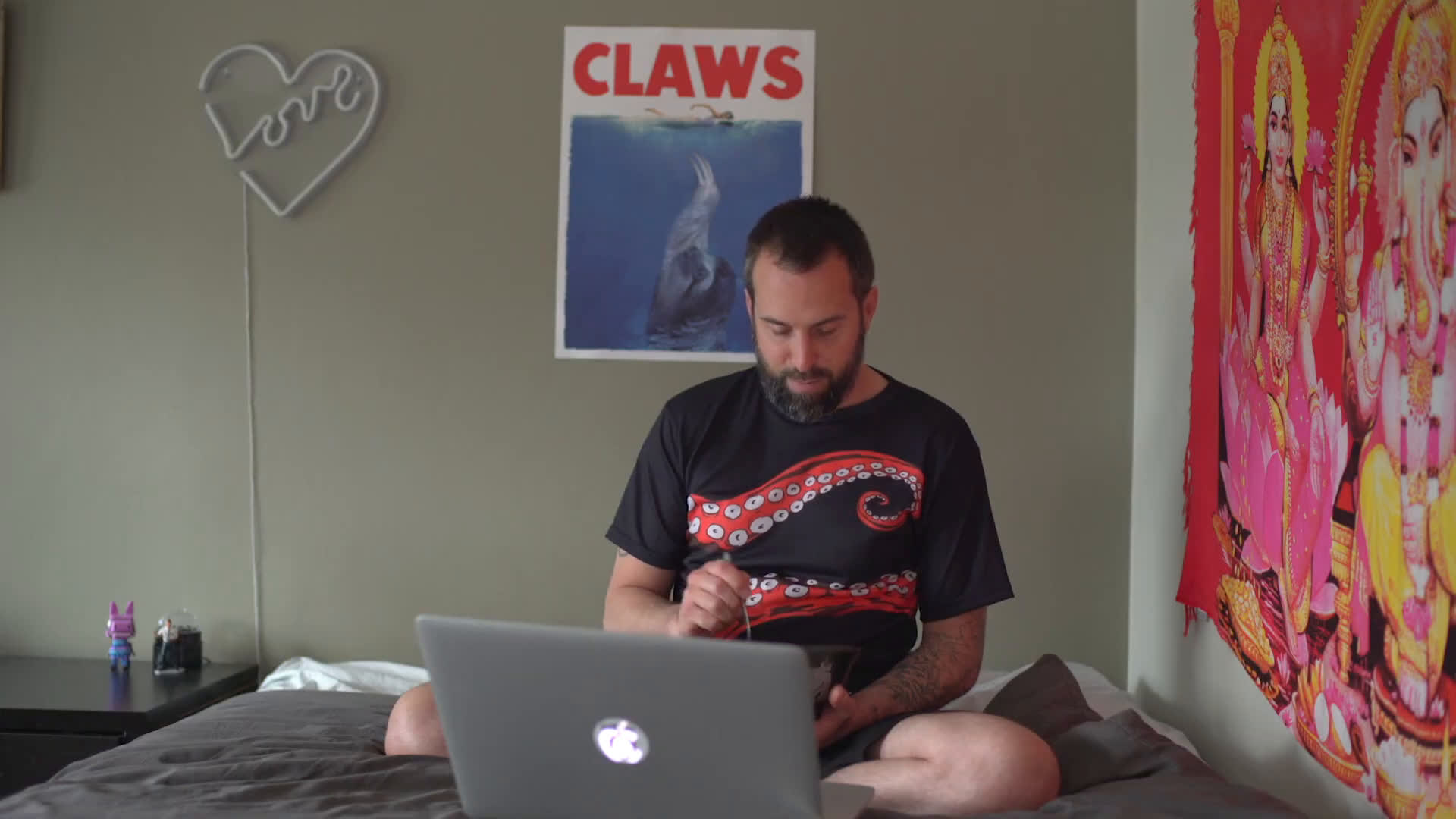 Which is why it’s good we can have movies like Love in Dangerous Times now, when we’re still in the thick of it, when its existential questions are still foremost in our minds. Being trapped in their homes has already inspired all sorts of creative types to produce profound works of art, and Jon Garcia’s new independent film joins that list. It’s the story of how we connect, or fail to connect, with people when we’re unable to connect with them physically, and whether any of this will still be the same once 2020 is in our rearview mirror.

The story follows Jason (Ian Stout), a would-be playwright who greets the onset of this virus – it’s never referred to as either coronavirus or COVID-19 – with a scepticism of both its severity and its contagiousness. It wasn’t just Donald Trump trying to downplay the virus in its early days, as any number of others refused to believe we might be on the verge of a total paradigm shift in our social lives. Jason’s hesitancy is inspired in part by his current situation, as he’s on dating apps trying to meet his soulmate. His divorce, his foundering career, a successful brother and a distant father on the other coast of the U.S. have all left him at loose ends, wondering if he might die alone – even before something came along to actually potentially kill him.

The action rarely leaves Jason’s Portland apartment, but we meet other characters over Skype, or Zoom, or FaceTime (the film doesn’t specify the platform). One of these is Sorrell (Tiffany Groben), a former professional soccer player whose career was cut short by injuries. She’s got her guard up for creepy guys and Jason doesn’t initially present himself well, but they make it to a second video call and things start to progress from there. As time passes and people they know start getting infected, they begin wondering if they’ll even get to meet IRL before everything goes really pear-shaped – especially as Jason is delivering food for the restaurant where he works, bringing him within sneezing range of his customers.

Love in Dangerous Times is an exemplary specimen of its form, the independent film. Films existing on a small scale with a scant few characters have the power to place us really intimately into the characters’ heads, in addition to being cheap to film and comparatively easy to execute. Jason’s head is the one we are obviously in most, the only one who has the camera in the room with him. But it’s a real tribute to the other performers, particularly Groben, that we feel like we are in their subjective experiences as well. Skype (or Zoom, or FaceTime) could have a distancing effect on a viewer’s sympathies, but both this pandemic and this film reveal the depths we must, by necessity, glean from these interactions. The video call is no longer a visual alternative to a phone call, transactional in nature, but an actual conduit for physical and emotional intimacy. 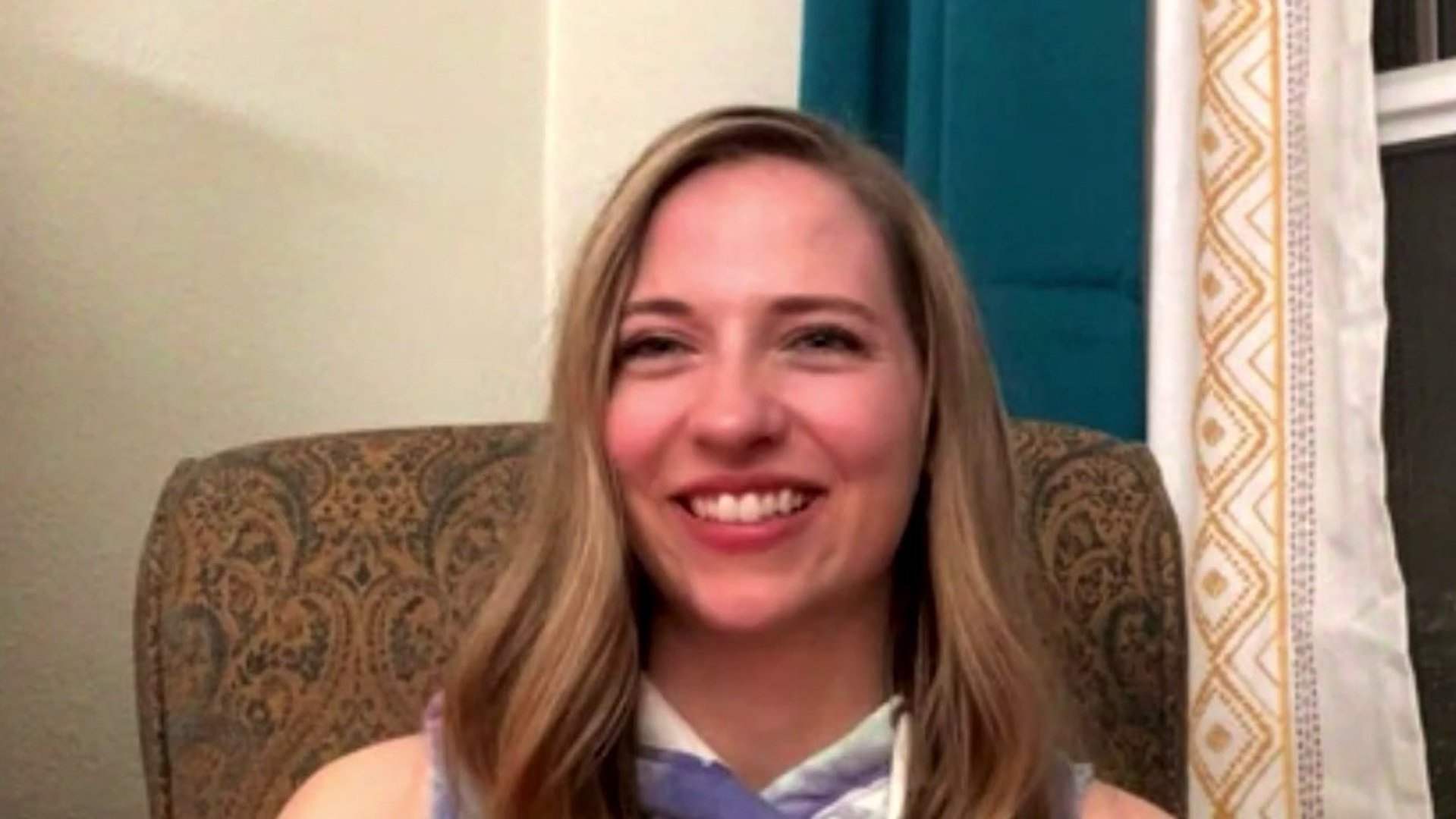 The details of Jason and Sorrell meeting one another are not exceptional. They feel true, but you might find them in any romantic comedy. What makes their budding relationship exceptional is what the actors bring to it. When you don’t have the intuitive elements of a face-to-face meeting to rely on, you are left interpreting micro-expressions, and Stout and Groben give us plenty of them to savour. We can see their fragility, their vulnerability, in the small adjustments they make. When one makes a quick recovery from a potentially awkward moment, procuring a relieved grin from the other, we feel that relieved grin creeping across our own face. Simply put, we are invested.

And it’s even easier to be invested when what we’re watching mirrors our own lives so closely. If, here in Australia, most of us are lucky enough not to have lost a loved one to COVID-19, we’ve undoubtedly suffered from some other aspect of the pandemic – lost wages, lengthy separations, even just the feeling of going stir crazy. Those looking for love have suffered in a particularly acute way, because it might be easy for others to shrug off dating as a luxury rather than a necessity. You can find love any old time, right? That’s not how it feels when you’re in that space, and when isolation only confirms the worst kinds of pessimism about your future prospects that are scurrying around in your head. When you’re looking for love, the opportunities always feel finite. 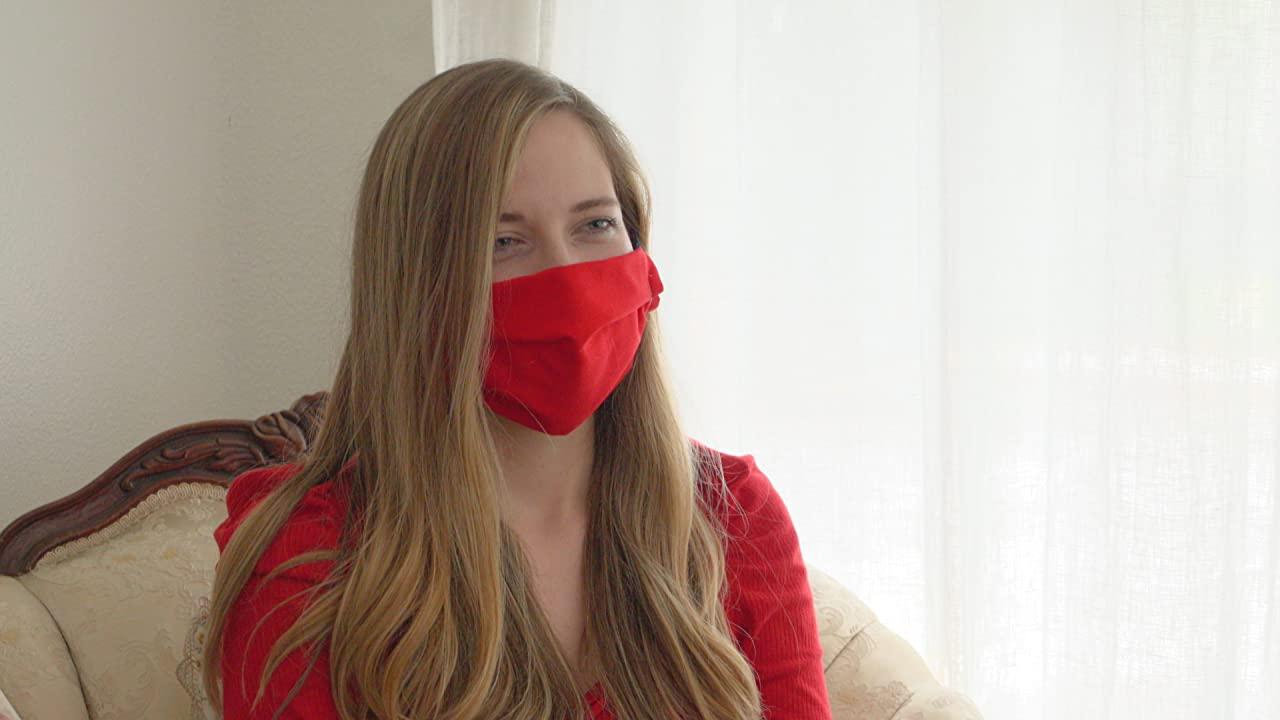 Love in Dangerous Times has its finger on the pulse not just because it was both made and released during the pandemic, but because of its choices in its pandemic-related content. Without going into particulars, there are a couple scenes near the end that feature characters sharing the same space. These contain common types of physical interaction, both indulged in and resisted – this last in striking fashion. One particular moment between two old friends – Jason and his bestie Ishmael (Jimmy Garcia) – is both an immensely satisfying release, and a provocative reminder of just how dangerous all this really is. It’s a reality of the human heart that as much as we need to stay healthy, we may need love more.