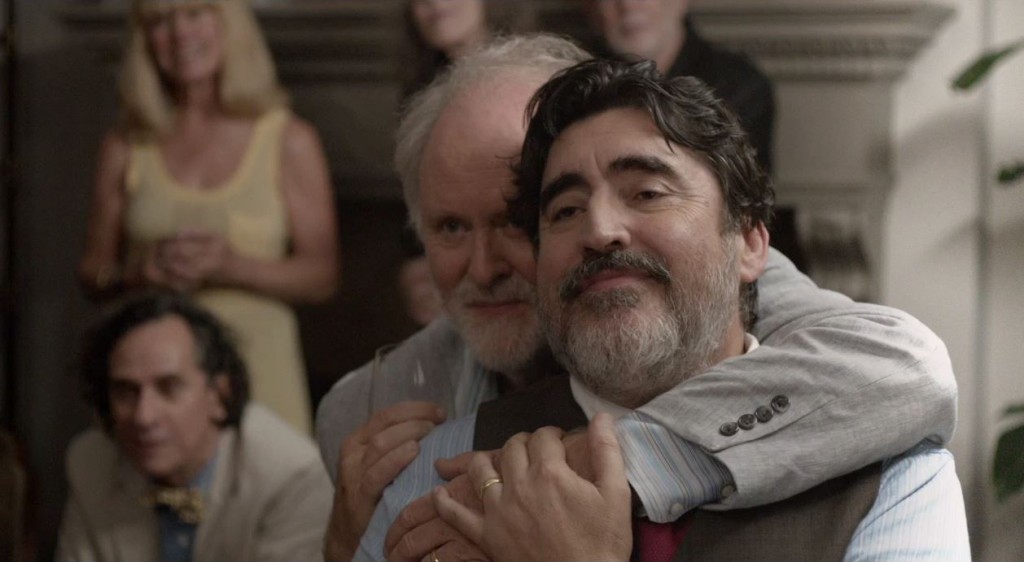 Few movies have the potential to do more for the gay marriage movement than Ira Sachs’ Love is Strange – more with less, at that. The movie is small in scope, but it also seems to be small in intention. By using delicate rhythms and actors we have appreciated for decades, Love is Strange might not only make gay marriage seem acceptable to the skeptics, but it could even make it seem just plain normal. Of course, films as low-profile as this rarely get seen by enough people to truly make that difference.

Those familiar actors are John Lithgow and Alfred Molina, who play Ben and George, a couple of New Yorkers approaching retirement age and just getting the right to marry after nearly four decades together. Ben is a painter with inconsistent/negligible income, so their finances rely on the money George makes as a music instructor at a Catholic school. The school has countenanced George’s relationship with Ben for years, but once George goes public with pictures of their wedding on social media, the church decides its hand has been forced and that the school can no longer employ him. Without the nest egg they would have hoped to build by now, Ben and George are forced to sell their apartment and live with family and friends during what they expect will be a short transitional period. Ben is taken in by his nephew (Darren Burrows), his nephew’s wife (Marisa Tomei) and their teenage son (Charlie Tahan), while George finds a spot on the couch of a pair of gay policemen (Cheyenne Jackson and Manny Perez), who enjoy a partying lifestyle. With cutthroat housing and job markets, though, it’s unclear how long the newlyweds will have to live separate lives. 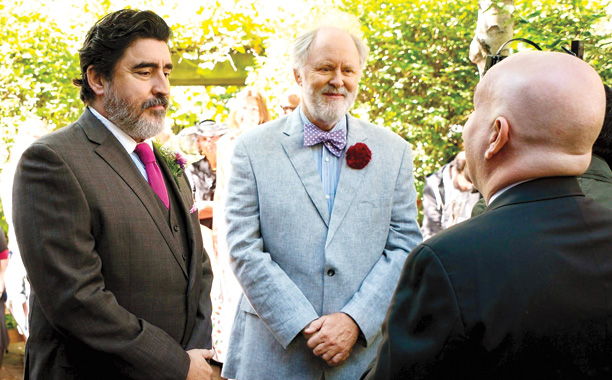 Sachs’ approach to this material is as clean, uncluttered and graceful as the piano score that provides a consistent accompaniment to the action. If there’s any outrage in this story, it’s in the margins. The sexuality of the two leads is so incidental, in fact, that it only matters in terms of providing a plot point that sets the rest of the action in motion. This is a story about people struggling through the daily indignities of being a burden on friends and family, about the vicissitudes of fate, about the law of unintended consequences, about the strengths and failings of love as a means to survive hardship. Sachs instinctively avoids the hard sell of why George and Ben deserve to marry without being punished for it. He knows that it is far more effective to just illustrate the connection that has developed between them over the course of a relationship longer than most marriages, which makes them effortlessly sympathetic on a basic human level. It’s a tragedy that by giving a name to what they have, they put their lives on a path toward ruin, but it’s not a tragedy they bemoan by balling their fists and shouting at the sky. They just poignantly persevere.

Lithgow and Molina are both outstanding, but Lithgow has the tougher and slightly more prominent role. As the houseguest who gradually becomes unwanted, Lithgow must walk a very fine line – he must live the lifestyle of a 70-year-old in failing health, which involves a lot of time around the house, without being under foot. He does not succeed. Most put out is the teenage son, who has given up the lower half of his bunk bed to Uncle Ben. Charlie Tahan plays him quite effectively as a confused kid with a weak filter on his emotions, and it’s his careless words that cut Ben to the quick. In truth, though, Ben understands the awkwardness of his own circumstances more acutely than anyone else on screen – especially given that it all should have been avoidable.

It’s the stoical Molina, though, who gets the film’s only moment in which one of them yields to the building frustration. Having survived all manner of late-night parties centered around the couch where he sleeps, George one day hits a breaking point where he visits his husband and just collapses into his arms, in tears. In that moment, it must seem to them that life is the thing that’s strange. Love is what’s normal.