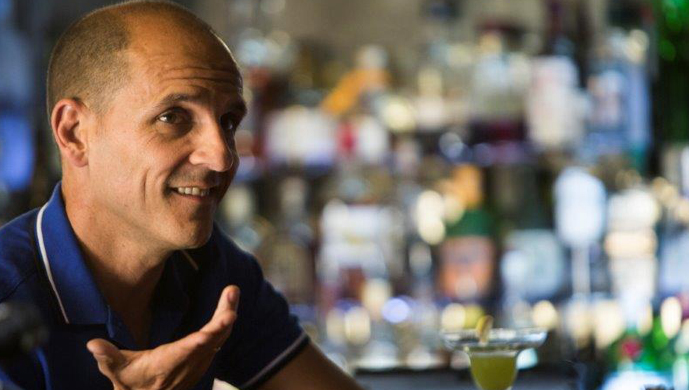 Manny Lewis makes the crucial mistake of taking a comedian with a unique presence and trying to fit him into a generic romance film. Carl Barron, the Australian comedian known for his observational humour, plays the titular Manny, though if the character shares nothing in common with Barron biographically he certainly does in his demeanour and humour. Exactly how much of Barron is in Manny’s character is hazy, like Jerry Seinfeld in Seinfeld, Adam Sandler in Funny People and Woody Allen in a lot of his roles, although there’s unquestionably the impression that Barron found inspiration in his own experiences when writing the film, co-written with director Anthony Mir.

Manny is a successful comedian dealing with the weight of fame. He connects with the public through his comedy, but with the exception of his manager Jimmy (Damien Garvey) he has no meaningful relationships and seemingly no prospect of romance. Struggling to overcome his emotional isolation on a particularly lonely night, Manny calls a sex hotline and is connected to ‘Caroline’. He recognises a kinship with Caroline, despite feeling inadequate as a result of opening up to a stranger. Soon after, he meets Maria (Leeanna Walsman) at a cafe. The two exchange numbers and they start to date. Unbeknownst to Manny, Maria and Caroline are the same person. 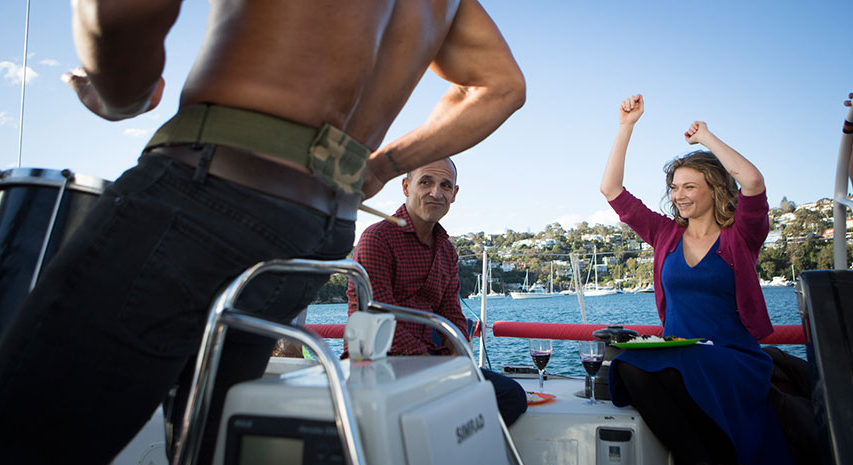 Where this should have become interesting is when Manny calls up ‘Caroline’ after his first date with Maria and confides in her all the things that went right and all the things that went wrong. It’s a neat idea for a romantic comedy – one of the parties is entirely aware of just how the other one feels by way of inadvertent admission. It’s also a concept ripe for conflict as well as conflict resolution and yet Manny Lewis leaves these opportunities almost entirely untouched, instead choosing to focus on Manny’s intimacy problems – intimacy in the most wholesome sense of the word that is.

The thing is, he’s not a particularly congenial fella. There’s nothing awful about Manny but there’s no crucial element of like-ability or charm. Maria/Caroline, on the other hand, radiates warmth and charm and it might not be such an unreasonable question to ask exactly what she sees in him as well as whether he actually deserves to be with her.

For a film conceived and written by Carl Barron, the comedian’s presence is never strongly felt, ultimately suggesting that anyone could have played the role of Manny. It’s light stuff and oftentimes painfully derivative of weary romantic comedy tropes but the film breezes along pleasantly, much in thanks to the glowing performance from Walsman. The real problem is that Barron’s presence implies an individuality that Manny Lewis is clearly reluctant to deliver.