"Factually accurate or otherwise, the manner in which Rourke presents her Scottish queen's story is underwhelming."

Historically speaking, women have always come up disproportionately short. With a cursory gaze across the memories of history, one gets the impression that personages such as Cleopatra and Catherine the Great remain in our historical awareness in spite of male influence, not because of it. That Mary Stuart and Elizabeth 1 found themselves ruling neighbouring kingdoms concurrently is undoubtably a noticeable occurrence in its irregularity. The twosome might have made for subjects of a fascinating film.

Josie Rourke‘s Mary Queen of Scots is not that film. It is more soap opera than it ought to be. And though history has proved itself capable of narratives worthy of soap opera, Rourke’s film is more Days of Our Lives than War of the Roses. I was beleaguered by the impression, my minimal knowledge of Mary Stuart notwithstanding, that a lot of information being presented by Rourke was misleading in regards to the truth. The film is also certainly very interested in the more salacious aspects of its subjects. I will say this for Mary Queen of Scots, there was a great deal more awkward cunnilingus than I was expecting and “Have faith in me” is a wonderfully layered request with which to begin the practice. 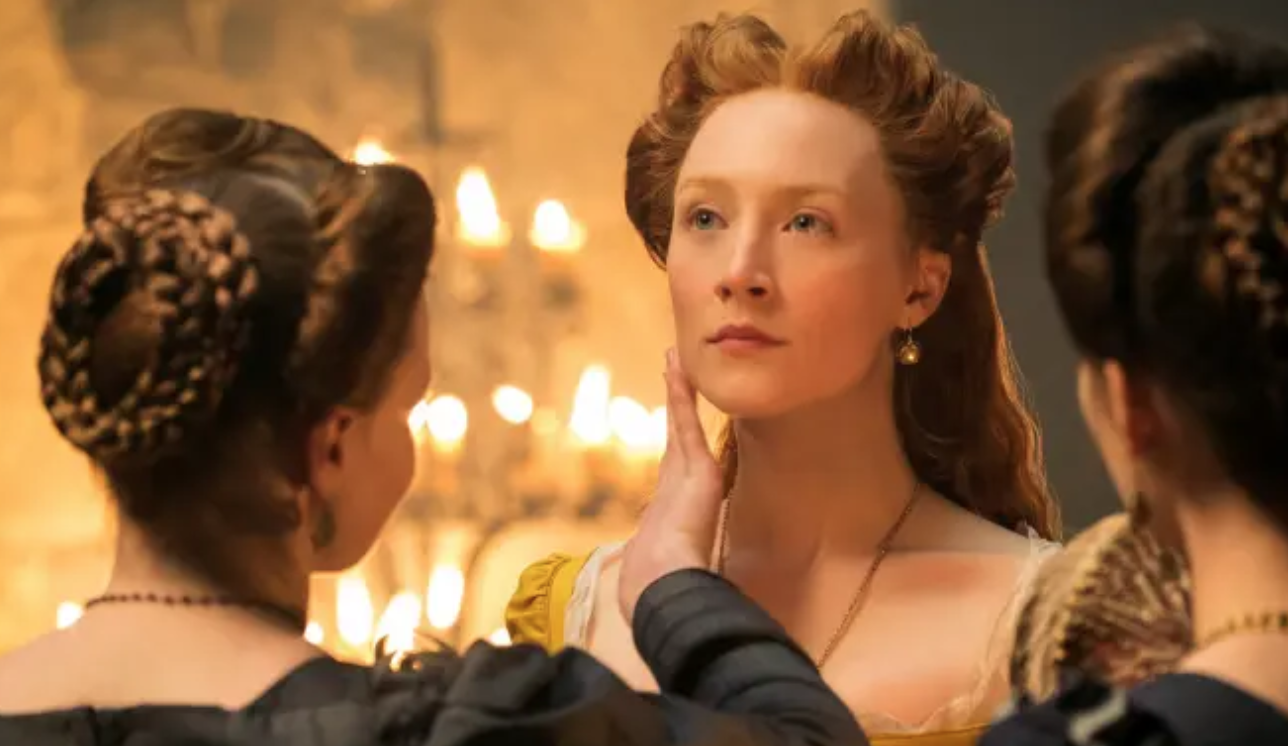 Factually accurate or otherwise, the manner in which Rourke presents her Scottish queen’s story is underwhelming. The film is a paradoxical blend of confusion and lack of subtlety. Some characters motivations or plot points are entirely clear without a great deal of explanation, nonetheless enjoying a great deal of explanation while more compelling, cryptic elements remain maddeningly ambiguous. That ambiguity persists in spite of Rourke’s affection for highlighting meaningful staring, of which the film contains much.

The film pushes the theological struggle between Mary (Saoirse Ronan), a Catholic, and Queen Elizabeth (Margot Robbie), a Protestant, and the naturally fascinating political turmoil that the divide between the two ideologies created, to the background. Rourke, and screenwriter Beau Willimon, are more interested in exploring the role that gender played in the relationship between Mary and Elizabeth.

Squabbling men fill both courts, romantic drama dominates the political spheres of both England and Scotland. There’s some seriously explicit feminist allegory here that might have been far better served by a defter quill. Those broad strokes combined with a crucial lack of coherence in regards to exactly what the filmmakers are wanting to convey fundamentally accomplishes little more than a whirlwind of thematic and narrative disorder.

I’m inclined to suggest it is Rourke’s slight experience in the medium – she is predominantly known for her work in theatre – that explains the films failings though first time directors have proven themselves capable of marvellous work in the past, many times. Mary Queen of Scots is plagued by uneconomical, thoughtless filmmaking.

About halfway through the film, there is a scene in which Queen Elizabeth  approaches a newborn foal that is in the process of feeding. The queen pats the horse timidly. “It’ll make a fine stallion one day,” a nearby man, never introduced, says to her. He offers her an encouraging nod. And then the scene ends. 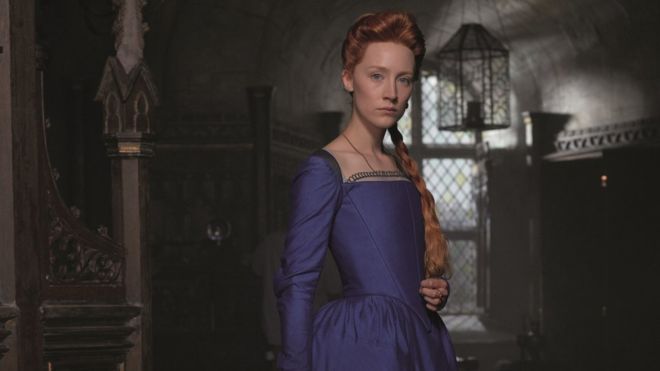 The scene, and the foal, is a metaphor for the queen’s infertility, but the scene smacks of dead weight, something that ought to have come to a halt on the cutting room floor. It is not intelligent filmmaking, and intelligence ought to be critical for a film like Mary, Queen of Scots. I doubt there is much of a crossover with Paul Blart: Mall Cop enthusiasts and Mary Stuart history buffs. In case the horse metaphor isn’t clear enough, we are treated to an even more transparent interpretation of Rourke’s intentions, only moments later. The horse scene is a scene dedicated to nothing in a film that craves more information, and more information more succinctly conveyed.

“How did it come to this?” Mary asks towards the end of the film. It is a good question in the face of waned interest. It is also a question that Mary Queen of Scots can’t adequately answer. I suspect that Josie Roarke may actually have been far more interested in the sweeping Scottish landscapes – admittedly impressive – than she was in anything Mary, Queen of Scots did.