"This is the sort of university where 19th century portraits hang on its walls, and Jasmine at one point has a vision of one of these old white men with his face half missing."

" The insufficient diversity at this university has left them all in a hopeless place where their ideals are confused and compromised."

With Get Out, Jordan Peele pioneered (or at least reintroduced) a vital horror subgenre: the movie that’s scary because it applies fantastical horror tropes to the real awful behaviour of white people. Other recent examples of the phenomenon include Antebellum (2020) and Candyman (2021), the latter actually a remake of a 30-year-old movie – hence the waffling in the first sentence about whether Peele invented or just dusted off the subgenre.

Master, the new Amazon Prime film from director Mariama Diallo, takes the core concerns of Get Out and sets them in academia – in other words, the most totemic old white boys’ club there is. If it’s not as effective as Get Out and the films that came in its wake, it’s not because a handful of movies have already exhausted the topic. But it might be because a handful of movies, in a relatively short period of time, need to keep presenting distinctly new angles so as not to feel like the same themes are just being repackaged. At least it’s one of the more urgent themes out there, perhaps requiring extra effort to drill into the thickest skulls in the viewing audience.

Fictional Ancaster College is a posh New England university that likes to toot its own horn, talking apocryphally about how rejected applicants have had to settle for their “safety school”: Harvard. It’s the schools that go back multiple centuries that are often the slowest to adopt anything but the most token sense of diversity, and Ancaster is one of those. A fellow classmate tells new student Jasmine Moore (Zoe Renee) that a particular social resource is a great place for students of colour – “all eight of us.” She might not be exaggerating.

The school is also proud of naming its first Black house master, Gail Bishop (Regina Hall), patting itself on the back while never letting her forget that she’s a unicorn within their ivory towers. The school is also considering the application for tenure of one of its only Black faculty, Liv Beckman (Amber Gray), whose candidacy is complicated by a scant publishing record – not to mention the official complaint Jasmine has raised about the failing grades Professor Beckman has been giving her. No one said these things are uncomplicated. Diallo identifies a sliding scale of intolerance in which apparent allies are dragooned into a nasty game of scrutinising each other’s faults, in order to win friends on “the other side.”

Another complication: The school is haunted. There’s a legend of a witch walking the school’s wintry grounds, a witch whose MO is to pick out a new student each year and drive her crazy, culminating in a leap out a third storey window at exactly 3:33 a.m. I guess most of these leaps are not fatal, otherwise all the new applicants would opt for their safety schools. 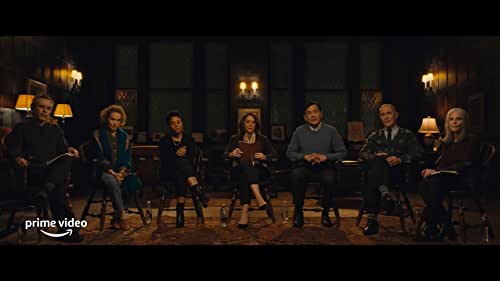 If a witch and undeserved failing grades were not enough of a concern for Jasmine, she must also weather the belittling comments of her classmates that are intended as jokes – or so they say. While superficially welcoming her in, her peers also make a game of trying to figure out which Black celebrity she most closely resembles. And when one of those forever faulty metal detectors at the library exit goes off when she attempts to leave, you better bet that librarian is going to go through her backpack. You can see in the librarian’s eyes she has considered a strip search and decided against it.

Outside of the obvious reprehensible actions of the white students and staff – these are some of the most hoity toity academics you’ve ever seen – Master is at its scariest when it presents the school’s founding fathers as literal ghouls and goblins. This is the sort of university where 19th century portraits hang on its walls, and Jasmine at one point has a vision of one of these old white men with his face half missing. It’s like skeletal proof of the rot and moral corruption that dates back to the origins of the school. The building themselves are equipped with the unmistakable tools of the servant class, whose identity is confirmed by photographs in which Black maids can be seen cowering at the edge of the frame as the deans and professors boast their entitlement in the foreground.

All this stuff is great. It doesn’t really go with the witch stuff, though. We get occasional glimpses of characters dressed in puritan garb, who seem from a much earlier time, though it’s not always clear whether they are present day characters, maybe akin to the Amish, or figments of the characters’ imagination as they feel the walls of the university closing in. That feels like a very different group of people than the racist old 19th century academics, and the two don’t meet in a way that convinces you of their relationship. The horror iconography suffers from a resulting indecisiveness.

Of course, one assumes that the more pressing inspiration for this movie is a continuation of Peele’s timely message that white people are crazy, their apparently welcoming smiles forever hiding something sinister. As was the case with Get Out, the horror needs to exaggerate a bit to demonstrate something real – without which the aforementioned thick skulls might not comprehend it. The literal monstrosity of these characters is just an amplified version of their figurative monstrosity. 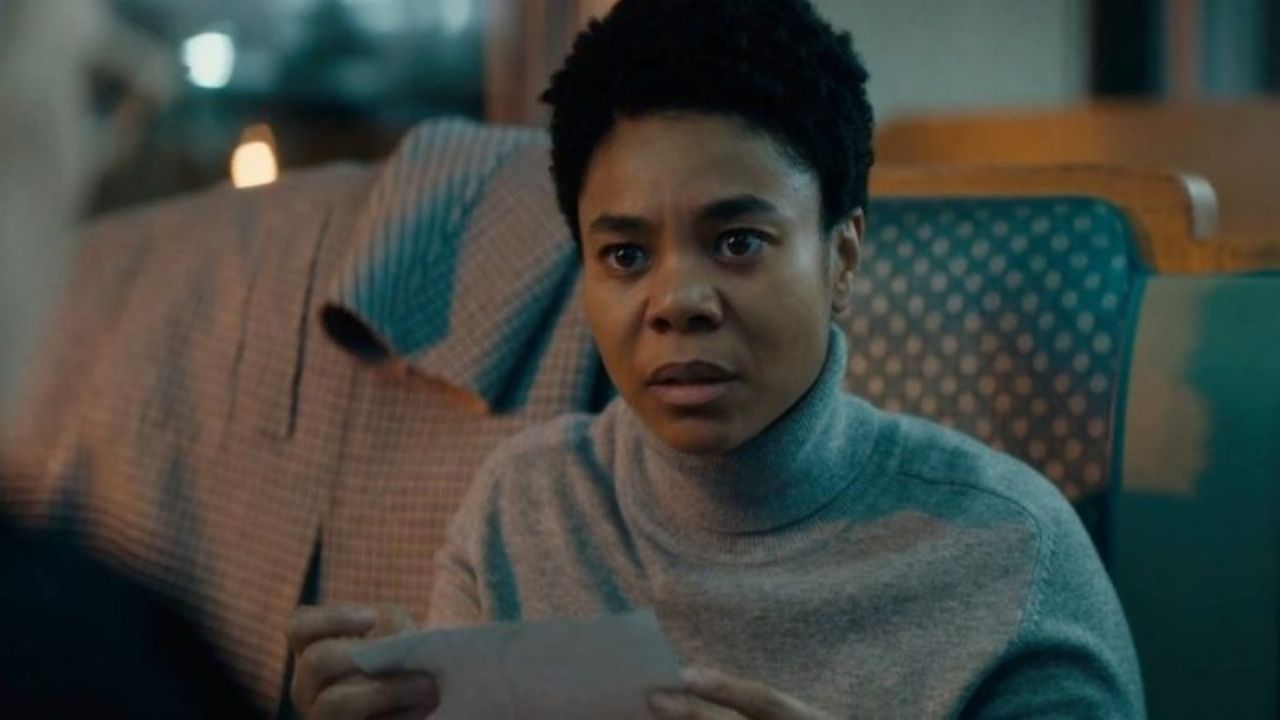 It’s the relationships between the Black characters, though, that exemplifies Master’s capacity for nuance. In addition to the uneasy relationship between Jasmine and Professor Beckman, Gail herself, the master of the title, has her doubts about her closest friend at the school. She wants Beckman to get tenure, but perhaps isn’t sure if her credentials really warrant it, and is also suspicious of her axe to grind with Jasmine. The insufficient diversity at this university has left them all in a hopeless place where their ideals are confused and compromised.

So let’s put it this way: Master may not be surprising as such. Not every film can have the earth-shattering cultural impact of Get Out. But it makes for a useful new entry in a subgenre which, other than trying to shock us in the traditional sense, wants to shock us out of our complacency, in the hopes that one of these artistic gestures will eventually make a difference.