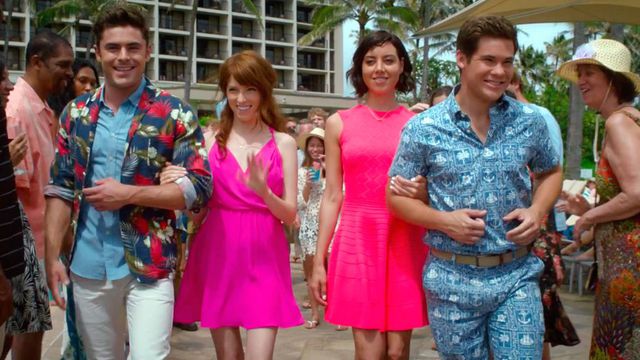 Getting hit in the head by the tyre of an airborne all-terrain vehicle must feel something like a punch from a heavyweight boxer wearing rubber-plated brass knuckles. The fact that the actual surface is slightly pliable is more like a sick joke than any real measure of relief. The contusion still knocks you flat out on the ground. You’ve still got blood and saliva coming out of facial orifices you never knew you had. But I guess you should be glad it wasn’t five percent worse.

Watching Mike And Dave Need Wedding Dates is as painful as that. But it probably could have been five percent worse.

That’s the most you can say about this generic comedy featuring two generically named guys, in which indeed such a facial injury does occur. It’s the sister of these two generically named guys who takes an errant ATV wheel to the right side of her face – the same sister who is set to get married about 24 hours later, who mandates that her two clownish brothers bring dates to her wedding so they won’t ruin yet another family gathering with their horn-dog antics gone awry. And it’s probably only the 12th or 13th broadest thing that happens in the movie. Stars Adam Devine and Aubrey Plaza are working extra hard to deliver most of the top ten, while Zac Efron and Anna Kendrick are relieved of the duty of trying to be funny, but are no less to blame for the unmitigated failure of Jake Szymanski’s laughless comedy. 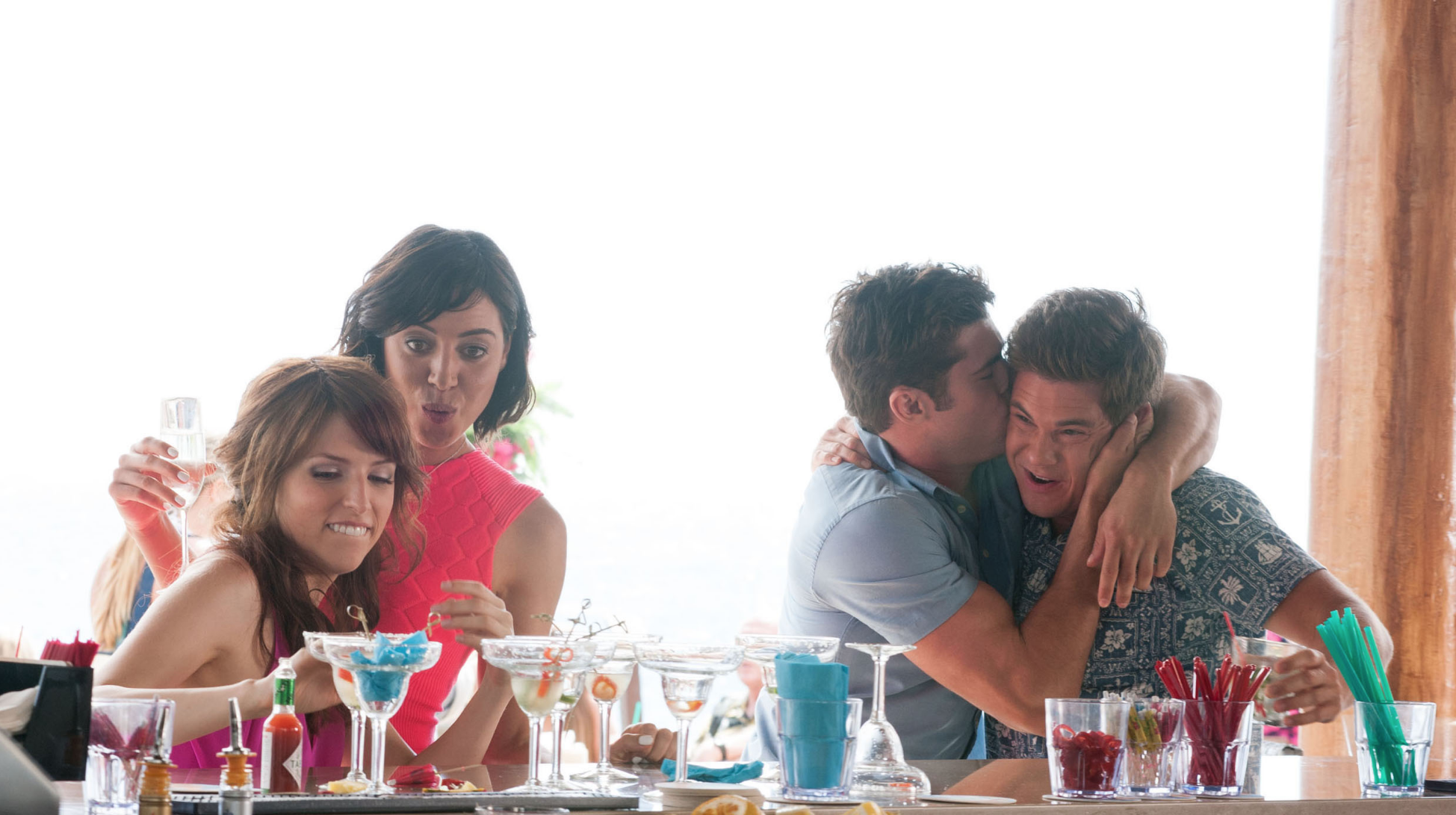 Mike And Dave Need Wedding Dates is vulgar, both in the sense of being common and in the sense of overflowing with profanity. It has a decidedly low opinion of the typical level of discourse between members of the average family, as Mike and Dave’s dad (played by Stephen Root) is just as happy to drop an f-bomb as his sons, and the script peppers the word “fuck” with such flagrancy that it’s like a teenager trying to show off his new linguistic repertoire. That’d be fine in a movie about a hardscrabble blue collar clan, but as the Stangles are meant to be a nice, clean-cut, average American family, it just comes off as showy and sophomoric. It’s all part of an all-out assault designed to surprise us into a guffaw or at least a sniggle, but you just sit there stone-faced as the spaghetti they throw at the wall flops to the floor like a wet mop.

It’s exhausting watching people try so hard. DeVine is the worst offender in this regard, serving as the non-studly older brother to the genetically gifted Efron. It’s his unenviable task to play the ham, a role that requires him to contort his face into a hundred different variations on shock, anger and frustration. But Plaza may be the bigger disappointment as this just continues her awful string of choices after Parks and Recreation made her a hot commodity. As April Ludgate started to annoy somewhere around series 2, Plaza has followed suit in her movie roles with the likes of The To Do List and Dirty Grandpa (which also features Efron). Neither she nor Kendrick – erstwhile a charming treasure – seem correctly cast as raunchy partiers who try to pass themselves off as nice girls in order to get a free trip to Hawaii to be Mike and Dave’s dates. 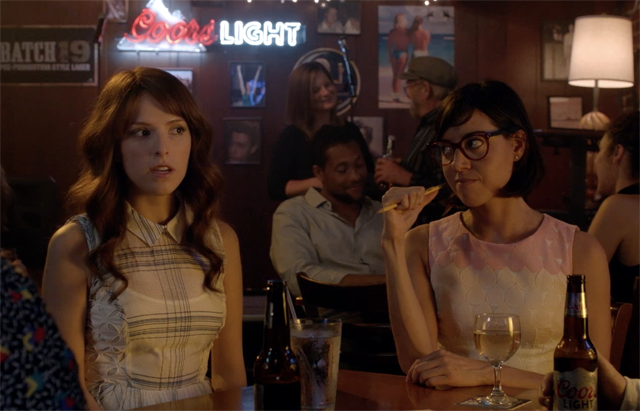 The whole setup is just uninspired. Never do we believe that Mike and Dave are actually brothers, nor that someone who looks like Efron would ever have trouble finding someone to date him. Except that’s not really the idea – the idea is that the guys would prefer to hit on girls at the wedding, obviously taking their inspiration from something like Wedding Crashers (which they actually mention in a line of dialogue). When they agree to their sister’s request to shackle them to the women they came with, it takes the form of an internet personal ad that develops a life of its own and eventually lands them on a famous talk show. As if. We’re meant to believe that a trip to Hawaii is such a powerful aphrodisiac that it brings a hilarious cross-section of women (and men) out of the woodwork to audition to be their dates. And in fact, just to highlight how hilarious this cross-section is, the movie resorts to that good old “bad applicant montage” – you know, where the brothers sit across the table from a ridiculous array of has-beens and never-weres. The last time this was pulled off with any modicum of freshness was sometime around 1993.

Mike And Dave Need Wedding Dates has exactly two things going for it. One is the fact that their sister is marrying interracially, a detail that is included just casually enough not to seem like a calculated attempt to broaden the film’s demographic appeal. The other is comic actor Kumail Nanjiani of Silicon Valley, who simply can’t be unfunny and extracts some welcome absurdity from an otherwise tired bit about an unconventional masseuse. Nanjiani would have deserved even more credit if he’d been able to extract himself from the movie entirely.