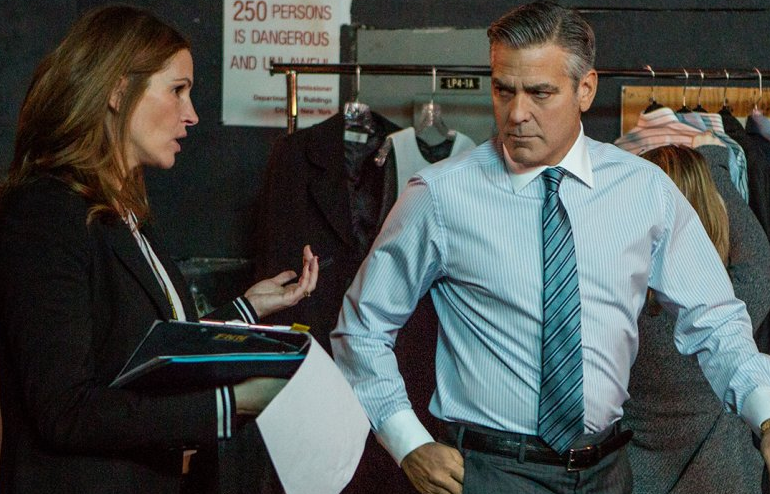 In recent years, movies that hold the financial 1% accountable for the global economic crisis have taken the form of indie dramas from the little guy’s perspective (99 Homes), indie dramas from the big guy’s perspective (Margin Call), comedic dramas that do a little of both and get nominated for best picture (The Big Short), and countless Michael Moore documentaries. Why Jodie Foster would want to contribute a slick hostage thriller to their number is anybody’s guess, except that she’s had a decidedly unpredictable career as a director, with as many misfires as hits. If Foster is going to miss the target, though, it’s far more preferable to do it with a movie about Mel Gibson talking to a beaver puppet (The Beaver) than a dispiriting corporate product like Money Monster.

Taking its lead from at least two Denzel Washington movies – John Q. and Inside Man, the latter of which featured Foster as an actress – Money Monster delivers us that weary old chestnut of the man at the end of his rope who tries to fight the system by holding it at gunpoint. But since you can’t actually point a gun at an intangible concept like a system, you have to choose the thing that most symbolises it. That’s why a desperate blue collar New Yorker named Kyle (Jack O’Connell) trains his sights on the blithe host of a televised money program, who drops casually crude one-liners and recommends stocks while flanked by go-go dancers. Since that host is played by George Clooney, he’s devilishly handsome to boot, likely further irking Kyle with his bad teeth and splotchy facial hair. Kyle straps a bomb to Lee Gates while insisting that if the live telecast goes dark, he will execute the smug bastard in the thousand-dollar suit. Even if his scheme seems as poorly considered as his choice of dental plan, Kyle manages to concoct a scenario where neither the police can intervene nor the cameras can stop rolling, and soon the whole world is tuned into his rants about a major conglomerate that has just lost its stockholders $800 million — $60,000 of which was Kyle’s. Lee’s director (Julia Roberts) tries to get the CEO of that company (Dominic West) to appear on camera to address these charges, in order to keep the limbs of everyone in the studio intact. 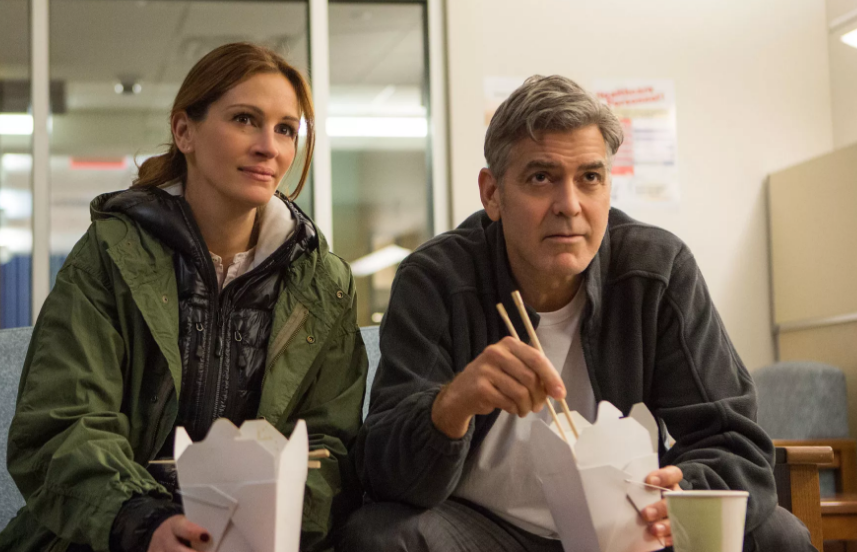 Money Monster stinks of creative bankruptcy from a kilometre away. Dated notions of the media’s omnipresence and its toxic effects on society get only the most superficial of updates by being linked up to the financial crisis, the blame for which is laid at the feet of not only the big players in the market, but the television personalities who prop up the facade. The film is most directly inspired by the American financial program Mad Money and its host Jim Cramer, who engages in antics similar to those by Clooney in his dog and pony show. But the frittering away of the money of decent, hard-working Americans is no laughing matter, people! And just to prove it, the screenplay is chock full of diatribes of varying levels of lucidity, the ones delivered by Kyle reflecting the incoherent frustration of a public duped into bad financial deals, the ones delivered by Gates demonstrating the thoughtless condescension of those who prey on them. Of course, since Gates is played by Clooney – any relation to his character Archie Gates from Three Kings? – he’s bound to grow a heart and point the gun, as it were, at the real enemy.

Those in search of surprises will find one only in how the film treats Kyle. As traditionally conceived, this character is a good and decent man with a loving family he is trying to support. His fatal flaw is that he chooses a dangerously misguided method of achieving his goals. That latter describes Kyle, but the film turns our expectations of Kyle’s family life on their head by introducing his pregnant girlfriend, who proceeds to publicly berate him for his idiocy – first financial, then criminal. Foster may think she’s adding a thoughtful dimension that complicates our preconceptions of the type of film she’s making, but instead it just seems like this film is piling on Kyle. As if the bad teeth and splotchy facial hair weren’t enough. 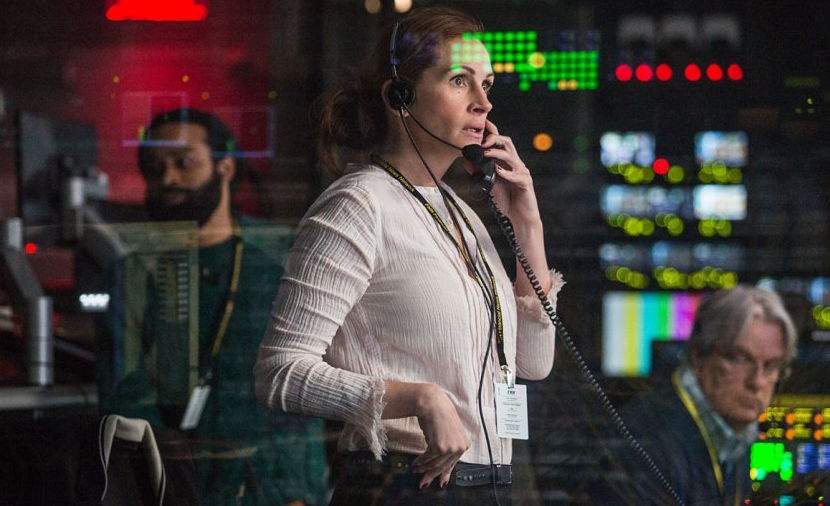 The whole thing is scored by bland corporate synth that accompanies cops in riot gear unloading from police vans as they surround the studio, and all those familiar shots of a cross-section of human people watching the events unfold on TV. Giancarlo Esposito is brought in to bark commands to hostage negotiators and other cops, and to be otherwise completely forgettable and ineffectual. Rarely will a viewer miss Gus Fring more.

Money Monster suffocates in its own self-importance. Perhaps the very nature of the outrage of this financial crisis means that any cinematic message about it must be delivered bluntly and without nuance. But there are crow bars, and then there are sledgehammers, and then there’s Money Monster. You won’t want to be hit by any of them.